You might remember that I rolled mixed single for this generation. Basically that means a mix of naturally born and adopted children and that in this case the father is single.  Since you have to move the baby mama in and then move her out afterwards I decided to have one baby that way and the other 3 adopted.  The first adoption went off without a hitch.  She was adorable as were most of the other kids.  A couple days later I look to pick another girl which will be the heir.  I wanted to pick one with a different hair color other than black since I’ve had black since the start.  No luck.  I tried every day for a sim week without luck.  Then (stupidly) I had the idea of adopting and then using the cas cheat to change a girls hair.  Well, apparently you can’t do that.  It took me to the cas but she wasn’t there. When I exited I was at the last place I saved.  It was Sunday and it took me to Friday.  So then I looked and found another adorable girl and a red head!  I adopted her and saved the game then and there.  The next day I decide to look for the last child and pick a boy.  When he arrives it turns out he’s older than the girl I just adopted and would be heir.  Ugh!  So I had to close the game and when I open it again I’m back to the save on Friday when I had just adopted the girl.  I wait a couple of days and find the cutest boy so I’m glad it messed up.  But all in all I figure I lost about 2 hours of gameplay and Andy had his birthday 3 times!  Well, that’s my rant on adoption.  On to the update… 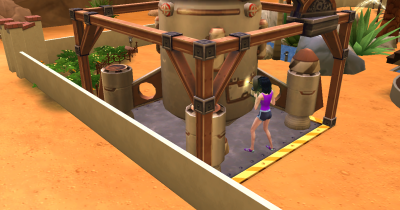 Sophie starts building the rocketship.  So far she hasn’t used it much, I thought she’d need it for her job but it’s been exercising every day instead.  Oh well. 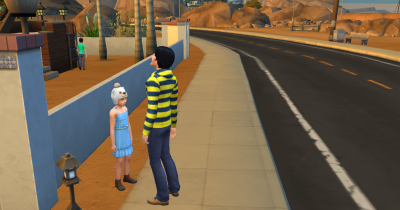 Jace adopts a daughter Eva.  Her trait is loner which won’t be good in a big household.
Vance ages up to adult.
Jace completed the fossils collection.
Jace aged up to adult. 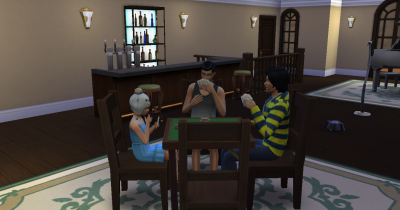 Eva, Vance and Jace playing cards.  This is the first card playing table I’ve had in this game.

Andy ages to teen.  He aged to teen 2 more times due to issues stated above so he actually isn’t wearing this outfit. 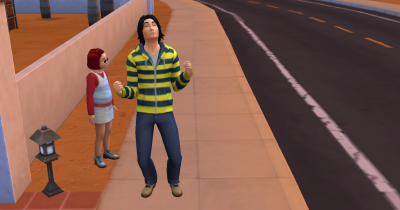 Jace adopts another daughter Tonya.  She is the heir.

A couple days later Jace adopts a son Luca completing the family.
It’s hard to have 2 adults with careers to keep track of and one to treasure hunt and 4 kids to keep up with schoolwork and one to work on her childhood aspiration.  I’m constantly switching between the 7 of them to make sure everything is done.