Devin holds his little baby.  He still doesn’t understand how he had him.  Zyjam has moved out per the rules of the challenge and I gotta say I wish she could have stayed until they aged up because 2 babies are a lot of work. It’s party day and Ariana meets her grandfather.  Unfortunately it looks like her grandmother and uncle have passed away.

The party goes off smoother this time.

After the party it’s Reyna’s birthday.  I thought it was the next day or I would have done a birthday party.

Reyna is a romantic and wants a soulmate.

It’s time for Mindy to become a child and what the heck she’s purple!  She has no disguise option either.  Wow.  Well, she’s a social butterfly and outgoing.

She gets a headstart in her job in gen 7, fishing!

A day later and I still can’t get over her purpleness.  Will Quinn be purple too? Yes, he’s purple too.  He’s a whiz kid and genius.  I’m so dissapointed that they don’t have alien and human forms. 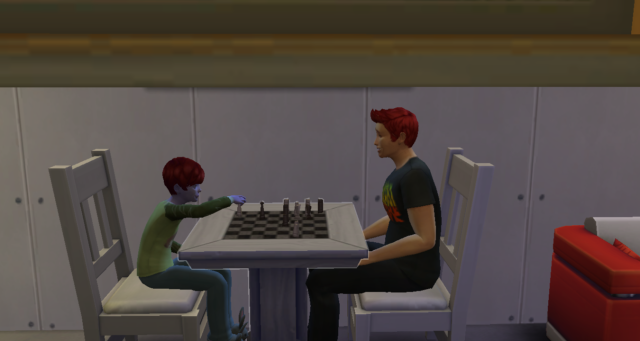 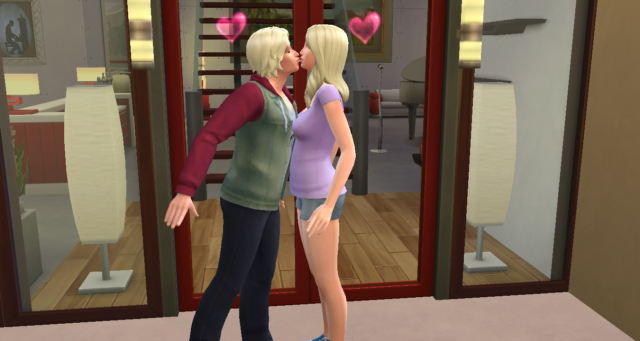 I was thinking why should the heir get all the attention so Eric’s got himself a girlfriend.