It took about 20 times “playing in bed”…

…to get this pop-up! 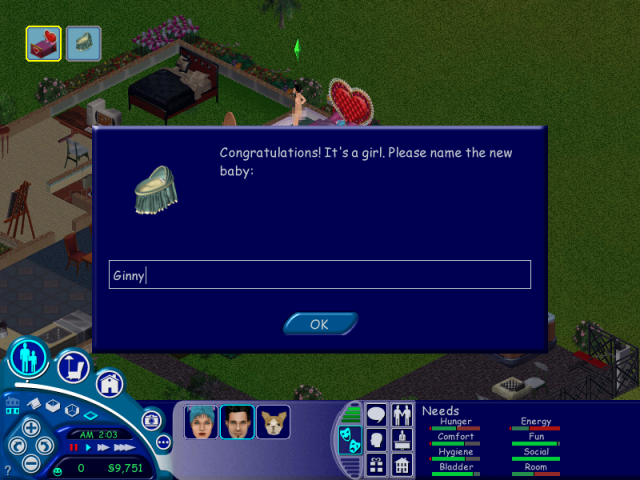 Yay a girl!  As you can see her name is Ginny.

And a bassinet appears in the room.
(Kinda like Sims 4, you’d think by now they’d be more advanced.) 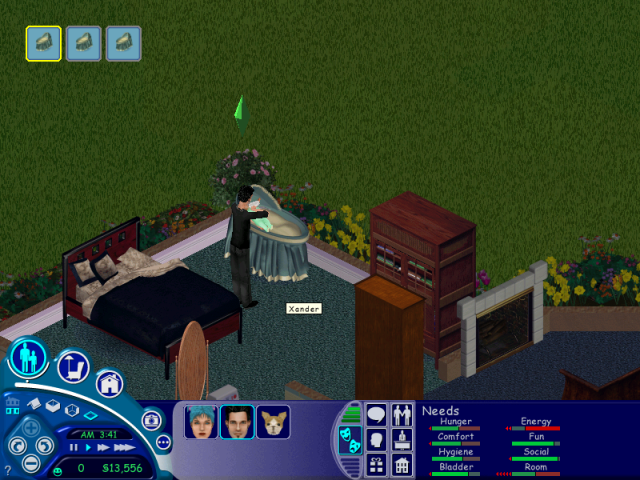 The baby cried constantly.  Between her and the dog they barely slept.  Play with baby looks corny as hell.  The sound of her crying is extremely annoying.  The only interaction I liked was sing to sleep.  One time I had it on high speed and wasn’t paying attention to the baby and a social worker took her.  I had to quit without saving! 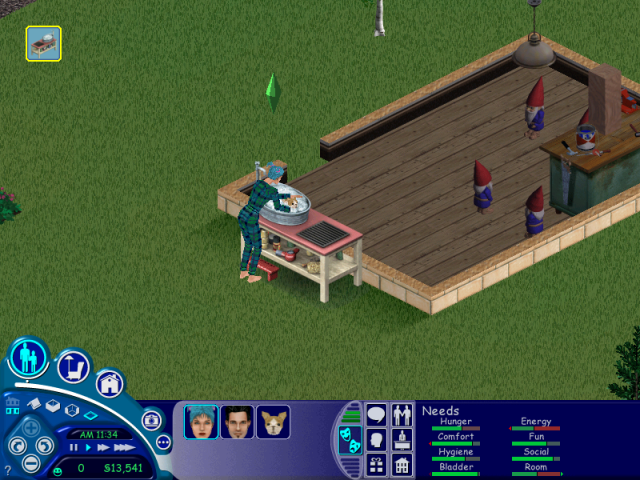 I love the dog bath thing.

Xander has been cooking with no skill and I haven’t thought a thing about it until he sets fire to the kitchen! 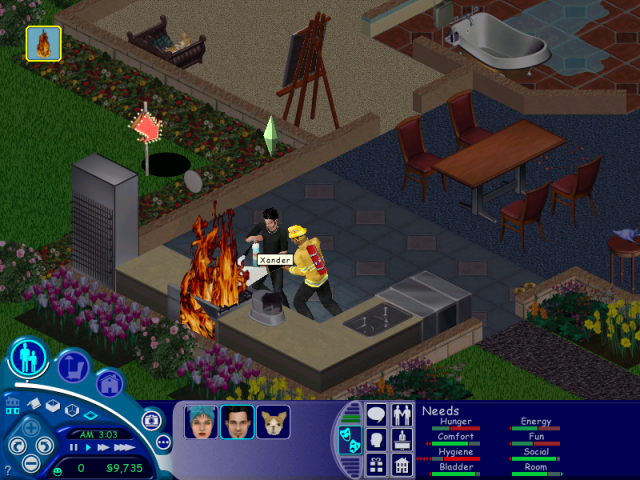 Between him and the fireman they manage to put it out.  Meanwhile Lyric was taking care of the baby and didn’t notice, lol. 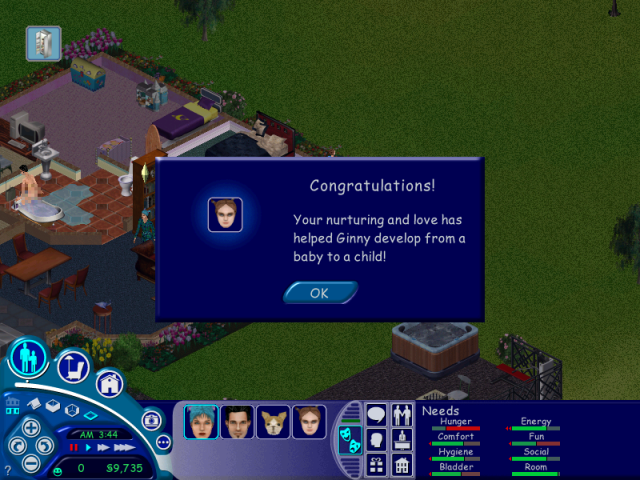 Okay so I decided if Ginny has a haircolor other than black like Xander’s then that is Lyric’s natural color.  I’m not doing this challenge with a blue-haired sim the whole time!  I tried to get a pic of her aging up but it was way too quick and with no warning whatsoever.

The bassinet disappears magically and there stands a full-grown child.  She has brown hair with pony-tails like Mom’s and blue eyes.  I’m not thrilled with her outfit and I’m not sure if she can buy new clothes or not? 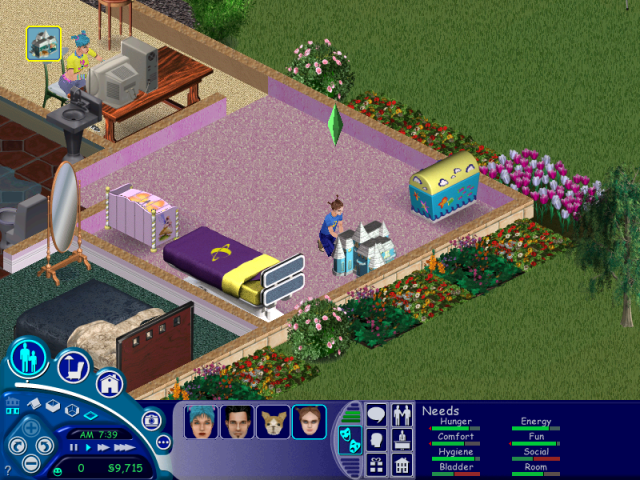 One cute thing is that she can play tag with the dog.  I tried getting a pic but they were never close enough to each other to do it.  It brought her social right up.
I think I’ll have one more chapter with Ginny and then they’ll have to wait until I get a new PC to “move” to Sims 2.

Chapter 7: Time to Move On