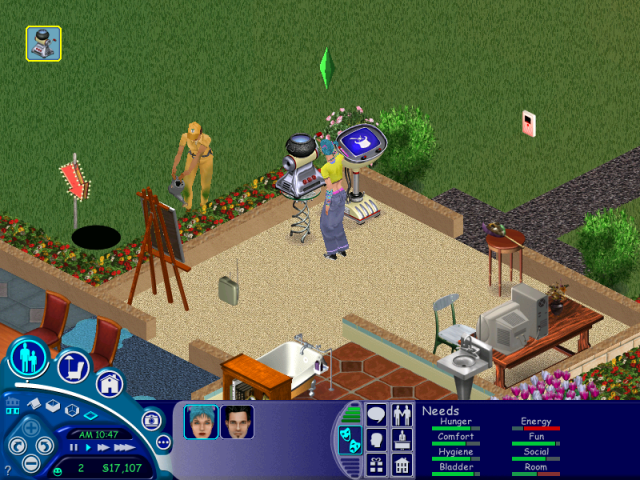 So I had this idea that Lyric would dabble in magic. 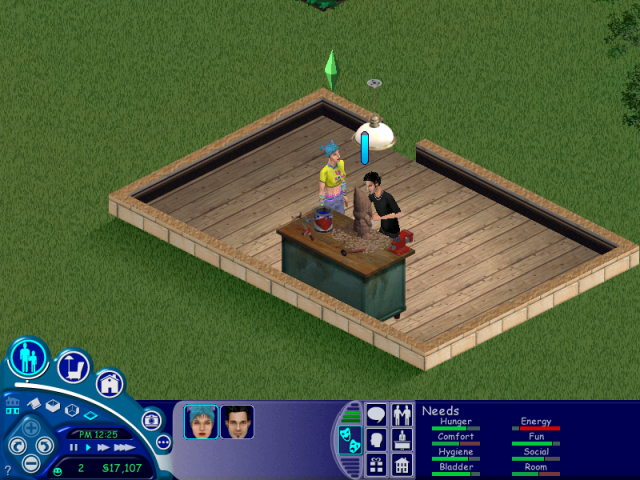 Xander will make gnomes instead of getting a job. 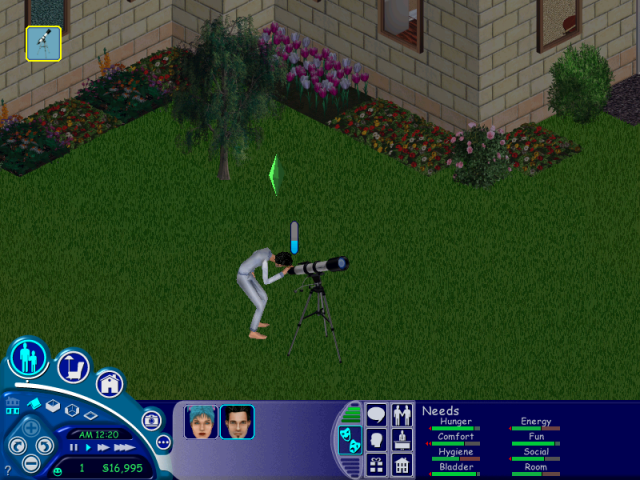 I’d also like for him to get abducted by aliens so he looks through the telescope a lot. 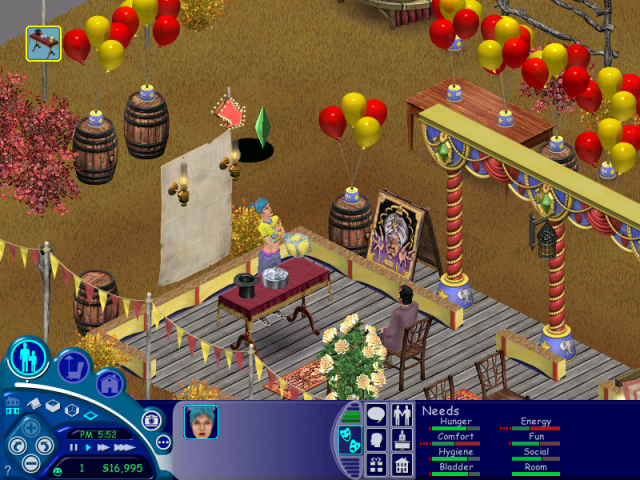 The “at home” magic was pretty boring and needed all kinds of ingredients that frankly, I have no interest in getting so I had this idea that Lyric could earn coins to buy one of the Magic Town houses.  Parlor tricks were okay but didn’t give many coins.  It also got really repetitive. 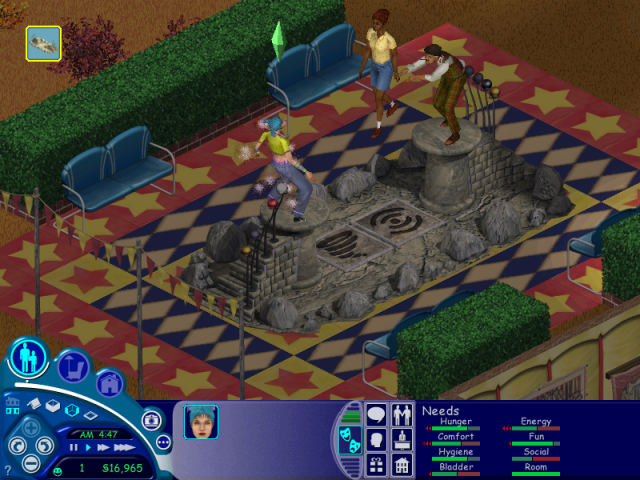 Dueling for coins absolutely sucked.  I have a cheat sheet that said what colors to use to counteract their colors but there’s just not enough time to even look.  Lyric dueled like 3 sims and I decided to give up on the whole Magic Town thing. 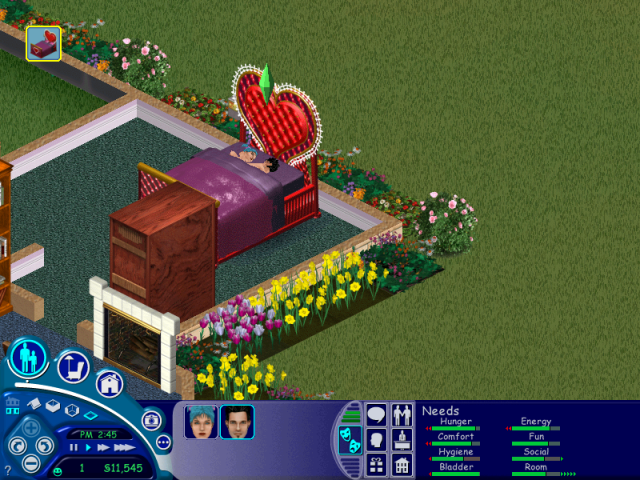 Then I had the idea to have them have a baby.  They “played in bed” like 5 times with no baby pop-up.  The barking and purring noises they make are really funny though. 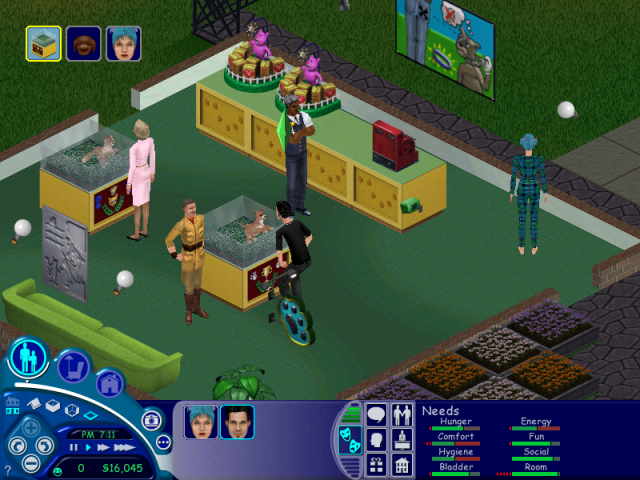 Someone had suggested a pet to take to pet competitions so I decided that whichever pen one of them goes to play with first is the type of pet they will get.  Xander played with the dog so they got a dog. 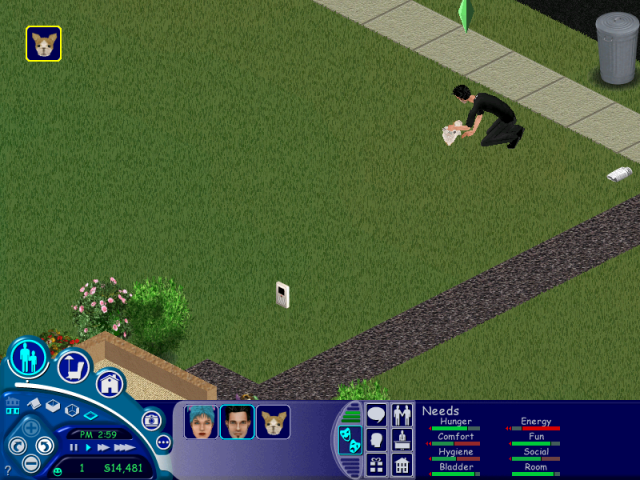 The dog is a girl named Munchkin.  She looks like a french bulldog.  The only interaction with her is to pet.  She came home with very low social so there was a lot of petting. 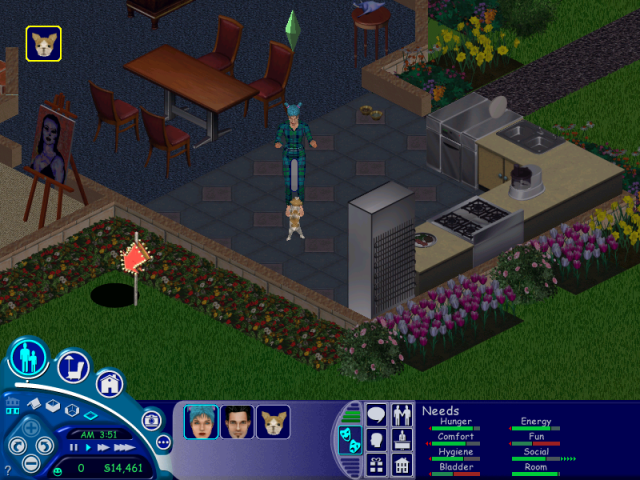 One time when Lyric was playing with Munchkin the “train to jump” option popped up.  I selected it and they did it for a couple of minutes.  It’s very cute but didn’t increase social so I quit.  Lyric can now wrestle and play fetch with her.  The losing relationship when you scold the dog is driving me nuts.  I have a mod in Sims 2 that stops that.
Chapter 6: And Baby Makes Three