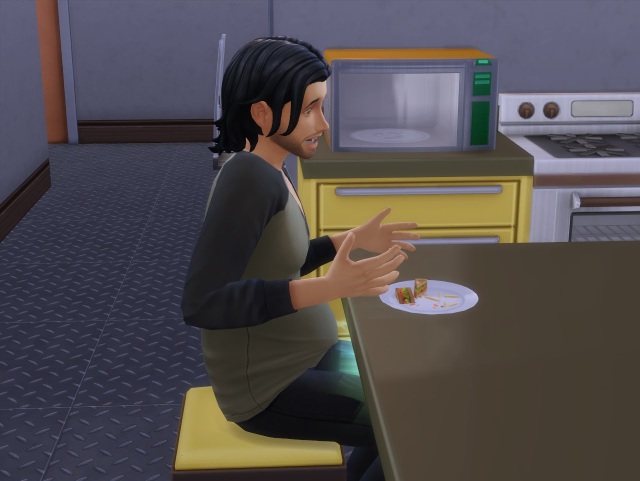 This time when Lazlo’s tummy starts sparkling he knows it’s not his imagination.  He also knows what it means.

He welcomes his second son Orion to the world amidst a shower of sparkles.

When Comet wakes up and sees his new brother he is not happy at all!

Even after it’s happened to him twice now Lazlo is still shocked by the urge to go outside and then being beamed up into a space ship.

…and read books to.  He finds that Comet loves science fiction as much as he does.

One night while feeding baby Orion his tummy starts to sparkle and seems to pop out before his eyes. He decides he’s going to have to start wearing a shirt to bed because the baby belly just looks weird.

He ages up Orion and gives him the speech about always wearing his disguise.  Orion changes instantly into a cute little boy.

Comet decides that having Orion around isn’t so bad after-all.  He finally has someone to play chess with. 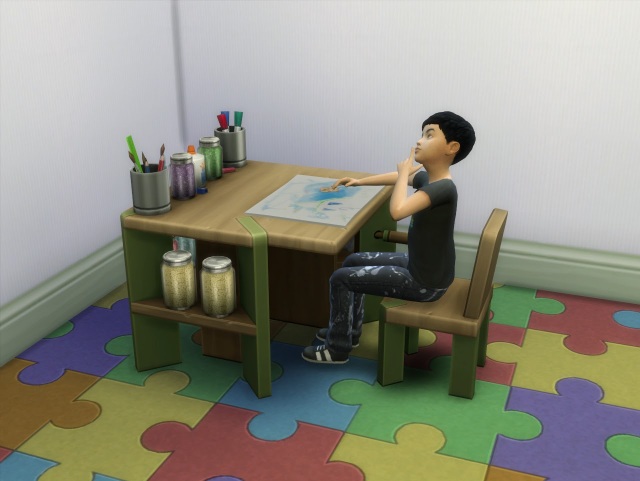 But Orion is more interested in drawing pictures, playing with the dollhouse and chatting with the giant stuffed animals in the basement.

Time goes on and Lazlo’s belly becomes huge.  He’s actually quite excited and is hoping for a girl this time.

…and a girl named Luna!  Yes he had twins!  He had to move the bassinets into the hallway because there wasn’t enough room to put them both in the kitchen.

Shortly after the twins are born the boys wake up and come out to investigate.  Orion is ecstatic but Comet is very sad.

Lazlo makes sure that the twins are fed and diapered and then heads outside to wait.  In mere moments the lights appear and he’s beamed back up into the spaceship.  He’s accepted that this is his purpose in life and he’s embraced it.  He wouldn’t give up his children for a normal life any day.

__________________________
Chapter notes: Although I tried to make it seem like there wasn’t much of a gap between when Orion was born and when Lazlo was pregnant again there actually was.  I had him abducted multiple times and he wasn’t getting pregnant.  Finally I ended up taking MC Command Center out of my mods folder and he got pregnant the first try so there’s something in my settings that needs to be fixed but I can’t figure out what it is.