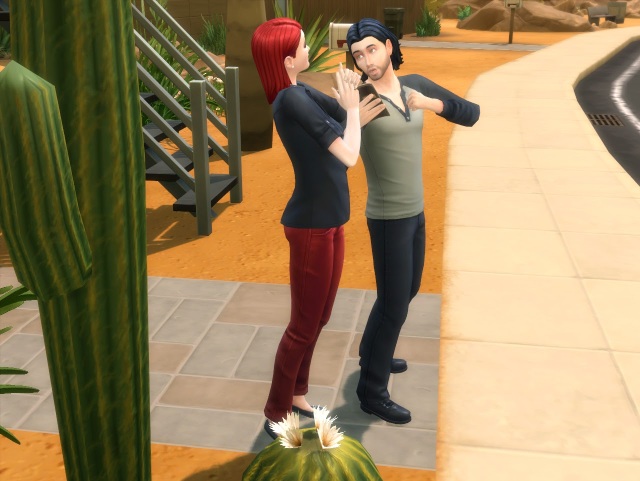 Lazlo had a short window of time to woo Ruby before the baby started to show.  So he invited her to the house and recited love poetry to her.

And snuck a few kisses in here and there for good measure.  He told her he would be out of town for a few months.  She was confused as to why someone who runs a foster home would need to travel but he didn’t elaborate.

Cosmo aged to child and took over from Orion as the artistic prodigy of the family. 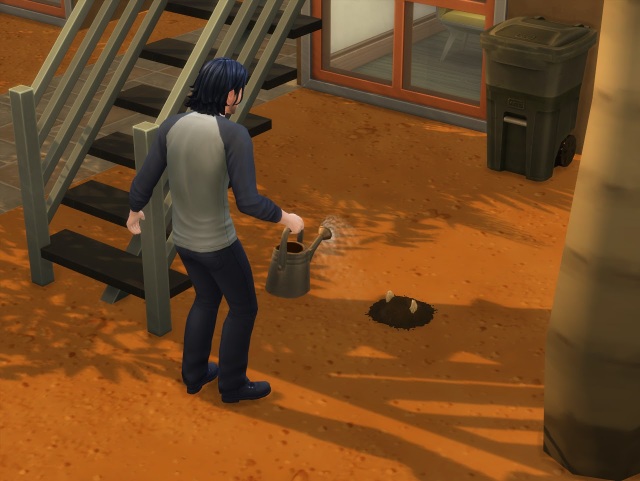 Luna caught a strange seed and Lazlo decided to plant it outside to see what grows.

Lazlo’s son Brian, now aged to teen, stops by the house and Celeste tells him off for coming by without calling first like their dad told him to.  I think he’s more interested in the clouds than whatever Celeste is saying.

Despite being told that Lazlo wouldn’t be around Ruby stops by the house too and this time it’s Rocket’s turn to make excuses.  Ruby leaves wondering why all the kids in the foster home have such strange names.

Over the weekend Celeste, who is a serial romantic, stops a teen she sees walking by and puts the moves on him.

Boyfriend number one.  Too bad she can’t bring him inside the house. 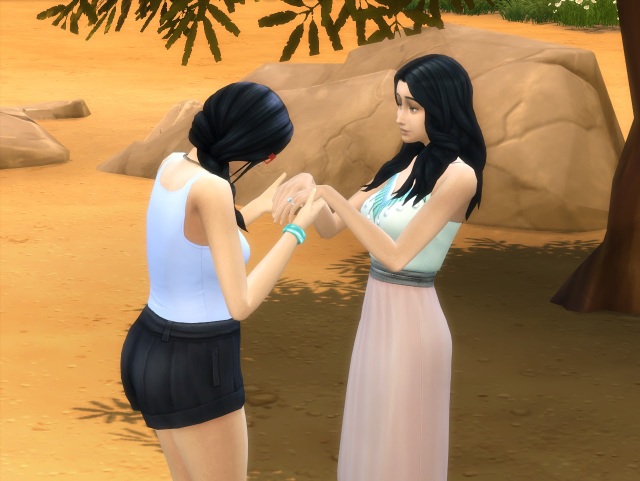 The next day she runs back out and stops this teen girl and puts the moves on her as well.  She falls for it hook, line and sinker.

The night before Luna and Rocket’s birthday Lazlo hangs out with them on the roof.

He guesses working out while pregnant isn’t the best idea… it seems to have sent him into labor.  He names his new son Sirius.  He’s starting to run out of name ideas.

After a long night in and out of bed with the baby Lazlo gets up early to bake a cake for the twins birthday.  First is Rocket.

Wondering where Luna was while Rocket was blowing out his candles?  Apparently she wanted the cake from the cowplant more than her own birthday cake.  Happy birthday Luna.

After a shower Luna blows out her own candles.

They all head up to the roof and he says a sad goodbye.

Then it’s back to the ship… again.

Zeke ages to teen and looks strangely similar to CitizenErased14’s Stefan from the Ashes to Ashes legacy.