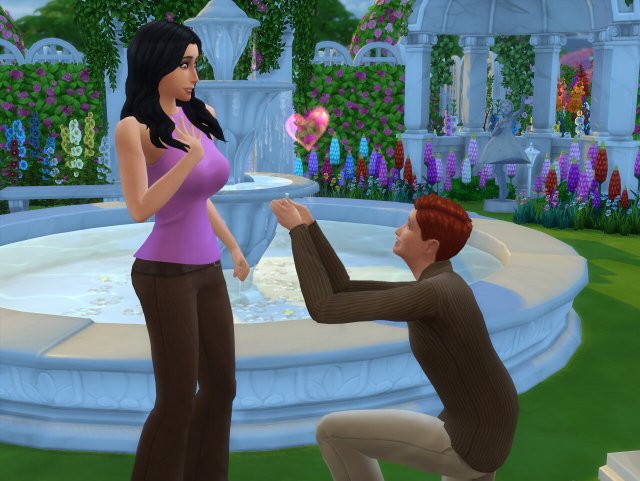 When he finally had a day off of work Kristof took Micaela to the park and proposed to her.

Tristan was promoted to a double diamond agent at work. 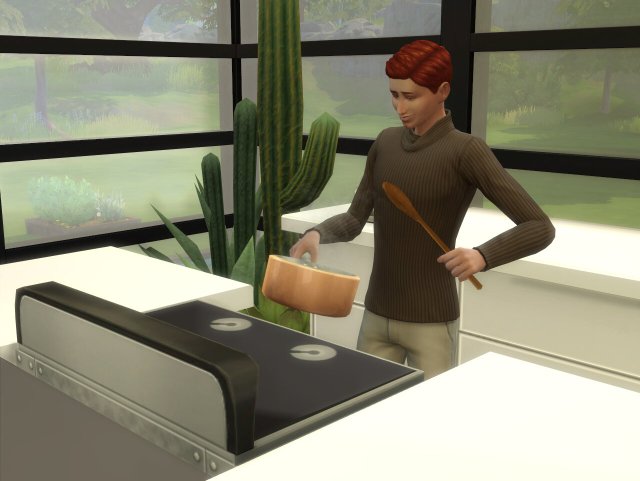 After a lot of experimenting with other ingredients Kristof was almost ready to make the ambrosia recipe. 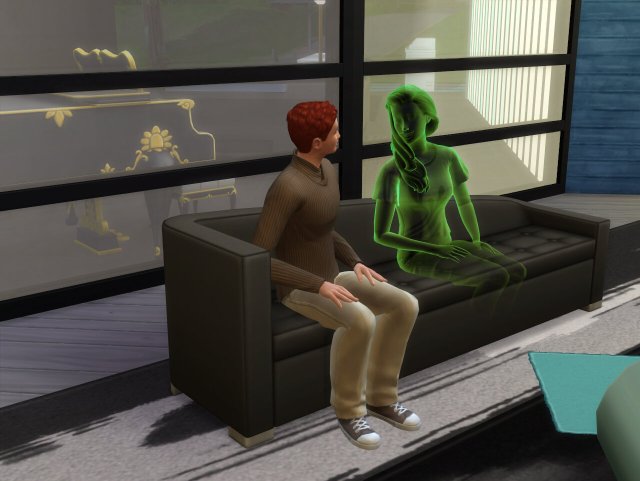 When he told Amira she was really excited.  She had finished writing her diary and given it to Kristof to keep as a thank you to the Holt family.

Tristan had one concern.  What would they tell everyone about Amira?  He sat her down and asked her.  They could pass her off as a distant relative surely, from the pictures he’d seen they had the same hair color.

She didn’t like that idea at all.  She didn’t feel comfortable posing as a relative and “moving in” with them.  After all this time locked in this place she just wanted an open space to call her own.  Something simple.  Something she could start a new life on.  When she told Tristan all of this he said he thought he knew exactly the place and that he’d take care of everything for her. 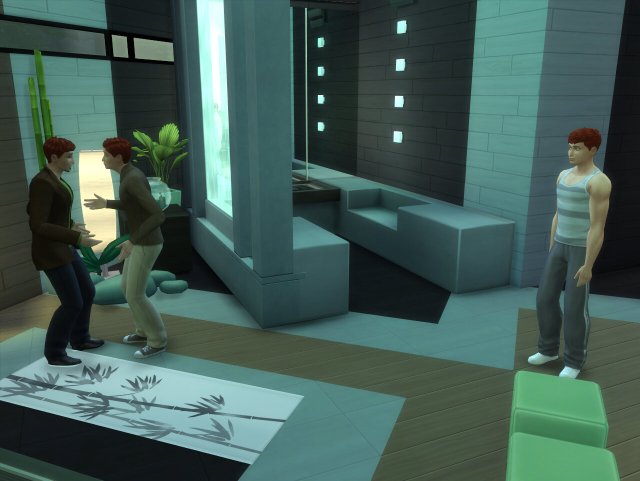 Vaughn knew something was up.  They were whispering to each other again like they used to years ago when he was a kid.  He heard Kristof tell their dad they only had one chance and that he was afraid he’d mess it up. 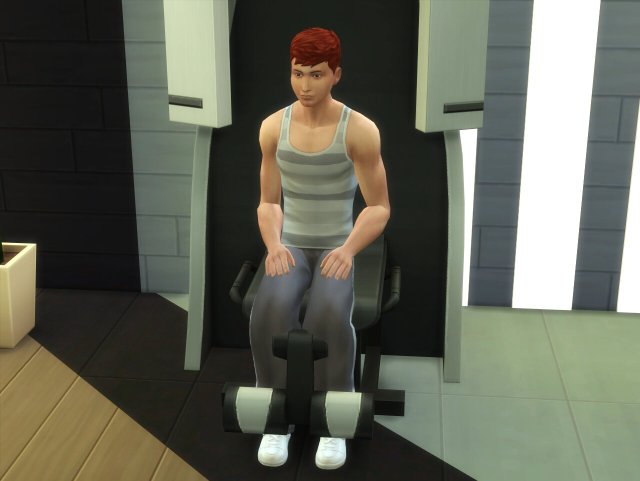 Mess what up exactly?  And why were they standing over there talking anyway? 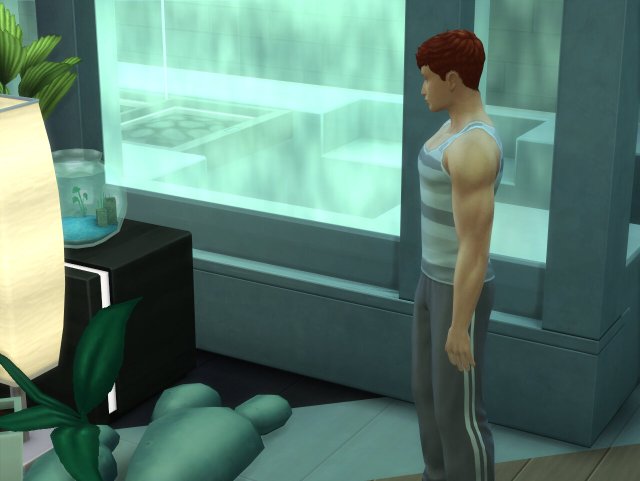 He walked over and looked around where they had been talking.  Nothing seemed suspicious.  Then he noticed it.  The blue and black fish that had been in the fish bowl his entire life, or as long as he could remember at least, was gone!

On his way out the door to school Vaughn saw Kristof picking flowers off the creepy plant in the garden.  What was he doing now?  He went over and asked him and Kristof said he was weeding.  Vaughn pointed at the plant and told him he saw him pick a flower.  Kristof just laughed and said he was imagining things!  One of these days Vaughn would figure out what was going on.  He swore it.

The time finally came.  After checking and re-checking that Skyla and Vaughn were asleep Kristof, Tristan and Amira went to the kitchen.  Kristof put the ingredients into the pan and nervously cooked.  He was terrified he would mess it up.  The fish and flower they could get more of but the essence of life?  That was unthinkable.

Amira took a cautious bite.  It looked disgusting.  But it had a strange glow so she was pretty sure that Kristof had cooked it correctly.  She slowly forced it all down while the others watched her.  She felt like a bug under a microscope.  Like some freaky experiment.

When she finished eating all of the ambrosia she stood up.  She started glowing from the inside and floating higher and higher. 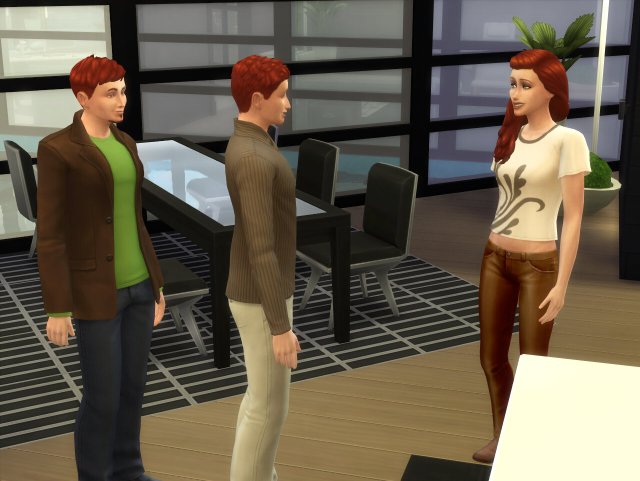 Then she dropped to the floor and she felt it.  The floor.  She looked around and saw Kristof and Tristan grinning at her.  It had worked!

But her joy was short-lived.  She turned when she heard a gravelly voice speaking behind her.  It was the grim reaper!  What he said gave her the chills and made her realize that this may have been a terrible mistake.

He said: This gift you have been given will soon become your curse.  Enjoy it while you can.  Then he laughed and dissipated into a cloud of black smoke.

___________________
Chapter notes:
I have no words to describe how I’m feeling right now. I’m seriously on the verge of tears.  I’m excited and nervous about the spinoff.  I will complete the challenge in my new legacy Heart & Soul.  It’s more than a legacy really.  Both the Marx and Holt families will be in the new story so don’t worry that I’m leaving someone out!  Chapter 30 will be a wordless chapter to complete this part of the story, then there’s the bloopers and outtakes chapter and the Heart and Soul Succession Laws and rules.  I hope everyone is as excited as I am!

I apologize for not having more shots of Amira’s transformation.  I had Tristan sitting next to her and when she transformed it looked like he was inside of her or something.  I tried to describe what happened the best I could and I did take a pic for the outtakes.

The picture with grim was the most difficult picture I’ve ever taken.  I ended up having to remove all the seating from the room because everyone kept sitting.  Then Tristan and Kristof wouldn’t face the right way.  I kept changing their emotions trying to get the right looks on their faces.  I’m still not happy with the final result but I’m never completely happy with 90% of my screenshots.