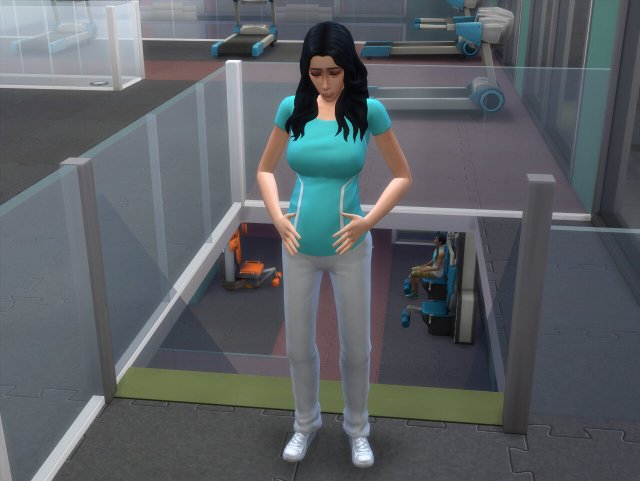 Micaela was at the gym getting ready to work on some stretching exercises when she went into labor.  She called Kristof at work and they headed to the hospital.

It was a boy.  They named him Isaac.

Tristan was a proud grandpa.  He doted on the baby.

They were so happy about the baby they decided to try for another.

Micaela was thrilled to tell Kristof they were pregnant again.

Whenever there was someone else able to take care of baby Issac Micaela pursued her collecting hobby.

But she was the main caretaker of him since she didn’t have a job and everyone else in the house did.

The months flew by and one day she got a shocking call from the doctor.  When Kristof got home from work she told him the news.  It was three babies, not one! 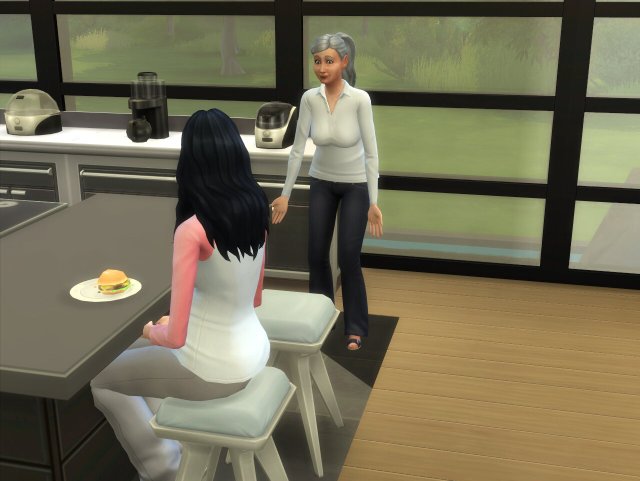 Skyla was very excited when she heard the news.  They would have a full house that’s for sure!  The grandparents offered to move out to make room but Kristof and Micaela liked having them around and they would need all the help with the babies they could get.

Kristof was eager to tell his friends so he called a club meeting.  His cousin Bryce’s wife Daisy had recently had twins.  They talked about how all their kids could be friends and grow up together like they had. 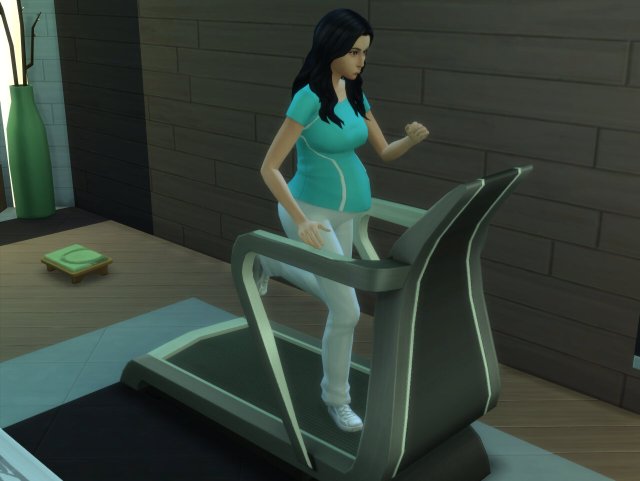 The doctor said light exercise was okay.  Micaela spent a little time on the treadmill every day.

The day came way faster than they had expected.  The boys were named Keegan and Kyler and the girl was Keeley.

When Kristof wasn’t at work he would just sit in the nursery and watch the babies sleep.

It was all hands on deck.  Usually someone was home to help Micaela but it was still rough. 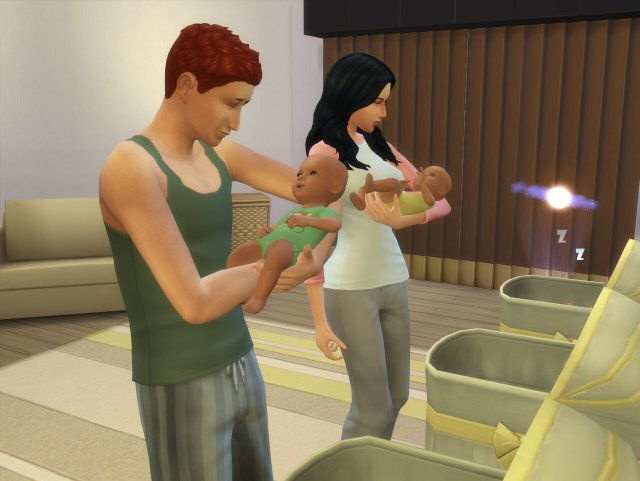 Nobody got much sleep in the house.

Despite the lack of sleep due to late night feedings and the stress of three babies and a toddler in the house they still found time to themselves when they could.

_____________________
Chapter notes:
You’re laughing at me aren’t you?  I know you are.  I messed up.  I was in legacy-mode not story-mode and had them try for a baby while Isaac was still a baby.  Since there’s no toddlers in Sims 4 it’s a bit hard to explain how when they were born he was a child!  I mean c’mon was she pregnant for 4-5 years?  *sigh*  So the pictures of Isaac will be in their next chapter.  I’m going to have to figure out a way to transition the time for the triplets as well.

Can we just talk about the triplets for a minute here?  Like holy crap!  I’ve had 2 other sets of triplets in my game ever and one of them were the Summers triplets Cameron, Camdyn and Cora.  I made a rule for this legacy that I can’t cheat and change whatever baby they are having but wow I hadn’t expected this!

I’ve already rolled the traits and know who the heir is but I’m not going to go out and say it.  I’ll let it be a surprise.