…then he sits down and I see the nasty food from previous meals.

That astronaut is totally giving Less than zero the stink-eye. 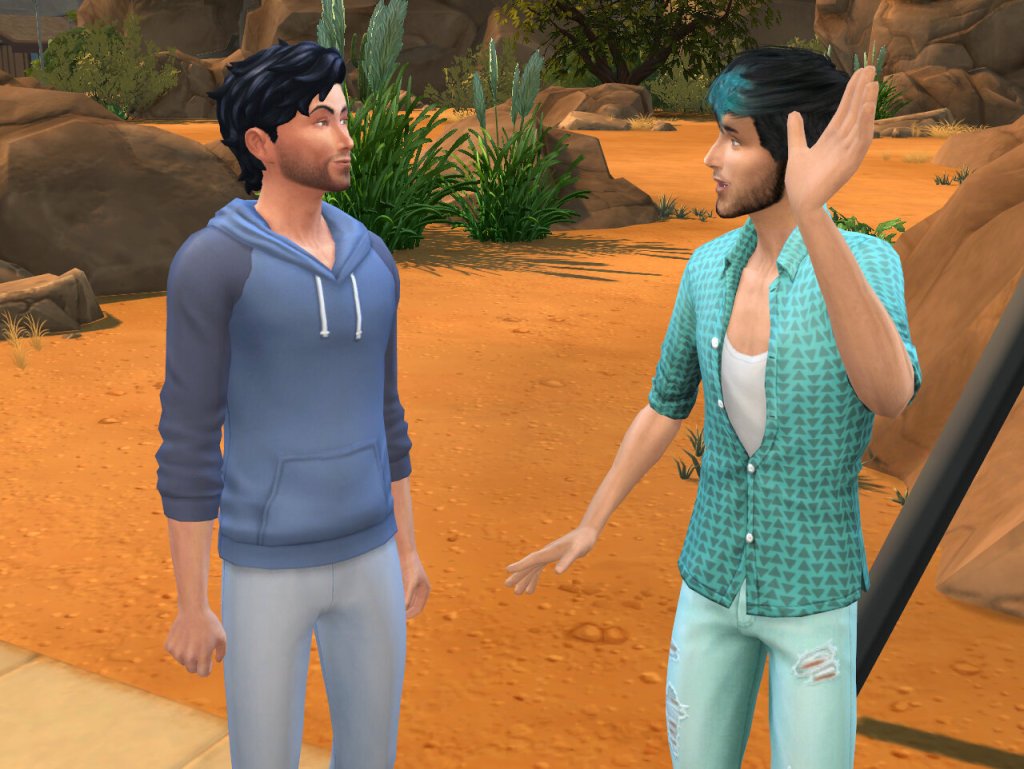 I have to confess, I took a peek into manage worlds to find any eligible guys for Brock and I thought Emerson was a cutie so I’d been watching the passersby for him.  When I saw him jogging I had Brock stop everything he was doing and run over to meet him.

I love it when my sims and I are on the same page.

So Brock invites Emerson over for a chat. 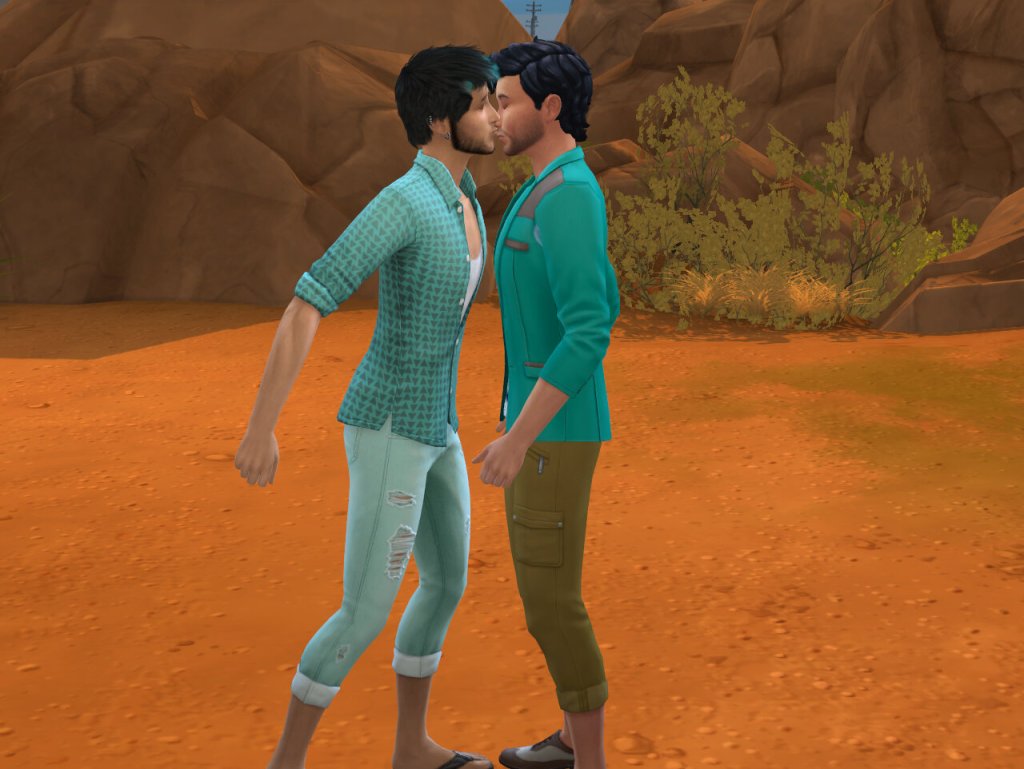 Ah yea.  I managed to pause it before the hearts popped up ruining my shot! 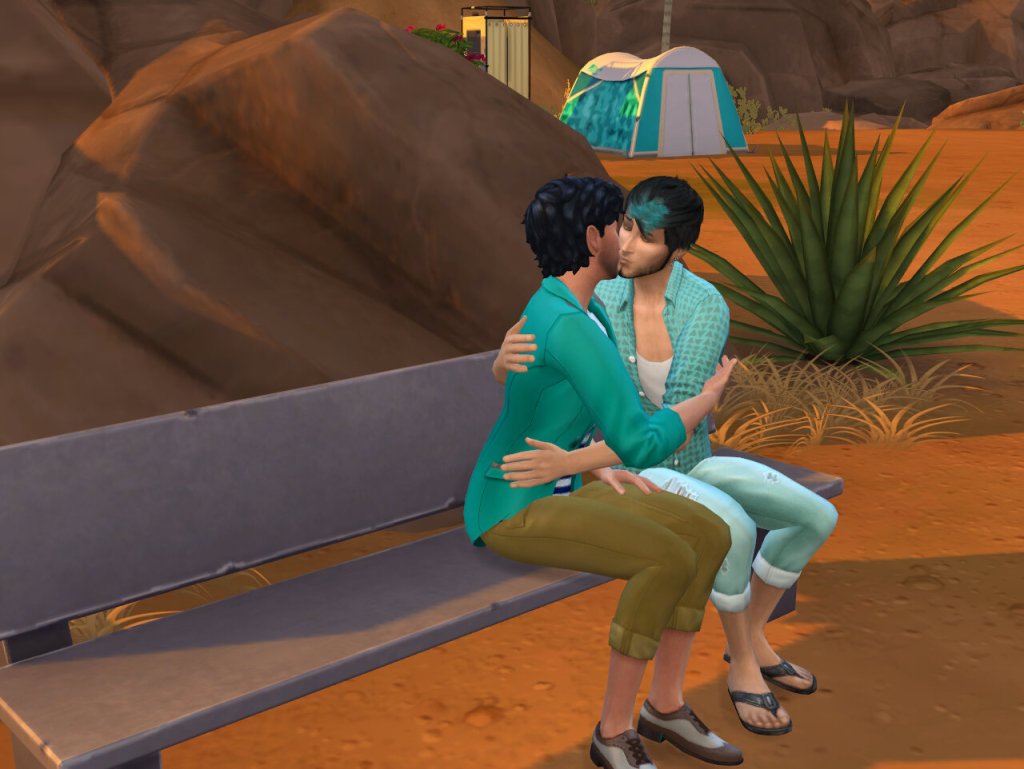 He had the whim to make-out with Emerson and at first I couldn’t figure out how but then I remembered the bench.  Yay for random benches!

Then he had the whim for a good ole whoohoo in the tent.  He moves fast.  (Then again, I consider a day in the young adult stage to be a year so maybe not?)

The next day he’s feeling inspired and on top of the world.  I’ve decided not to get him a job and just concentrate on getting collectables and painting. 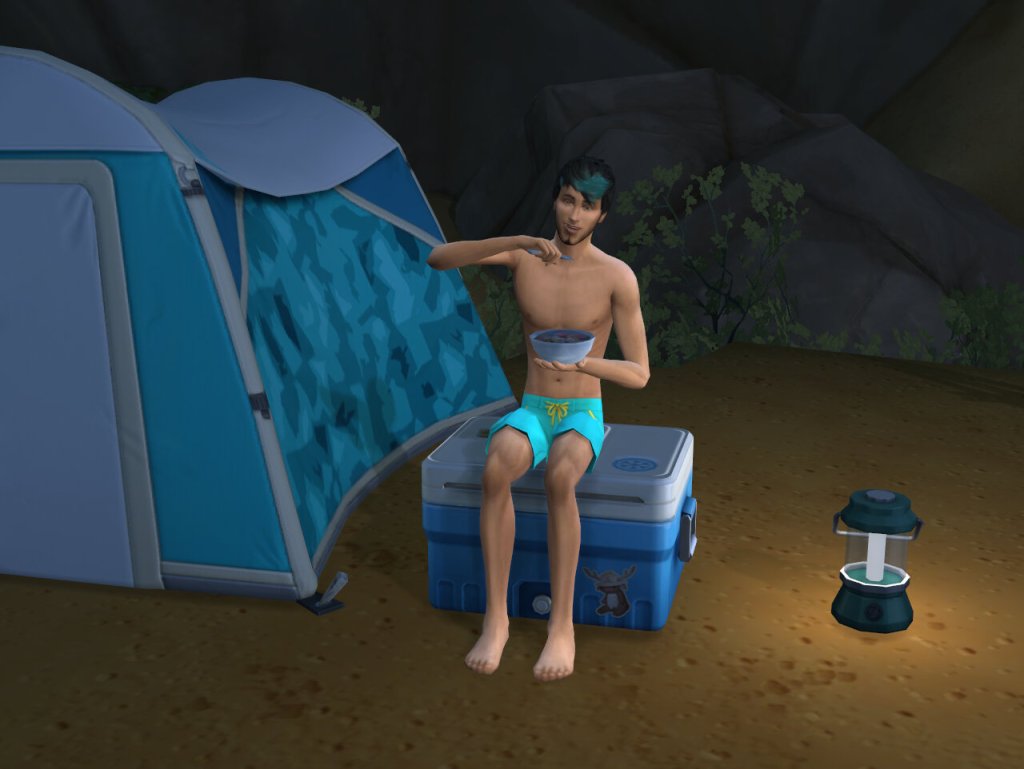 Okay so I’m really disappointed.  My computer restarted in the middle of the night and Fraps usually opens when I boot up the computer but this time it didn’t.  So I thought I had gotten all these cute pics of Brock and Emerson’s date at the bluffs (yes I had $1,000 in reserve) but I didn’t get any.  I went to look in my screenshots folder to count how many I had because I planned to end the chapter here and they weren’t there.  *sigh*  So to recap- Emerson invited Brock on a date to the bluffs, he had just finished gathering and I hadn’t started building yet so he had the money in reserve so he went.

Now, I’m going to warn you off the bat I am a horrible builder!  I ended up getting out the graph paper and sketching out an outline for the house.  I figured I’d start with the bathroom which is the 4×4 block of walls that the kitchen is surrounding.  I didn’t realize until later that I somehow had the walls on high.  I had to search online to find how to make them normal walls.  LOL

A bedroom and a wall for the start of the kitchen get added next.  (This was a day or so later, not sure why I didn’t take any screenies in that time.)

Now that there is a suitable bathroom and the bush has had some time to air itself out I decided to grant Brock’s whim to whoohoo in it. 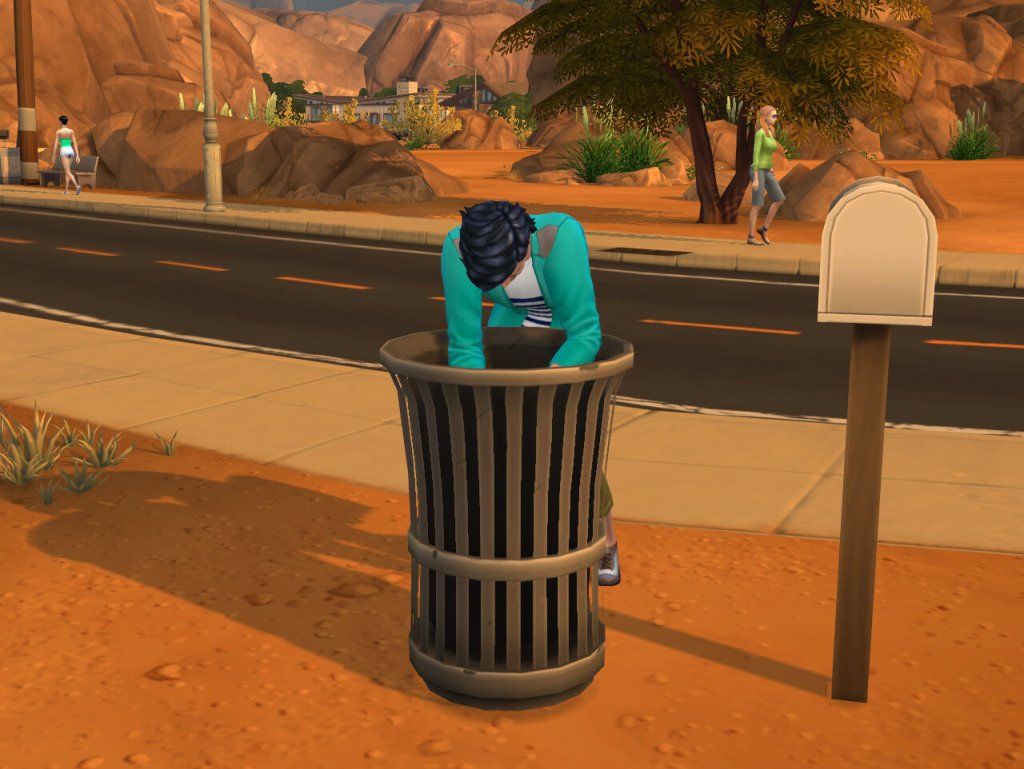 While Brock showers Emerson digs in the trash.  His traits are romantic, slob and art lover.

I figured moving him in couldn’t hurt.  It doesn’t help either, he doesn’t have a job.  But I finally got to give him a makeover.  Since his aspiration is bodybuilder I put him in athletic clothes.

After selling all the collectables for the day Brock has enough to travel and they go to one of the 3 open lots: Von Haunt Estate.  He proposes…

Then they change into formal-wear and use the handy arch on the lot to get married. 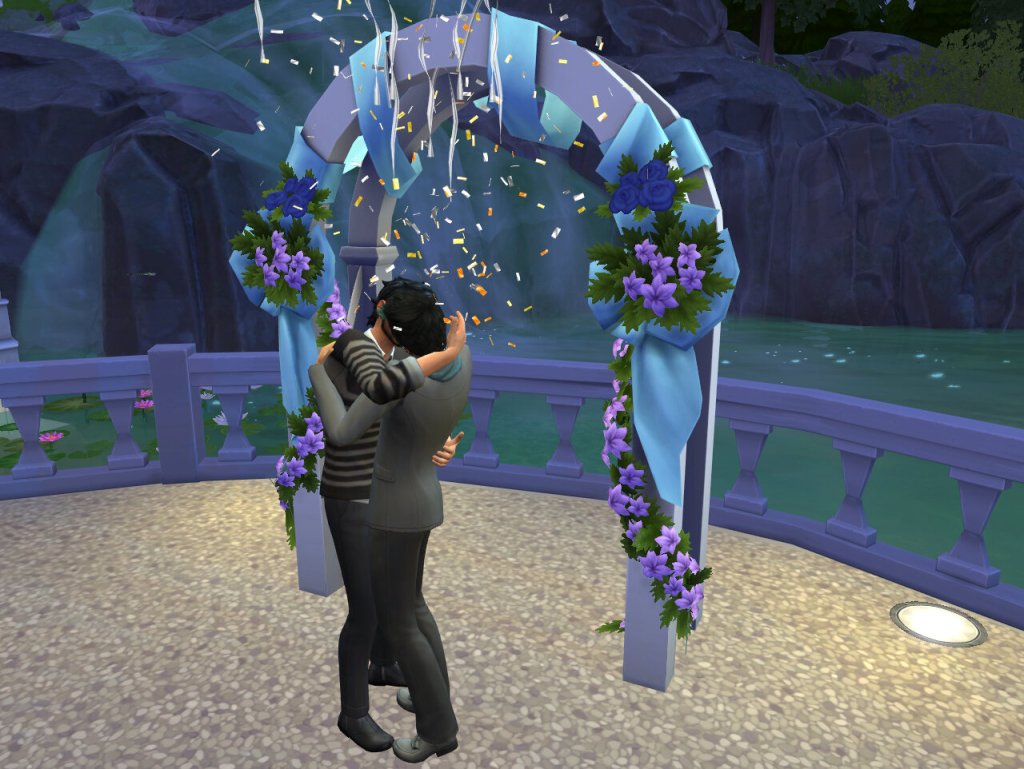 Yay!  I’m going to end it here for now.  I played the first 6 days pretty much without stopping except to sleep.