The triplets aged to teens.  Their parents had to work on their birthday but they left the cakes on the table for them.  They had already given them their presents in the morning before school.

One of the presents was a bedroom for Addison.  Avery and Alek said they were fine sharing a room and the parents were relieved because adding on to the house was not easy.  Especially the second floor.  Addison had to go through Faithe’s room to get to hers but she didn’t care.

Having her own room hadn’t changed her attitude though.  When Vaughn brought home a trophy from work that he was really proud of she started criticizing it and commenting on how small it was.

Avery still had club meetings.  Luckily now that they were all teens they didn’t all dress in the same costume.

Alek had given up completely on trying to make friends.  Even with his sister’s club right there he sat in the corner with his nose in a book.

One day Faithe and Rowan were at the museum and Faithe tried to snatch one of the gnomes on display.  Rowan saw her and was shocked. 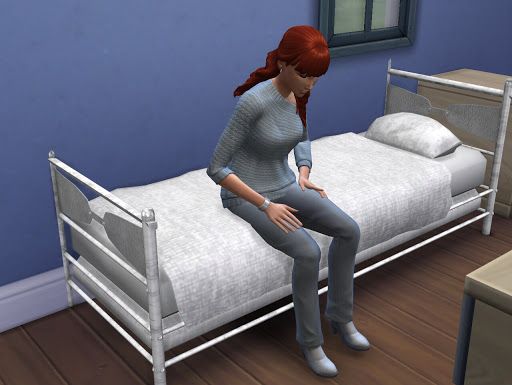 Faithe went home and sat on her bed.  She didn’t know why she kept stealing things.  She was just so sad all of the time and taking things that didn’t belong to her gave her a rush.  She vowed that she would try to stop.  Seeing the look on Rowan’s face had reminded her that what she was doing was wrong. 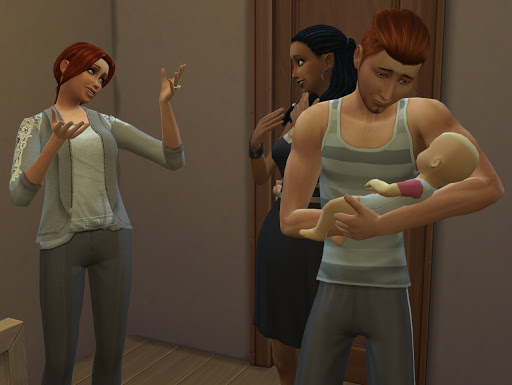 Vaughn and Amira went to Isaac and Misty’s house to see their new niece.  They couldn’t believe they were a great uncle and aunt already!

Amira continued to work at Mostly Ghostly in her spare time.  She had even done a little work with detective Highwind but unfortunately there hadn’t been any ghosts at the crime scene so she wasn’t much help.

One day Bastian brought a sad ghost in.  She was smoking so it was obvious she had been killed in a fire.  She introduced herself as Lilly Thomsen.  She said she had been an author and hadn’t kept in touch with her family because she preferred solitude.  She had squandered all of the money she had earned on the sale of her novels into a secret account and wanted Amira to contact the family to tell them about it.  Amira sent them an anonymous letter with the account information and added that Lilly loved them all very much.  She had a feeling it wasn’t as much the money that had held Lilly behind as it was the family she had neglected.

Tate graduated and had his nineteenth birthday with much celebration in the family.

He got a job working at the restaurant with his uncle Kristof helping Isaac in catering.  He was grateful that it paid a lot more than he had made at the fast food restaurant because he wanted to save up for a ring so he could propose to Delaney.

Addison started going out every night while her parents and older brother were at work partying then sneaking back to the house before they got home.

That’s where she met Payton Demarco.  She started flirting shortly after introducing herself.  She could tell just by the look of him that this boy had taste. 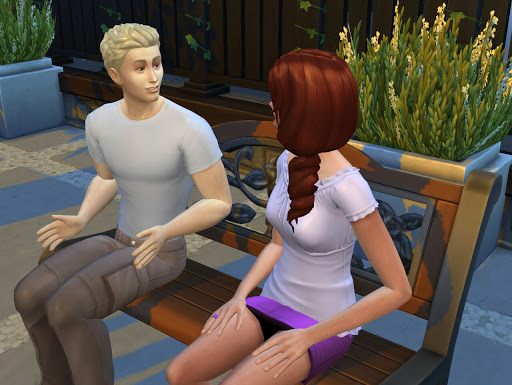 Avery and Gabe spent even more time together than before they had aged to teens.  They were either in a club meeting together, meeting somewhere or at her house.  Gabe’s father had married a woman with a son the same age as him.  While he and his new step-brother had a lot in common and his new step-mother seemed nice he felt uncomfortable in the house now.

They spent so much time together it was just natural that they take it to the next level.  They’d just turned fifteen and the feelings of friendship they always held for each other turned to a deep love.

_______________________
Chapter notes:
Special thanks go out to Marialein for creating the ghost for me.  I have 7 others that she made just waiting for Amira to solve their unfinished business!

Gabe’s new step-mother and step-brother are Single Mom and Son by strplw.  Addison’s love interest was created using The Demarco Household by councilmistic as parents.

I’m struggling with Alek, as you can probably tell.  Just as I’ve struggled with Faithe.  I’m hoping by the next Marx chapter I’ll have something figured out for them.  I decided not to change Tate’s look when he aged to young adult.  Like with Isaac I think it fits his personality perfectly.