Just a pic of Van hanging out with his dad. 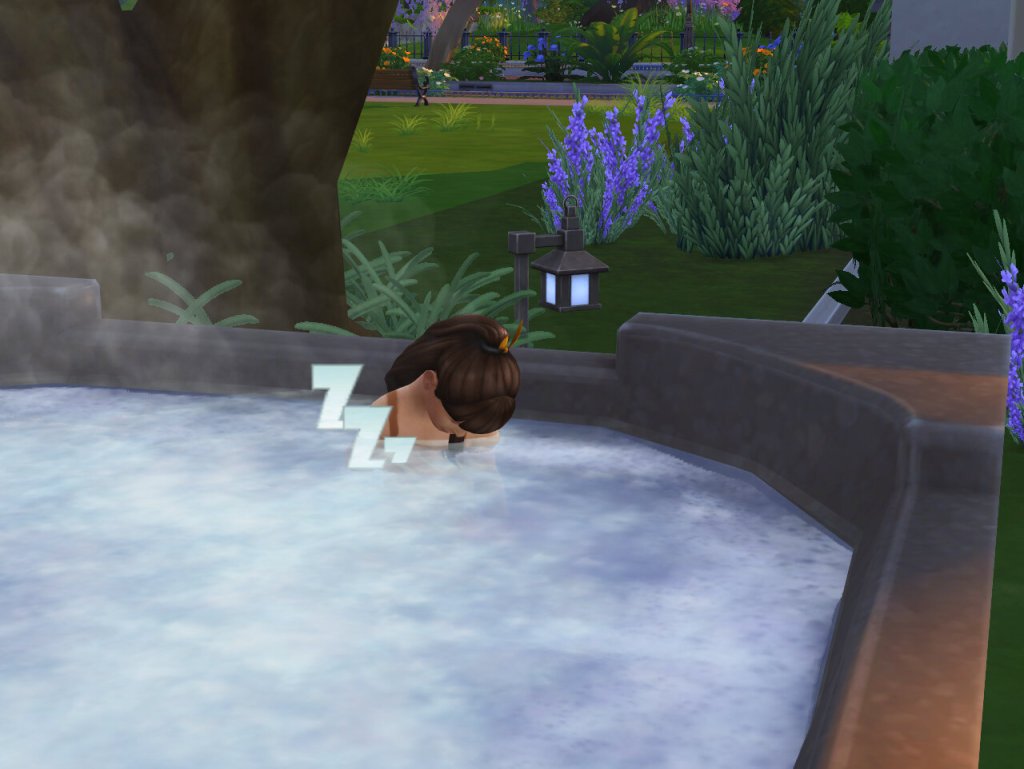 Jaci sleeping in the hottub.

I totally forgot Blake was childish.  I was wondering what on earth he was doing in Lina’s room. 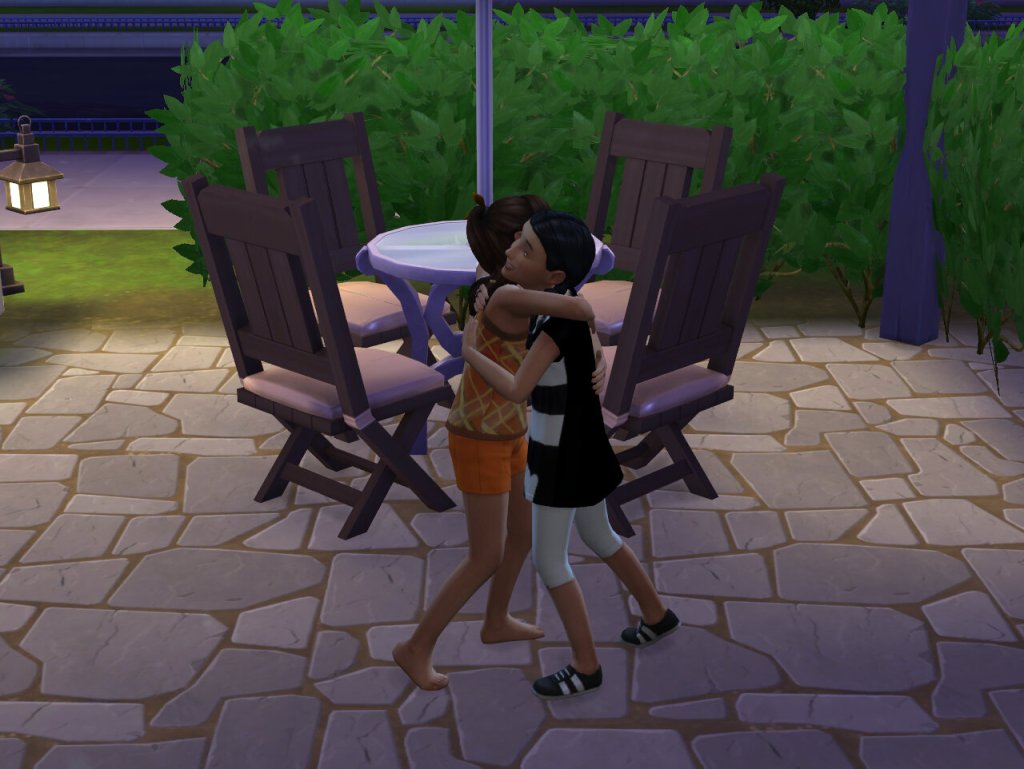 They are such cuties! 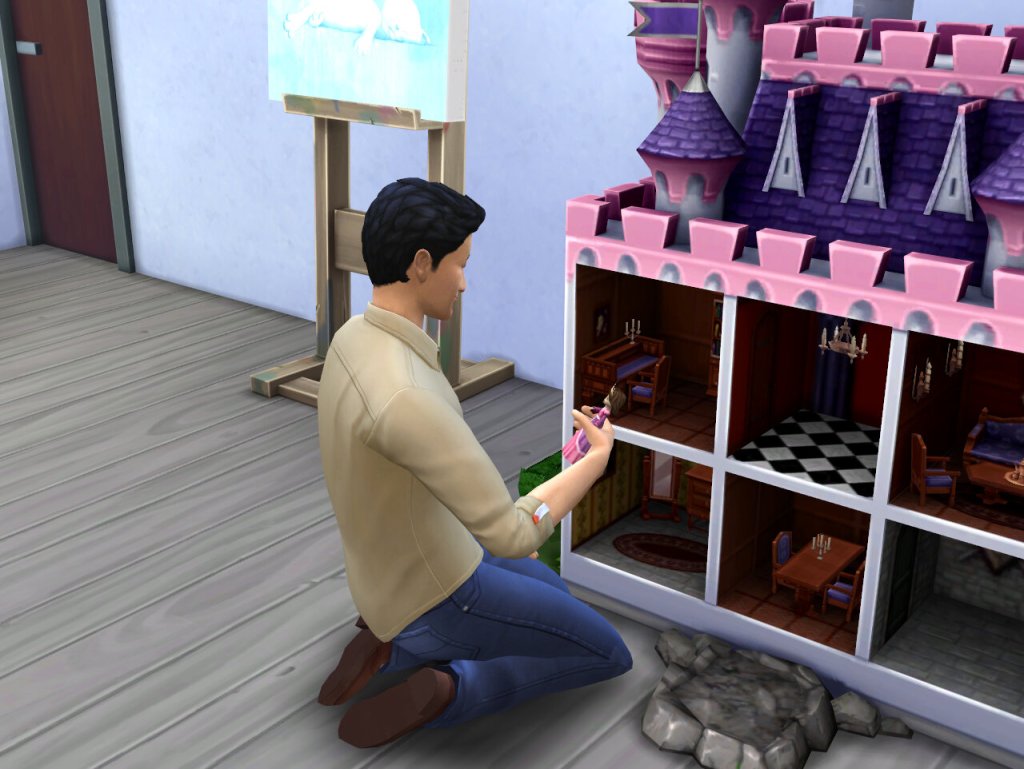 Blake playing with the dollhouse.

Blake being a creeper watching this townie read a book on the bench by the house.  He left the book on the ground by the bench and now they all keep going out there to read it.  As if there isn’t a bookshelf full of books in the house!

Lina skipped school with her cousin Traci but they went to a nightclub and there was nothing to do there so they just stood on the upstairs balcony talking until I got bored and sent her home.

Van with his daughter Susana this time. 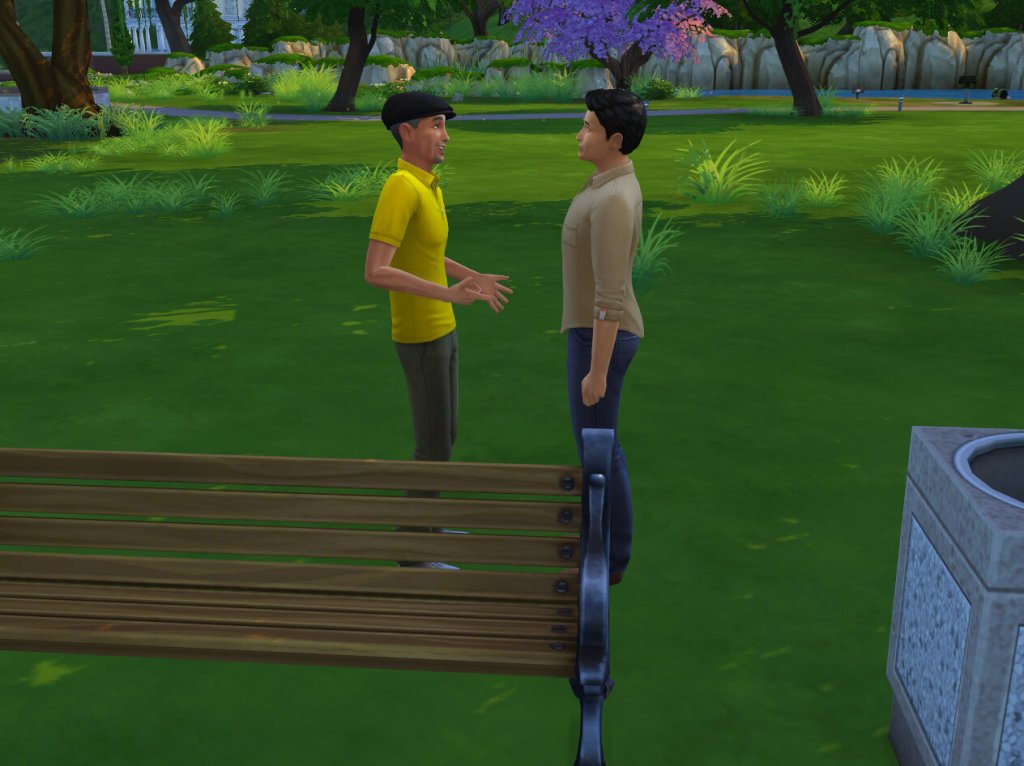 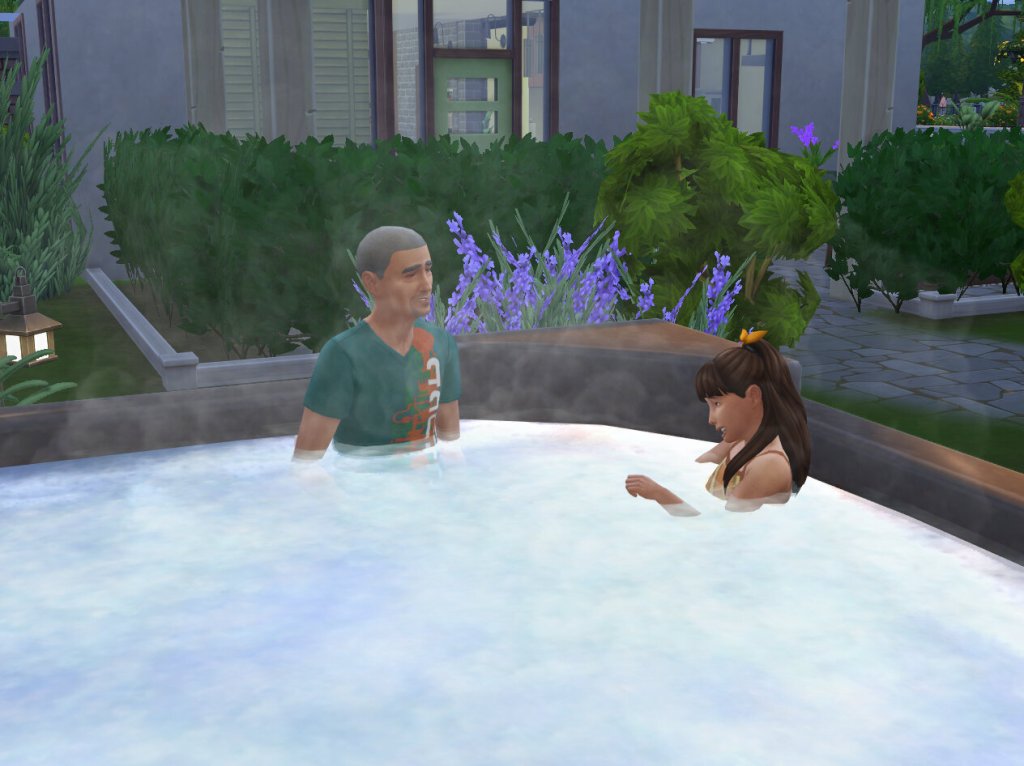 Jaci chatting in the hot tub with grandpa Noah. 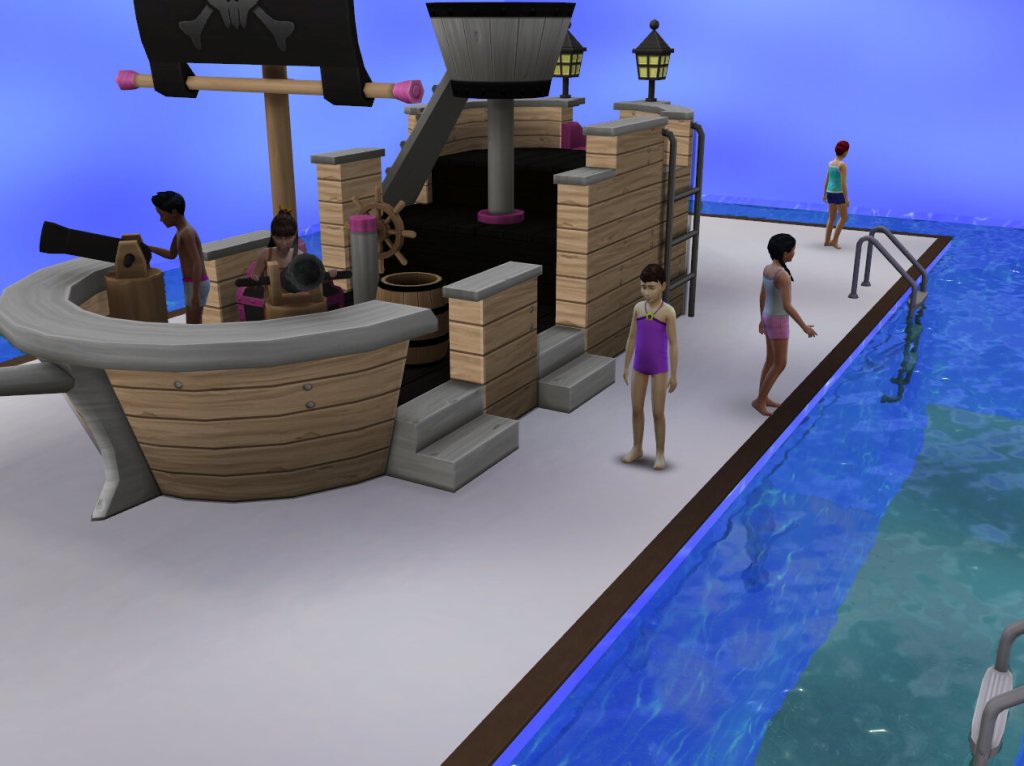 I really wanted to take them to a restaurant since Dining Out had just came out but Tess was at work so I got this park off of the gallery.  It’s Fairytale Theatre by Nihlia.  Oddly enough there was no movie screen.  I added one but none of them watched it.  I thought this ship downstairs was pretty cool.  Since it’s surrounded by water they have to swim to it.

Van and Trisha’s twins Susana and Traci.  It’s odd that the game gave them the same haircut. 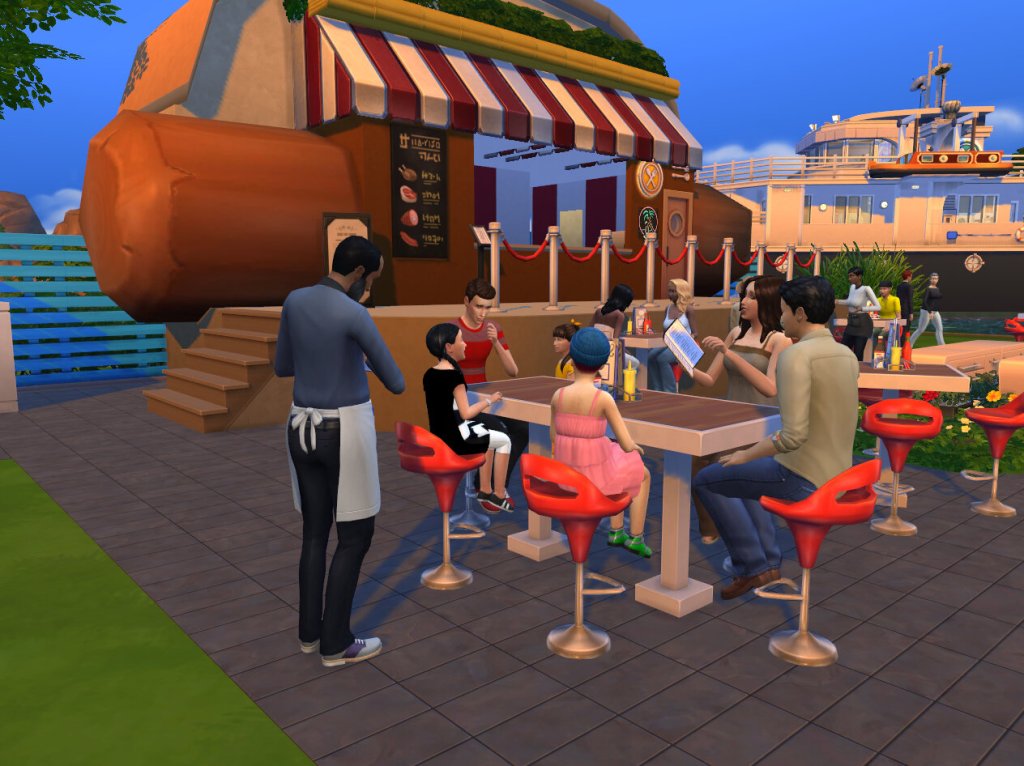 Finally Tess gets off of work and they go to HOT DOG! Hot dog stand by penappleyt for dinner.  I had to change one of the tables into a 6 seater but there still wasn’t room for poor Noah.  He’s way back on the other end of the lot. Unfortunately I didn’t get any shots of them eating because they sat there for at least 4 hours and never got their meal.  When I feared that sims would start passing out from exhaustion I gave up on getting a cute screenie and took them home.  This was the first time I took a family out to eat and I was very disappointed.

Also: See the ship in the background?  It’s another restaurant.  The Hungry Lobster Boat by JOL1990.  I guess I should have tried that one first!

After writing this chapter I saw on Twitter that using the moveobjects cheat on the kitchen can cause their food to not be delivered.  I haven’t checked the lot to see if that was the case but doubt I’ll send them there again.