After the disappointing experience at the hot dog stand, Tess decided to take the day of Jaci’s birthday off and try out a new restaurant that had just opened: Bear Grills.  The attire was sleepwear and the restaurant was run by bears so she thought it would be a lot of fun for the kids. 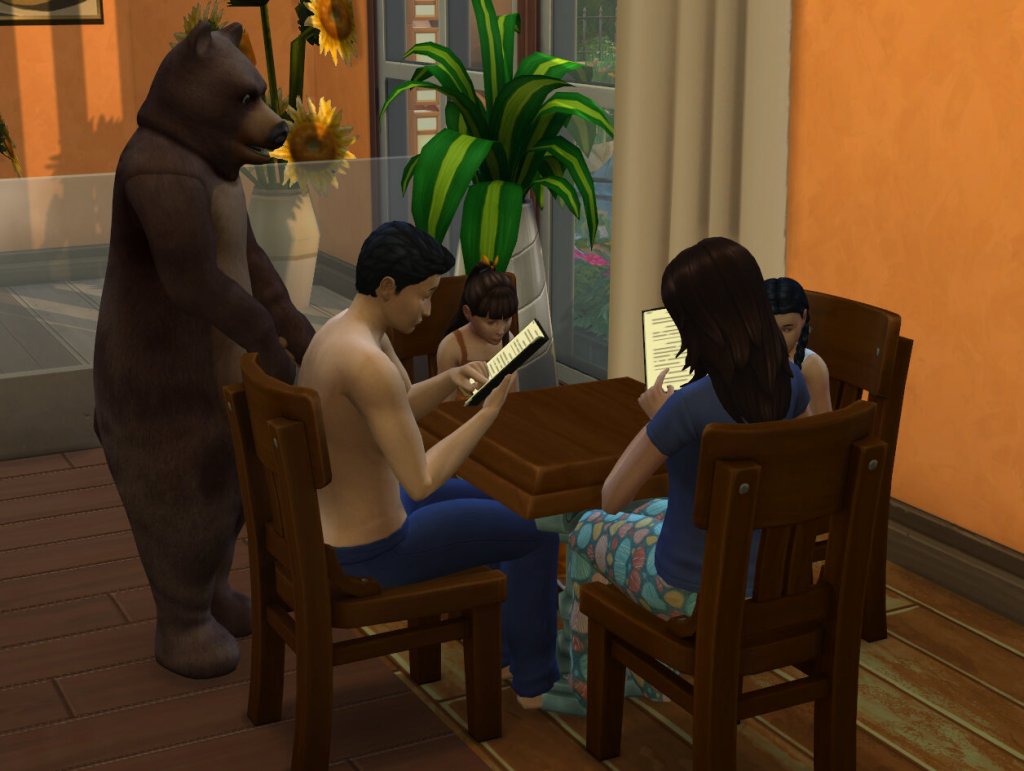 At first, the girls were intimidated by the bear waiter and wouldn’t look directly at him.  The parents had to put the order in for them.

Once the bear left to place their order with the kitchen Jaci and Lina started telling each other silly bear jokes. 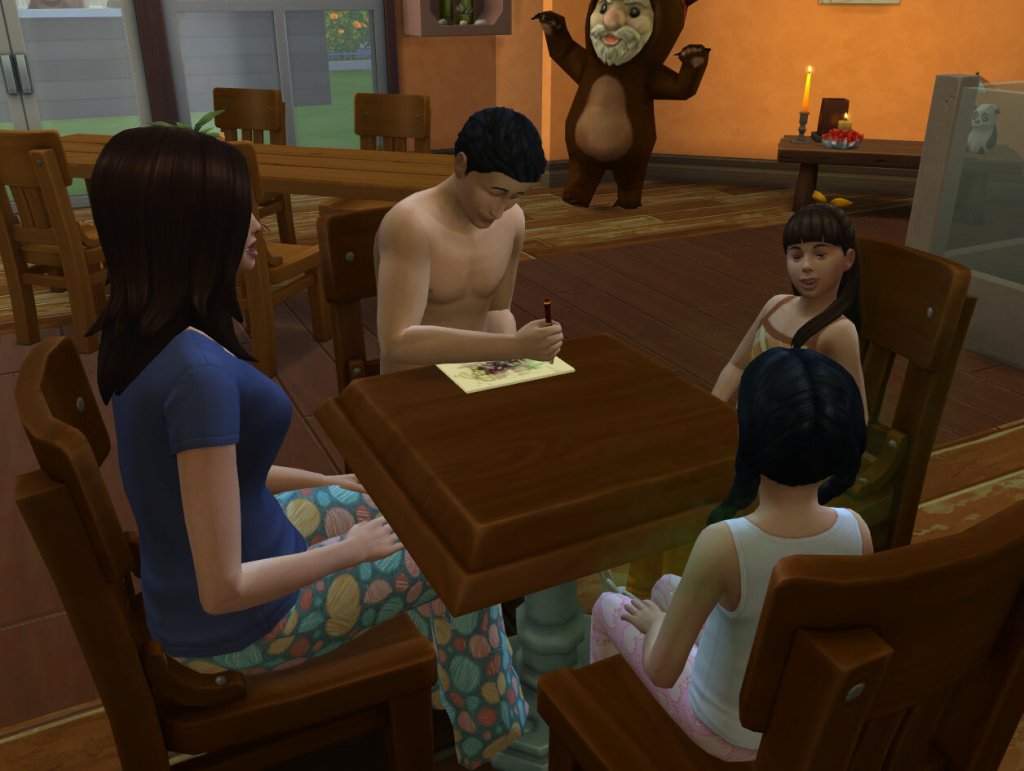 It seems that Lina forgot to bathe before they left the house.  No surprise since he’s childish, dad entertains himself by drawing on a placemat.

Was it lack of sleep that caused Jaci to pass out or the bear delivering their meal?

Everyone has varying reactions to the odd expirimental foods.  Tess wonders if hers is really food since it looks like a cube a child would play with.

The waiter returns and gathers some dishes and leaves them next to Jaci’s chair.  She passes out again! 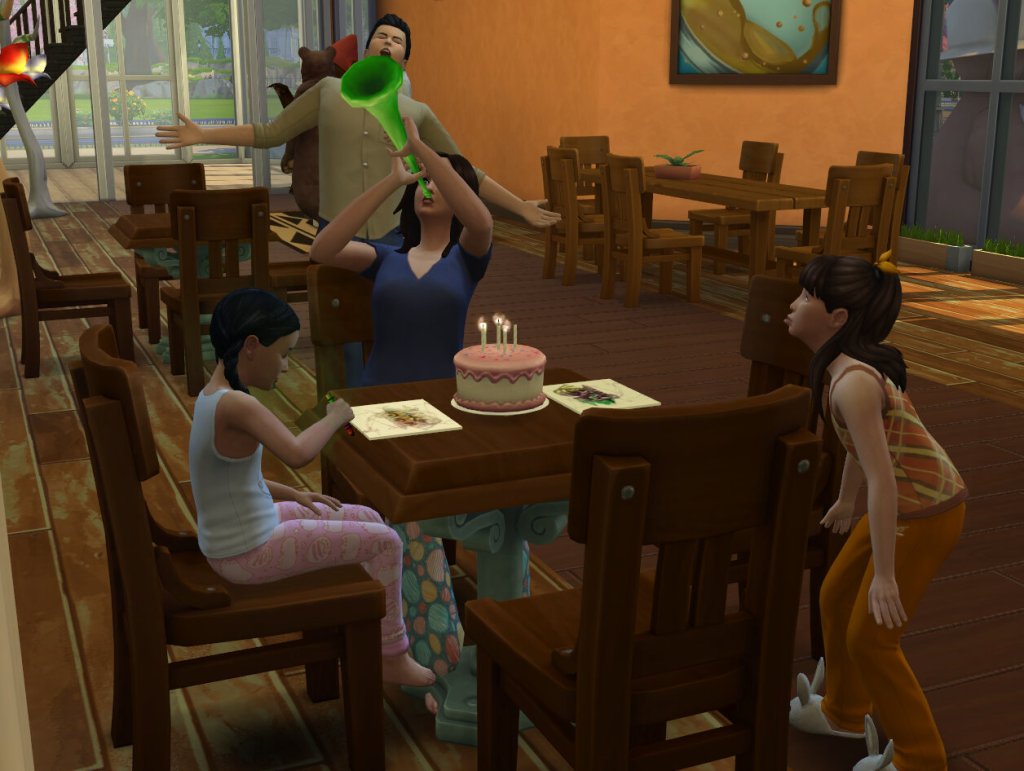 When she is awake once more Tess orders a cake to be brought to the table and adds candles for her to blow out. It’s time for her to become a teen! 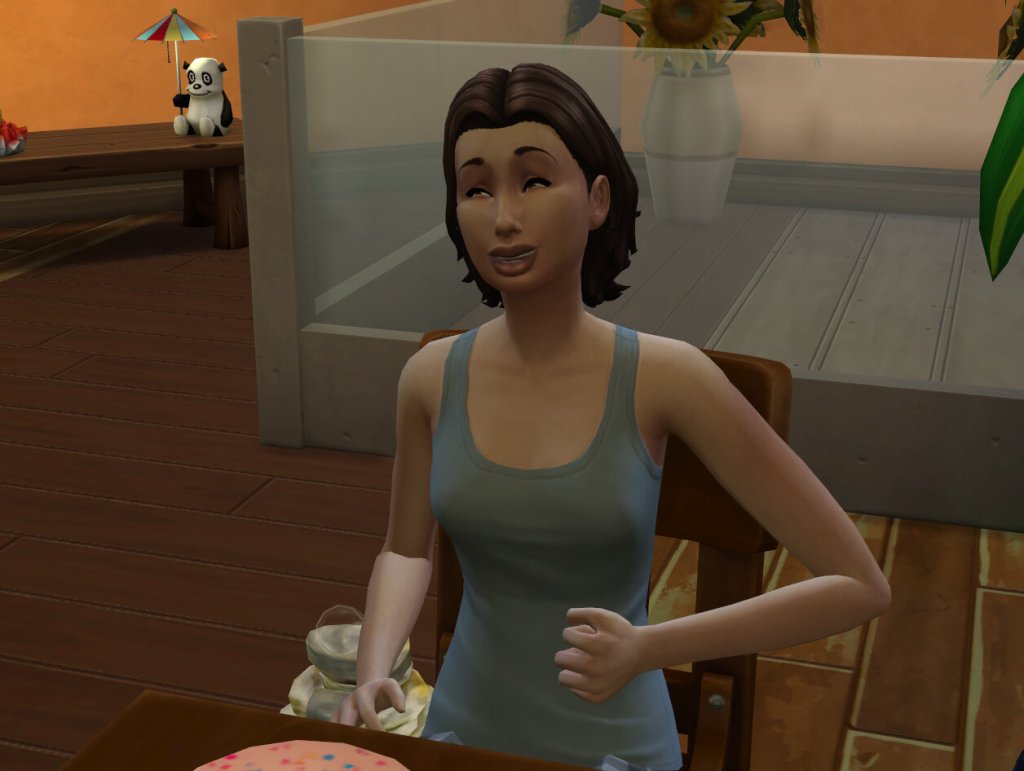 She rolled Chief of Mischief and childish.

After cake, the family goes out to admire the large statue outside. 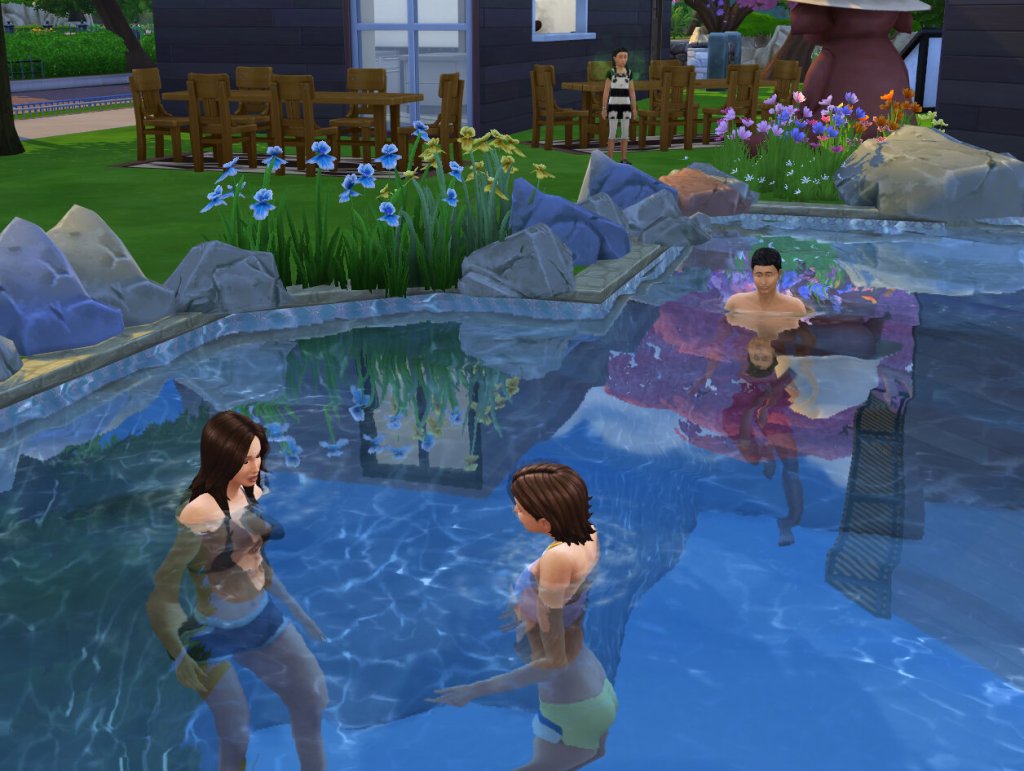 Hoping that a swim will improve Lani’s hygiene some, they all go for a swim.  Unfortunately, Lani doesn’t get in so they make their way home.

Poor Jaci.  Perhaps she wasn’t passing out from the sight of the bears after all!

I felt extremely guilty when I checked on grandpa Noah and saw his sad face eating alone out back when they got there.  It’s almost his time, he should have been there with them.

I couldn’t find Lina anywhere and then found her in her parent’s tub napping.  Poor girl.

Everyone took a nap after they got home.  It was an exciting day.  The new restaurant was a big success!

The restaurant Bear Grills was built by tazreentasnim.  When I saw it on Twitter I ran to the computer to download it. You will have to enable CC to find it but I didn’t download the CC bears since there are no links provided.

Now, the day before this was the hot dog stand fiasco, and if you remember they all didn’t get home until very late after waiting forever for the food that never arrived.  It seems that my torch holder Tess was the only one that got any sleep!  I was so excited to take them to the new restaurant that I didn’t look at everyone’s needs before taking them there.  I lost 20 points!  Jaci passed out 3 times and Lina once.  It was worth it, though.  This was a lot of fun.

Normally my ISBI chapters span several days but I got so many pictures of them dining out that I didn’t feel it needed more.  Also, and this will sound horrible, I was afraid Noah would die and it would be a sad chapter instead of the silly fun I had intended.