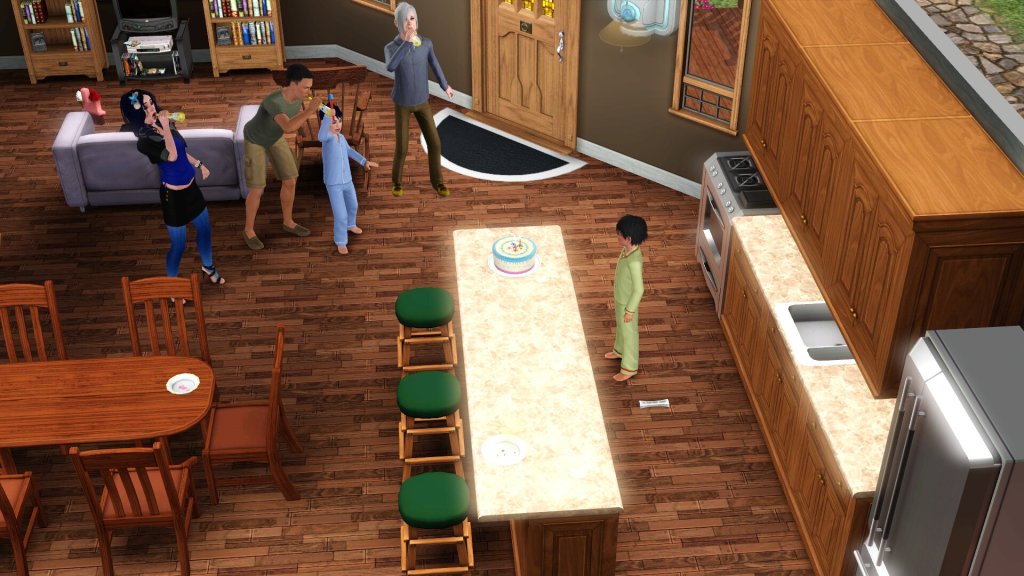 It’s already time for Cole to age to teen! 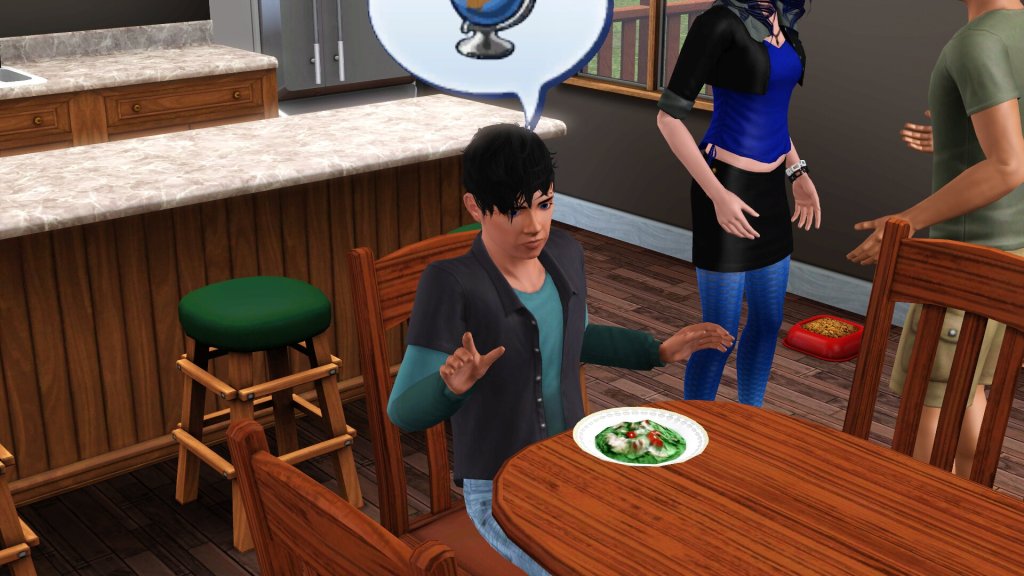 Not the best “after makeover” picture. 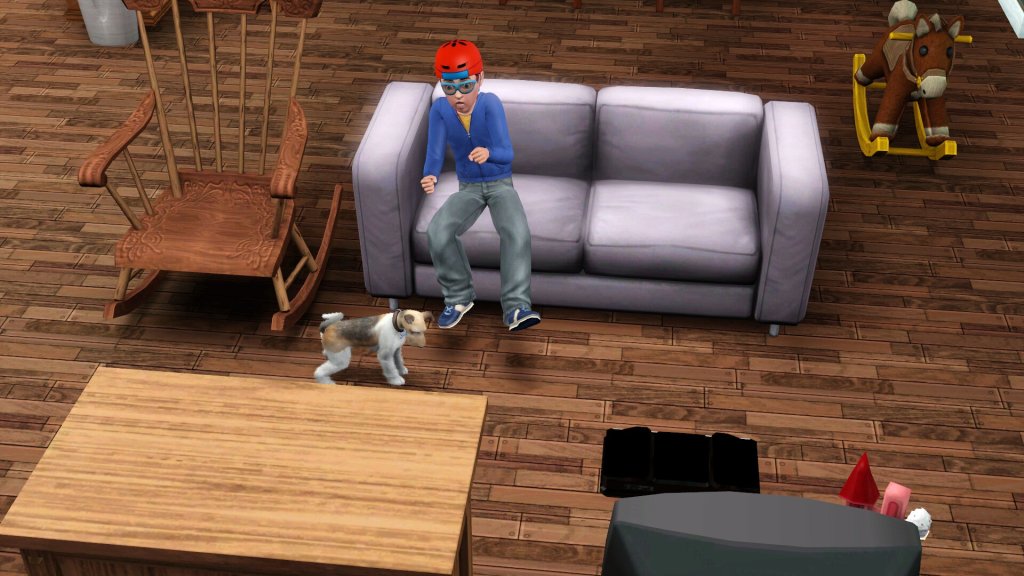 Parker taking a joyride on the couch. 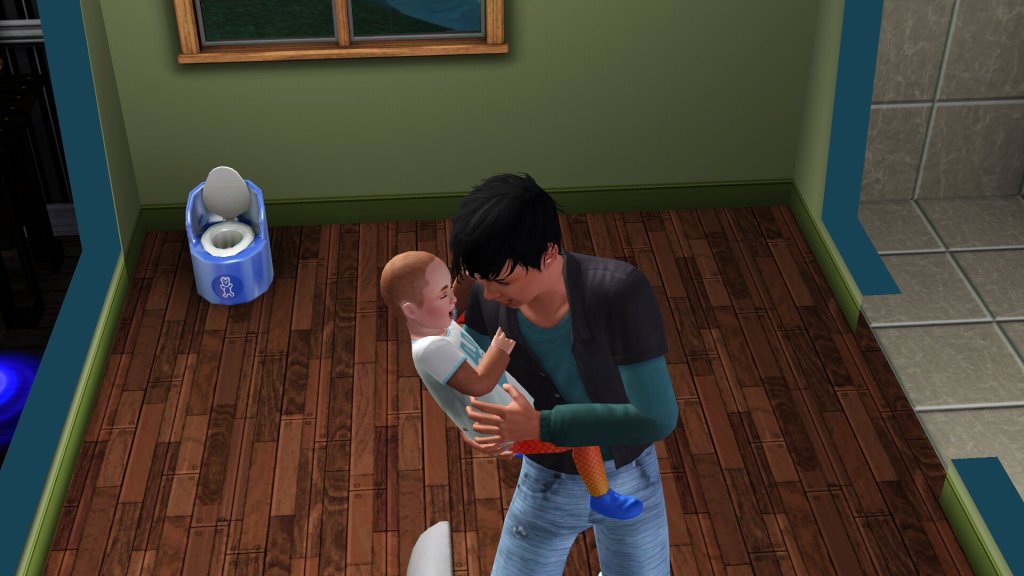 Cole being all cute playing with Axle. 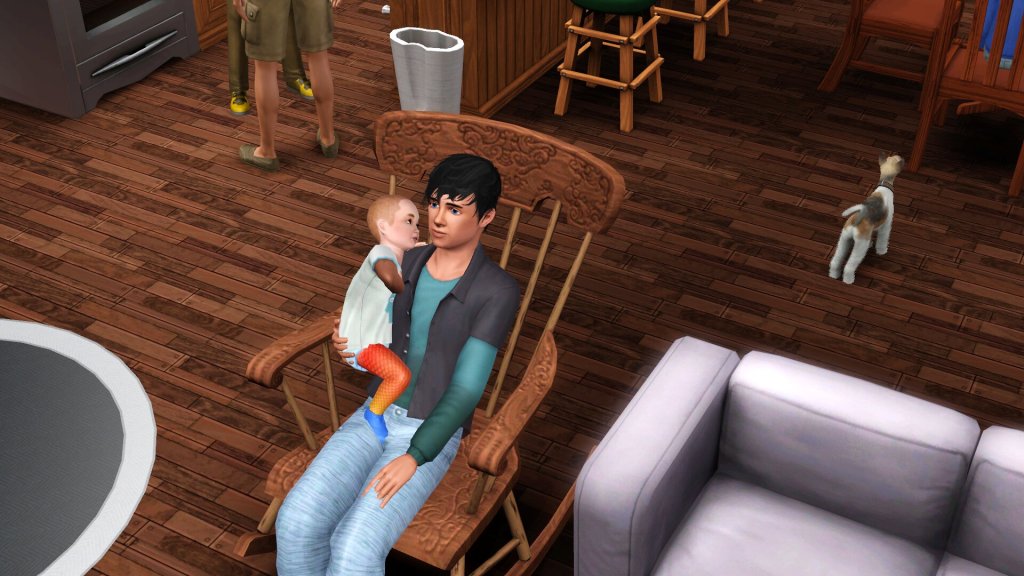 Awe.  So sweet.  I guess he decided the spares have to stick together. 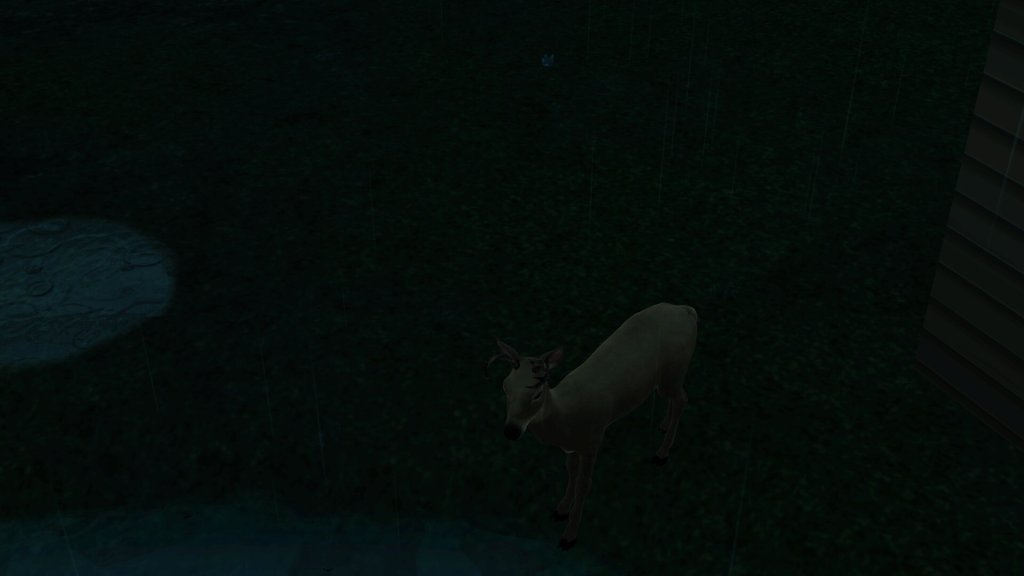 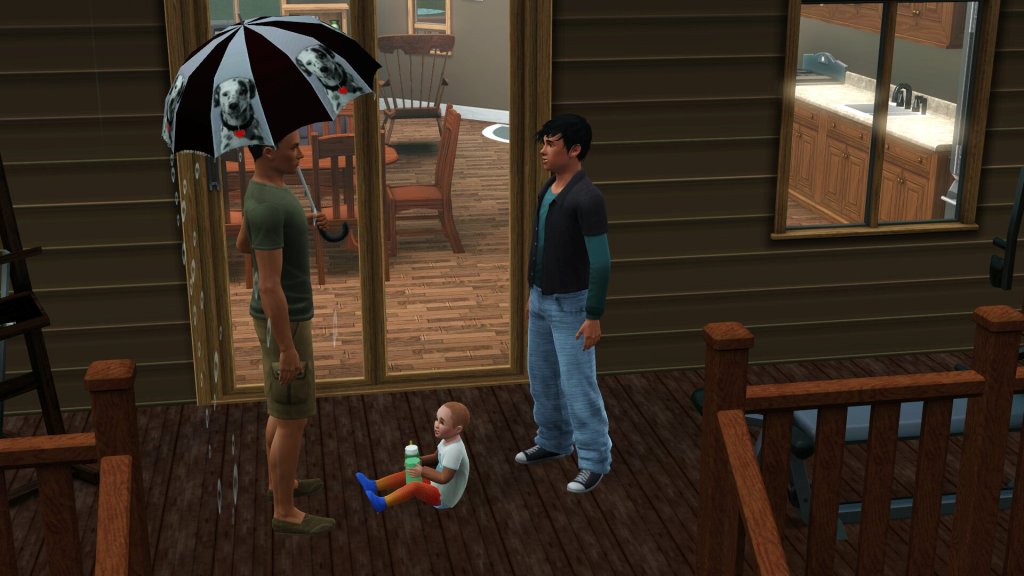 Okay, it’s raining.  Is there a reason why you needed to feed him outside? 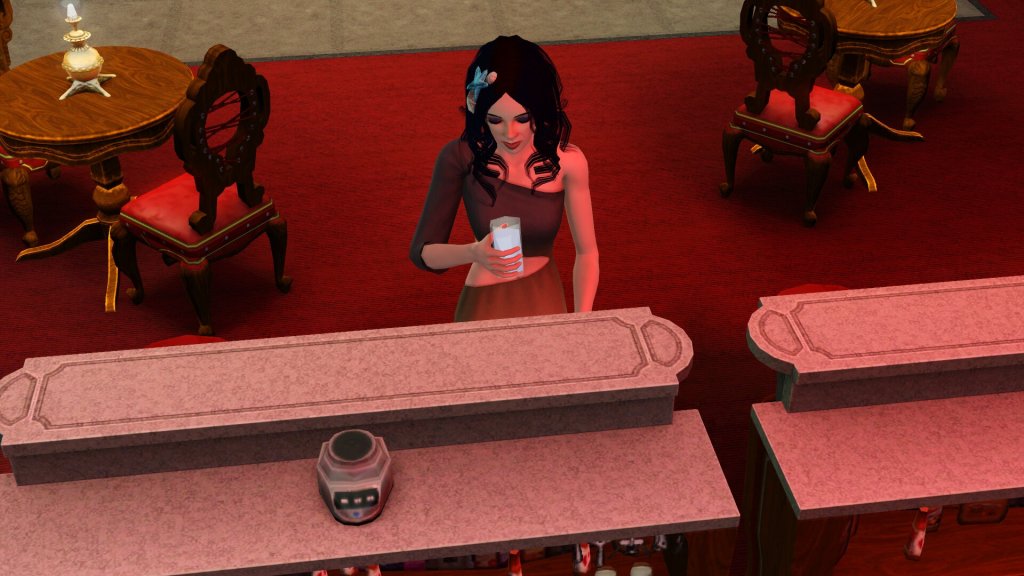 Amber is so annoying.  She needs to swim in the ocean all the time right?  So I send her there, make her swim, go on to one of the other sims and usually within minutes she’s walking back in the door!  This time I found her at a bar by the house. 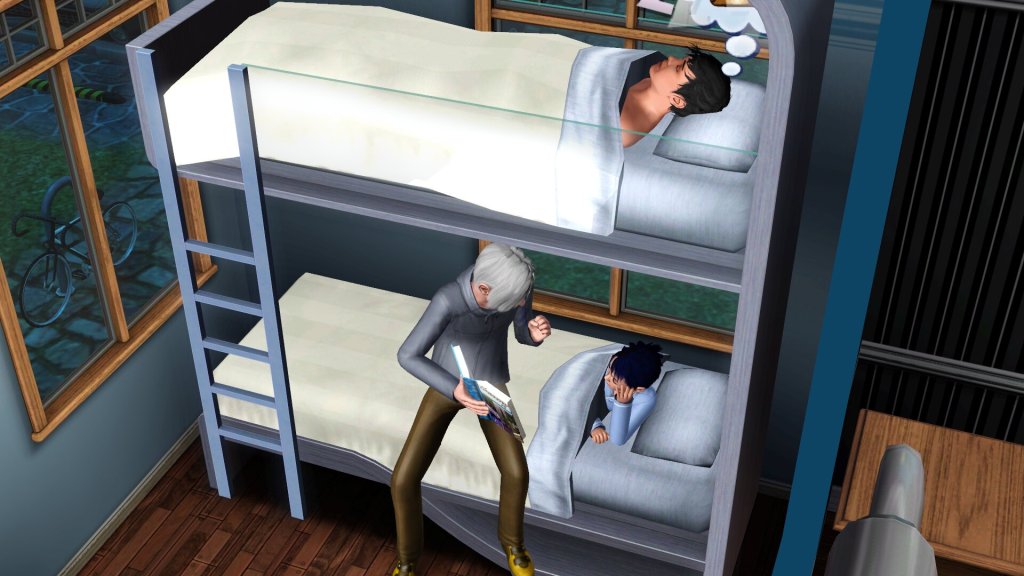 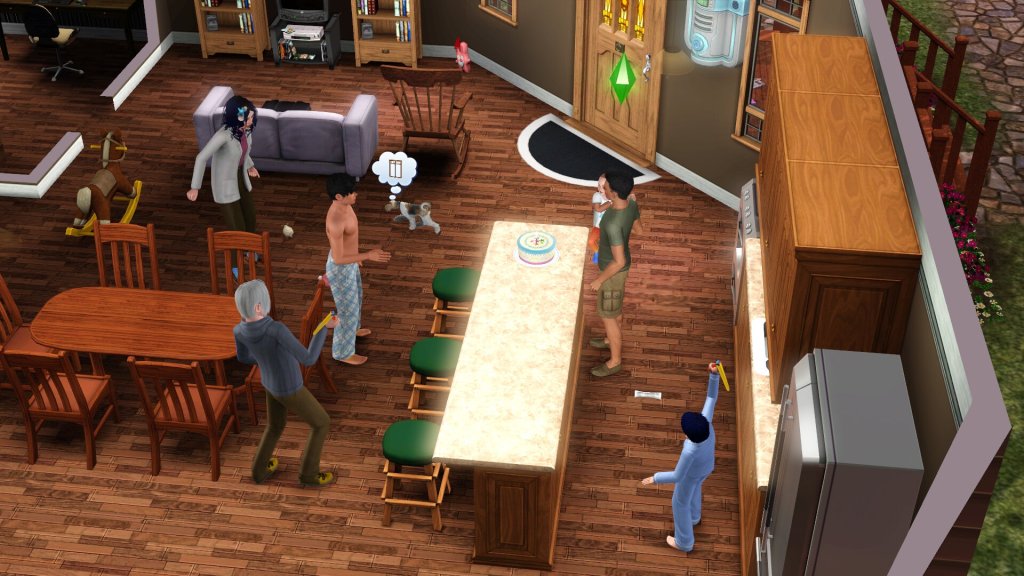 Axle’s child birthday couldn’t come soon enough.  Seriously, I was so sick of babies and toddlers! 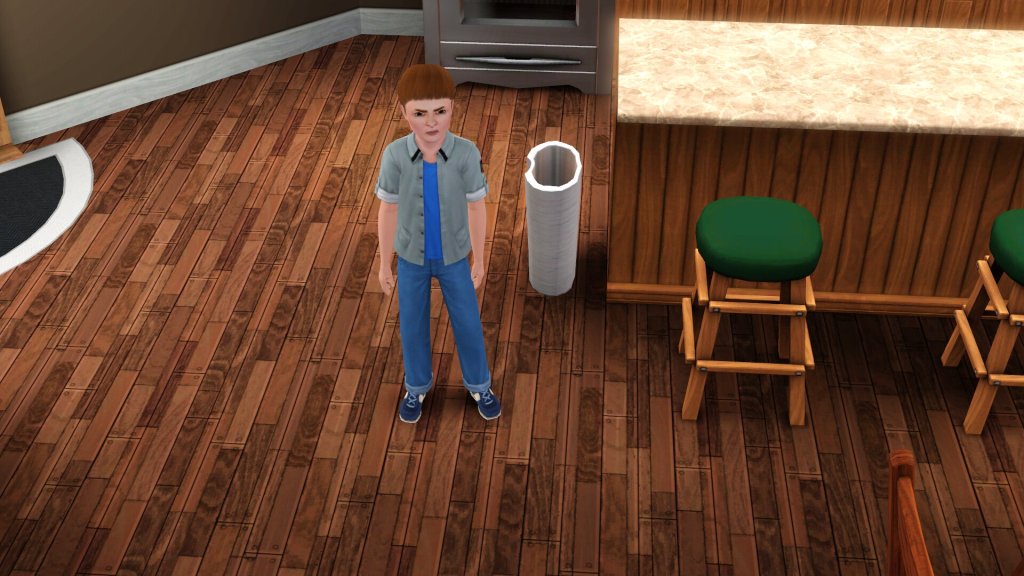 His face says it all.  He got the grumpy trait.  I just wanted to see what it’s like.  So far he just gets negative grumpy moodlets, kinda boring. 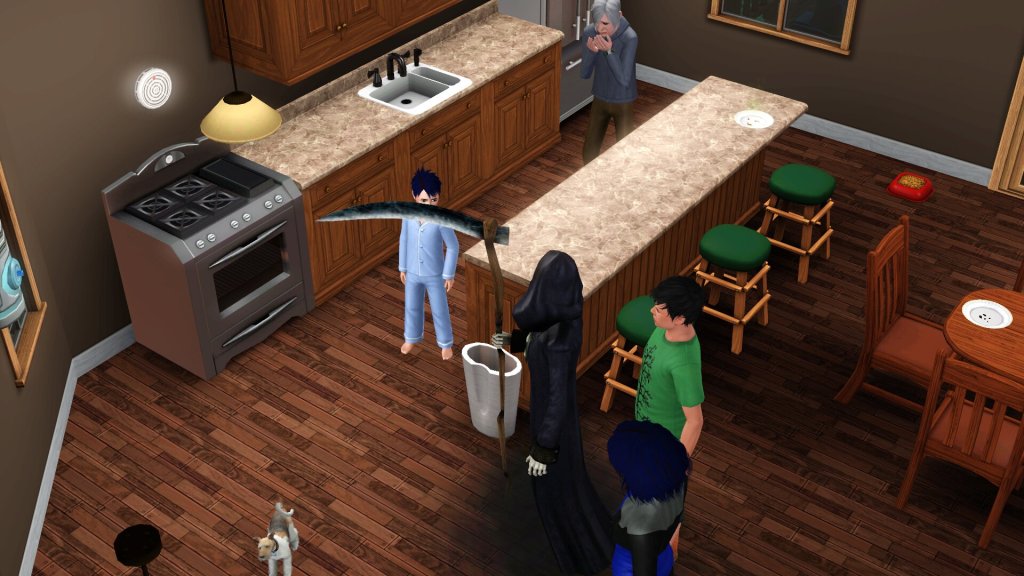 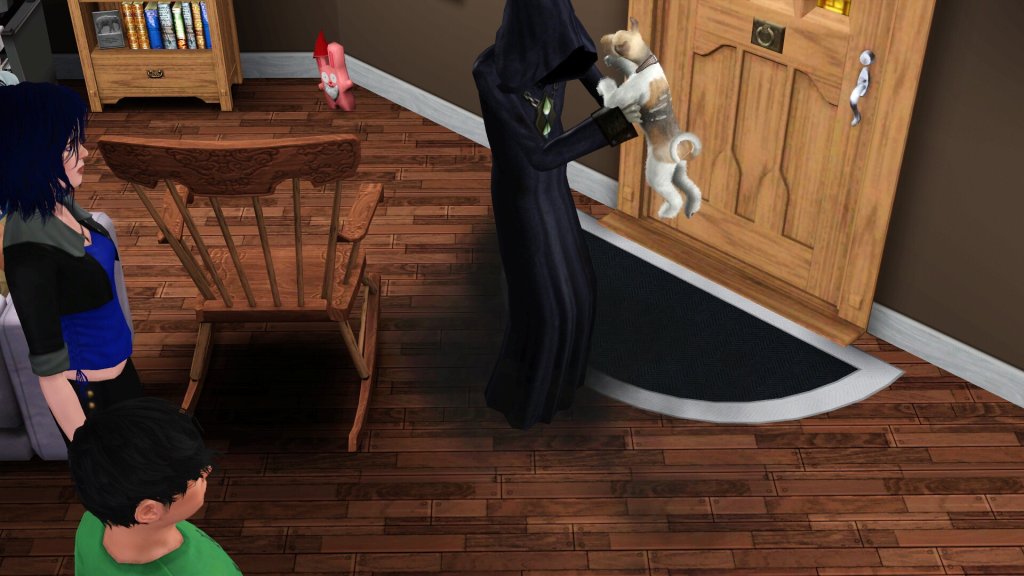 This was kinda sweet. 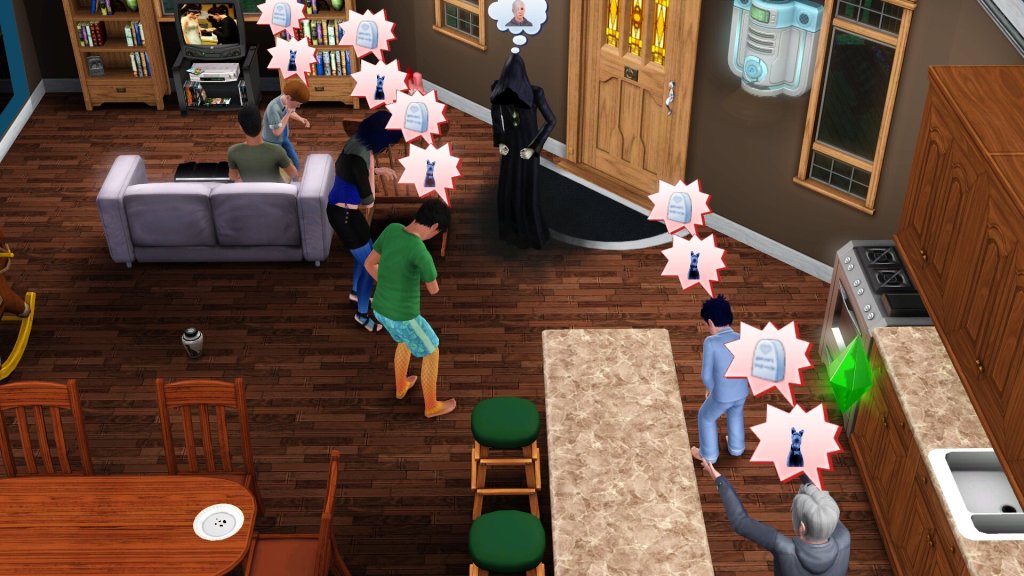 Everyone loses their minds over it and I can’t blame them.  I got misty-eyed myself. 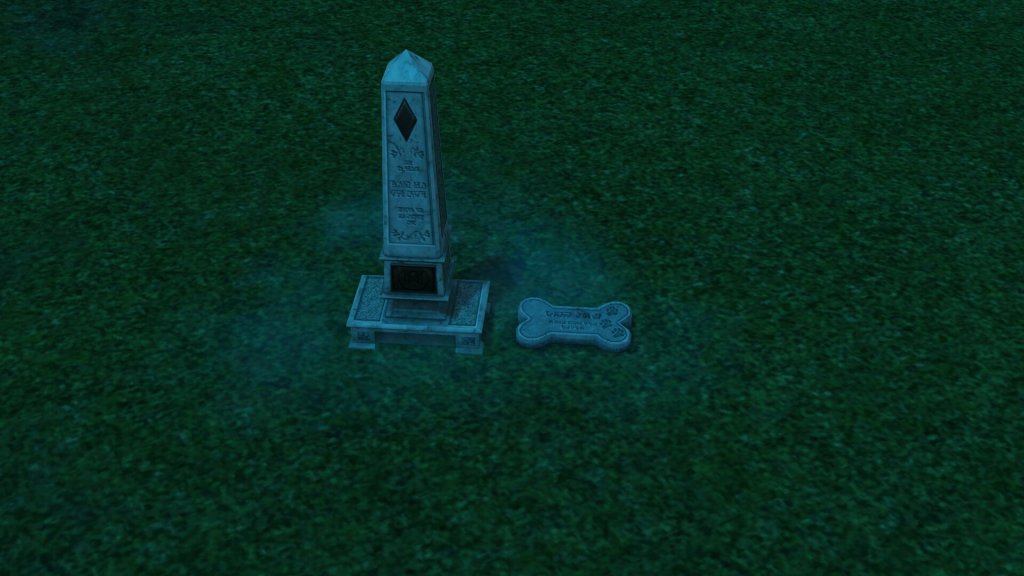 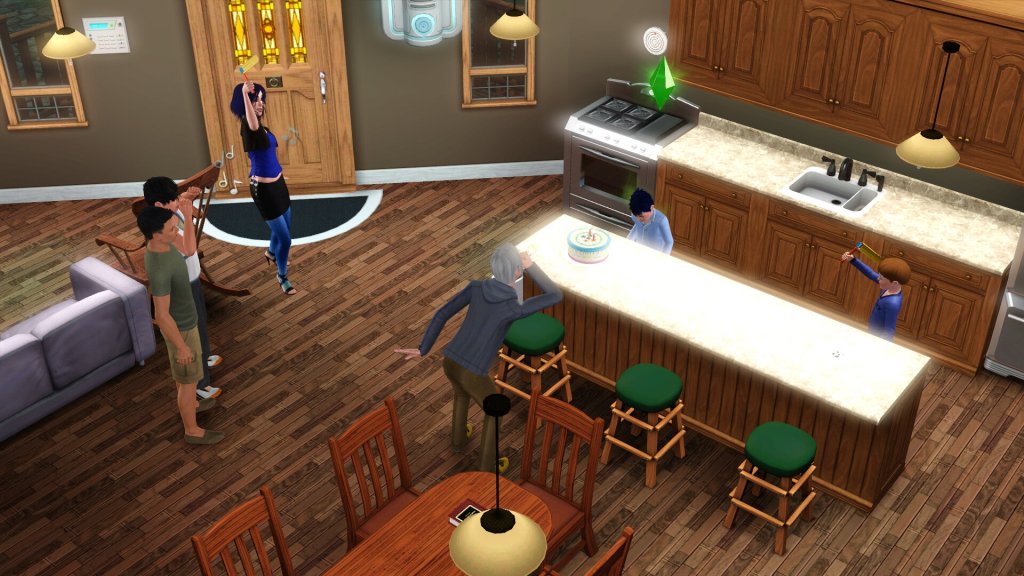 Then it’s time for Parker to age to teen. 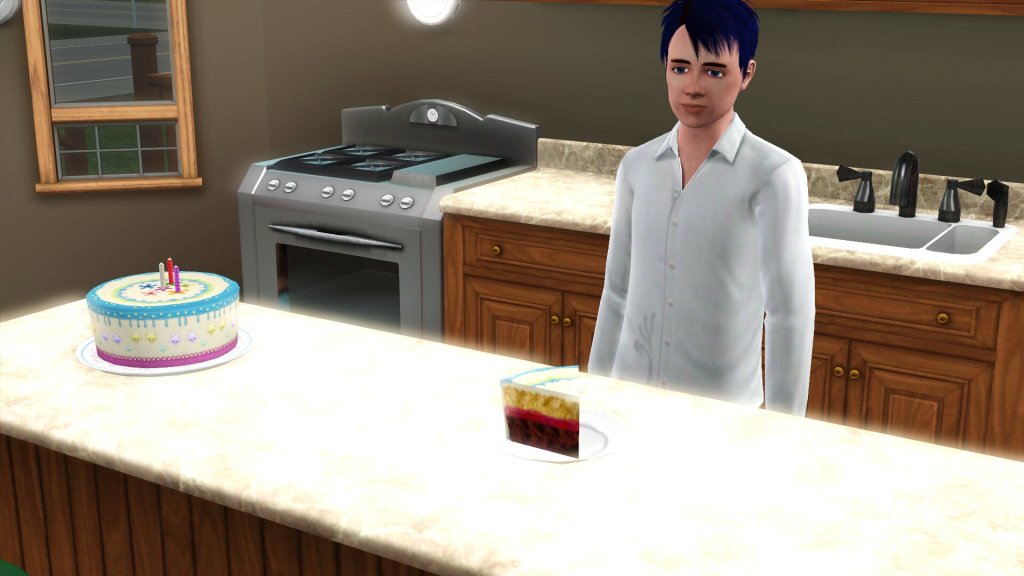 He turned out pretty handsome. 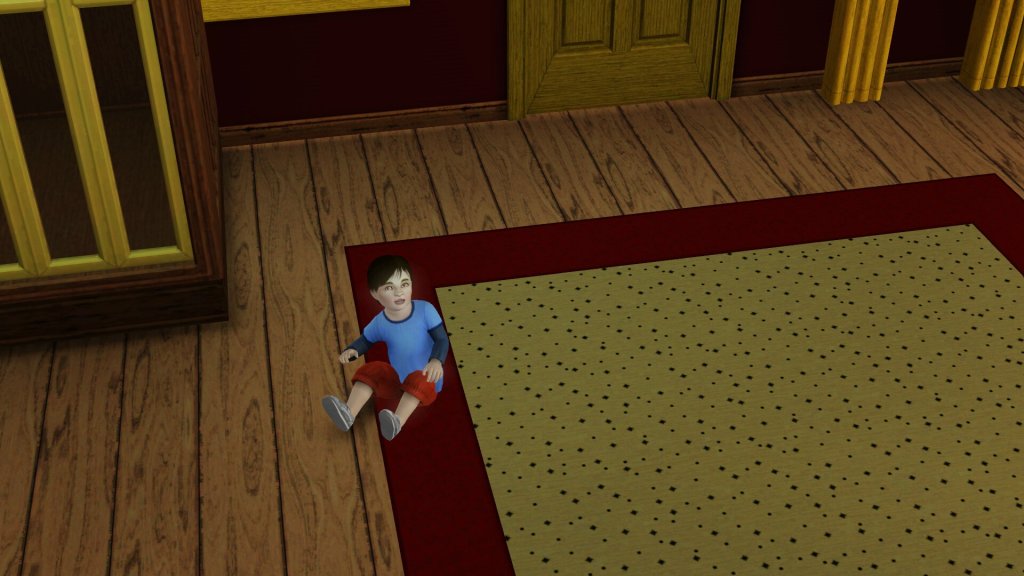 I was looking at the map to find where the girls are that I wanted Parker to meet when I noticed Jay Moone’s maptag so I zoomed in.  He’s a vampire! 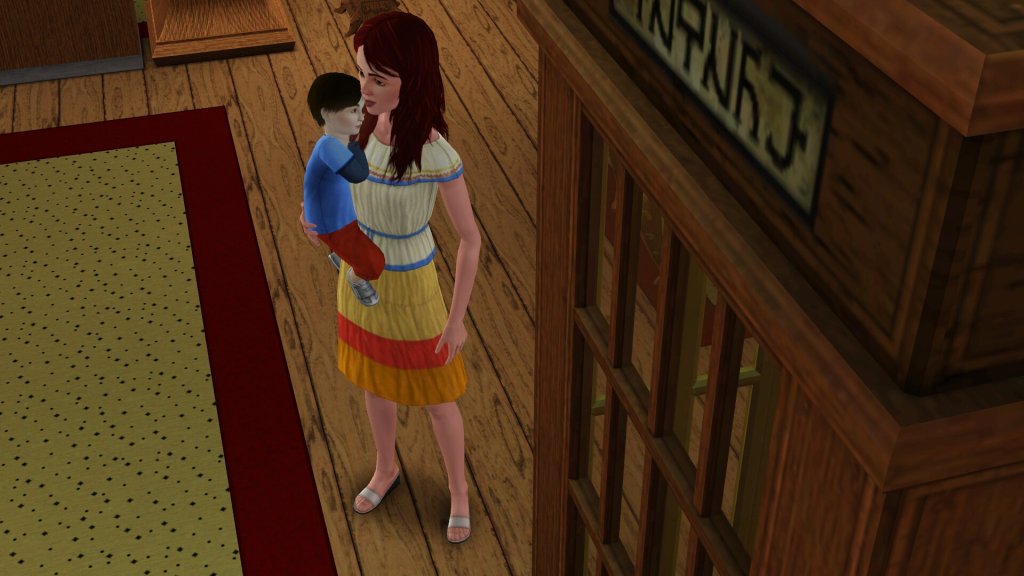 I unpaused it and Lilith picked him up.  Awe.

When he aged to child I marked all the girls that were around his age.  This one was my number one choice.  Her name is Autumn.  He talks to her for a few minutes, finds out she’s a snob and after I get a better look at her I’m like naw, not happening.  I just didn’t like the look of her at all. 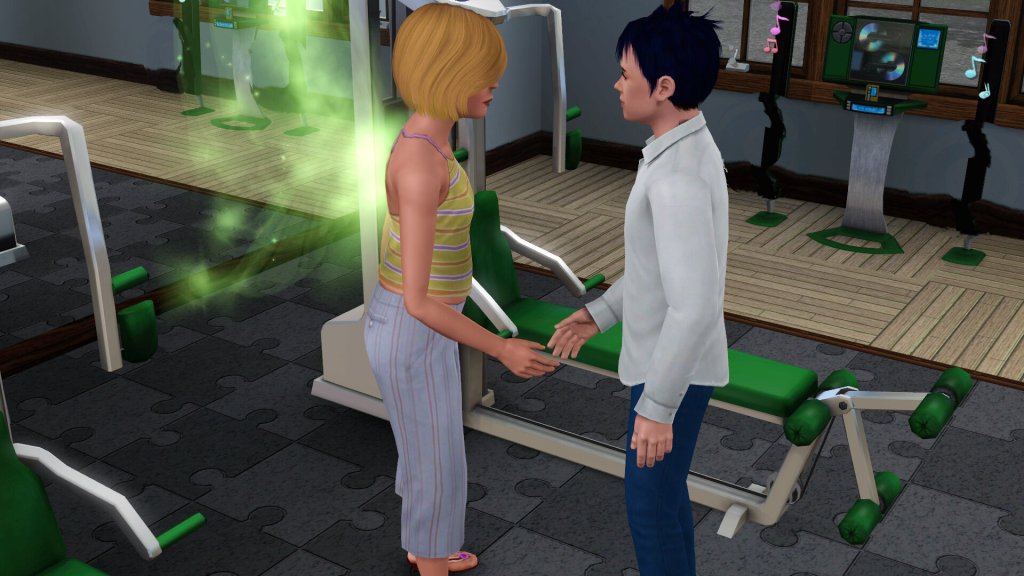 Number 2 choice.  I played a couple of generations of fairies in my legacy so I’m not adverse to them or anything but I just couldn’t warm up to this chick.  Plus she thought Parker was boring. 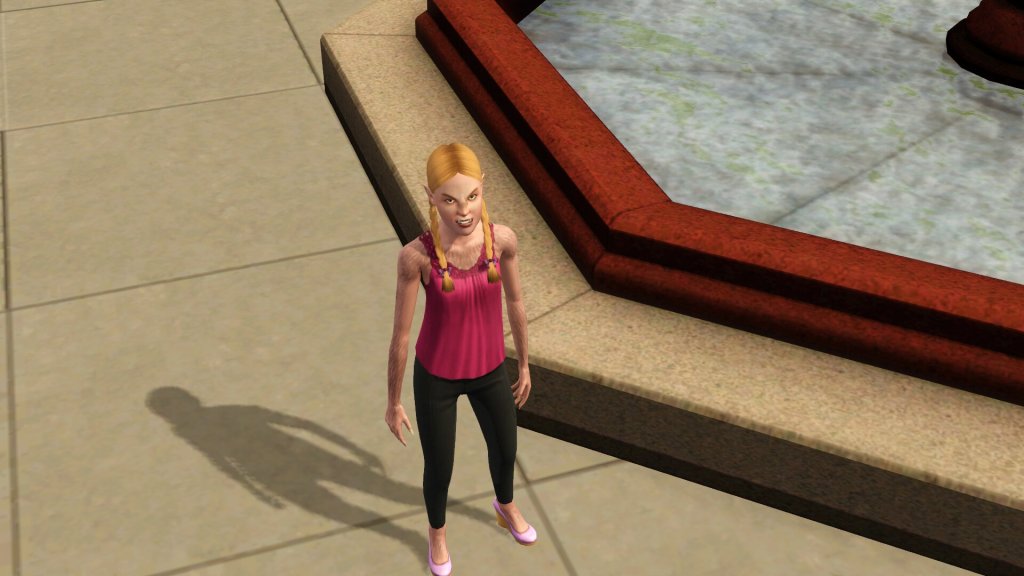 Oh dear god no.  I didn’t even have him go introduce himself to this one.  A hairy vampire/werewolf hybrid?  No thanks. 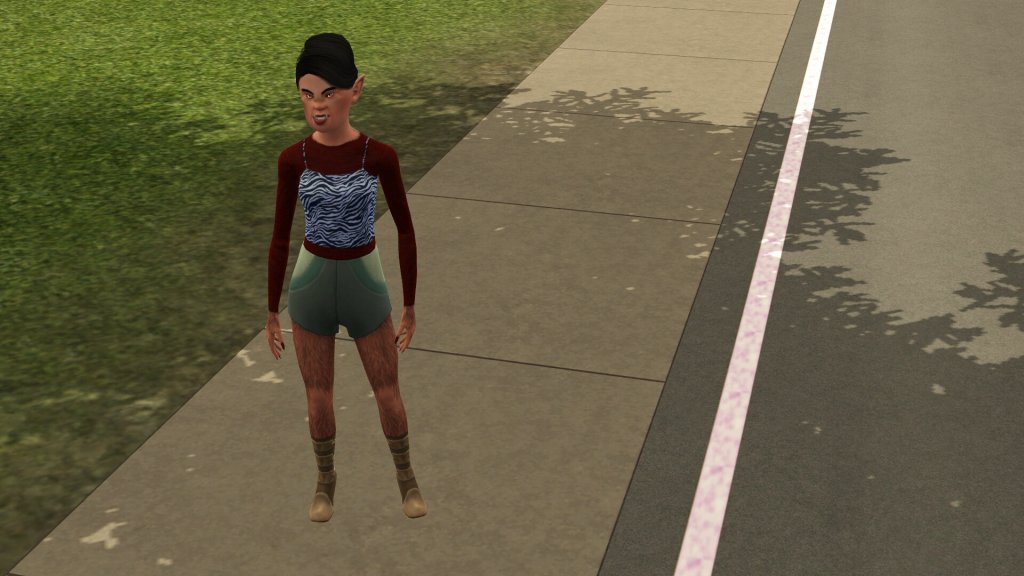 What on earth is going on with the genetics in this neighborhood???  I looked around for girls that were a bit older and found this one.  She’s seriously scary looking! 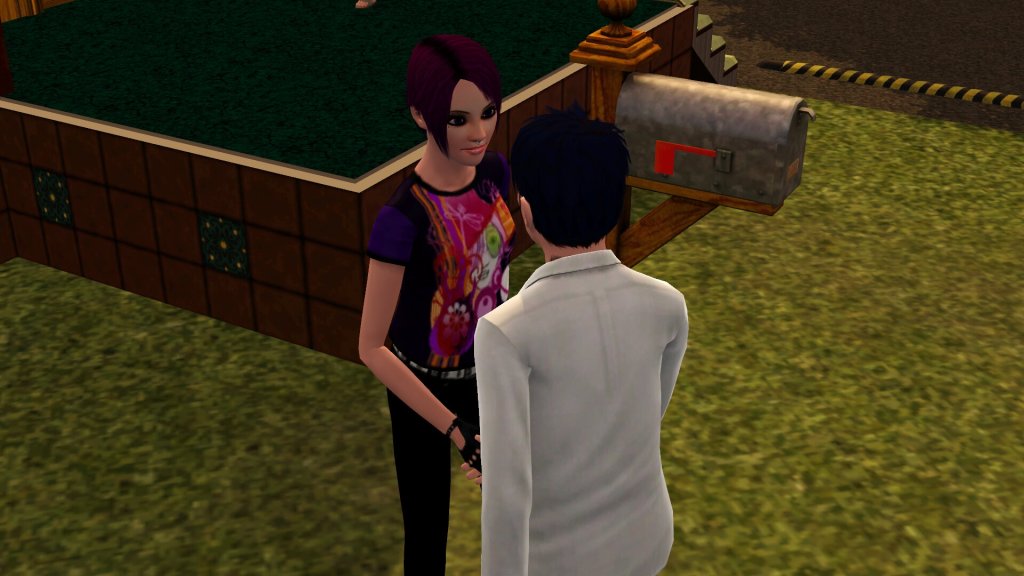 So, I went on TSR and found this girl.  She had CC hair but it had this huge bald spot every time she moved her head. I just gave her a randomly generated mom and stuck them in a house and sent him over to introduce himself.  The prom was that night and even though he didn’t ask her or anything she became his romantic interest. 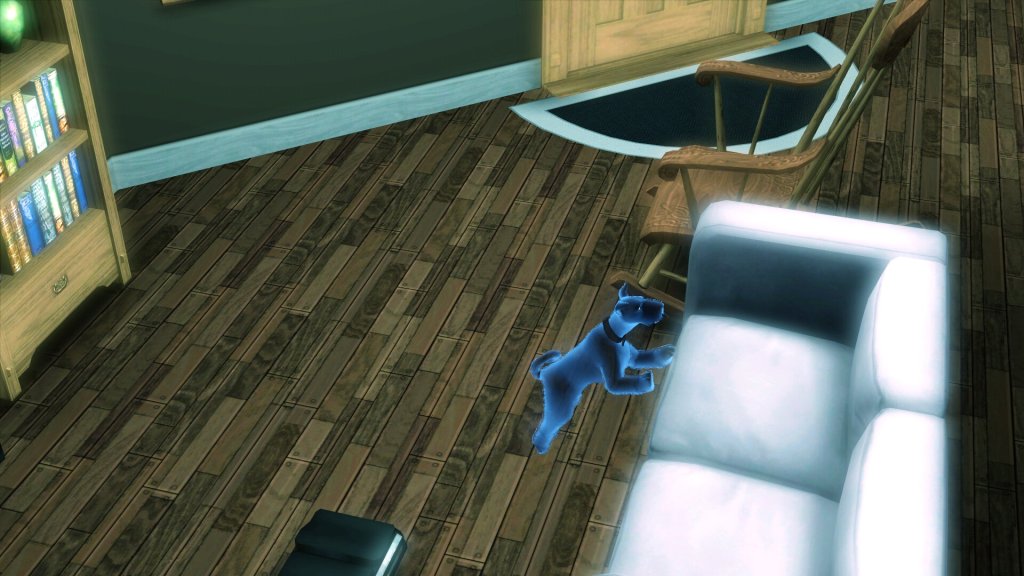 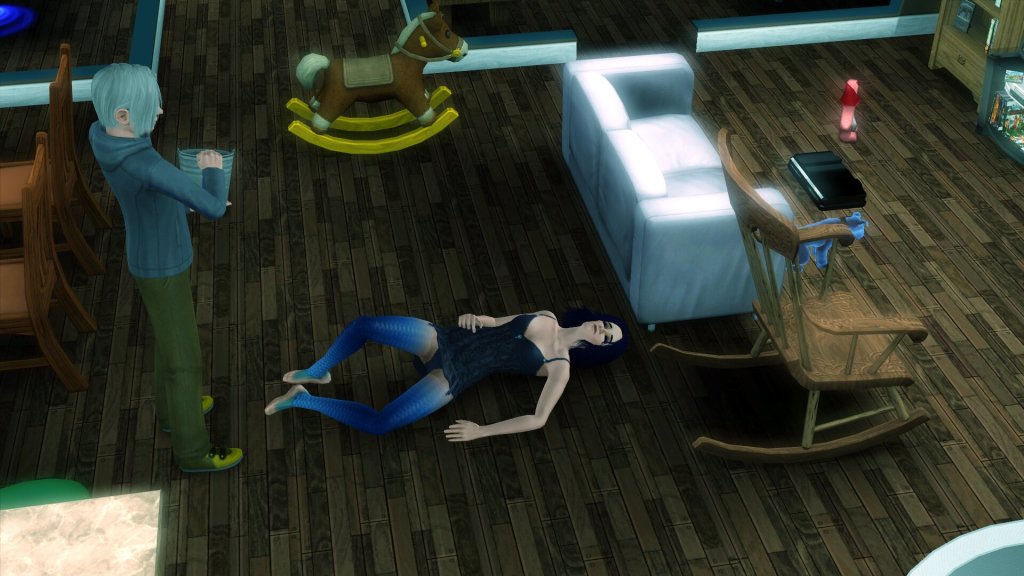 *sigh* Remind me to never have a mermaid again.  Toss another bucket of water on her Malcolm, maybe it’ll knock some sense into her and she’ll stay in the darned water and swim next time!