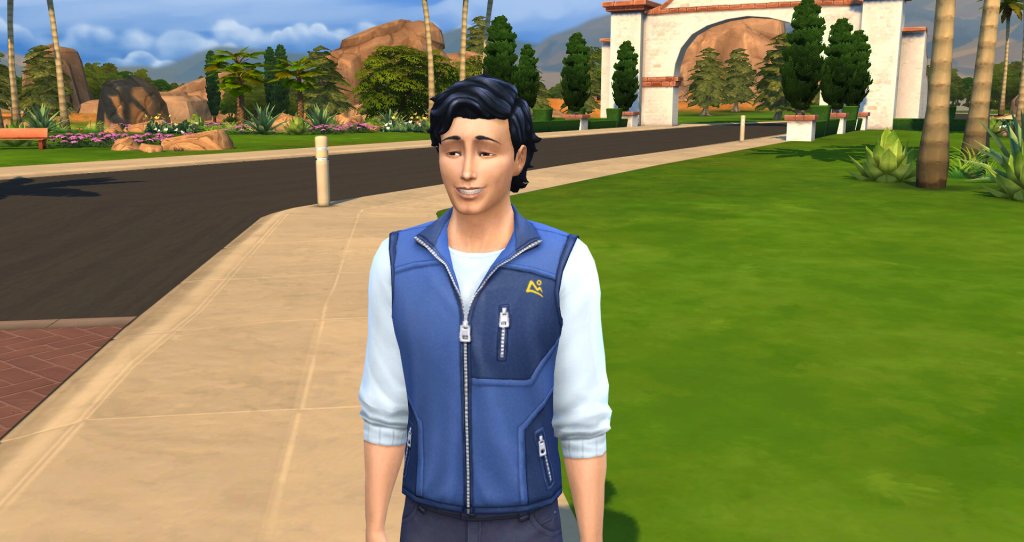 If you read along with house 002 then you recognize this guy.  Wade Rover, son of Mindy Rover.  Luckily the only need that was somewhat low when he moved to his empty lot in Oasis Springs was social.  I had hoped he’d take care of his needs before his cake and for the most part he did. 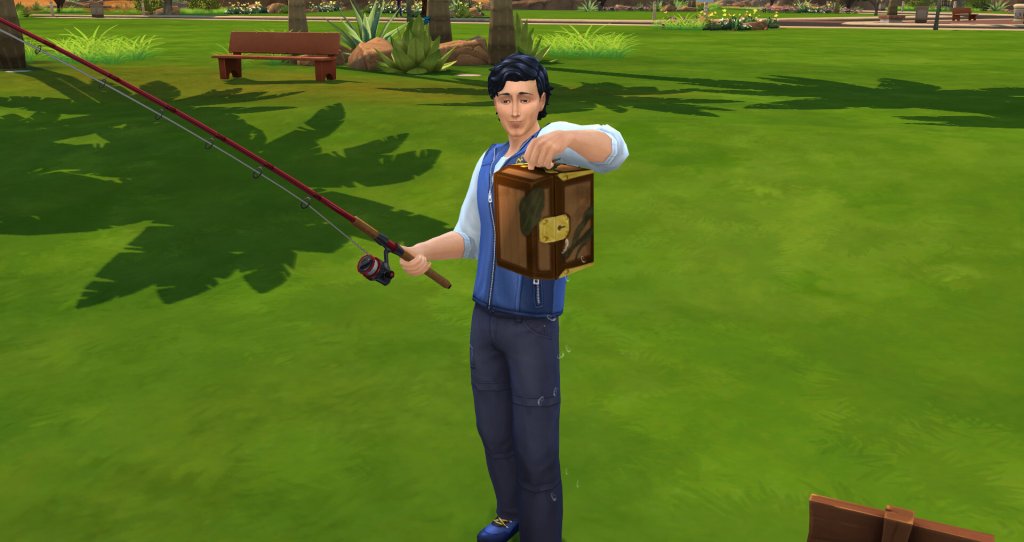 I got all excited when he got a box his first catch.  Was it a cowplant berry already??? No.  A lemon.  But he did start off with like level 3 in fishing from fishing with his mom in Granite Falls so that was cool.  I meant to take a screenie of his skills at the start and forgot. 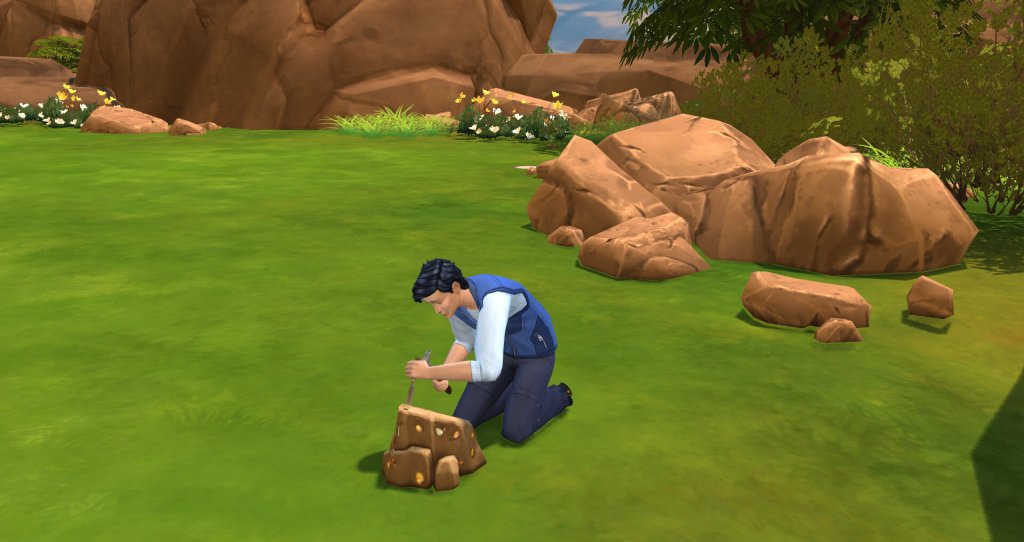 Back to the grind of fishing until digspots come up and fishing some more until harvestables come up. 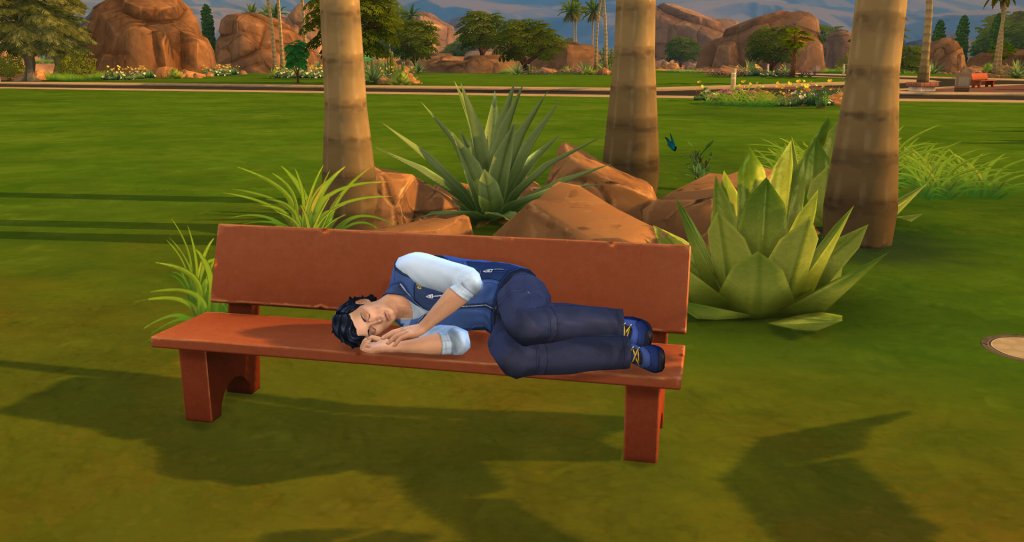 Oh and napping on a conveniently placed bench next to his lot.

While he was napping I sold most of his haul from his run and got him a cooler.

Getting enough money for the pee bush later was pushing it.  He had a frog and 2 lemons left and I wanted the frog to breed and the lemons that he’d caught fishing I wanted to plant.  I ended up having to sell all but one lemon so he didn’t pee himself.  If he did that he’d be too uncomfortable to fish until I bought a shower! 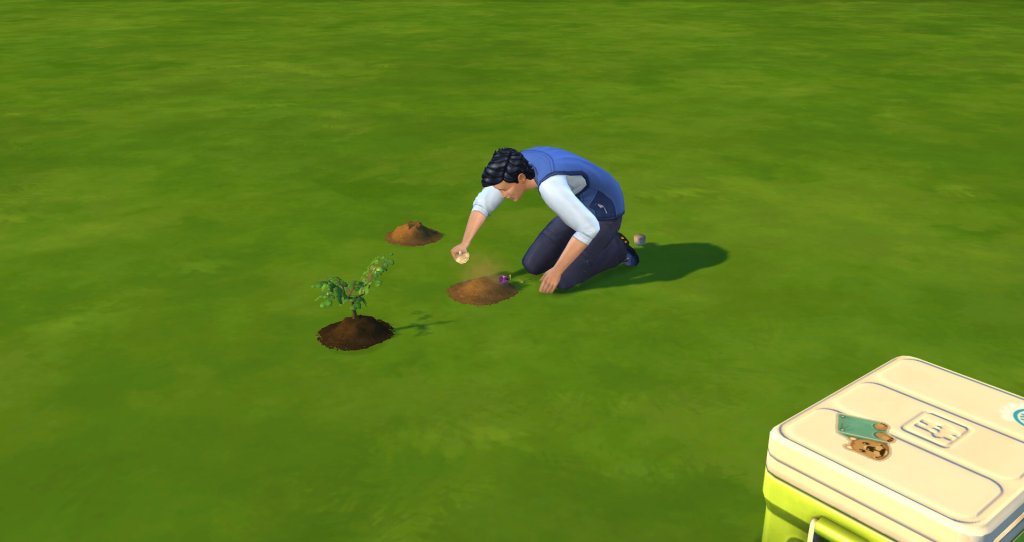 He had planted the lemon the night before and found some tulips and onions to plant the next day.  Blackberries take like 4 days so he hasn’t gotten them yet.  For now, he’s just planting whatever just to get his gardening skill up.

His social was extremely low.  I had him stop his mom and chat and she ran away.  Everyone kept running away and the only sims that were walking the street were sims from the other 2 houses!  He’s like “where is everyone?”

Filthy and tired, I made him fish in hopes to get a good catch for a shower but he ended up stopping and needing a nap. 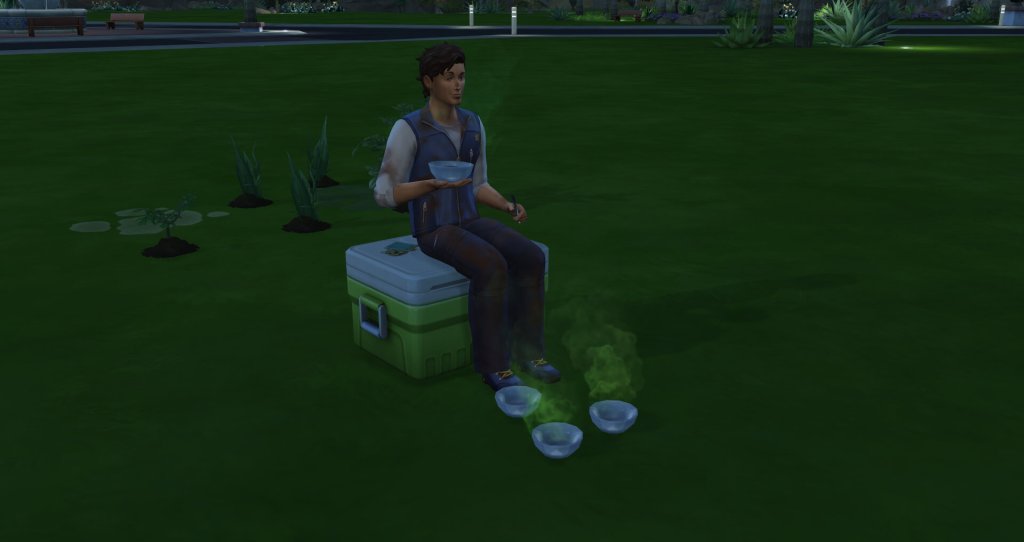 The stinky bowls pile up and he’s still stinky.  Trying to get his other needs up so he can hopefully fish up enough for a shower. 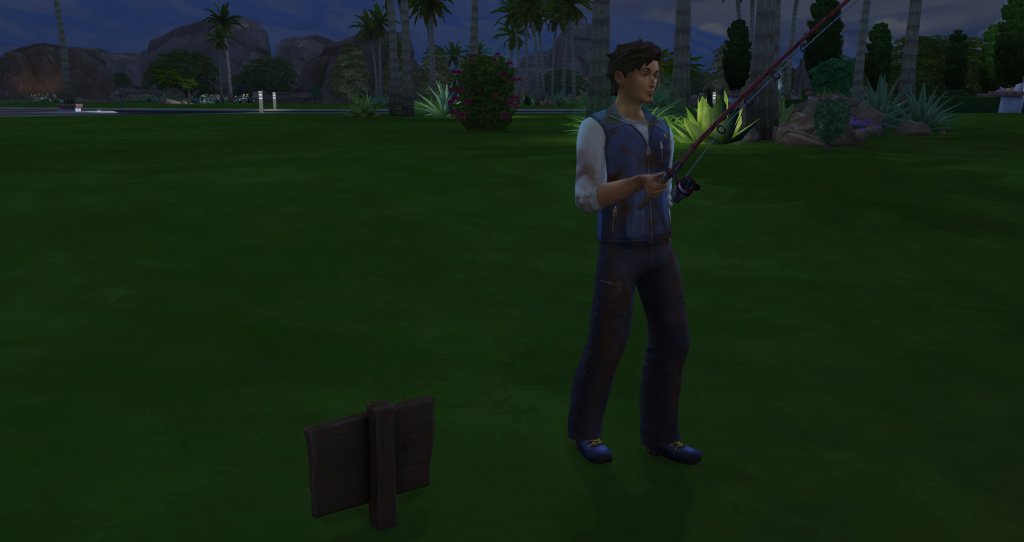 ‘Cmon buddy you can do it!

Success!  He caught an upgrade part and even had enough for the shower tarp in case someone moves in with him he won’t be embarrassed if they’re on the lot when he showers.

I was looking around for sims and this chick was fishing with his mom.  I sent him over to introduce himself but there was something I didn’t like about her.  She’s single though so I haven’t completely discounted her yet.

Then he meets this guy.  He’s a musician but I believe he was married and he was mean. 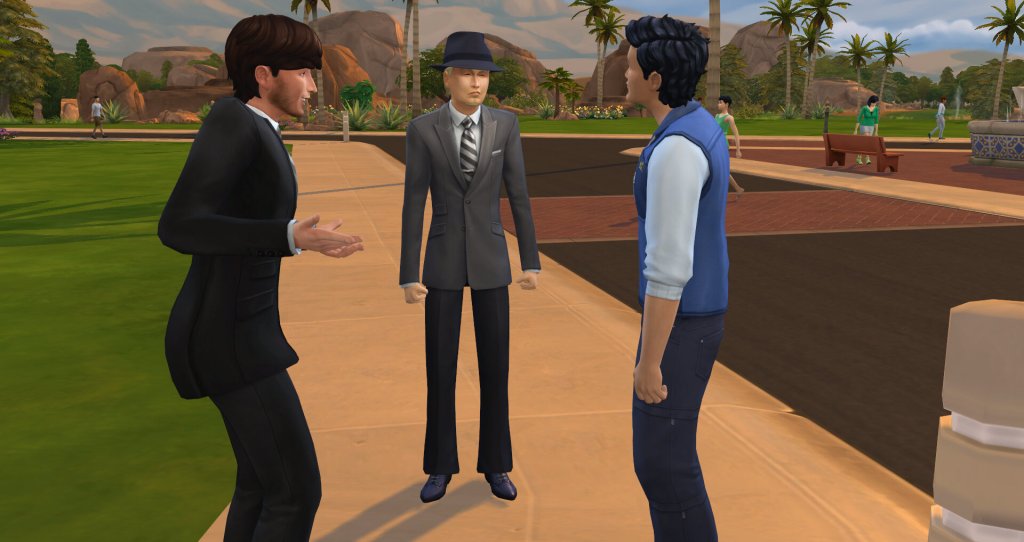 Then he met this guy.  He’s totally hawt and I wouldn’t mind him hanging around the lot all day but he turns out being evil and married to boot.  Meanwhile, there are no pretty girls around.

He needed social so he hung out with Damien anyway even if he was evil.

Weird.  I thought I had a screenie of him meeting Colton?  Anyway.  I saw Colton walking down the sidewalk dressed really weird and sent Wade over to introduce himself.  Of course, he asked what his job was and from what I could figure out he was level 7 of the Secret Agent career.  He was single and his traits are geek, good and clumsy.  Score! He had left to go to work but Wade invited him over after his work hours and they became friends. 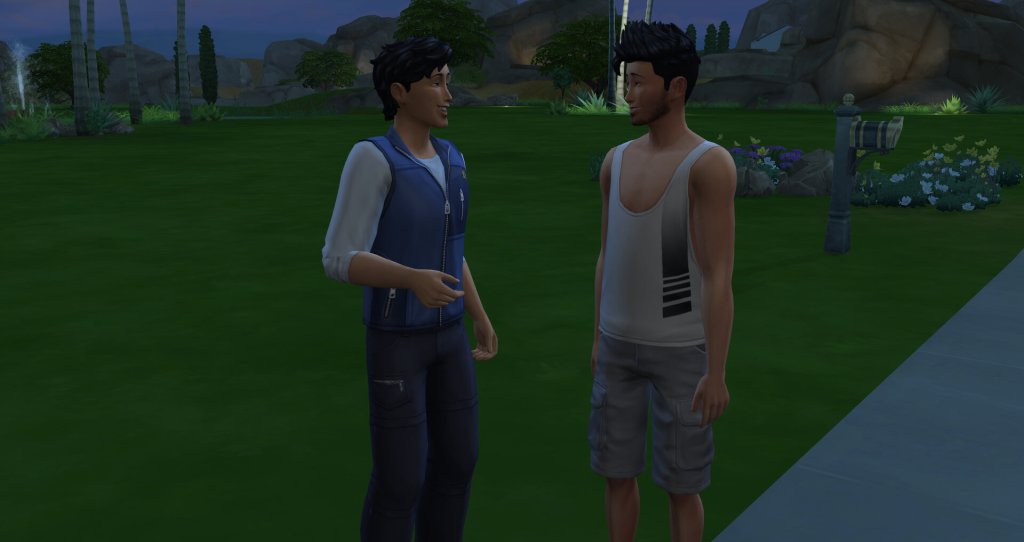 He moved him in and Colton got a bit of a makeover, not much.  So I clicked on his career, thinking I already knew what level he was, and was in shock!  He’s a level 10 Supreme Villain!  Holy crap.  I was so shocked I saved the game and ended there.  This is the shortest first chapter I’ve done for the drifter challenge so far.  I think it was only 3 1/2 days.  Unfortunately, Colton is close to aging to adult so I don’t think I’m going to hook them up.  I was kind of hoping to match Wade up with a girl but we’ll see.