Thad finally reached level 8 in violin and started working on a song to license.  He’s been just re-licensing the piano one when the time on it runs out.  Good to know he doesn’t have to write another.  They take forever. 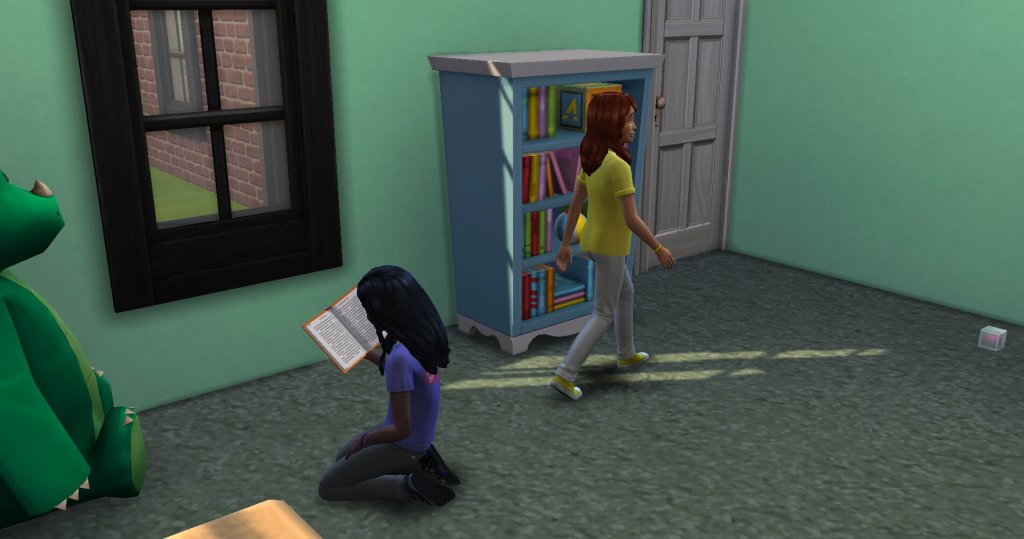 This little girl, Kaitlynn who I think is the sister of the little boy in the last chapter Omar, came home from school with Larissa.  Larissa don’t you want to do your homework too?  Please?

I chose the wrong thing from her school chance card and she had an angry moodlet… and an inspired moodlet from school too.  They kept switching back and forth and it was like wild mood swings!

A sneak peek into what’s happening while I’m playing: Just before this happened my phone dinged with an alert and I looked at it…

Do you see this?! Less than Zero cursed me with twins!

Twin girls to be exact.  Baylee and Maci.

Jamie went to bed and Larissa started doing her homework so I quickly had Thad help, even though he was tired. I think this is the only time she’s ever completed it!

Of course, then she heads to the playground… until time for school the next day!

Alright so I saw this happen in TigerLover’s YouTube let’s play but it still shocked me.  He walked in the door went right for the book to put it away… 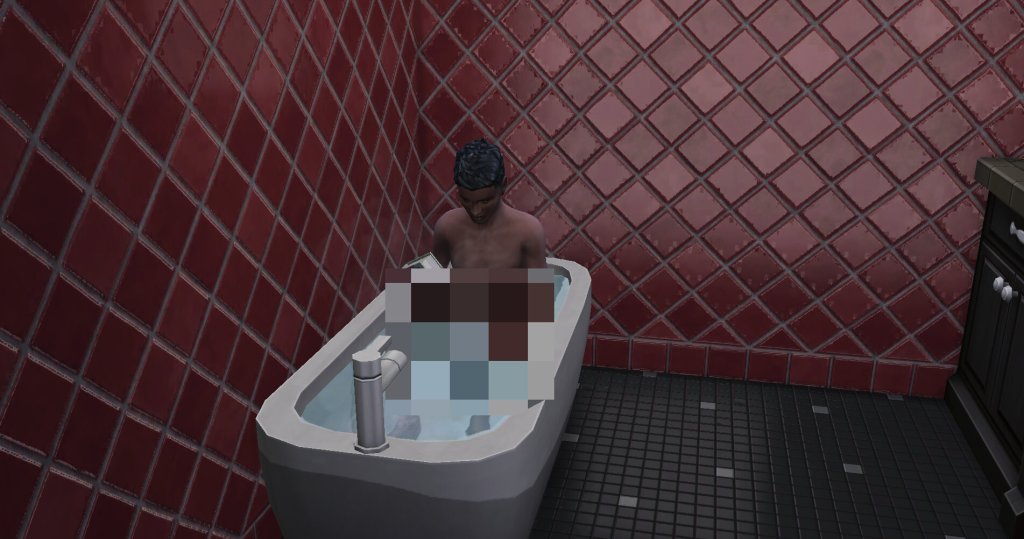 …and sat in the tub first!  I was dying laughing!  It happened once after that too.

This now meant he was out of his “nanny” clothes the rest of the day.

Even with nanny Rees, Thad has to help out.  Twins are rough when your main sim has a job!

Can y’all just leave him alone so he can garden, please?

Also, he’s thinking about the nanny getting in his tub!

Ya know, if you didn’t stay on that playground all the time you wouldn’t be so darned tired! 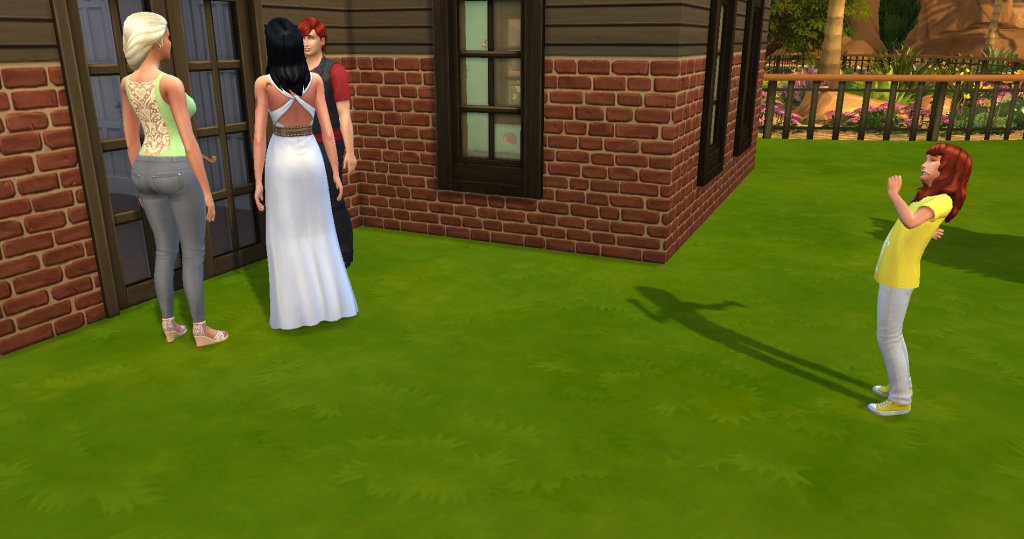 All of the adults blocking the door.  She stands there yawning.  I had used the group “go here together” to get her off the playground.

She took a nap so was energized and went outside way over to the side of the house to do situps.  Hopefully Deaderpool adds that to the annoying things on MCCC soon.

Interrupting the chapter for some cuteness… the other kids aged up! 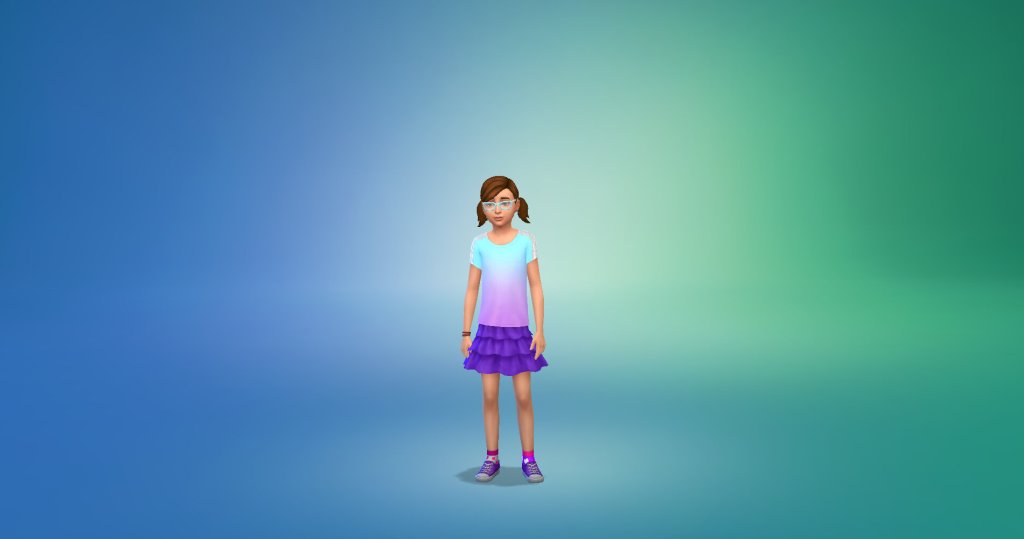 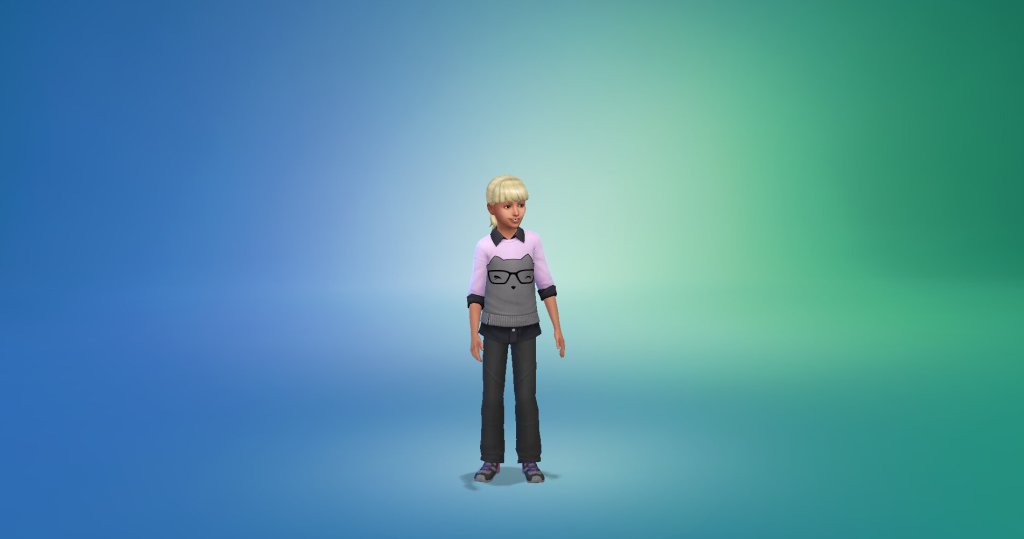 (House 004- Joelle was in the previous chapter she’s also available on the gallery!)

Okay, back to the chapter…

Nanny Rees is at the house so much that he’s like part of the family!

I moved Larissa’s bed temporarily so that the babies don’t wake her up.

I keep buying the slablet to look things up on MC Command Center for people and then selling it back and giving them the $200 they lost on the sale back.  Finally, I just gave in and kept the darned thing.  Of course, Jamie has to use it!  Go paint Jamie!

I take it back, go play with the slablet and stop blocking the baby with your annoying attempts to make her stop crying!

At this rate, he’ll never get that song written!

I had Thad call nanny Rees back before he left for work.  I have no idea how drifters dealt with babies when their main sim had a job before the nanny?  Vacation days?  Because Jamie has seriously only fed one of the kids once ever.  I’m not exaggerating either, I was going to take a screenshot but it was breast feed and looked goofy all pixelated.

At least she’s painting sometimes.  I stuck another easel there in hopes she would move on to a second painting instead of doing something else while I was selling the current painting in the inventory but so far it hasn’t happened. 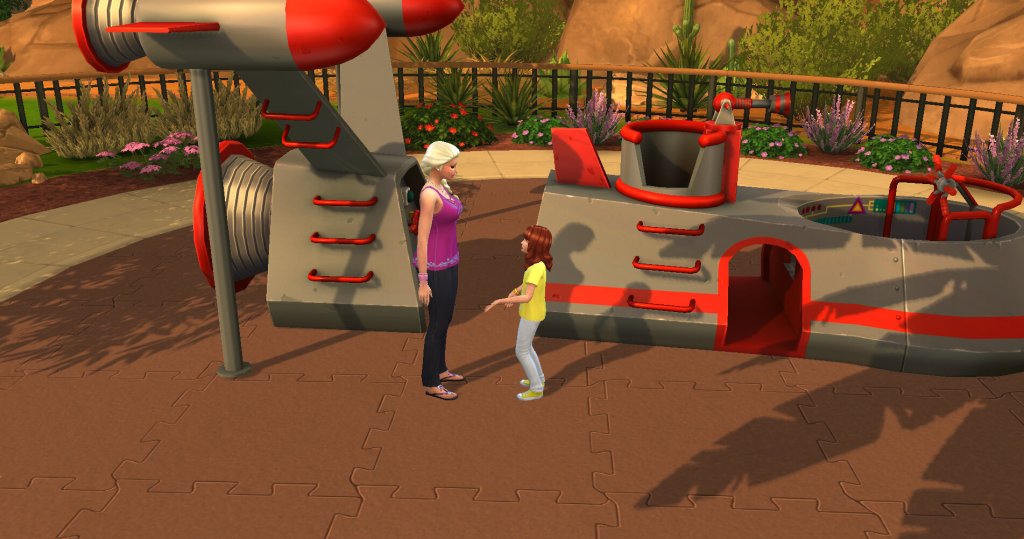 Well, all I’ve gotta say is thank goodness for nanny Rees!  Cuz they’re just hanging out at the playground. 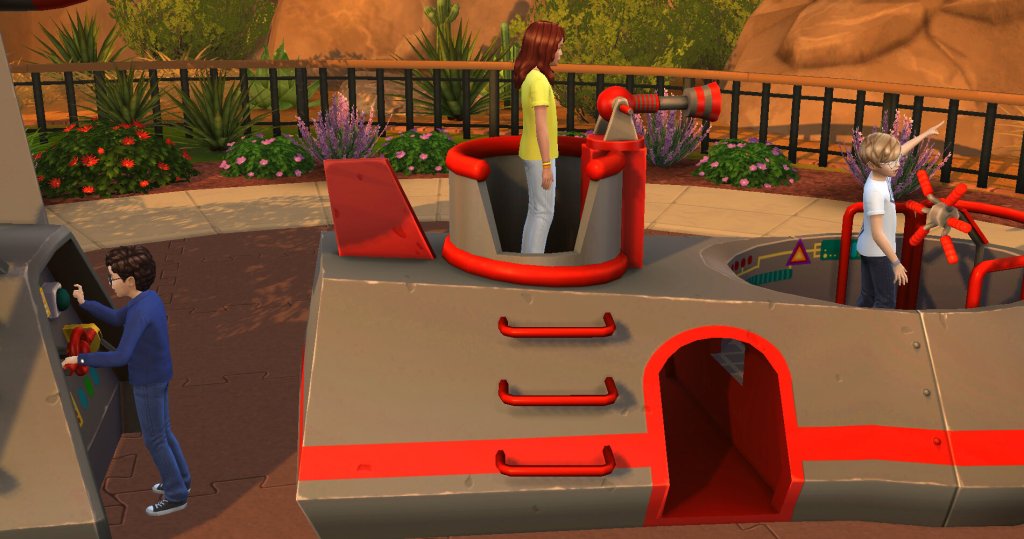 Then his twin brother Dillan joined them.  I was so excited!  I’m loving this.

This chapter is 3 days.

I’m not bothering with house value or aspiration checks because nothing changed since the last chapter.  I was too busy with the twins!