Doesn’t the house look so nice from map view now?

It’s party time and I managed to invite all of the girls from part one and their kids.  The only guy I could invite was Asher because I ran out of room.

Just a pic in cutaway mode to show how packed the house was.  It was utter chaos!

Let’s do this thing, I want to see our girl!

Pre-makeover.  I guess she was sick?

First, I edited her hair makeup and everything and realized when I was about to close out of CAS that it was her party wear I’d done all of that to!  Then, I changed her everyday wear and exited and took this shot and thought wow, she looks just like Kellie from the Heffner legacy!  I was too tired to deal with it at that point.  I mostly just wanted to see what she looked like as a teen so I quit for the day.

Okay, so I started back up the next day and ended up picking out this hair instead.  I can’t say I’m thrilled with it because she has a really small body shape and it makes her head look kinda big but I couldn’t find anything else I liked on her.

When I was taking Larissa into CAS I noticed Joelle getting something out of the fridge.  After taking the previous pic I started the game and saw all of these taco casserole plates all over the floor.  No clue what happened there.

What’s up with my sims going into this bathroom to talk?

She’s going to do her homework!  Or, she could just put it away.  Not much changes even if she is a teen. 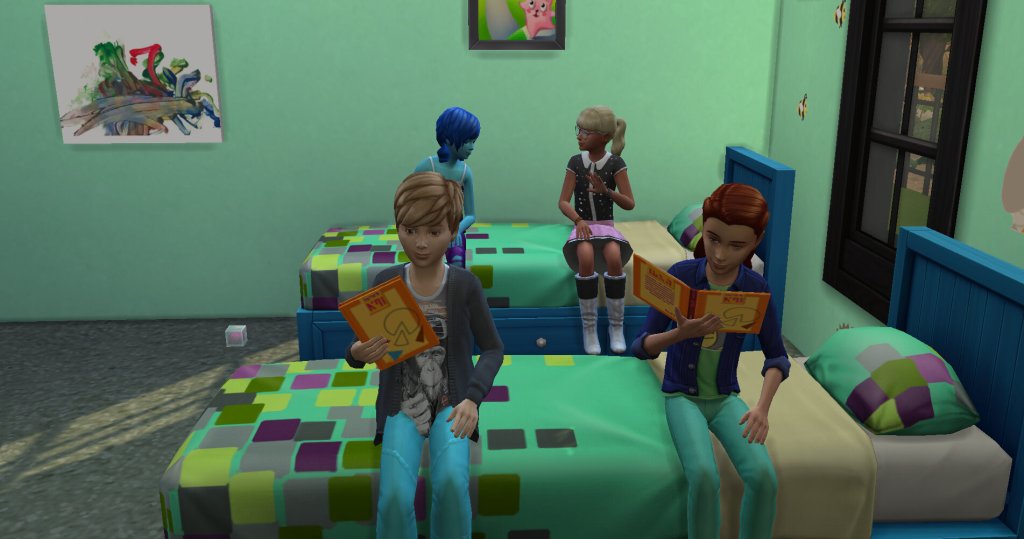 These guys know how to do it!

Selfie with dad!  I put one in her inventory so she can take it to the next house.

Figured I’d have them slide so they can do something together.  I didn’t realize so many of them were eating, though.

Ouch!  That looked like it hurt.  Shake it off sunshine! 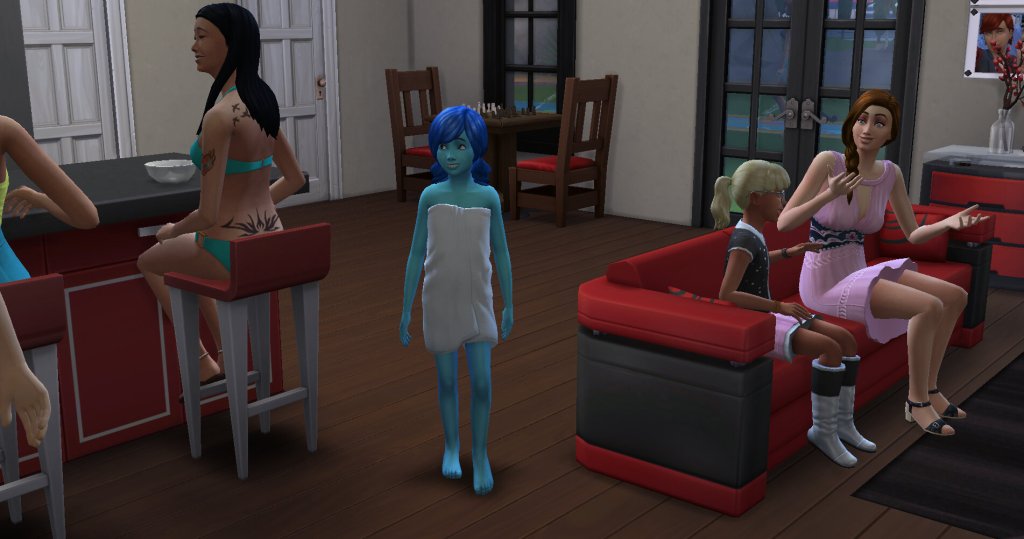 Another sim walking around in a towel.  Added with the multiple plates on the floor I worried something was wrong with my game so ended up clearing my cache and repairing.  We’ll see if it happens again.

Most of them left when the party timer ended but these guys are die-hard sliders!

Eventually, one by one the others stopped sliding and left and my family was all in bed for hours and Tasha was still out there.  She really likes that thing!

This is one of her 3 everyday outfits.  The only difference between them is the shirts.  I guess I was feeling like messing with CAS cuz I rarely make more than one.  I think it’s also because Jamie has more than one and I’ve enjoyed that.

It’s Saturday so no gardener so Larissa helps dad garden.  While mom annoys the heck out of me by following her around trying to talk to her!

Sorry guys but this is just wrong.  They were woohoo’ing before he had to leave for work and she came in there and stood outside the closet laughing.  Just yuck.  Grossed me out.

I had him fill the birdfeeder before work and saw this after he got there! 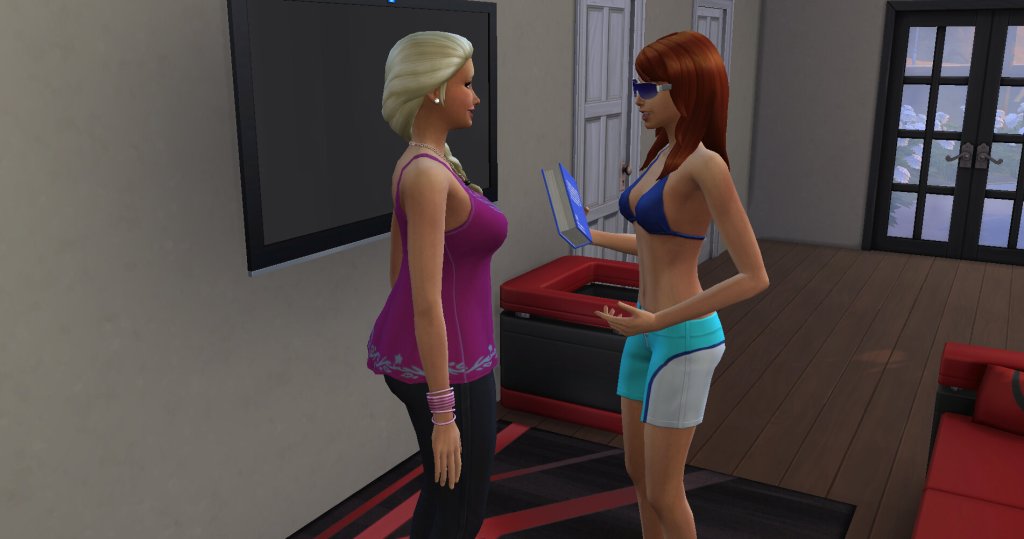 Dangit Jamie!  Let her do her homework.  She did end up finishing it despite being interrupted.  Also, I swear she eats!  I don’t know why she looks like a starved scarecrow!

Level 10!  I don’t think I’ve topped this career since when the game first came out. 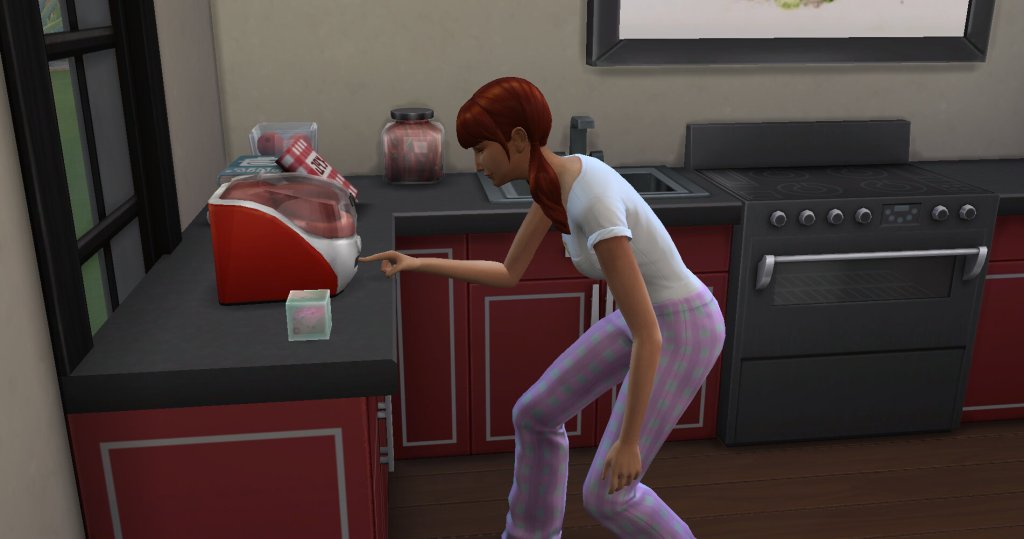 Yes, make some icecream.  Fatten up! 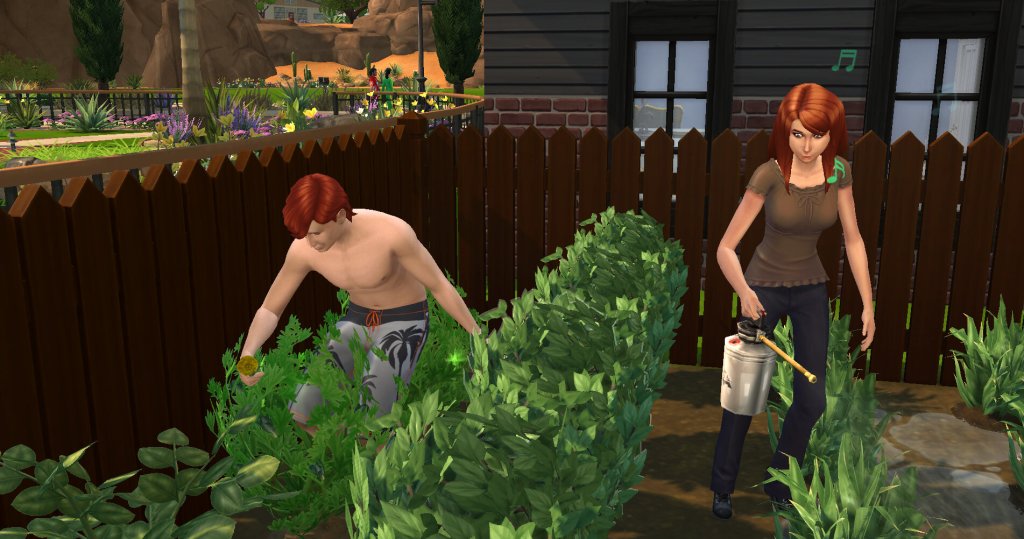 Gardening with dad again the next day.

So I decided to try getting the dates out of the way so all I needed to wait for was Larissa to age up.  When they landed at the park this girl that I’ve never seen was showing her something on her phone.  At first, I thought it was the girl that was crying in the closet aged to teen but it wasn’t.  So strange!

Alrighty so I start a date… get them all cozy.  And within like a minute it pops up telling me date unsuccessful! 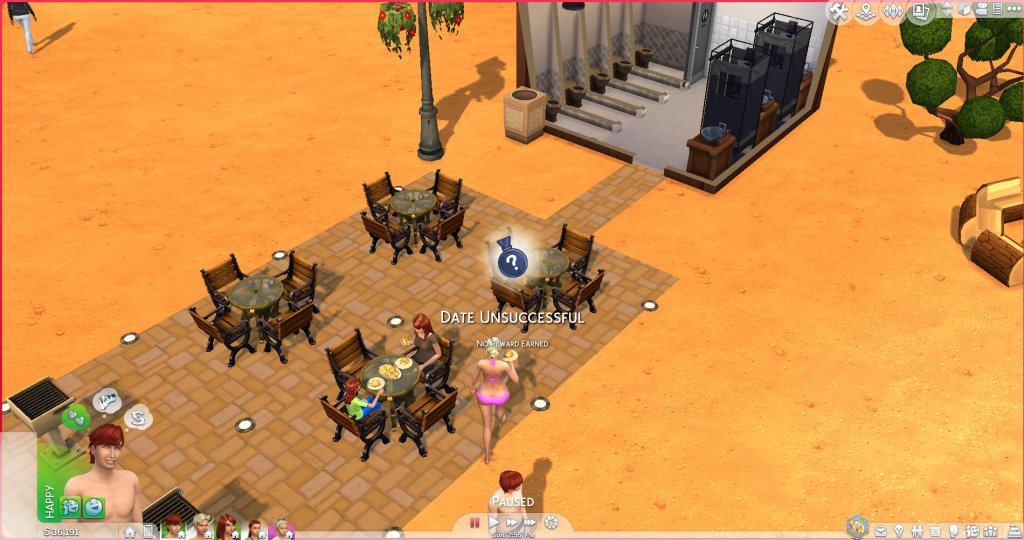 I tried over and over again to no avail.  It wasn’t working.  I’ll add more in the chapter notes.

So I ended up just having him fish with the girls for a few hours and taking them home.

Isn’t she so cute?!  I just had to snap a pic.  They got home and I tried another date there and that didn’t work so that’s it for now.

Not sure how many days this is.  If I get back in the game I’ll try to update this with the days… never did.  Sorry guys!

I do know that Larissa has 11 days until aging up.

As to the dates being unsuccessful.  I did a ton of troubleshooting, dragging things in and out of my mods folder and starting the game and trying to do a date over and over and narrowed it down to MC Command Center’s population module.  I let Deaderpool know about it and he suggested that I roll back to the previous update so that I can complete the challenge.  I deleted it already but luckily someone had a copy and gave me a link to it.  Otherwise, you wouldn’t be seeing any Drifter updates for a while.  I know it may sound weird to y’all but I haven’t run my game without that mod since I started back with Sims 4 in April and the thought of running it without it scares me!  Most people are like running with mods scares them.  I’m afraid what would happen if I ran without it.  I know for sure all of the ghosts from houses 002-006 would be culled.