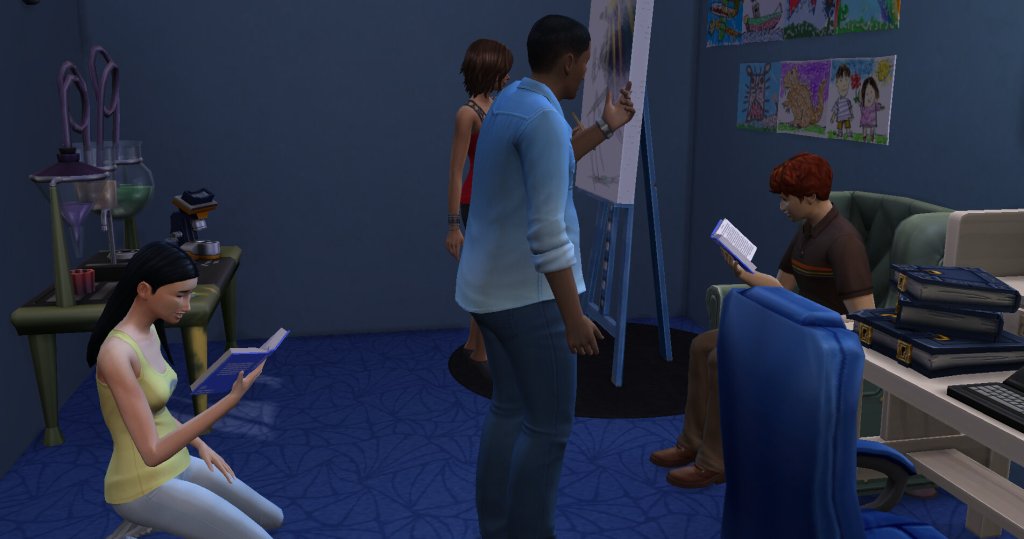 The four siblings though not really related spent most of their time leading up to Atticus’s birthday together.

The mystery of why Larissa was unable to bake a cake in the oven was solved when Mercy found an old unfinished cake in there and threw it away.

Atticus worked a bit on the Nerd Brain aspiration and read the required 3 books.

He decided that learning the gardening skill would be a good idea too.  As the Rover family heir it would be his responsibility to start off on a new lot soon and follow in his mother’s footsteps. 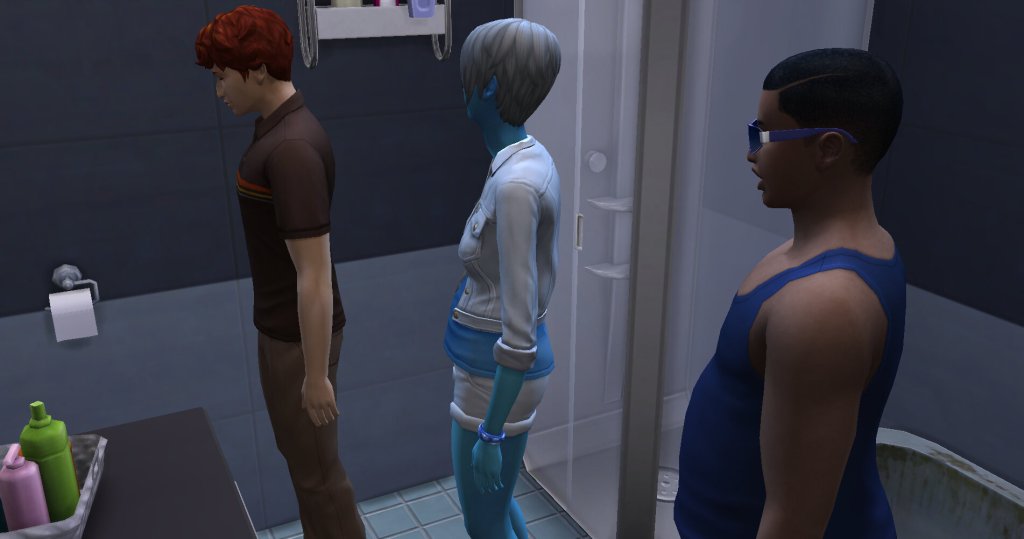 Embarrassingly, when he was using the restroom later his older brother and Joelle both came in to talk to him.

His sister Lissianna aged up to young adult leaving just Atticus left as a teen.  She joined the athletic career.

Larissa taught him how to fish and gave him pointers on living on his own and ways to make money.

All of the family members liked to spend time in the adjoining park. 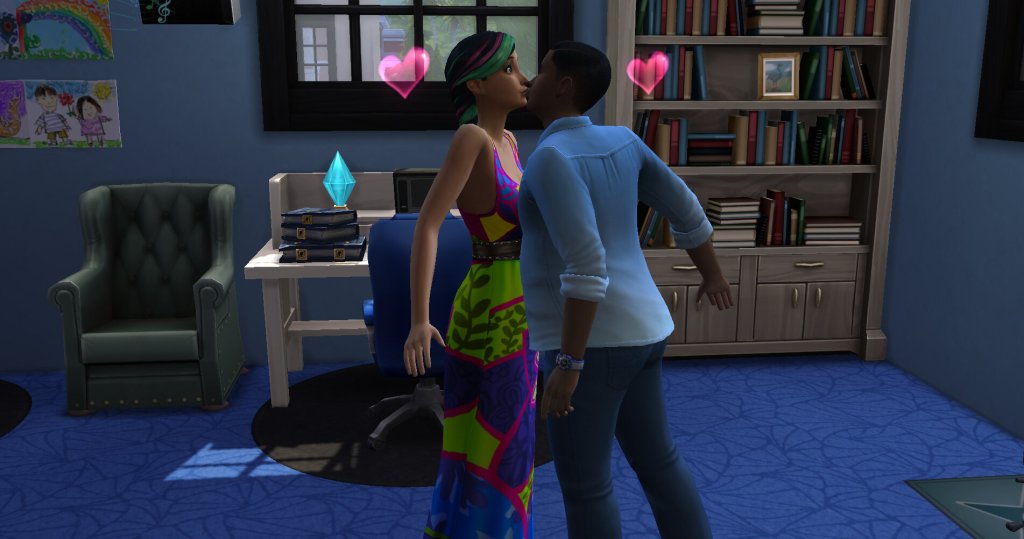 Things became serious between Finn and his childhood friend Maricela. 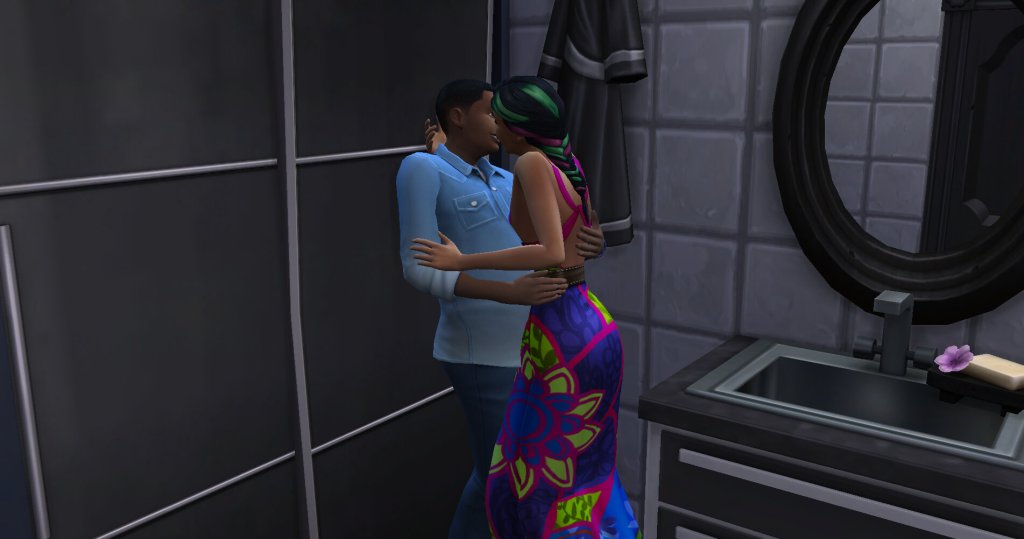 Very serious.  They decided that after Atticus aged to young adult and moved out she would move in and marry him.

A/N: There is a 14 day gap between when the last screenshots were taken and the following screenshots.  At the time that I started playing again Atticus had 5 days until aging to young adult.  I spent most of that time on high speed having him increase his logic, gardening and fishing skills when he wasn’t at school.  Not much interesting happened in those 2 1/2 days to take screenshots of.

Another thing I worked on while I waited was the Mansion Baron aspiration.  I didn’t want to change the house in order to complete it so I just bought violins and stuff until it was completed.  I did it mainly out of boredom.

A day before Atticus’s birthday tragedy struck.  First his mother… 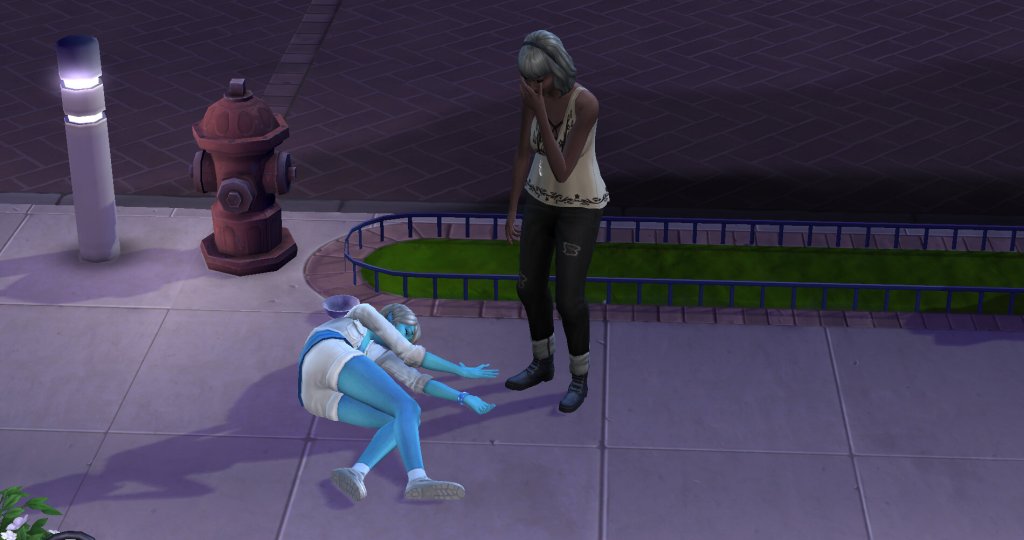 …and Joelle all passed away at the same time.

(I really wish this game would be a bit less predictable.  If we bothered to count the days I’m sure we’d be able to decipher exactly what day the elders were going to die.  Also, it’s heartbreaking having it happen all at once when they’re the same age.)

May they rest in peace.

Granuaile was going for a walk, deep in thought, when she felt a pull toward the house she was passing by. 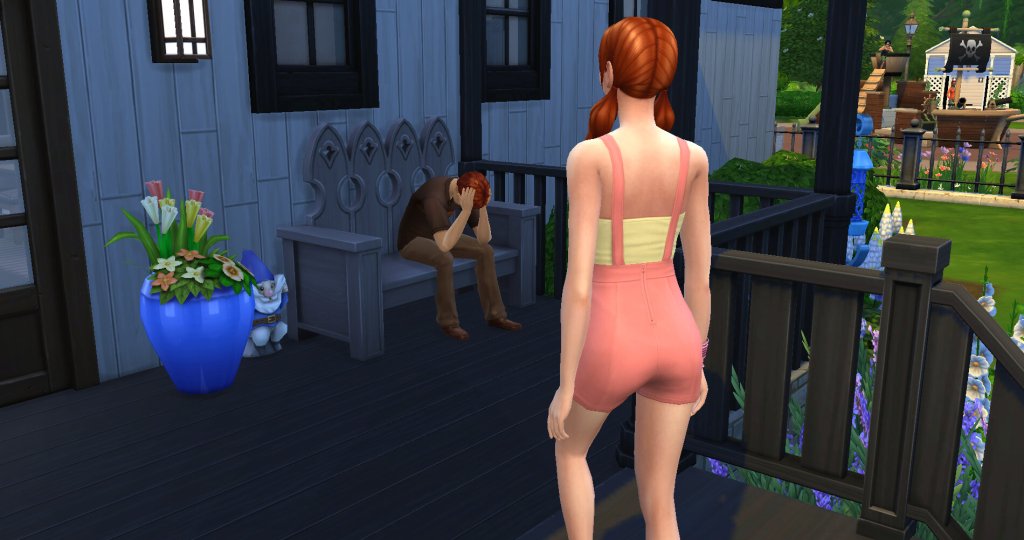 The pull was so strong she couldn’t stop herself from climbing the stairs and looking at the boy crying on the porch.

She sat down next to him and introduced herself.  In addition to looking extremely sad, his face looked very familiar. She felt instantly like she had always known him though she was sure she’d never met him before.

“I feel like I know you,” Atticus said to the cute girl who had sat next to him.  Then he shook his head.  “It doesn’t matter, I’m sorry but I’d rather be alone.”  Sadly, he walked into the house leaving the girl watching him from her seat on the porch.  Tomorrow morning was his birthday and he would have to leave this place.  He would be all alone for the first time in his life.  He had grown up surrounded by family and now half of them were gone. 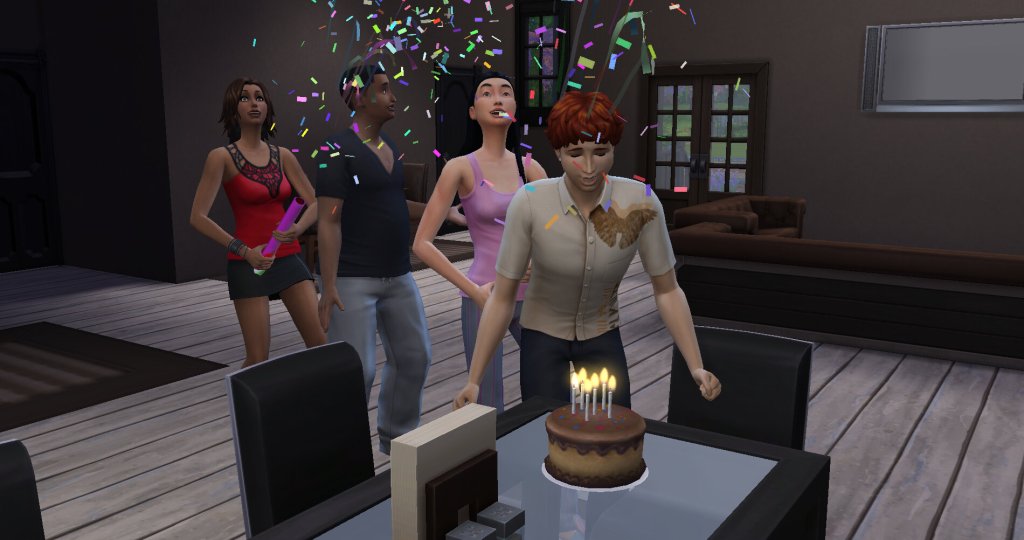 In the morning his siblings tried not to let their sadness over the recent deaths and his upcoming departure get in the way of the celebration.  They put on brave faces and cheered as he blew out the candles.  Atticus had the strangest feeling after he blew the candles out.  It was like a dream.  Suddenly memories slammed into him. Thousands of years of memories in fact.

Atticus O’Sullivan, the iron druid or not so iron druid he thought as he felt his bare neck where his necklace always was and his back where his sword was gone as well, turned to face his brother and sisters.  By the shock on their faces, he knew that they saw the difference in him right away.  The plan had worked.  They had managed to be reborn into this strange place.  Hopefully, that was enough to keep their enemies at bay.  Sadly he said goodbye to his adopted siblings, the closest to a family that he’d had in thousands of years.  Well, other than Oberon and Granuaile. Granuaile!  The girl!  He ran out of the house in search of the other druid.

Though short, this chapter is 13 days.  Apparently all of Atticus’s teen years.  As stated earlier in the post I played out over half of it the same day as the last chapter was written and then didn’t play again for two weeks.  Part of that time was because I was waiting for the druid tattoos from the creator.  Part of it was because I had such a hard time creating Granuaile.  The rest was because I’ve been struggling with depression and frankly just didn’t feel like going near the computer.

A big thanks to Jess L. who shared the druid tattoos she created two years ago when the game came out so that I could use them.  Here’s a link.