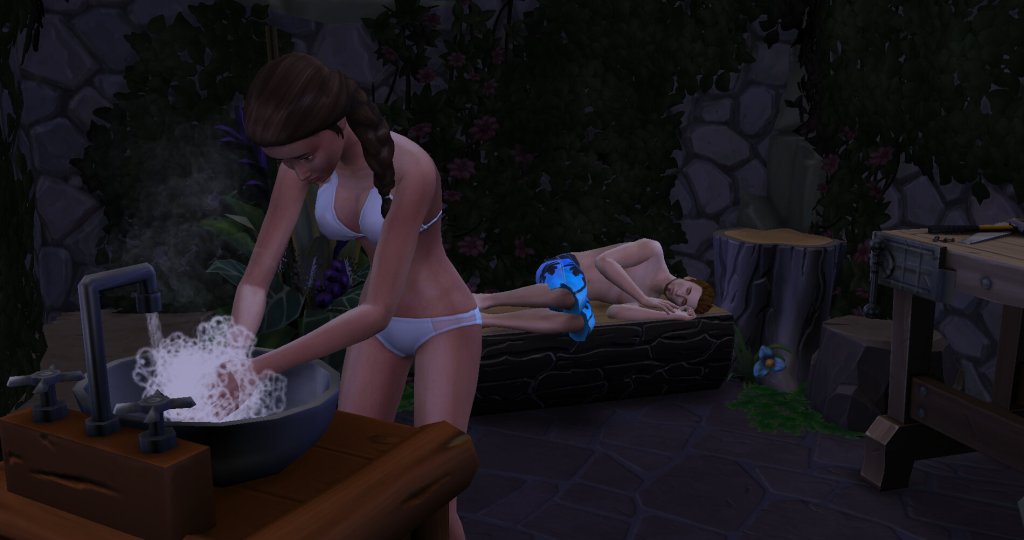 After spending half the night watching Niko sleep Zoe runs over to the sink and starts washing her hands when she notices him stirring.

They decide on a game plan for the day.  Zoe will work on food while Niko tries to figure out the wood working table.

Niko isn’t so sure about this plan.

Zoe fairs better and catches some fish for their breakfast.

She offers to cook his as well but he jumps at the chance to stop the “woodworking” before he loses a finger. 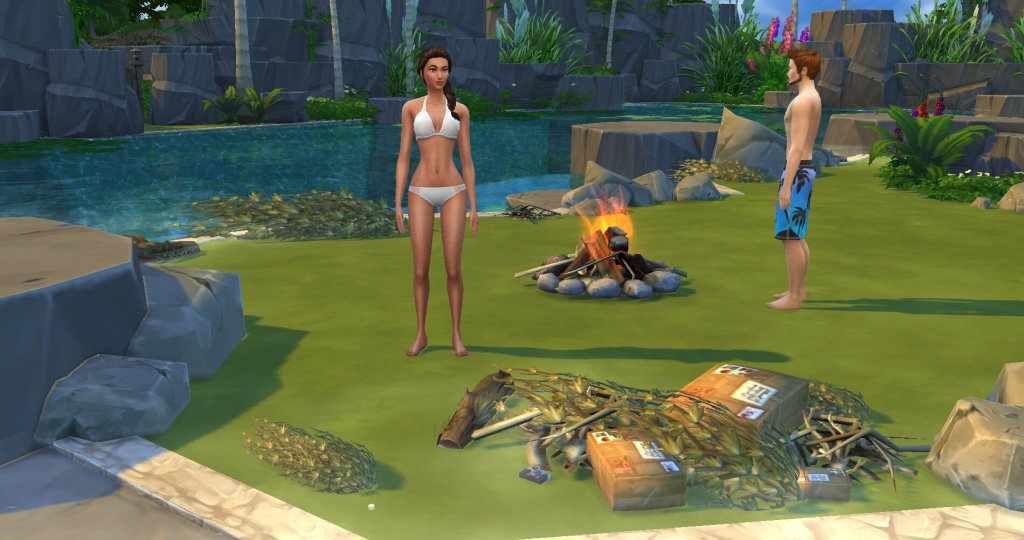 After they finish eating Zoe notices a camera among the trash washed ashore. 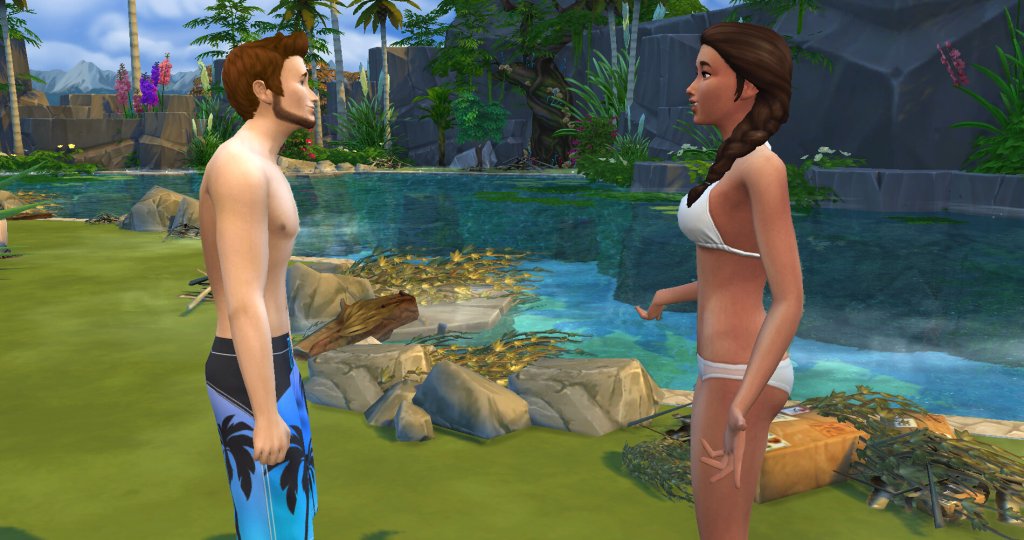 After playing with the new camera for a bit she tells Niko she’s going to go work on food some more and that he should woodwork some more.

It’s their lucky day.  The trees are starting to bear fruit. 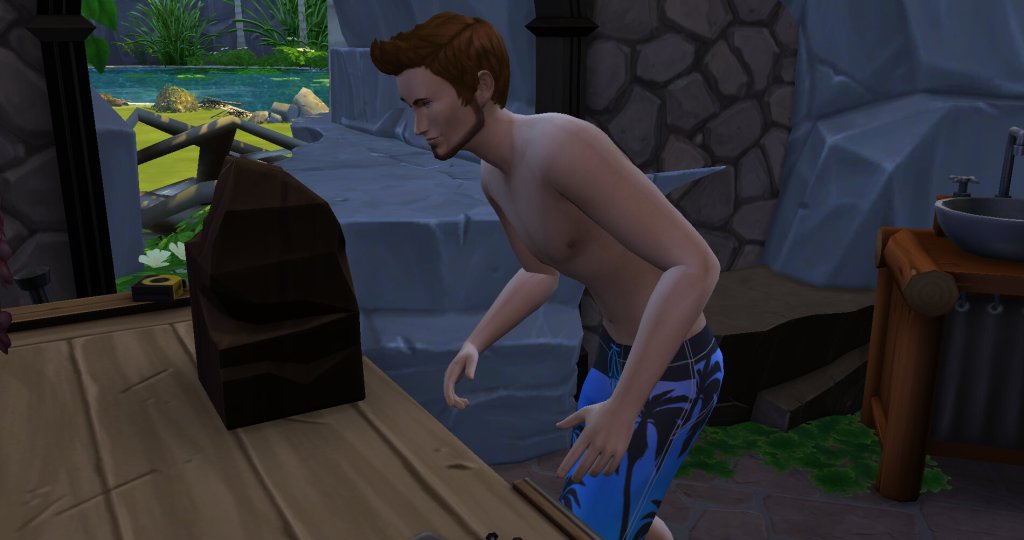 “I’ll turn you into something someday!”

Staying up half the night doesn’t turn out to be the best of ideas.  Zoe sneaks in a nap in a bush after she’s finished gathering fruit.

After her nap, Zoe returns to the cave and tries to build up the courage to flirt with Niko.  It doesn’t go well.  He doesn’t seem to notice.

“Fish for dinner… again.  I guess we should get used to it,” jokes Niko. 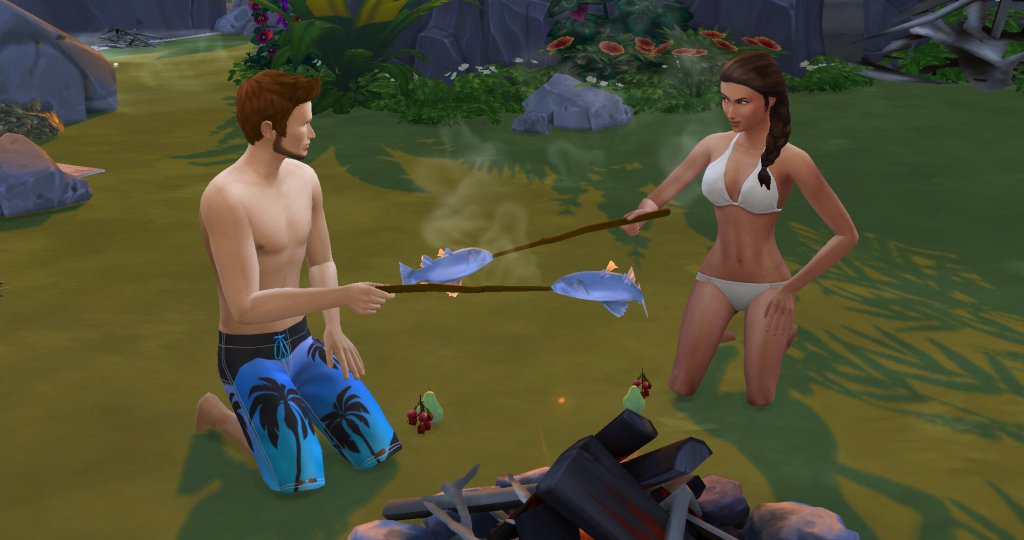 Zoe jumps up and returns with the fruit that she gathered that day.  “Not just fish!” she laughs.

After they eat she makes yet another effort to flirt but it doesn’t go any better than the first time.

After Niko is asleep she stands looking at the fire trying not to cry.  Things aren’t going well at all.  She worries that this situation is all her fault and that she’ll be stuck here with an unwilling Niko the rest of her life.

When he seeks her out and asks what’s wrong she just tells him.  Well, part of it anyway.  She tells him about the crush she’s had on him since they were kids.

Niko mutters “Oh what the hell,” and kisses her.

In the morning she tells him they should have a baby.  After all who knows if they’ll be stuck there for the rest of their lives?

No time like the present.  They find a handy bush and try for a baby. 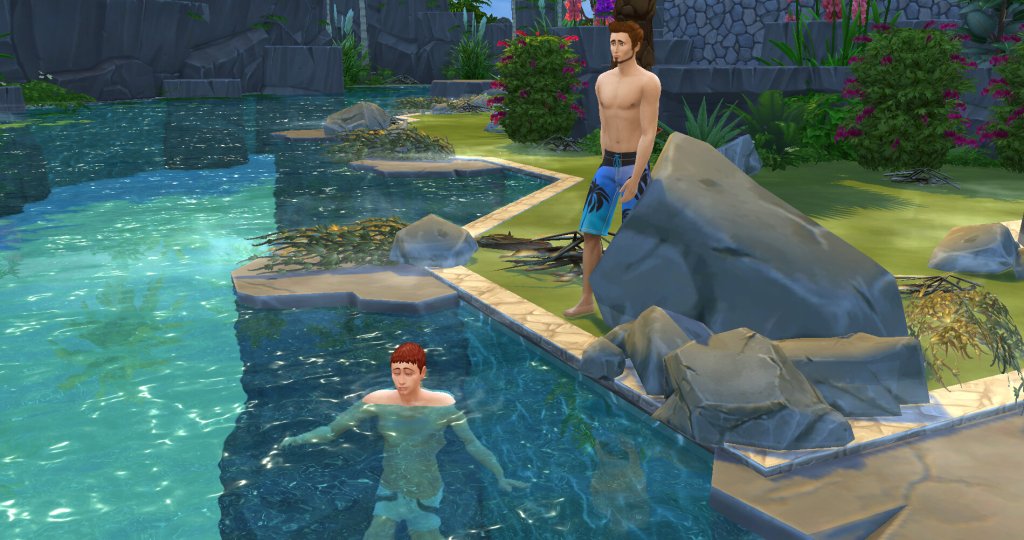 Zoe goes into the cave to nap and Niko is collecting wood for his worktable when he notices a guy looking dazed in the water!  Who is he and how did he get here?  Does this mean there’s a way out?!?

I thought it would take some of the fun out of it if I did the dice rolls in the chapters.  The roll on day 2 was for a skill object.  I didn’t know what to get so I did a camera.  Obviously, on day 3 it was a new sim.  This was the only sim in the neighborhood.  He was the mailman.  The only things I changed were his clothes and hair.