Stanley only took care of Pepper this one time.  The rest of the time Febe had to stop what she was doing and care for her.  (And yes, I did decide to keep her name Pepper.)

When I was writing the previous chapter I remembered that he has a little bit of painting skill so I bought an easel in the off chance that he might paint.

The shell of the house is finally done.  I had to do it twice because when I tried to make the front wall a square smaller it wouldn’t let me!  I tried everything and no matter what I did it said object can’t be deleted.  I had to go back to the main menu and start over since I had saved right before entering build mode.

The front.  The roof looks good from this angle but looks goofy on the side.  I’m terrible at roofs so it’s no surprise.

Febe needed fun and when I clicked the bed to woohoo I decided to have them try for baby instead.  She didn’t get pregnant. 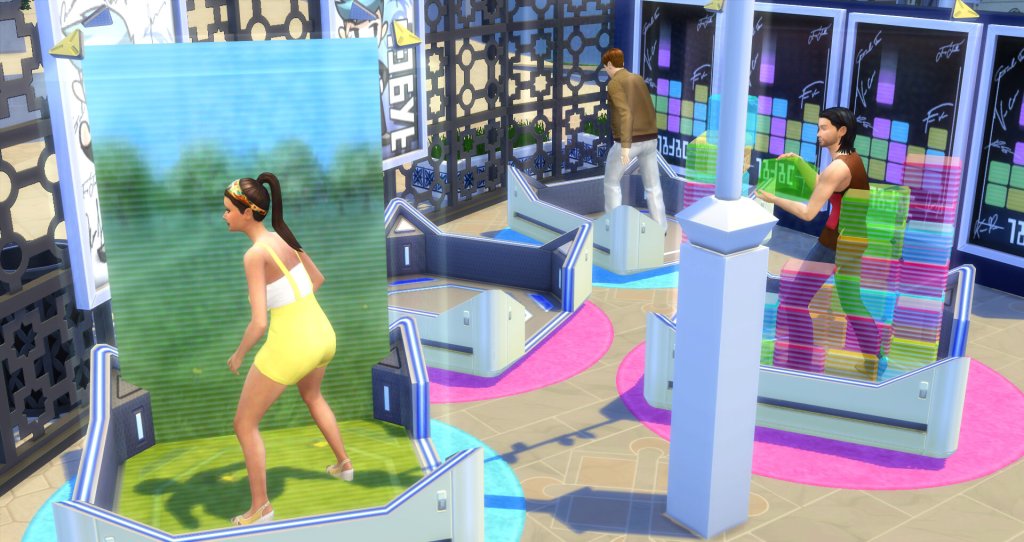 They went to Geekcon and Febe entered the ultimate gaming test while Stanley just played blicblock.  She failed.

Then she entered the hackathon.  I wasn’t very hopeful since she has no programming skill. 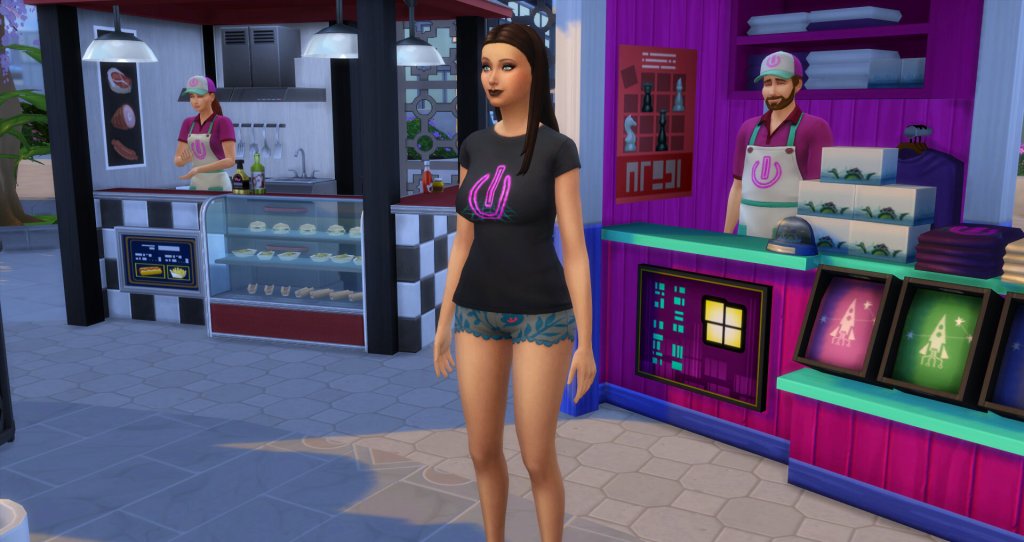 She got a t-shirt to commemorate the occasion. 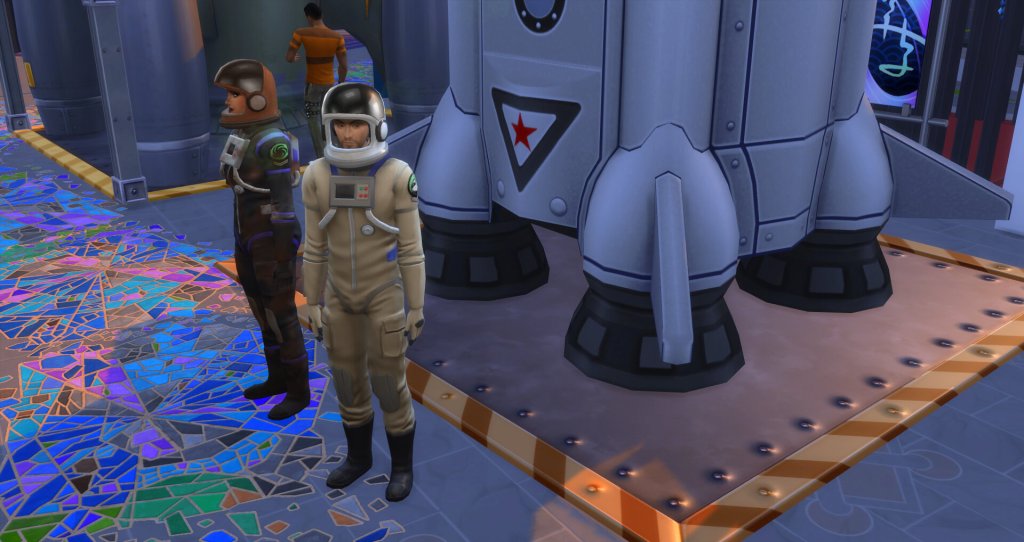 Then I thought maybe she didn’t get preggo because they were destined for rocket woohoo!  When she got home I decided if she wasn’t preggo then it wasn’t meant to be and apparently it wasn’t because she wasn’t.  I guess Pepper will be a single child unless they have one later before she leaves. 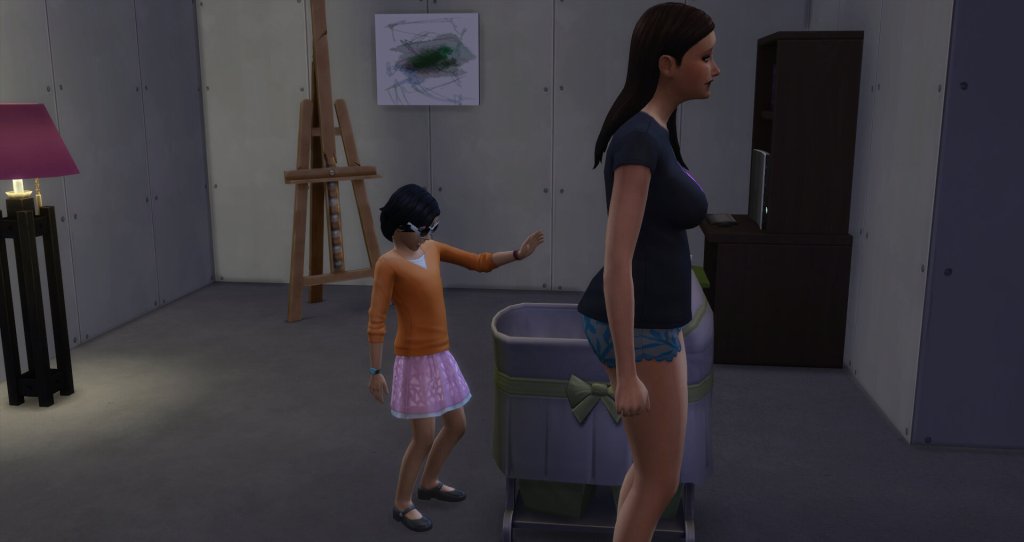 This is the first ghost they’ve had with the haunted lot trait.  I get them almost nightly in my Whim Challenge apartment.

After crying in Pepper’s bed he comes out and scares her then talks to her for a bit.

Stanley and Pepper stayed up all night that night.  I took this screenie at 3am! 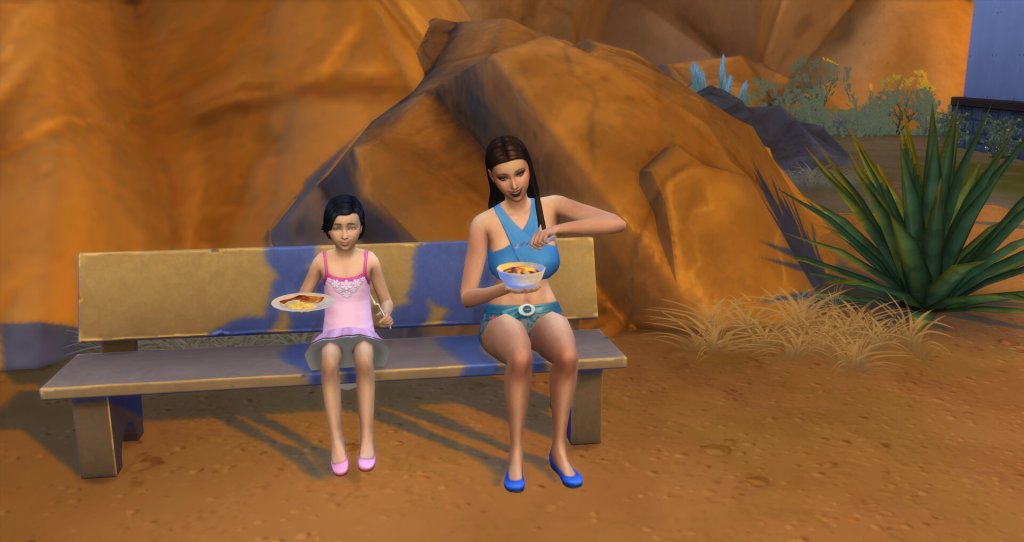 The bench seems to be the place to be.  They really need a table. 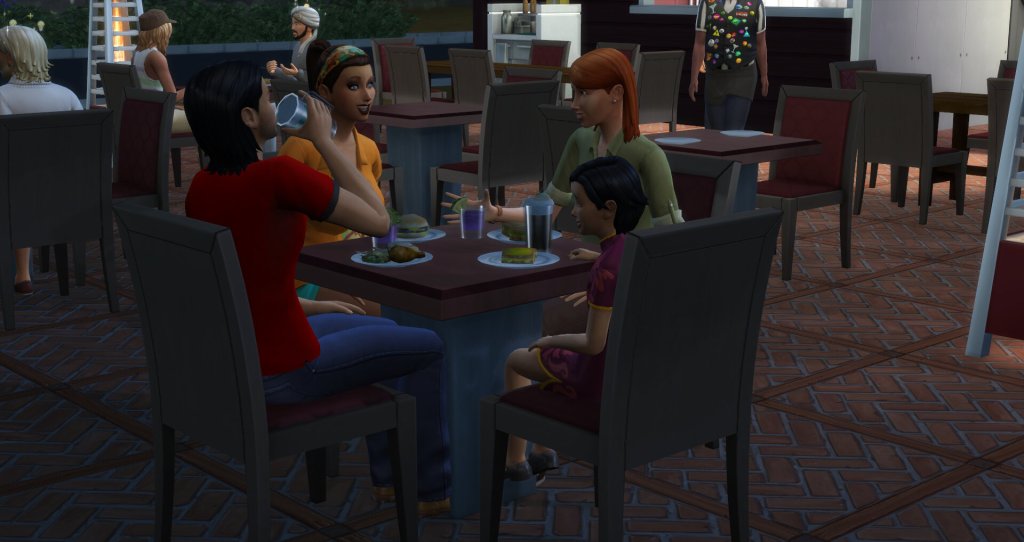 Moira Fyres invited Febe out to eat and she brought the family along.  This worked out well because it forced them to stay awake until they got home and got their sleeping schedules straight.  It was kind of expensive but I had fun seeing the restaurant I built.  I already see some places I need to improve like no paint on the breezeway wall. 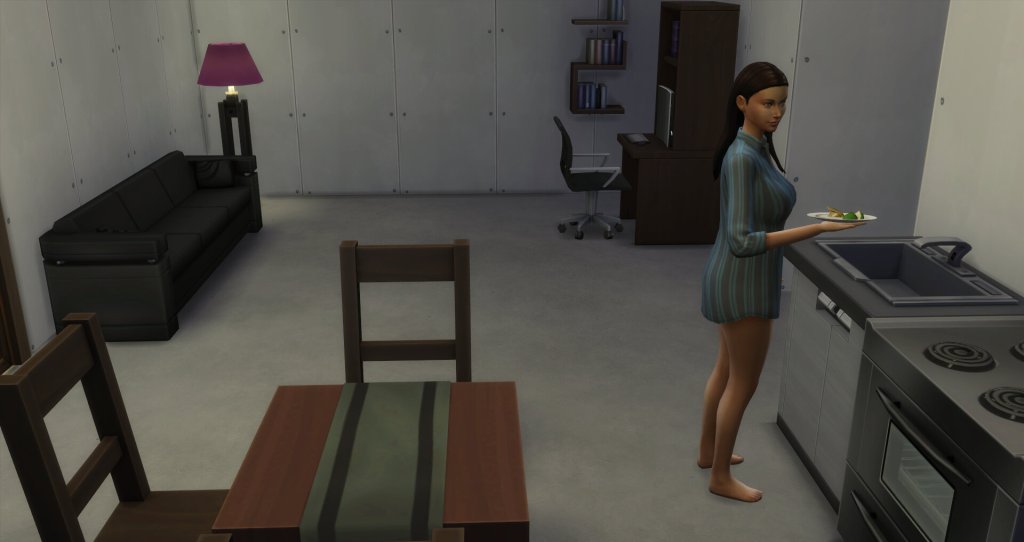 Pfft!  I buy you a perfectly good table and you eat over the sink!  Ungrateful. 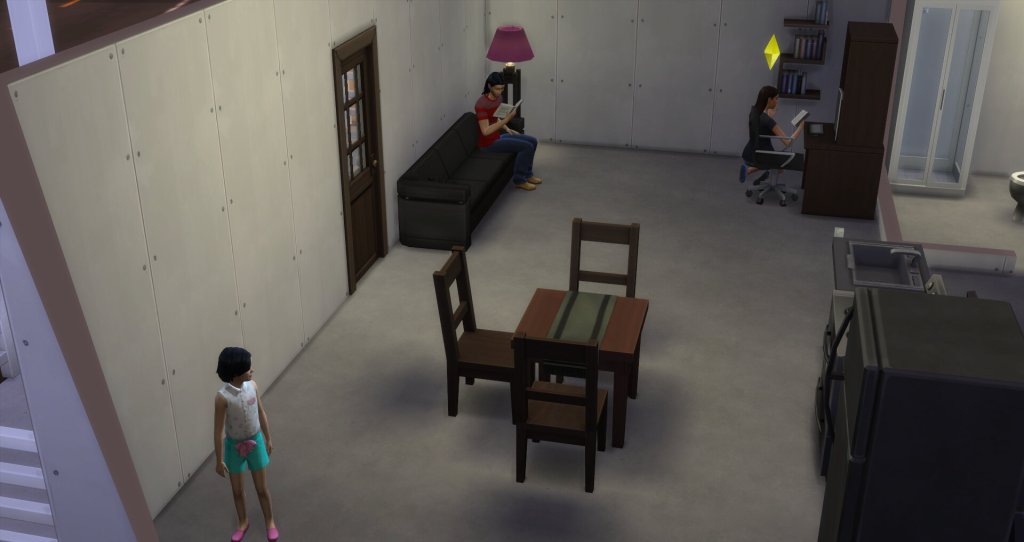 See Febe in one corner and Pepper in another?  Febe is reading her a book!  Weird.

This painting is really goofy and it ended up selling for practically nothing.  He lost money on that one.  I guess he likes having the easel on the porch because he paints like 3 paintings a day now that I’ve moved it.

They finally get a chess table so that we can trick Pepper into working on her aspiration.

I always find it so exciting when they autonomously do their homework.  I’m not too worried about it with Pepper though because I don’t plan for her to get a job in house 002 anyway.  I got the focused aura from elements which you may notice scattered around the house.

This new thing with strangers knocking on the door constantly freaks me out!  I don’t have that happening in my other challenge but maybe that’s because they’re in an apartment? 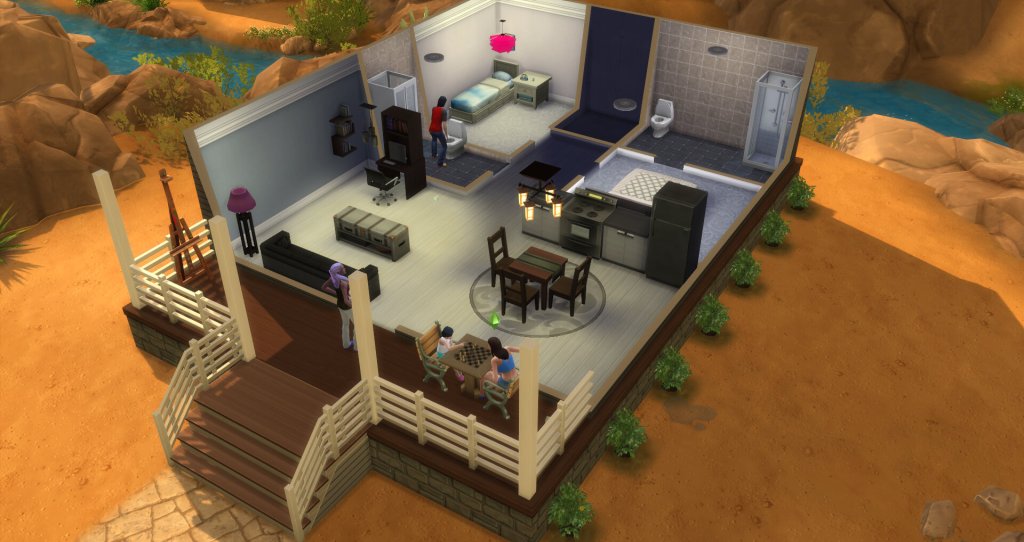 I decided to end here and thought I’d take a quick snap of the house so far.  It’s worth $19,552 and Pepper has 9 days until aging to teen so I have plenty of time.