This generation will go waaay different than I originally thought it would because: There are now toddlers!!!!!!!!!!!!          I didn’t want to start a whole new save just to play with them or go back to one of the other challenges that I’m currently not doing hence things got a bit rushed with Phoenix… 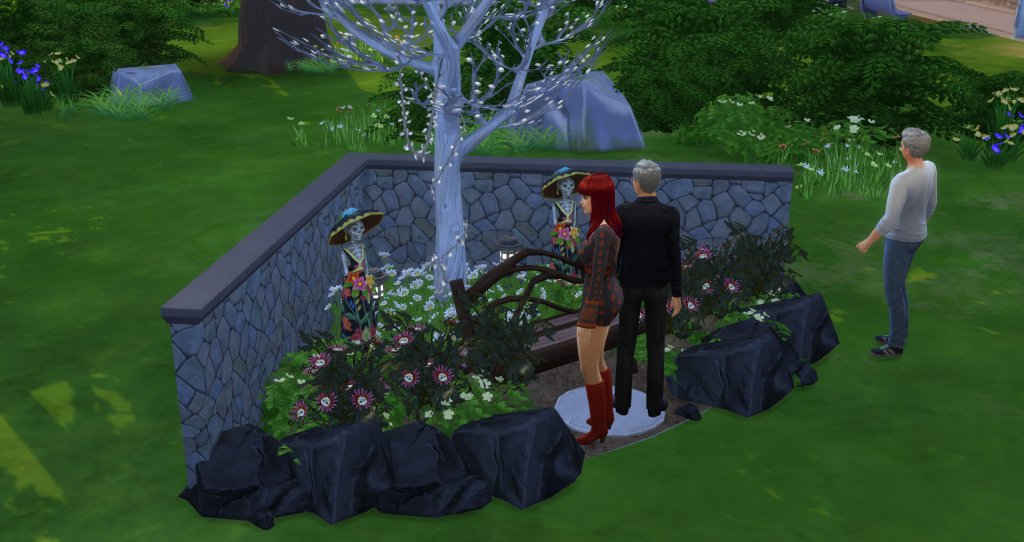 But before we go toddler crazy let me thank ericacoleman for this build Loss of Death that enabled me to fix a little problem that’s been bothering me.  The family stops in and each of them grabs a deathflower.

I interrupted a date between Phoenix and Lamar to do the deathflower picking so they started over.

I kinda stretched the “socialize with date” to proposing.  I know it’s basically cheating but I wanted them engaged before they tried for a baby. Here I thought that I might have to wait forever for her to get a woohoo whim or a date that they can have at home so that she gets the task of woohoo’ing but no she had a whim for it right away!  Yay!

Alright guys let’s do this!  We need us a toddler!

Toddler… er… baby on the way! 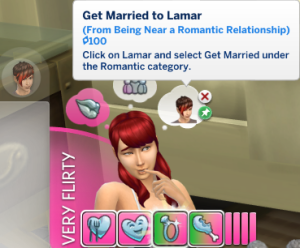 Wow that worked out well.

Awe they’re so sweet together.  I can’t believe I almost overlooked him.

Poor pregnant Phoenix wasn’t feeling too well during the vows.

I realized after the wedding that it must not have brought up the option to invite her brother and sister because they’re not there!

As soon as the vows are over she runs to the bathroom to get sick.  Poor girl.

Awe expect lots of fangirling with these two! 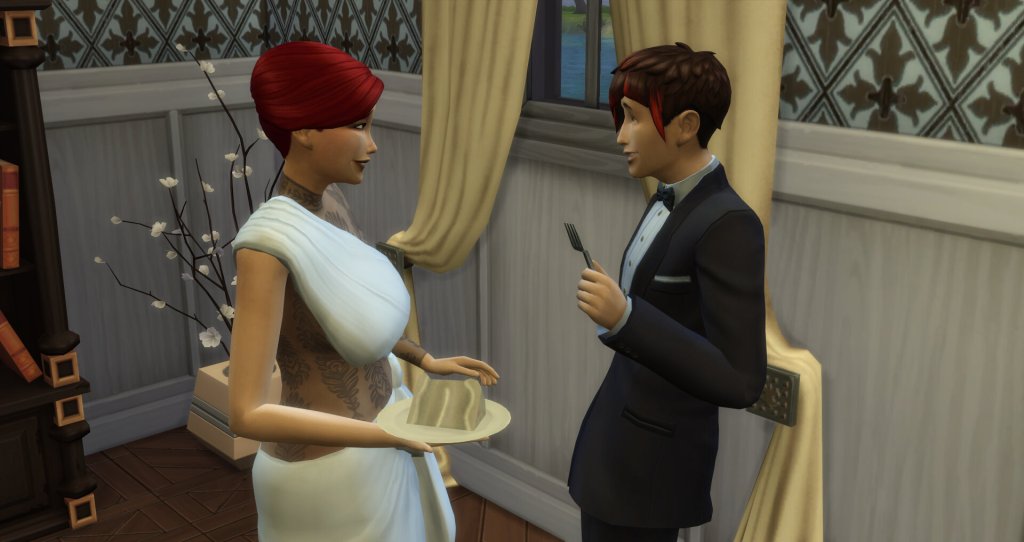 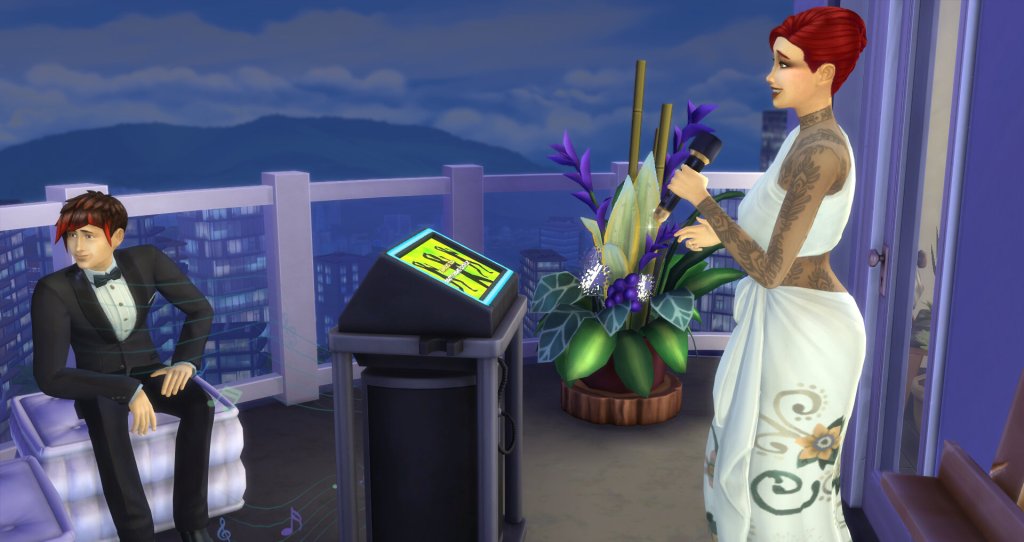 When they got home she wanted to sing karaoke.  Isn’t that view beautiful?

Wow.  They got comfortable with each other quick.  She’s like hurry up I gotta puke. 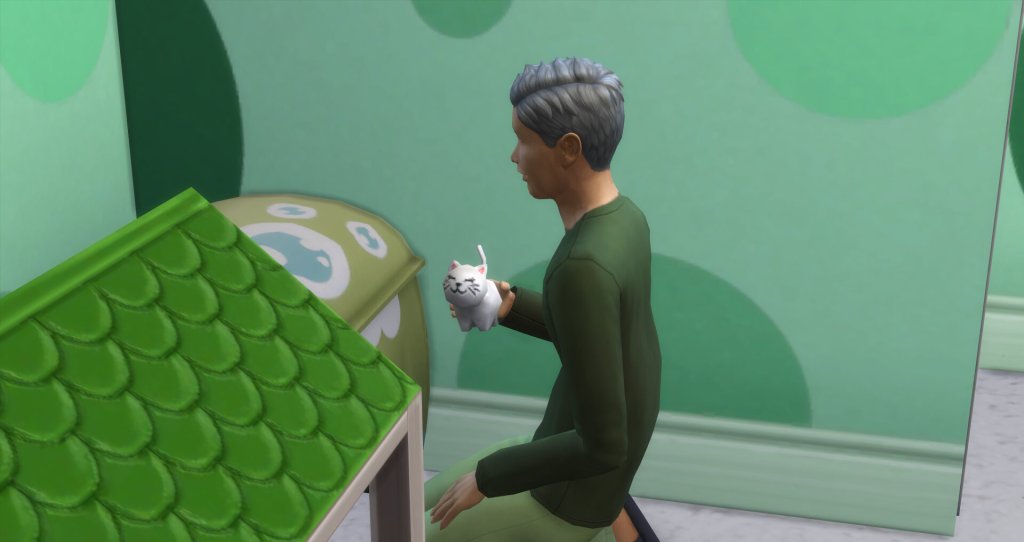 I had a blast decorating the baby’s room.  As soon as I got out of build mode Tate made his way upstairs to play. 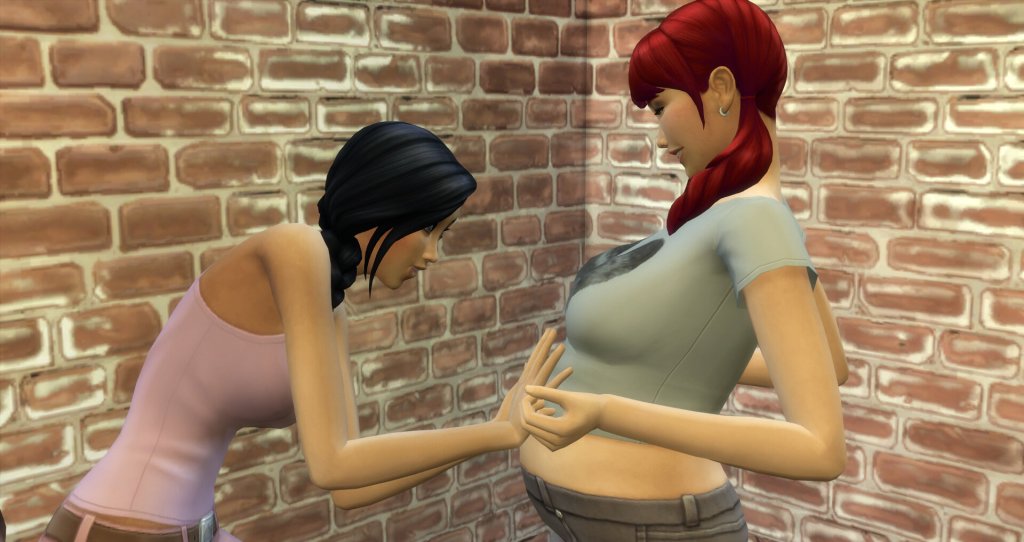 The next day the club meets at the karaoke bar and Rae feels the baby. 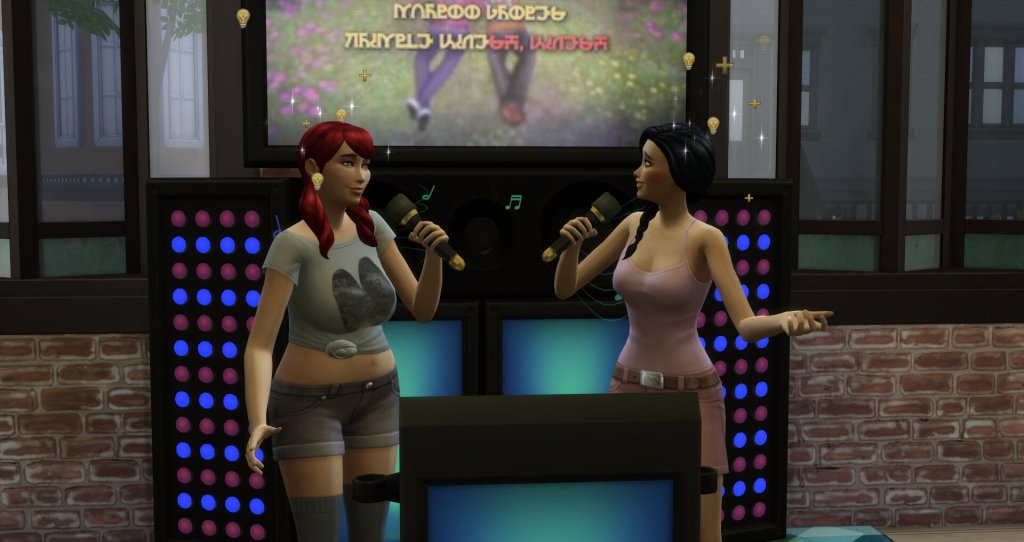 Then they sing a duet.

When they get home Tate collapses on his way in the door.

But that’s not all for our Tate.  Phoenix pulls a flower out of her pocket and hands it to Grim.  He gladly accepts. 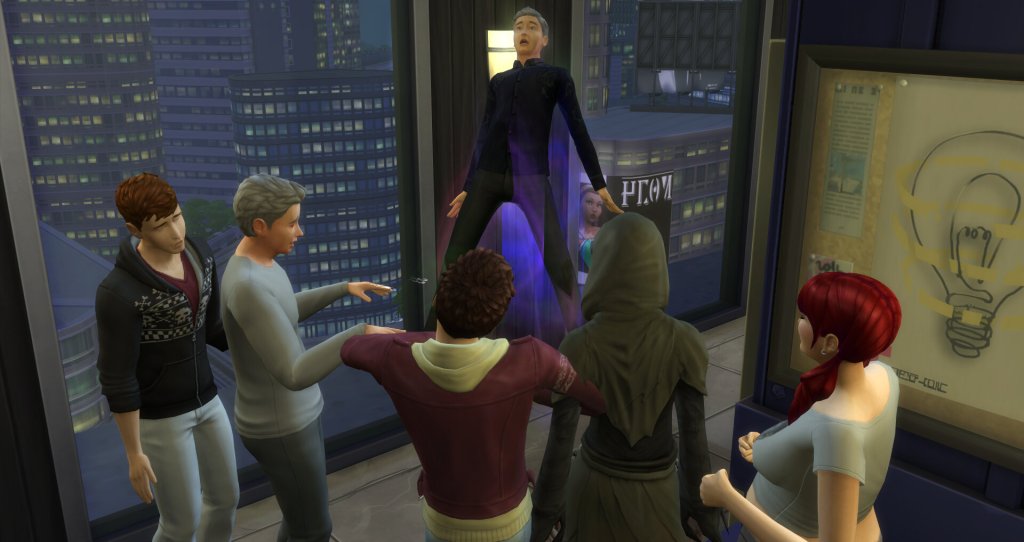 And he’s back!  After this he and Blake both took potions of youth to restart their elder years.  This way I got the correct final count for his generation stats and now I’m not really concerning myself with his whims.  He’s just gonna do whatever he wants.

Then baby Khloe is born!  I was very tempted to age her up right there and then. 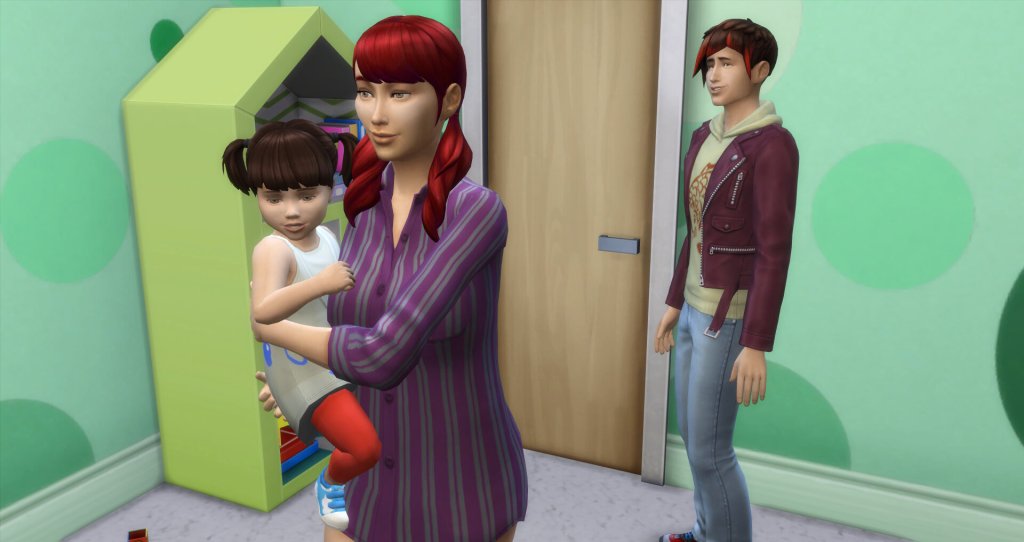 But I waited until the next day.  Ohmygosh isn’t she the cutest thing?!?  So our little apartment is feeling pretty crowded at this point but I’m absolutely thrilled.  Phoenix still has 17 days before aging to adult because of the not aging during pregnancy so I doubt Khloe will be the heir since it would be really quick.  The cool thing is that toddlers have whims and the sims have whims regarding the toddlers too!  Hurrah!