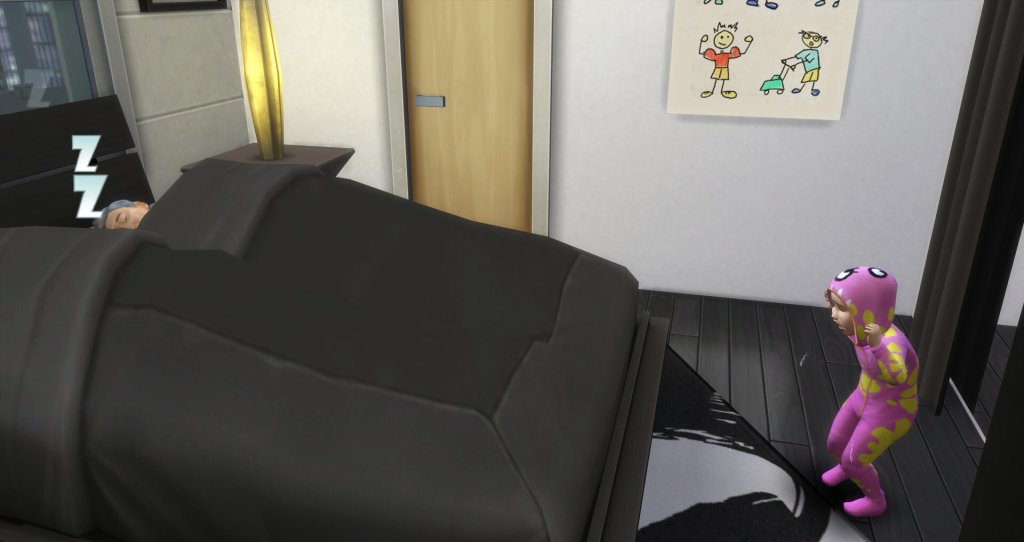 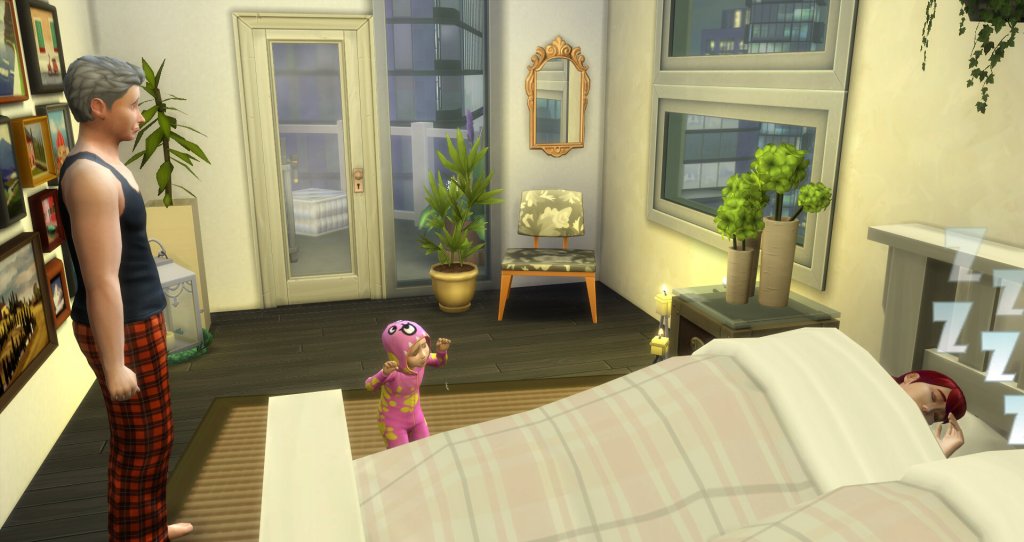 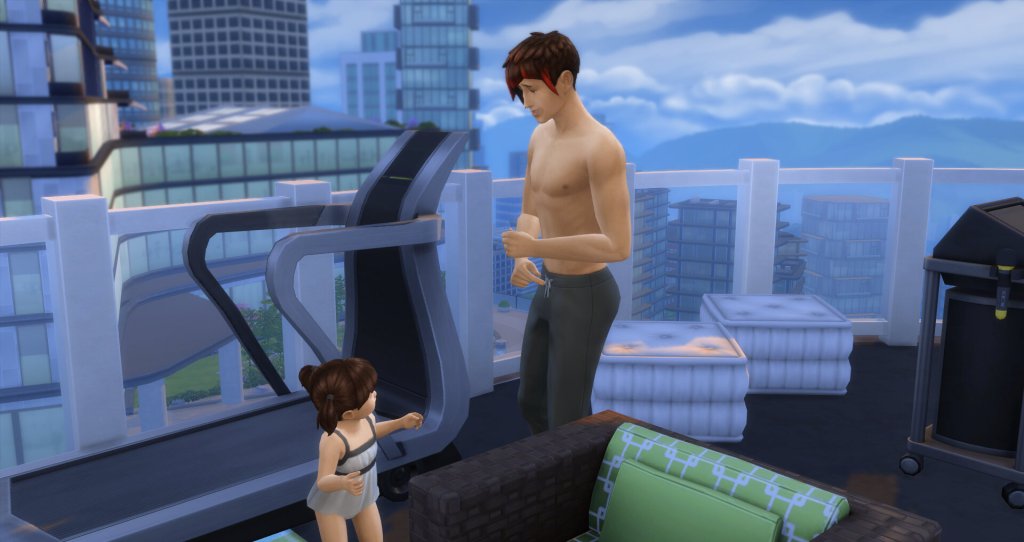 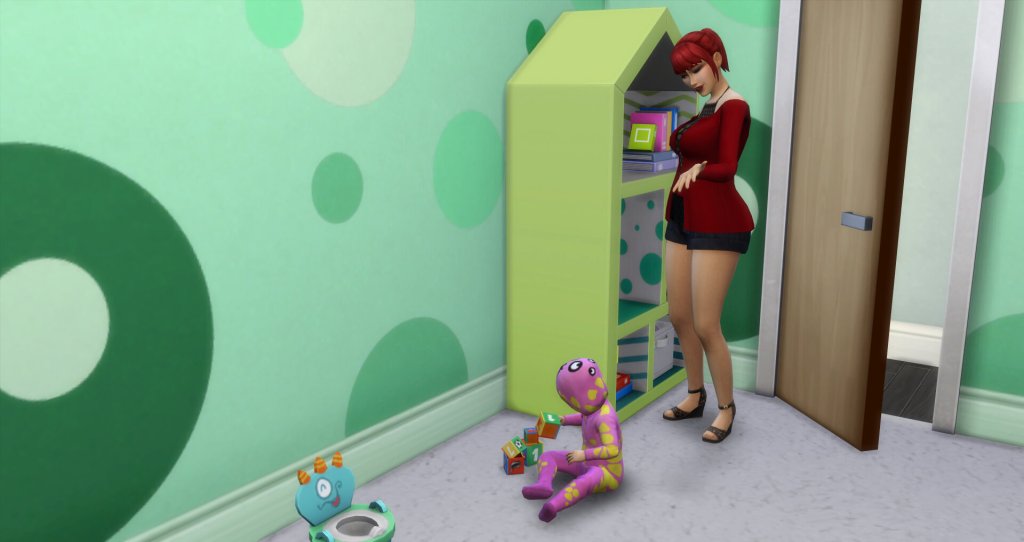 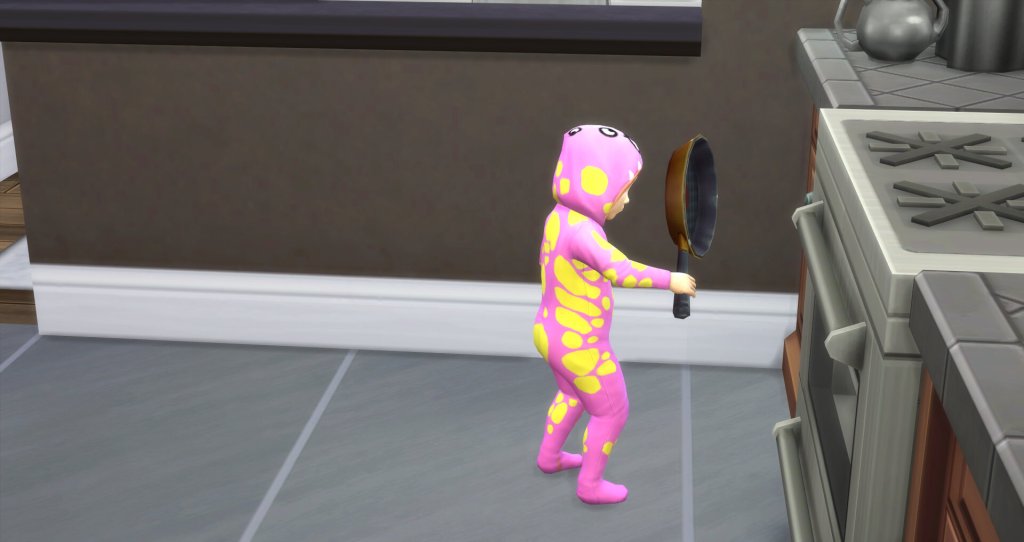 Having 4 caregivers can get a little crazy but I’m glad I extended Tate and Blake’s lives.  I did get the notification that it’s almost their time again.  If you didn’t catch it Phoenix is pregnant.  Khloe rolled the independent trait.  The pic with her talking to the lady on the street was a “talk to a stranger” whim.

As to Phoenix, I realize that I picked absolutely horrible traits for her!  The outgoing one only gives her “meet someone new” whims.  The connected only gives her “start a club gathering” and “tell an insider story” and self-assured is “get confident”.  *sigh*  Between those and the buy such and such thing that won’t fit in the apartment I’m going crazy!  Last I checked she had only fulfilled like 250 whims and I’m not expecting her to come close to Tate’s ending 650.  Which is why I concentrated so much on Khloe in addition to the excitement of her being my first toddler.  She had whims I could easily fill and last time I checked she was at around 40.  She’s a day from aging to child and Phoenix is a day from having the new baby.