The only problem with having a bedroom this small is when everyone congregates in there it’s impossible to take a pic with the walls up.  Especially with that divider in the middle.  Anyway, Ivy came over and Fern went in to give Kelvin some food when he woke up.  Next thing I know everyone’s in there! 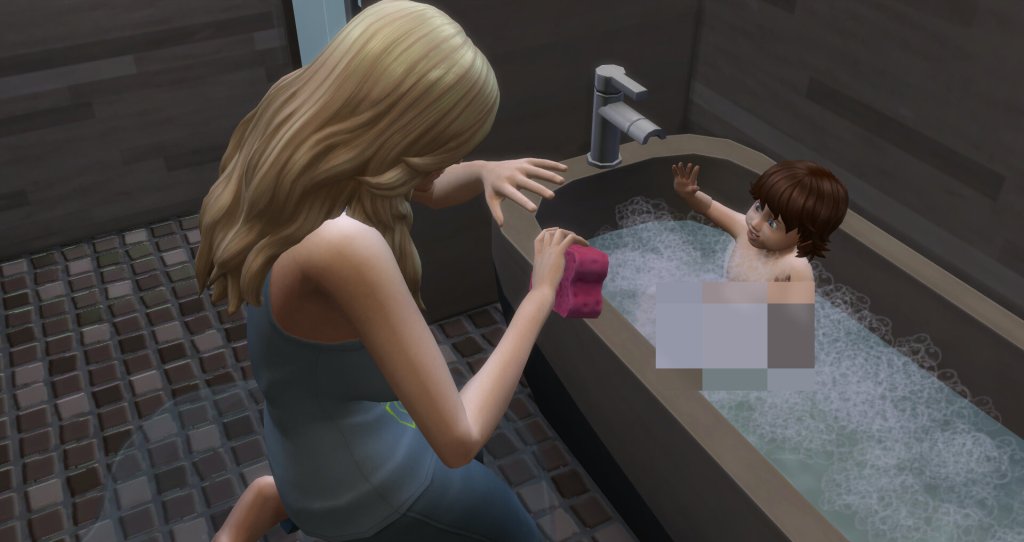 After eating Kelvin wanted to go back to sleep.  I don’t know what it is with this kid.  If his energy is the smallest bit in the yellow he goes to bed.  So I tried the best I could to have Fern keep him occupied.

Poor Tesla is exhausted from him waking her up every night.  Fern did flashcards with him for like an hour after the bath and he ended up going to bed at like 4pm.  He actually slept ’till 6am!  I should have thought of this sooner.

The nice thing about the grill is that Damion has taken over all of the cooking.  Let’s just hope he doesn’t set himself on fire.

When Fern needed gardening help and I saw uncle Sage has now aged to an elder I was a bit sad.

Such a good dad.  I would have to say he’s the best uncontrollable parent I’ve had. 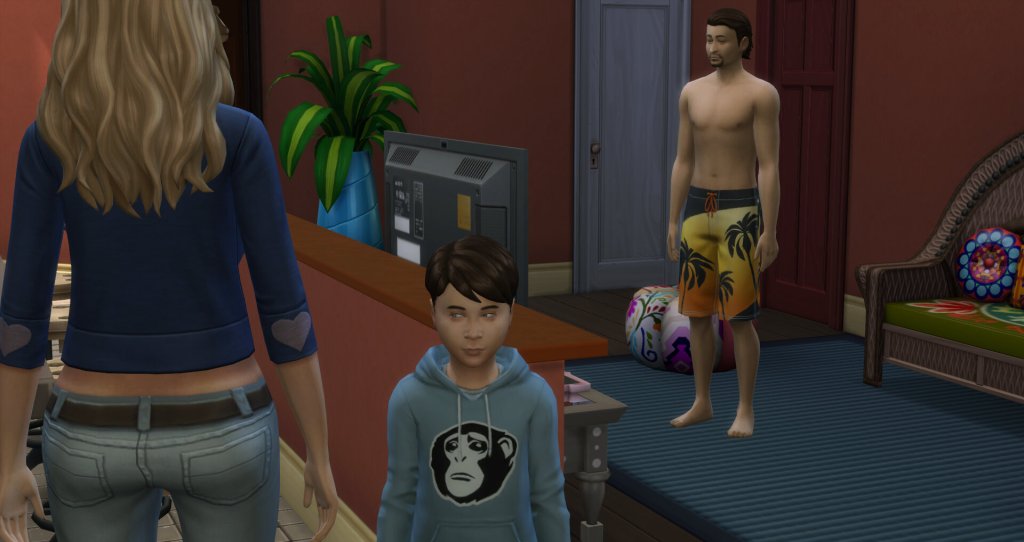 I’m telling you this kid is evil.  I think he has a hidden hot-headed trait.

This was a few minutes after aging up! 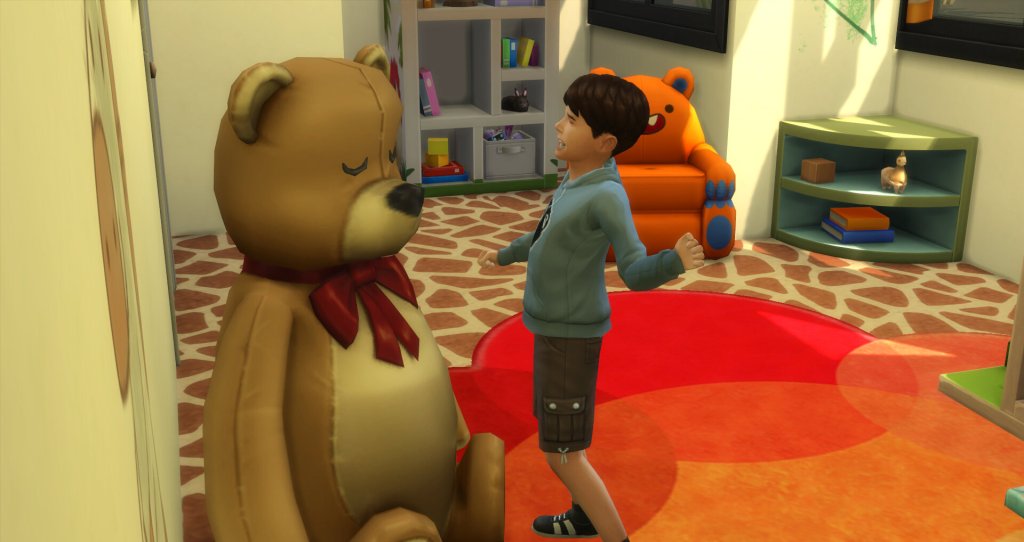 Isn’t Tesla so darned cute?  Also, why on earth did they go into the bedroom way across the house to eat? 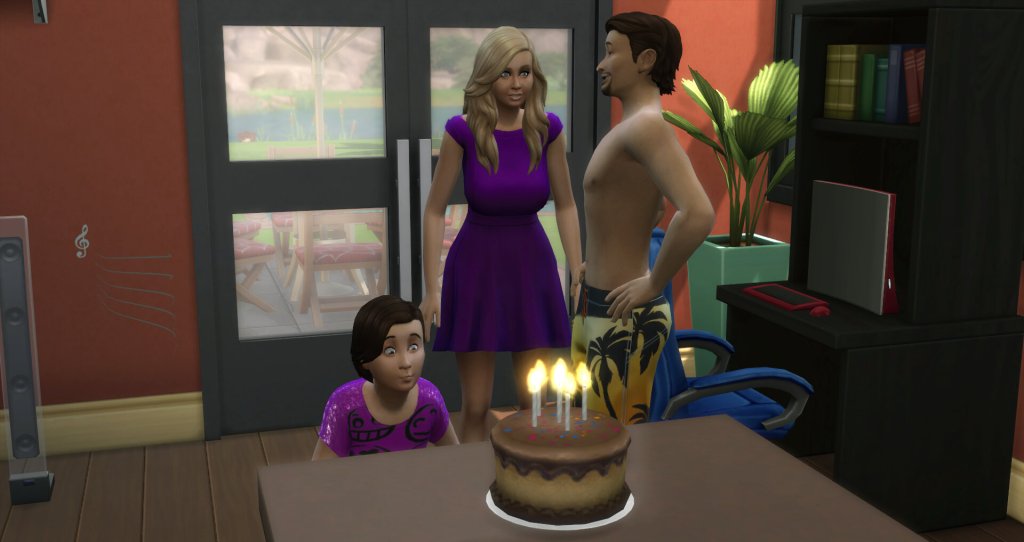 I have so been looking forward to this.  Can’t wait to see her aged up! 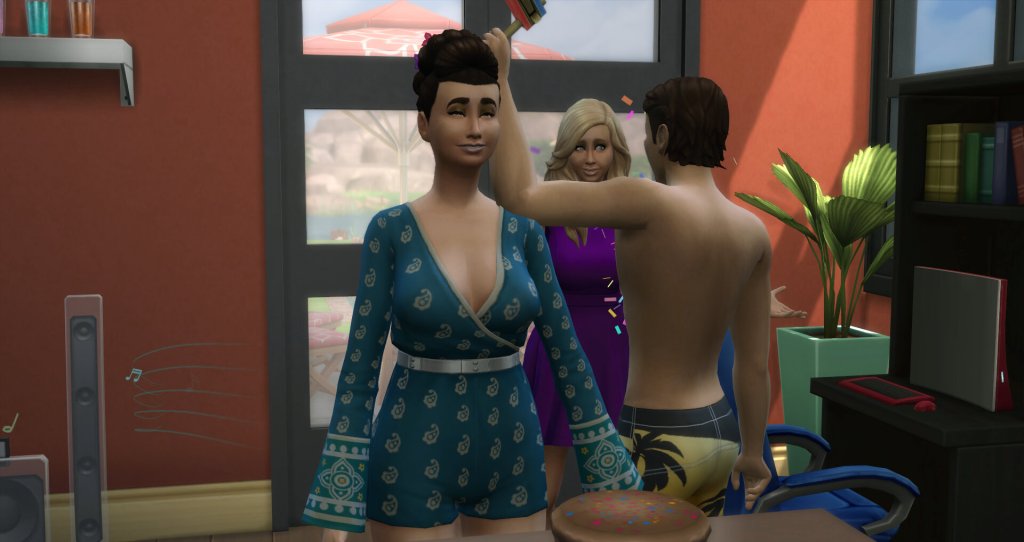 Umm… not what I was expecting.  Makeover! 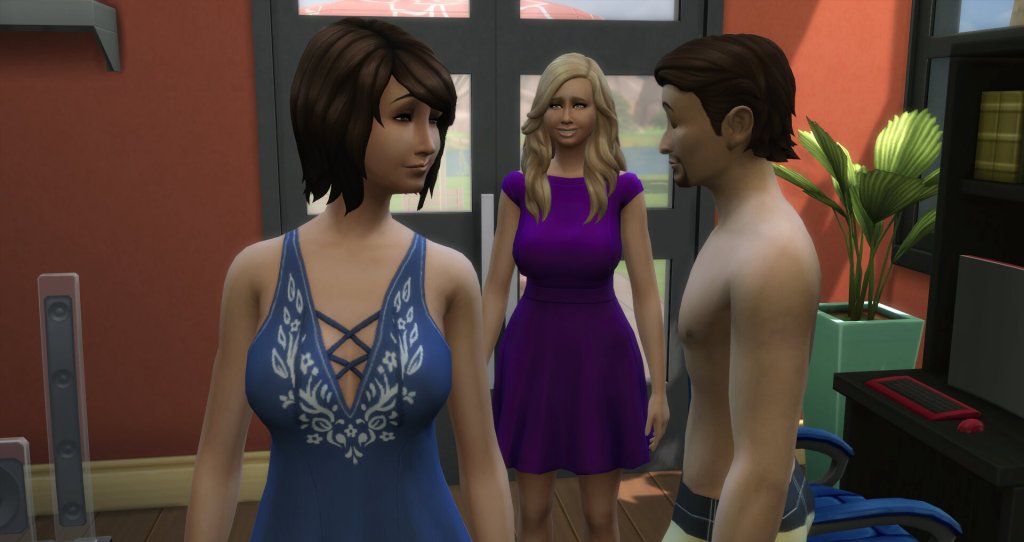 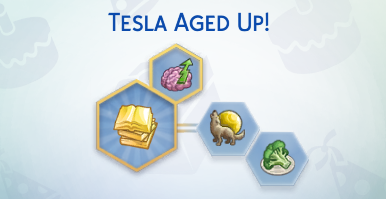 Not really all that trilled with her traits so far.

They fished for an hour or so and I was surprised when Tesla caught one.  Her first fishie is a goldfish.

Then Ivy called inviting them to her birthday party.  Usually these things don’t work for me so I wasn’t expecting much.

Wow.  A caterer actually showed up to make a cake and Ivy blew out the candles and aged up.  I’ve only had that happen once before this.  Fern looks so pretty in this pic.  I have no idea where Ivy’s son Carson was.

I didn’t see her at the grill until she had finished the tofu dogs.  Geeze!  I may need to put that thing into inventory so my heir doesn’t burn to death. 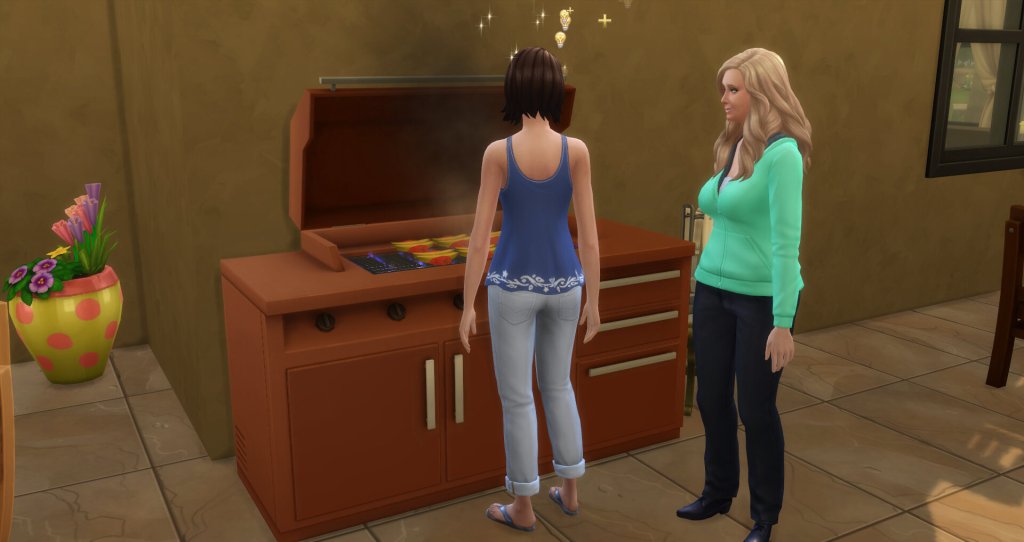 The next day she’s grilling fruit!  It’s like the grill is luring her despite the fridge full of food.  I do like that her cooking skill is going up so I just made Fern stand there in case she needs to extinguish her daughter.  She does have the Naturalist trait so she should extinguish her pretty quick.  Ummm yea, I might just put it into inventory anyway if this keeps up.  My nerves can’t handle this!