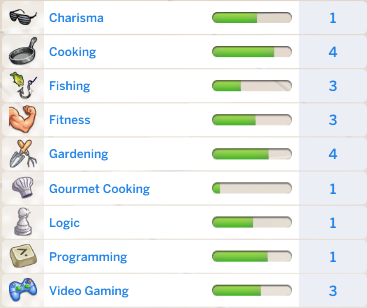 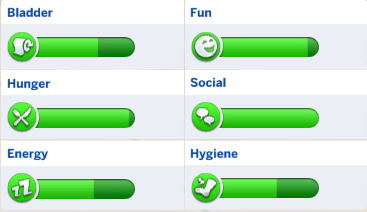 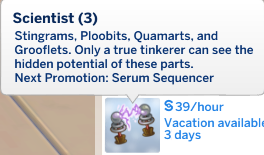 Tesla’s starting satisfaction, skills, traits, needs and job level.  She began on a Wednesday afternoon.  Sadly, I expected her to get some sort of bonus from starting at level 3 but she didn’t get any. 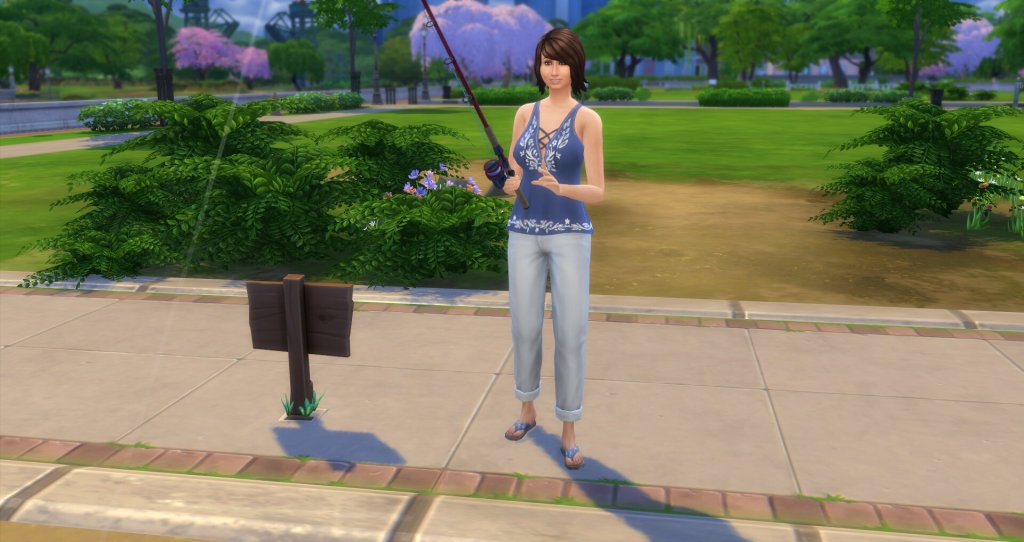 The first thing she did was fish for a bit.  Her lot is right behind her.  She got a breakthrough waiting for the collectables to spawn. 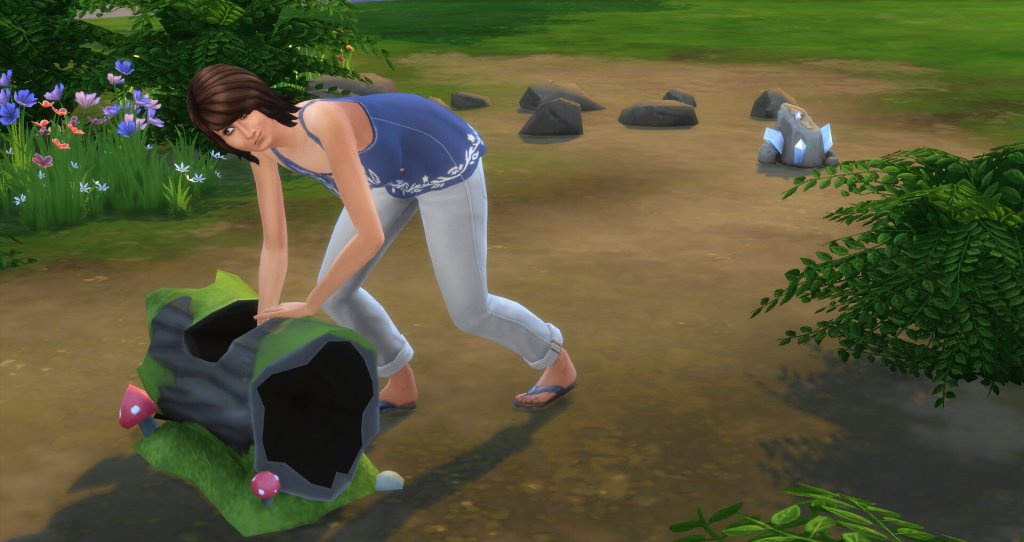 Then she made the first of what will become her route for awhile. 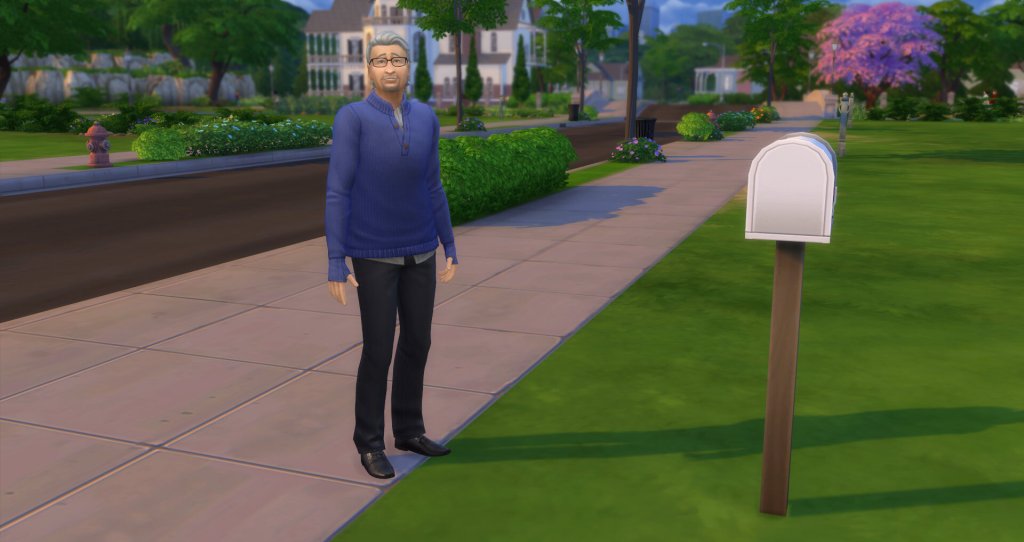 She was way over by the grill area and I noticed her dad waiting for her at her lot.  By the time she got over there he had left.  Too bad. 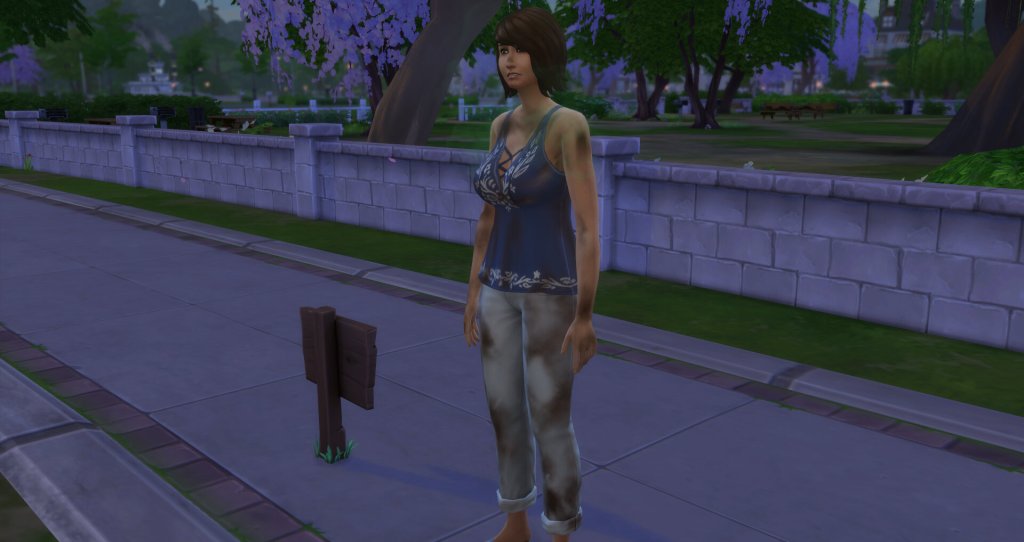 After collecting she fished all night.  She had to take a nap once when she refused to fish. 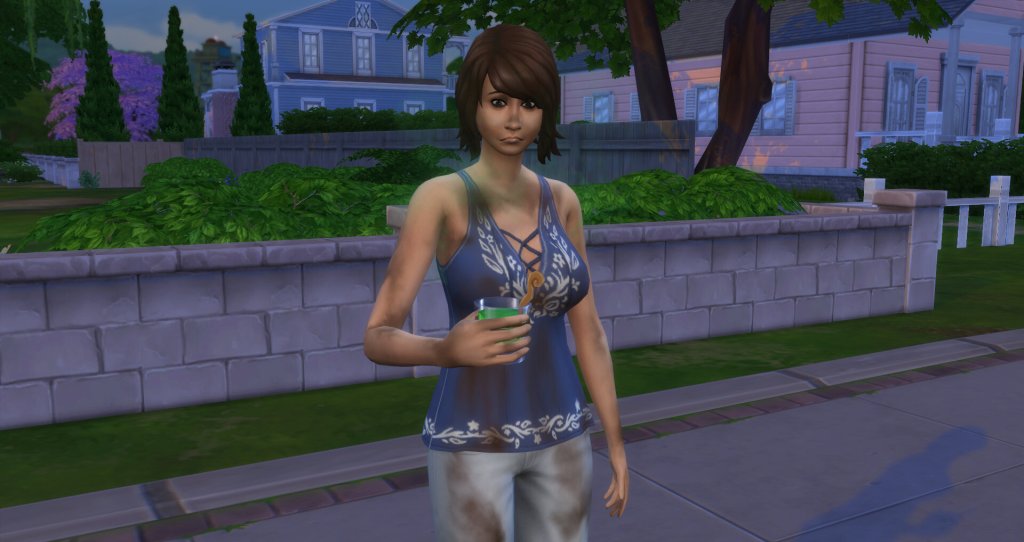 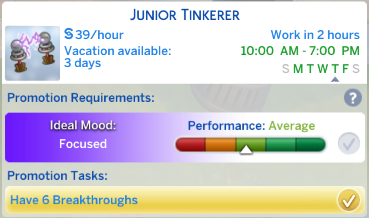 She had her first 6 breakthroughs while fishing all night. 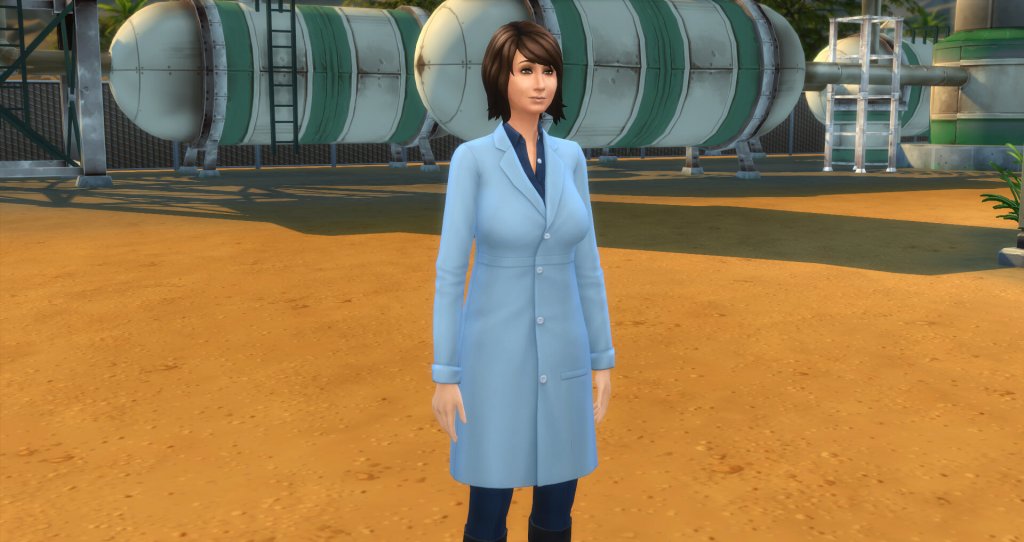 Time to get started! 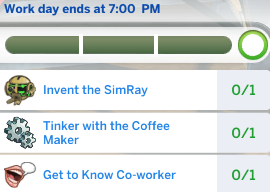 Truthfully, I was a bit shocked this was her first task.  It took Brent forever to get this the last go round. 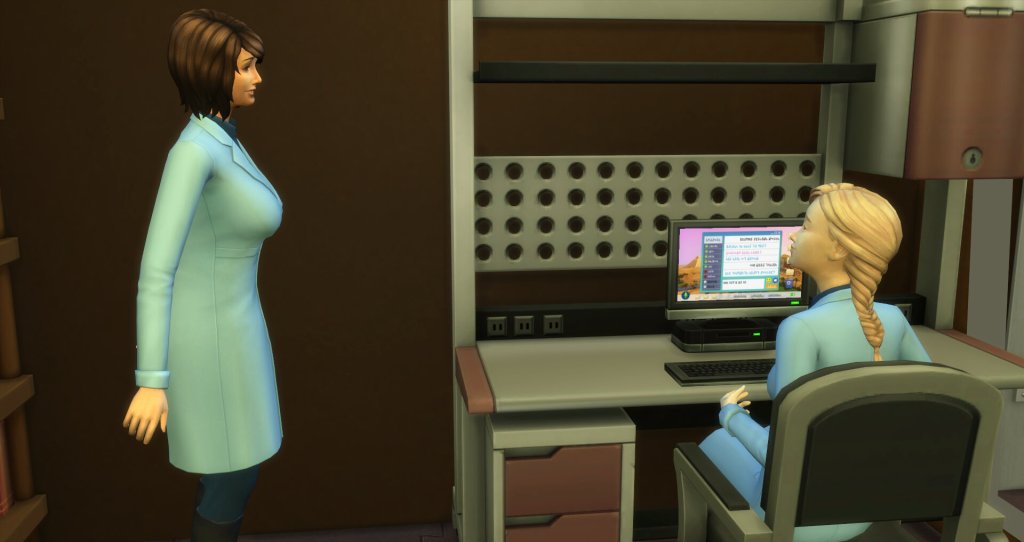 First, she had to get a metal and crystal from this co-worker. 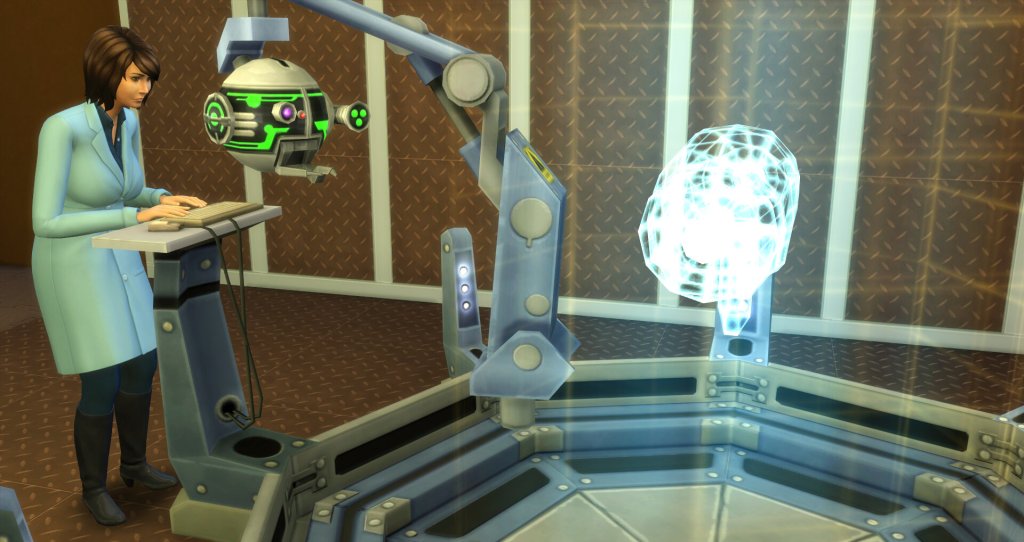 Time to build a simray! 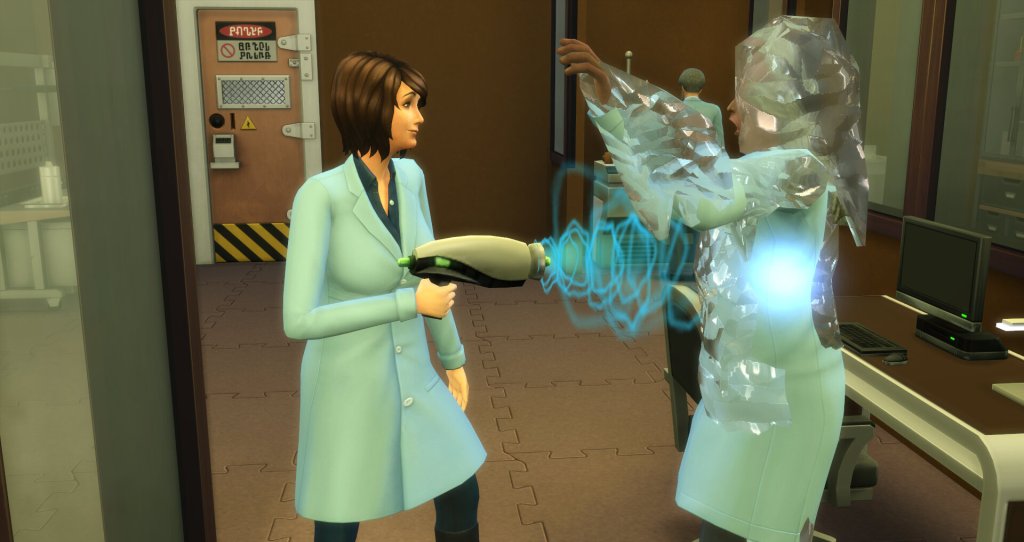 Poor guy.  That’s what he gets for being so close by.  (Loner trait)

Then she got the task to upgrade it with transform object.  This is an awesome start to the first day! 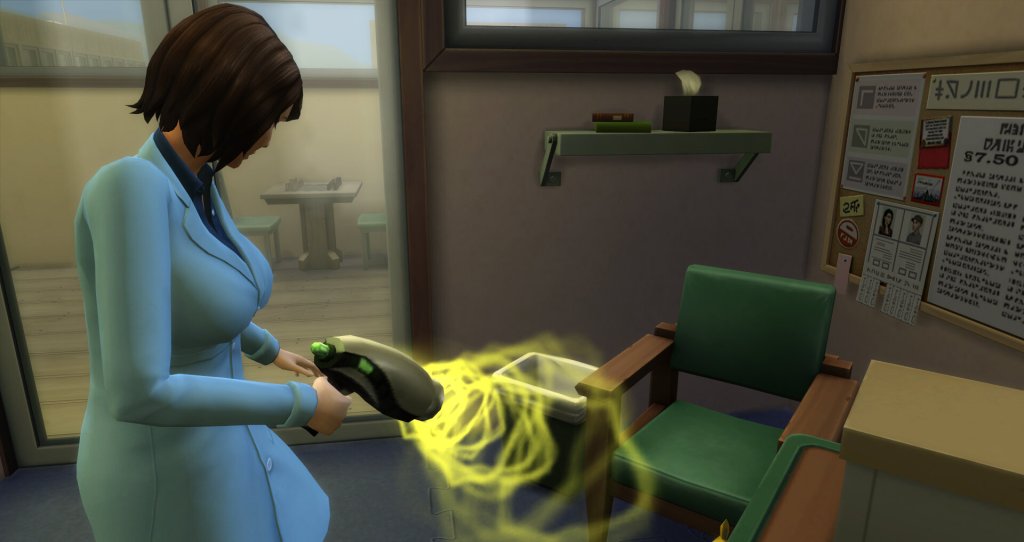 She had to transform a chair.  I picked this one in an unused office so that none of the chairs they actually use are wasted. 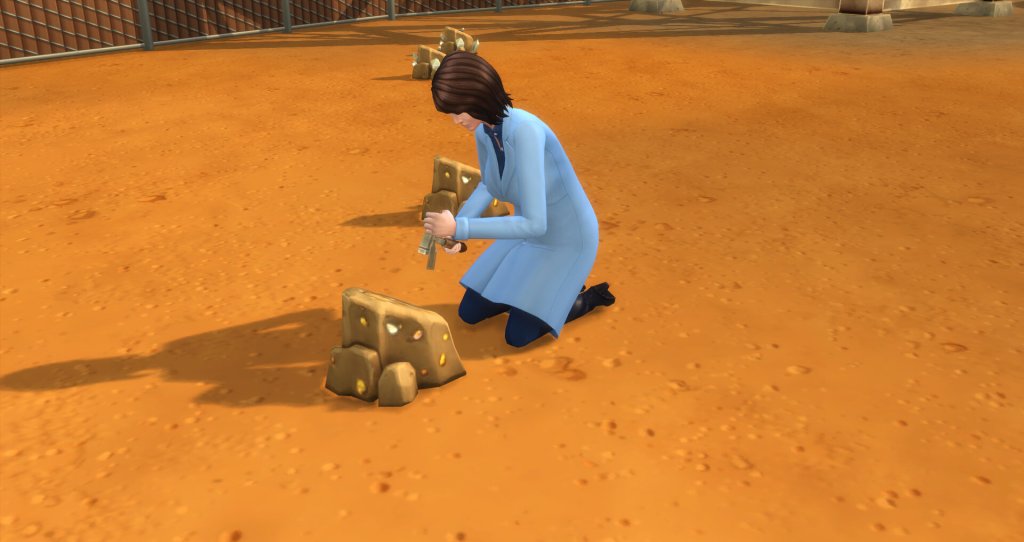 Once her task bar is full she runs around and digs up some dig sites. 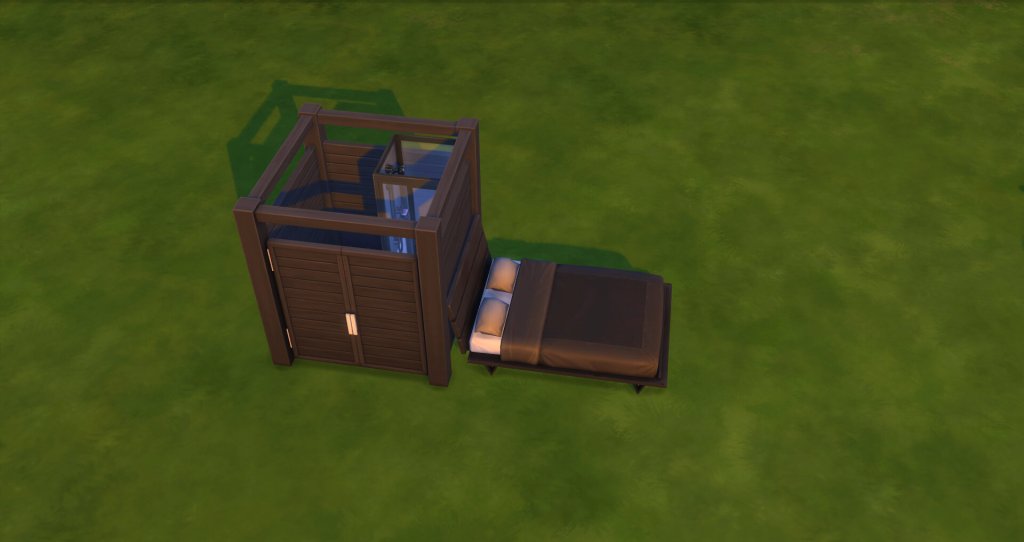 She was able to get a modest start.  I don’t plan to buy much more than this for awhile. 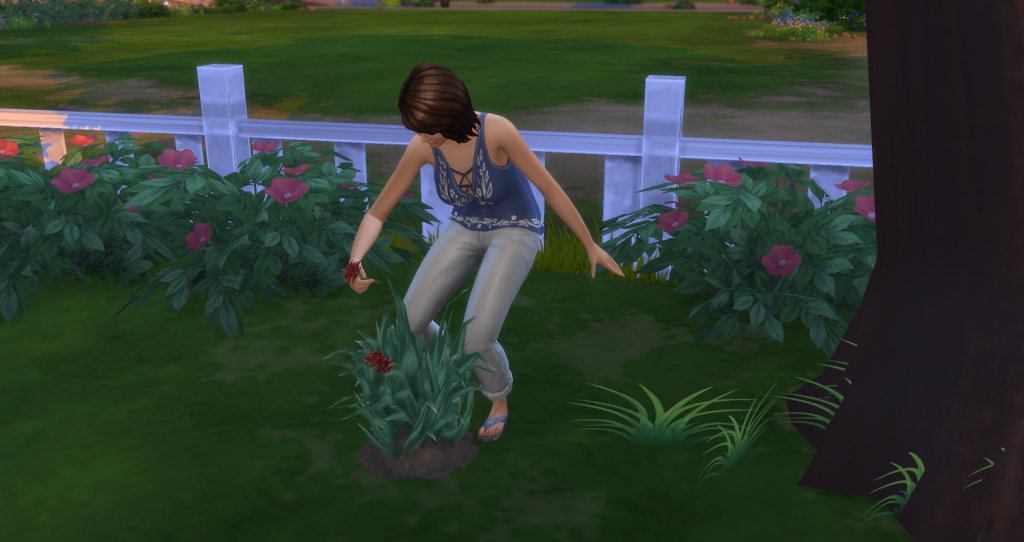 Then it’s back to running around collecting.  The snapdragons are up but not the strawberries. 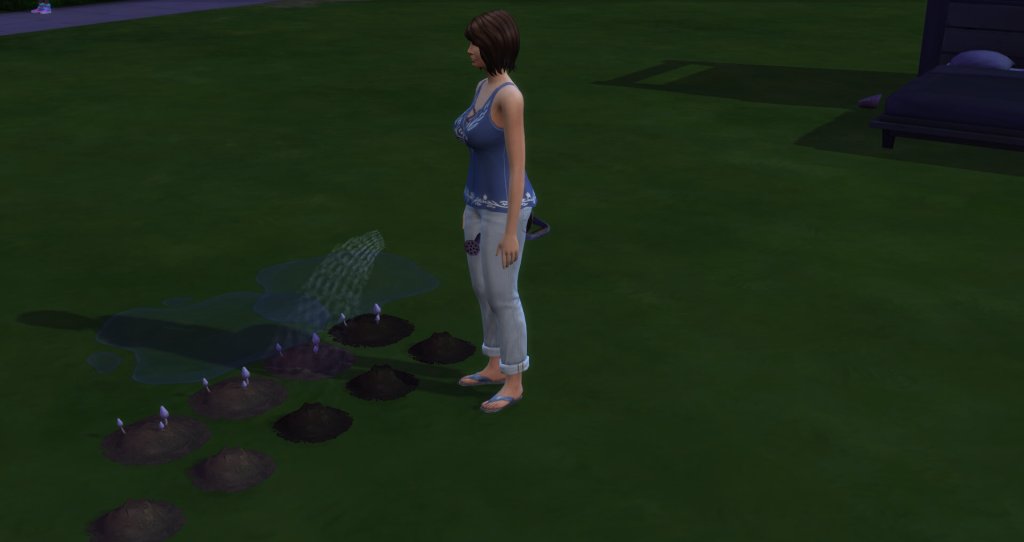 She was watering some plants so that she could get through the first part of Freelance Botanist when someone started talking to me and I paused the game.  When I looked at the screen a few minutes later this is what I saw!  I just had to take a pic for your entertainment.  I laughed so hard! 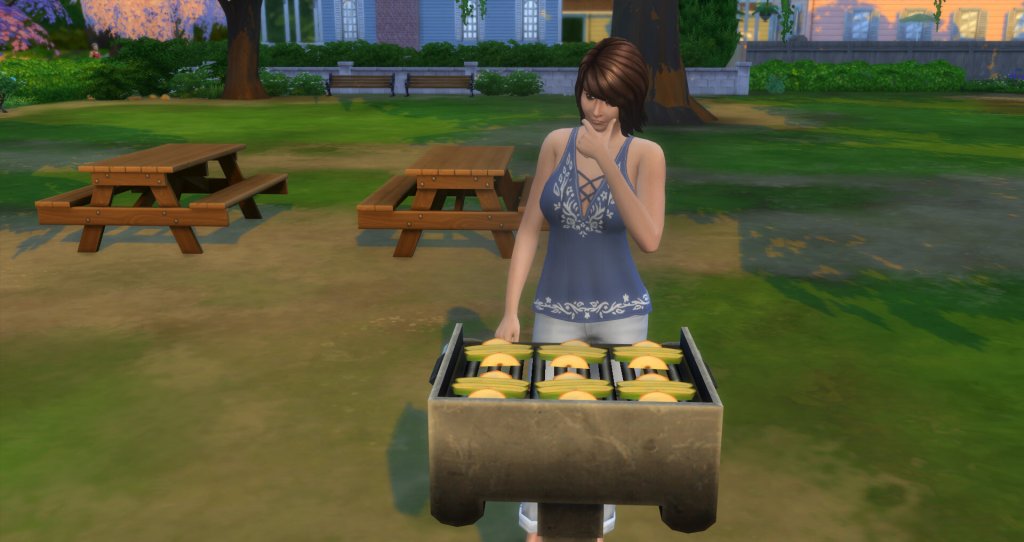 In the morning she grilled some fruit.  Oddly, I didn’t take any screenshots at work this second day.  Just a few moodlets.  Here’s how the day went… she started okay and then had a bunch of tasks to talk to co-workers this made her tense which overrode the focused moodlet.  Then she got hungry and I had her eat a sandwich which it turns out has meat in it which made her very uncomfortable.  I had her stop eating it and make a pastry which has to be microwaved.  It was cold in the middle so she was more uncomfortable for even longer!  All in all her traits suck! 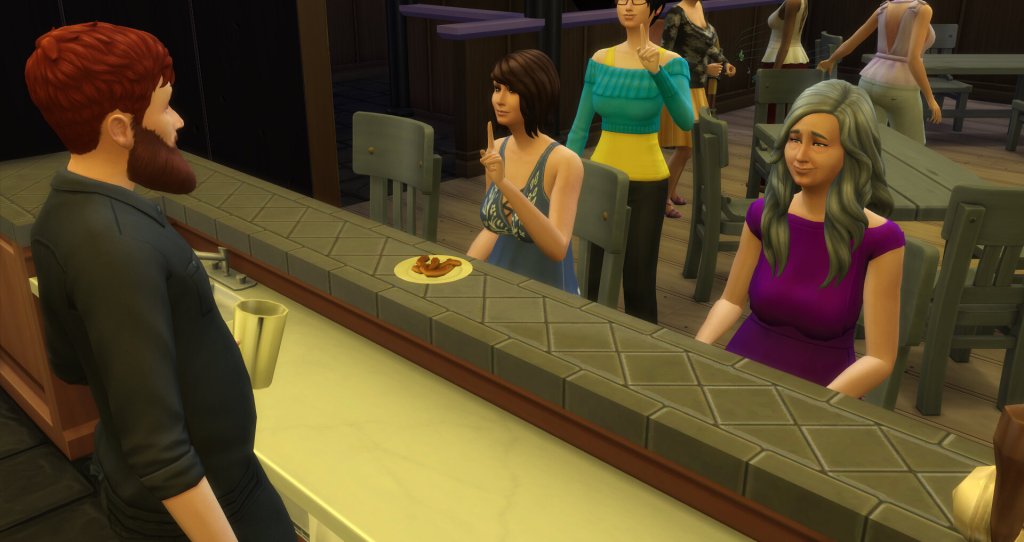 Her mom invited her to ladies night and since she had enough to travel I figured why not. 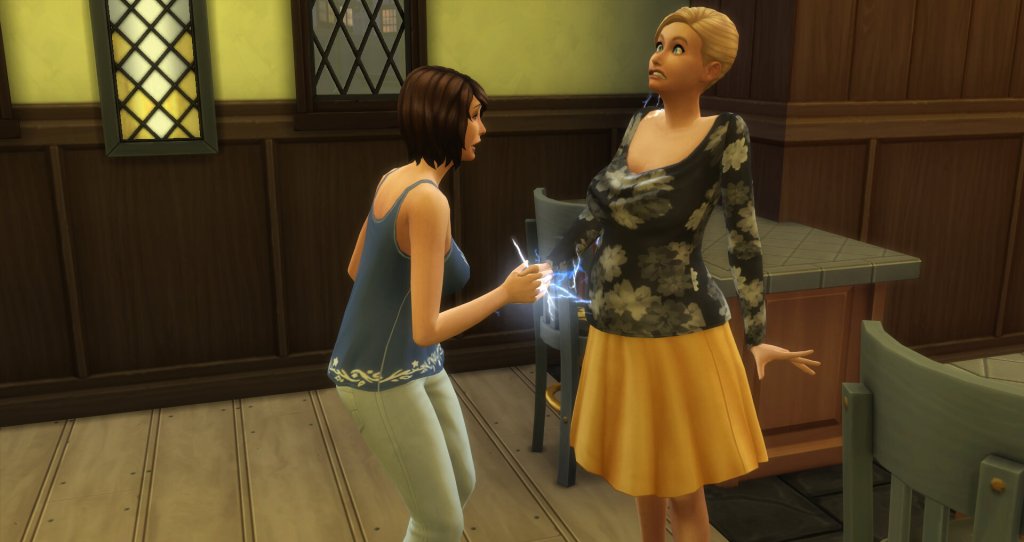 She used this as an opportunity to up her mischief skill because so far it’s been very hard to find anything she can steal at a low level and she keeps getting tense from wanting to steal stuff!  It was funny, she tortured this poor woman for hours and somehow they have a fairly good relationship. 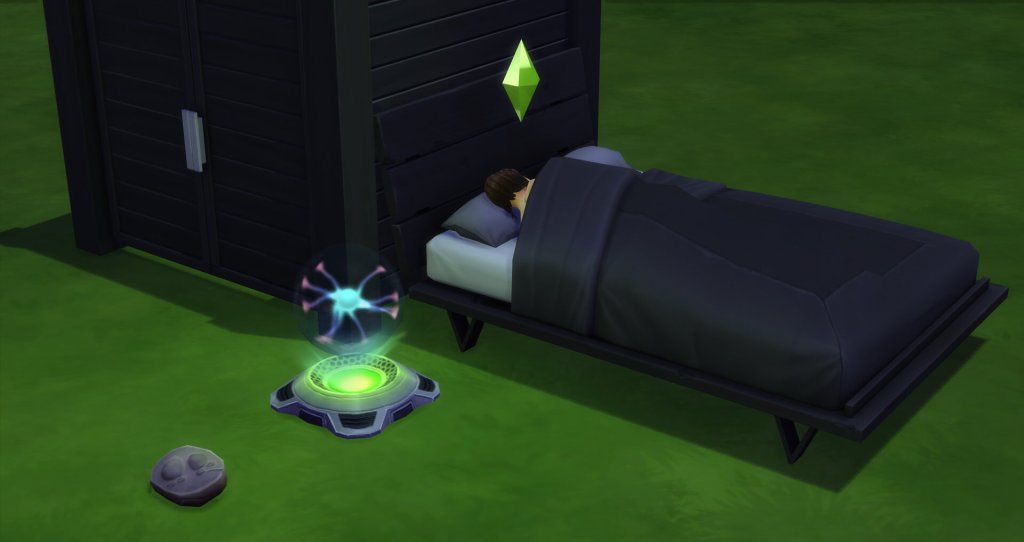 I know Brent made the hoverlamp last time I did this house but I must not have turned it on because I didn’t know it could do this! 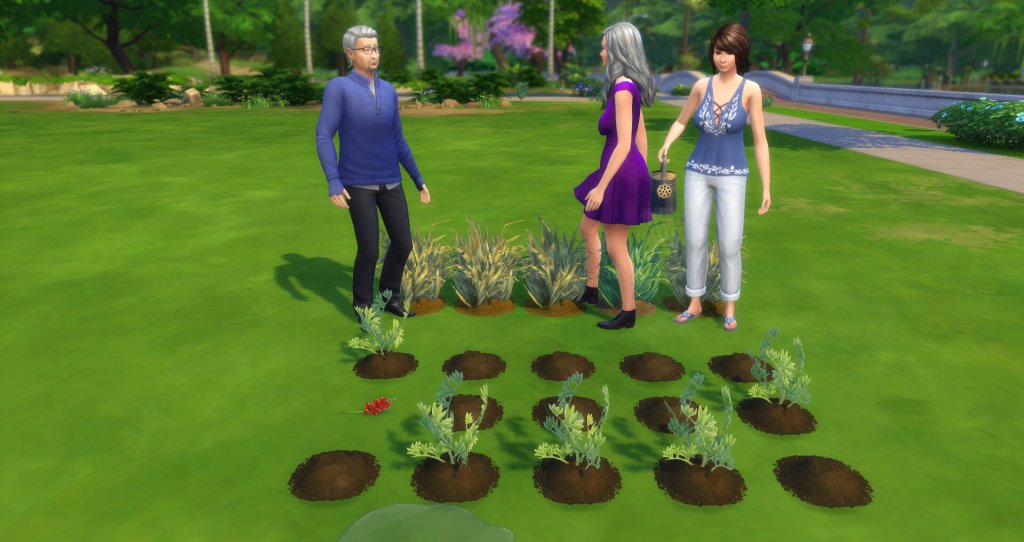 She didn’t really need help watering but when I saw her mom walk by I figured it was a good way to spend some time with them. 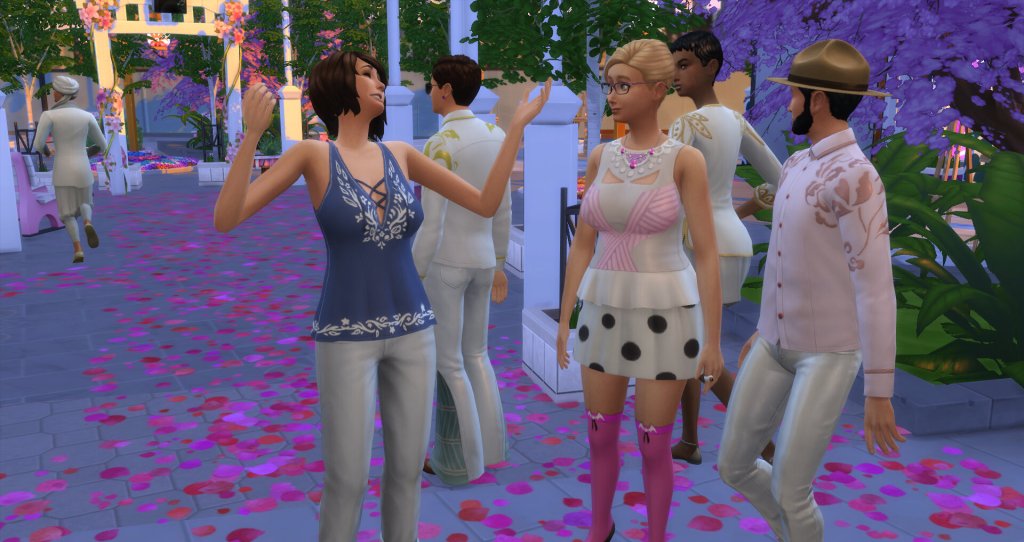 Later, after doing a bunch more gathering the lady she had tortured the night before invited her to the romance festival to buy t-shirts or something. 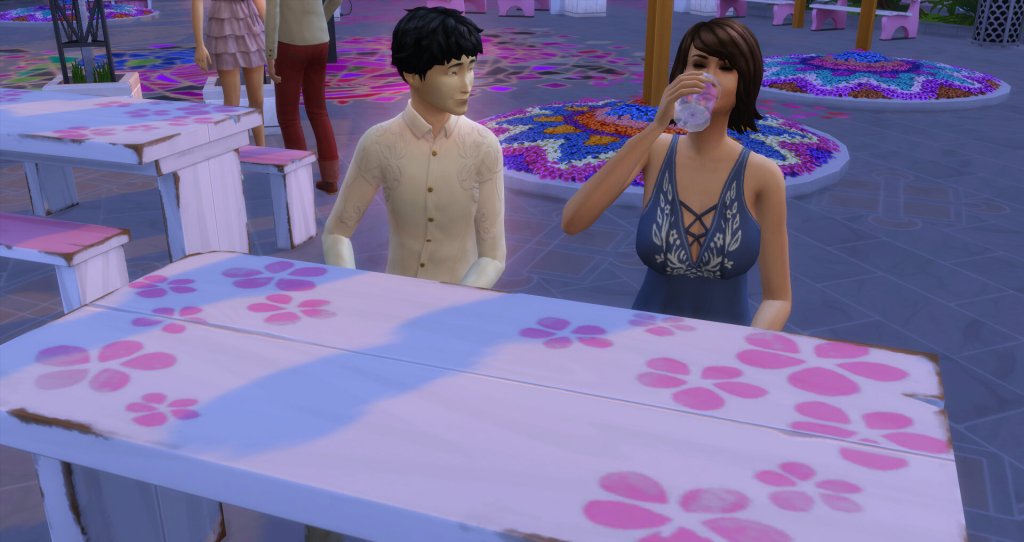 This guy seemed interested but he turned out to be a teen.  Maybe he’ll be aging up soon. 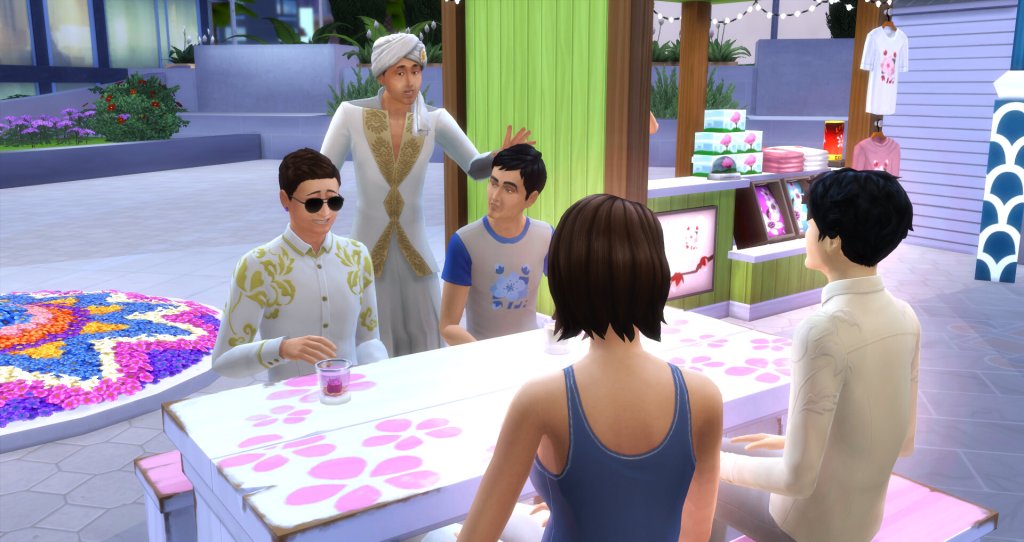 She wanted to ask advice from the romance guru and he walked over to the table so everyone heard her horrible fate. The funny part was I thought the guy across from her was cute and it turned out to be her brother Kelvin!  I didn’t recognize him dressed like that! 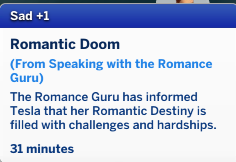 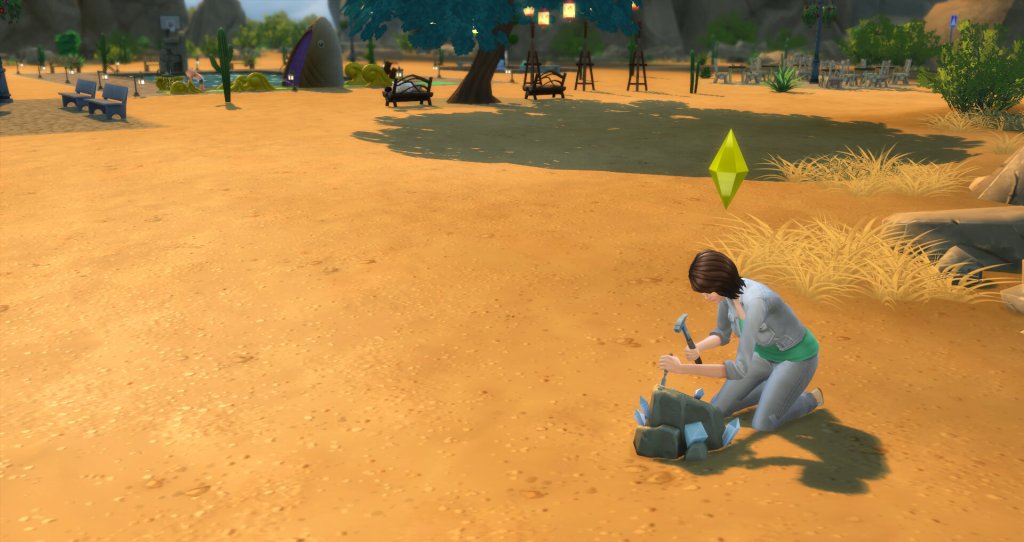 I stopped halfway through Sunday.  So far all she’s done this day is gather around her neighborhood and at the park. It’s been exactly 4 days since her start and she almost has saved enough to buy a rocket.  So far no luck on finding a husband candidate.  She would have gotten a promotion on the second day I think if she wasn’t tense and uncomfortable pretty much the whole day!  She’ll get promoted Monday because she’s like a sliver away now. 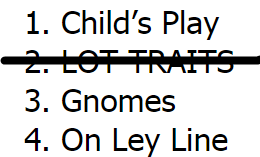 I remembered later to roll for lot traits.