Ugh.  When I opened the save I was greeted by this sight.  This no aging/no death thing is driving me crazy!

I was about to delete him in CAS and just be done with it when I was thinking too bad there’s no way in CAS to just make a clone of him and assign it as Mona’s dad.  So I thought oh I can clone him!  I had to go into buydebug mode to get the cloning machine.

One clone coming up!

Are you freaking kidding me?!?

Alright so I went into CAS and deleted them both.  When I exited CAS it was back to the time I had started! Remember it was late at night in the last screenshot!  The pool was gone.  I am so confused but whatever.  I gained the time back that I wasted trying to find a way to keep him in Mona’s tree.

So Tesla helped Mona with her homework. 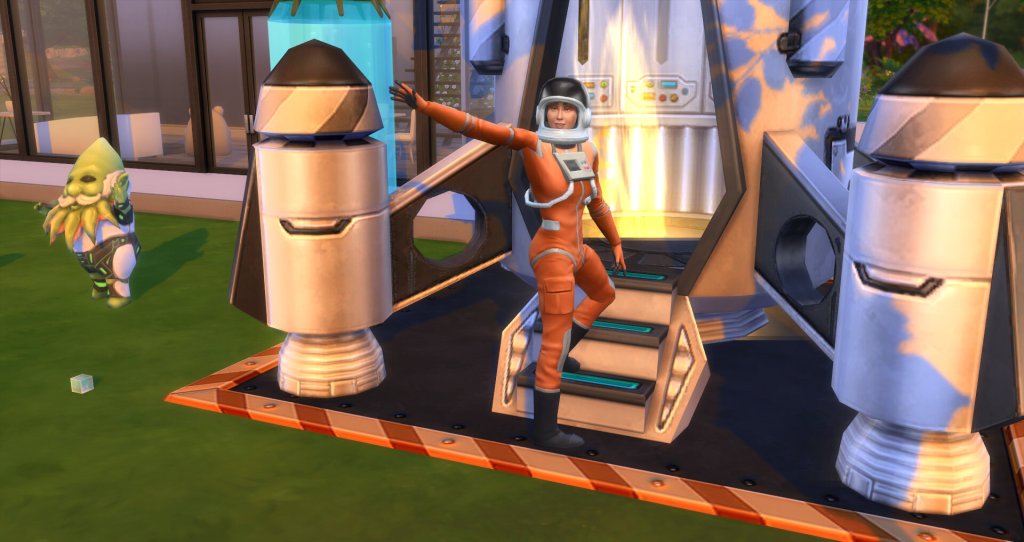 Then it occurred to me that rocket missions might increase the rocket science skill.  They do!  She was almost to level 9 and didn’t have work for 2 days so I was happy.

Really?  This is the least scary vamp I’ve seen! 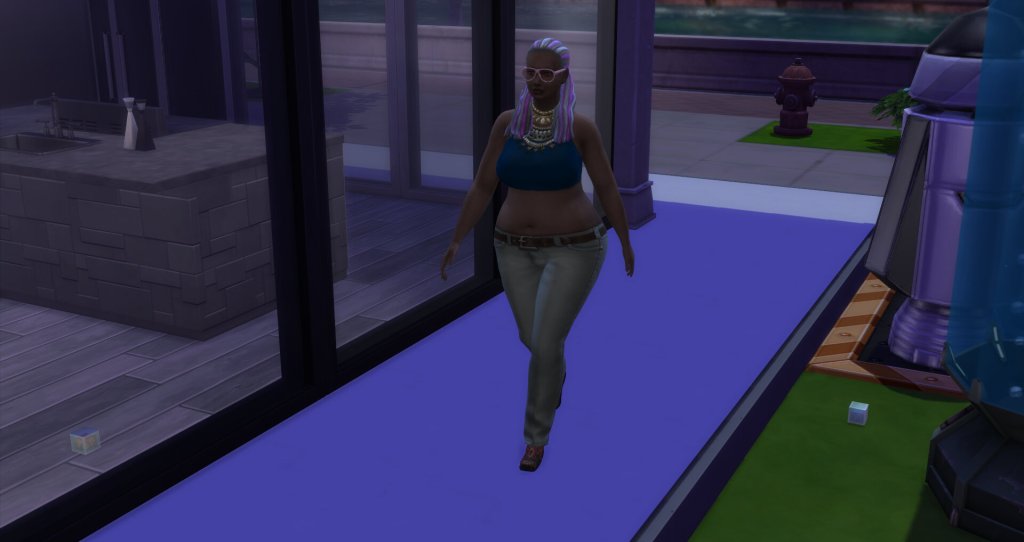 Until this one!  So I did a pop report to see how many vamps are in my game cuz there were lots roaming around and coming up to the door.  Eleven!  What the heck?!? 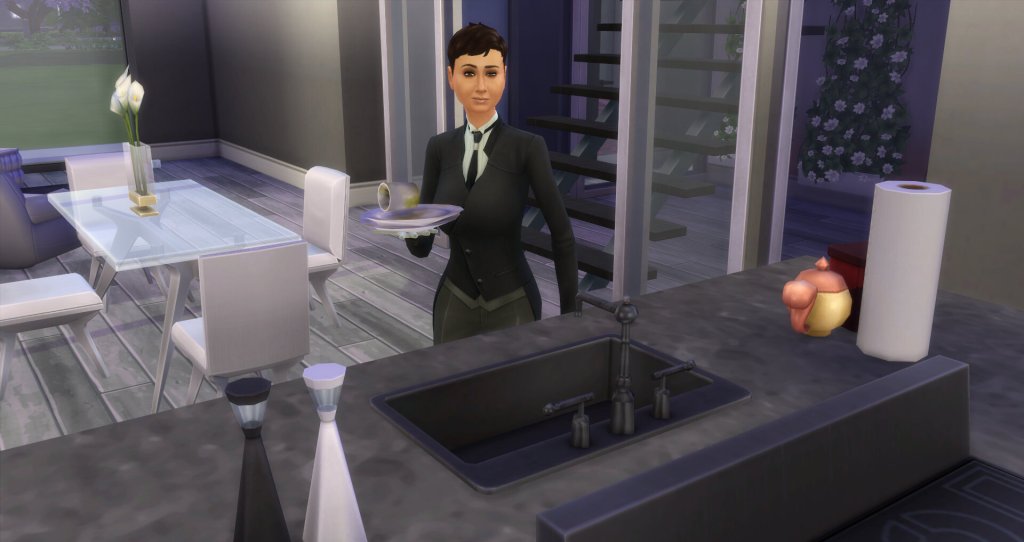 I guess Kylee takes the slave role seriously.  She keeps cleaning.  Does the butler suit make them do that maybe? 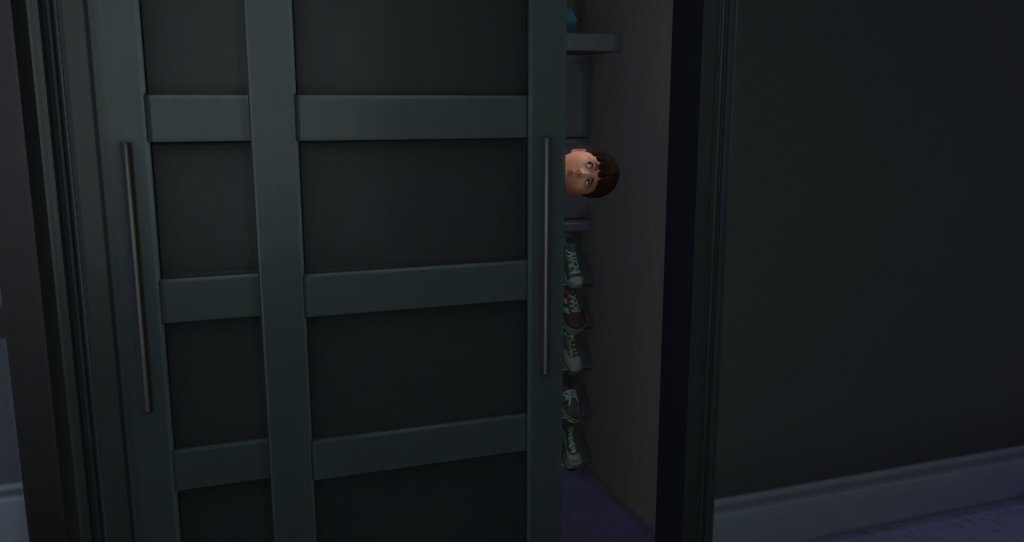 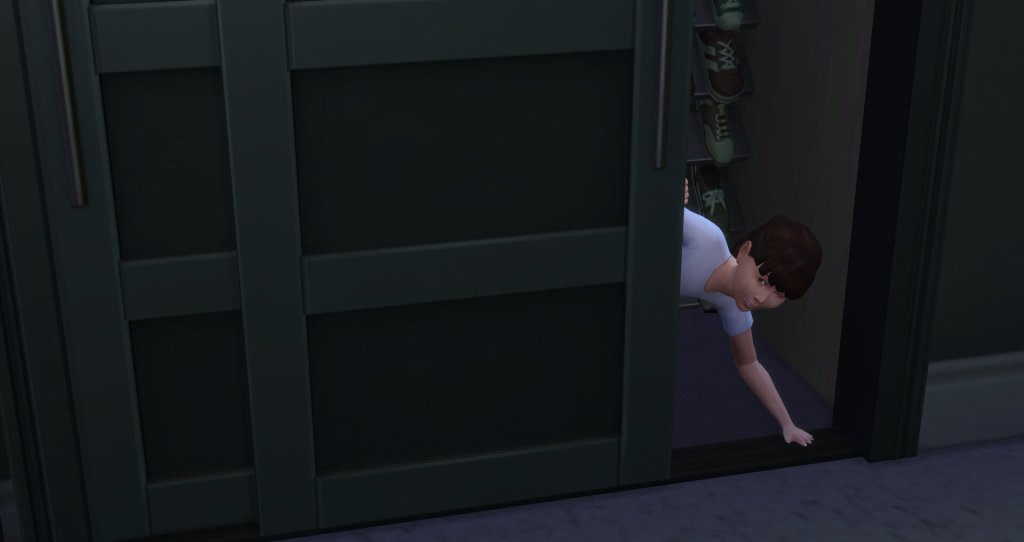 Tesla was either on a rocket mission or upgrading the rocket and I noticed that Mona wasn’t sleeping.  Finally I found her in the closet in the other bedroom.  So cute!

She upgraded all night and took a moodlet solver potion.

Woot!  Another task to check off! 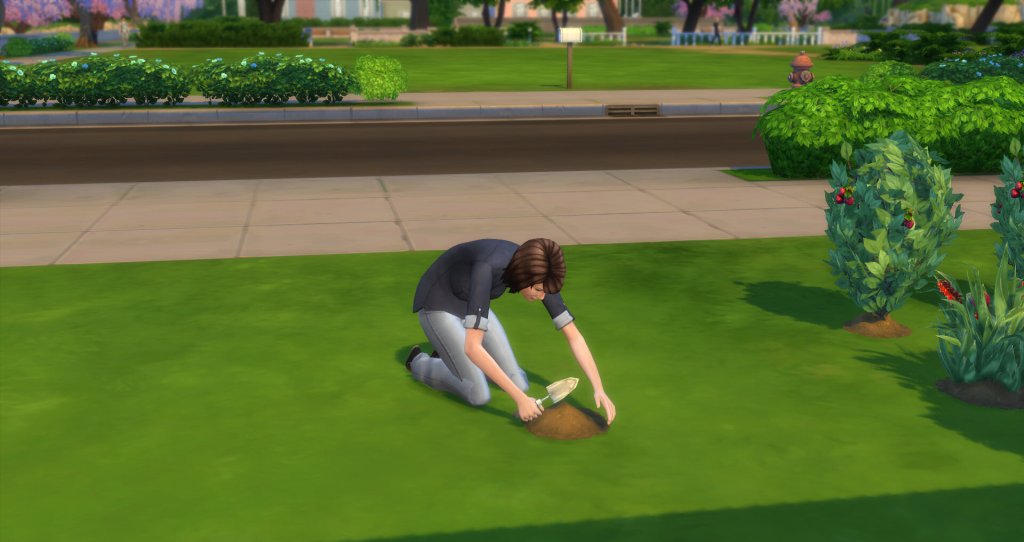 Tesla planted the U.F.O. seed she found while on a mission.

When she was invited to the Romance Festival I thought why not?  This was hilarious!  What on earth?

She went back to the romance guru hoping that he’d give her better advise this time.  He didn’t.  She was so sad I sent her home.

Yay!  Finally she makes it to Sixam and does lots of collecting.  She keeps 4 souvenirs.  I’m sure she’ll go back again and get some more.

Then since she had most of the day free she took Mona out for the day.

I saw this boy Colin Hay and had Tesla call him over so that Mona could meet him.  Perhaps a future mate?  That would be nice.

Then they went out for lunch. 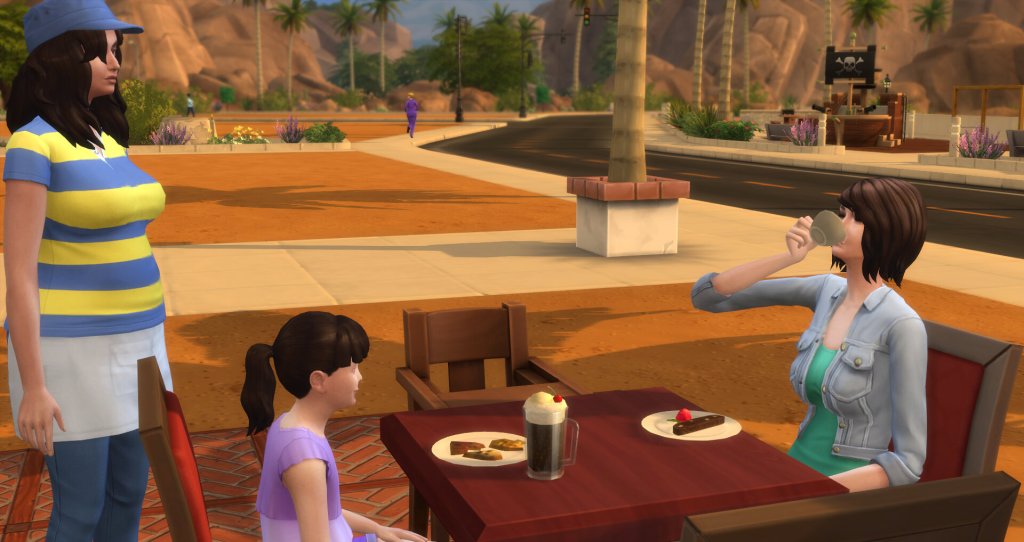 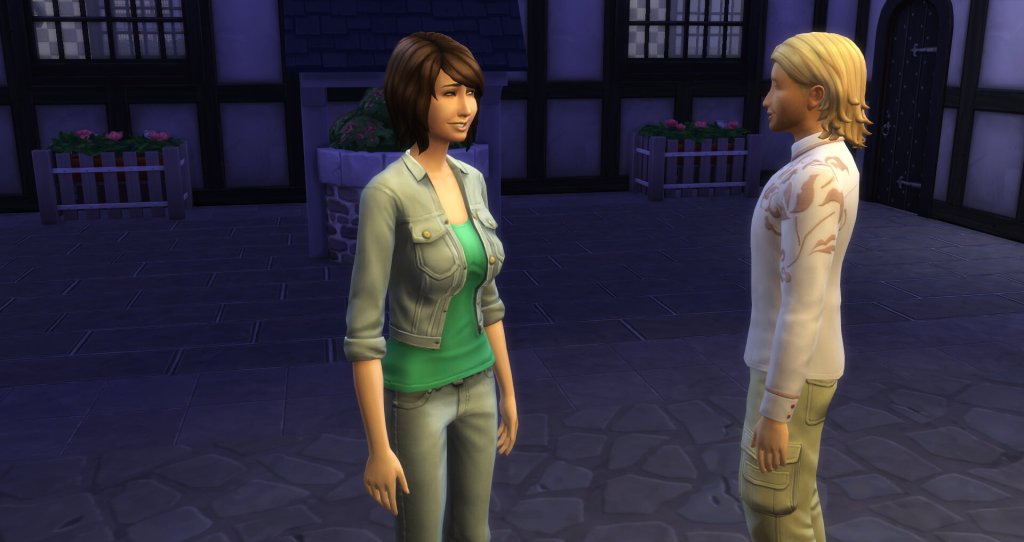 She had just crawled into bed when Donte, the guy I had originally planned to get her with, called to invite her to a nightclub.  Maybe it’s a sign? 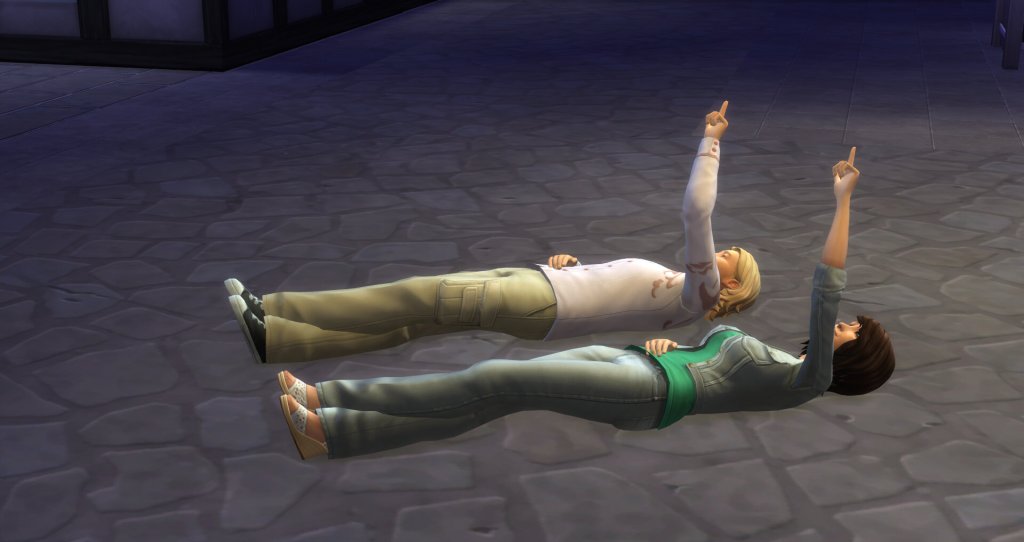 Their friendship was really low so they stargazed until they were friends again. 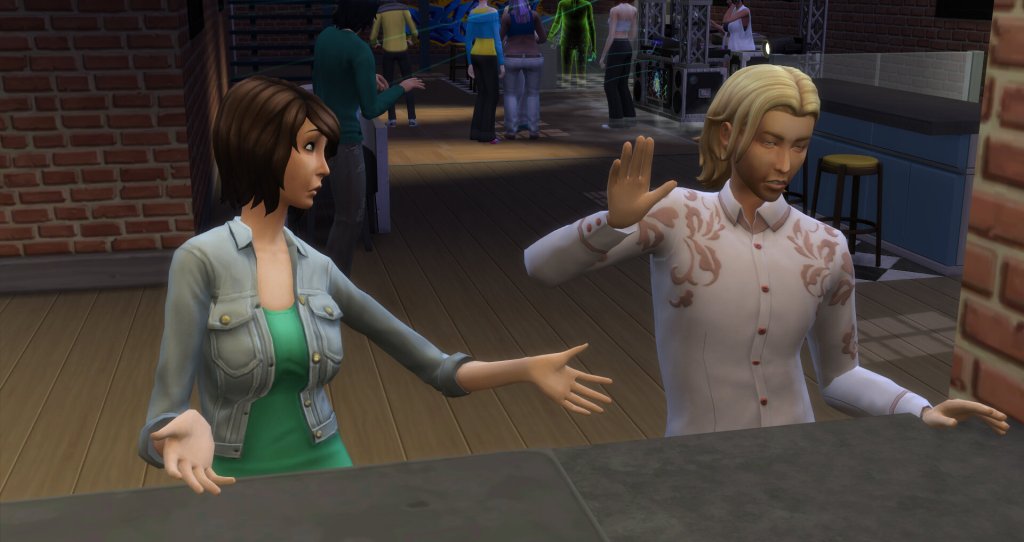 At first he was all into her and then he wasn’t… later he was again.  No surprise since he’s married. 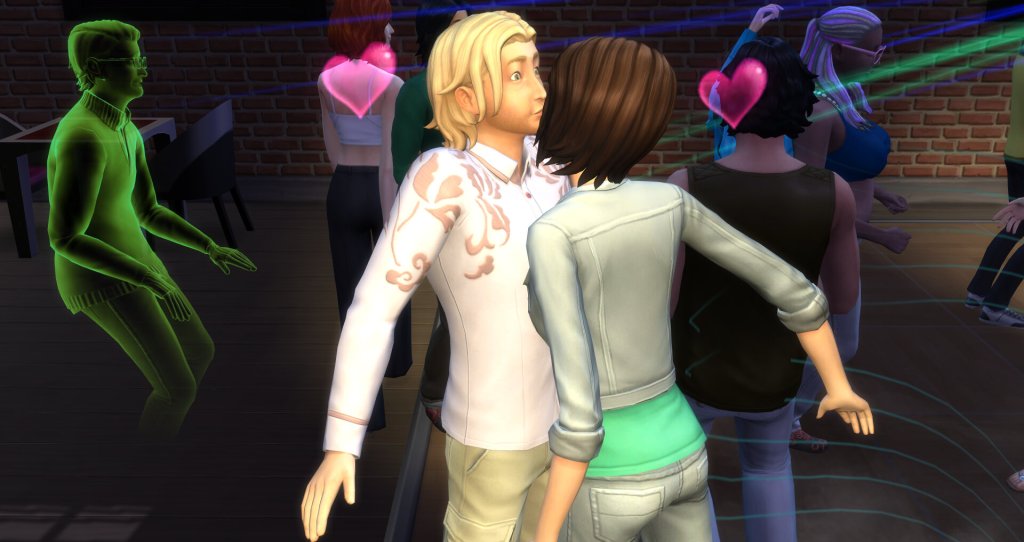 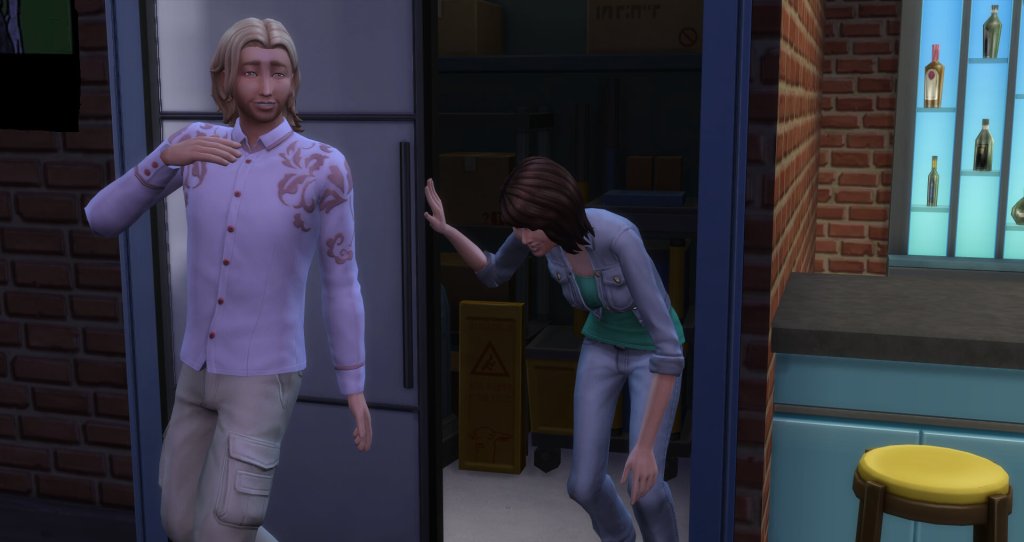