As I almost always do I spent all the money they had saved up to start building the house once I had it graphed out. The lot is huge and it has to be $100,000 so the house is going to be really big.  Look at the room with the blue bed it looks lost in there!  The room with the red bed is technically a kid’s room and the room with the fridge is a bathroom but I figured might as well get the stuff inside.  Boy wouldn’t this challenge be so much harder with seasons!

I was trying to get Trey’s satisfaction points up so I had him gather some blackberries to plant for the first part of Freelance Botanist.  I later sold them because they were about to die.  Just no time for a garden in this house challenge.

I thought the ones I got wouldn’t do this!

Oh yea, I forgot to take a pic of Colin without those goofy glasses! 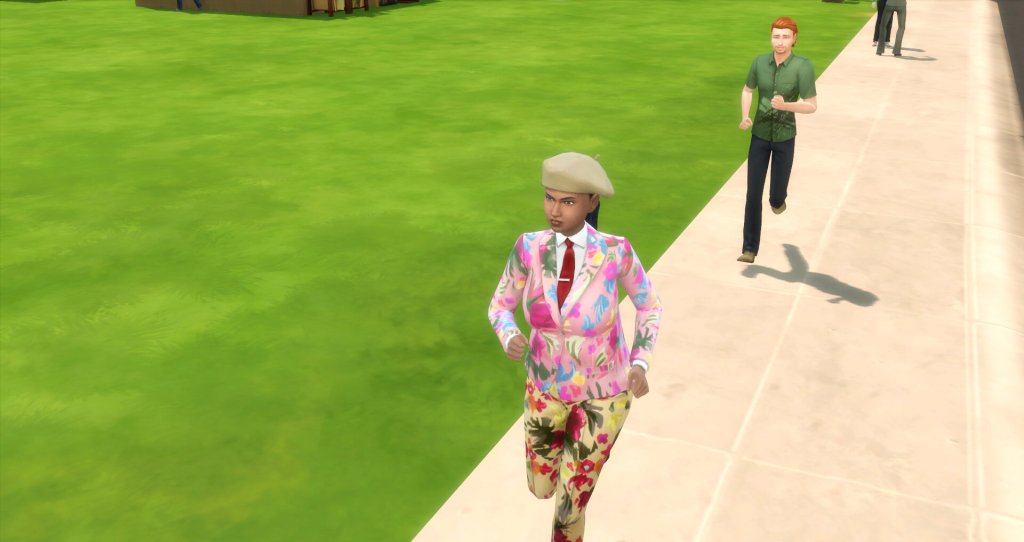 I remembered to start having Trey take pictures.  At first I had the really cheap camera but you can’t size it up so I gave in and spent some of the $1,000 traveling money to buy the next one up.  This lady was dressed so crazy he had to get a shot of her!  She doesn’t seem thrilled to be chased though! 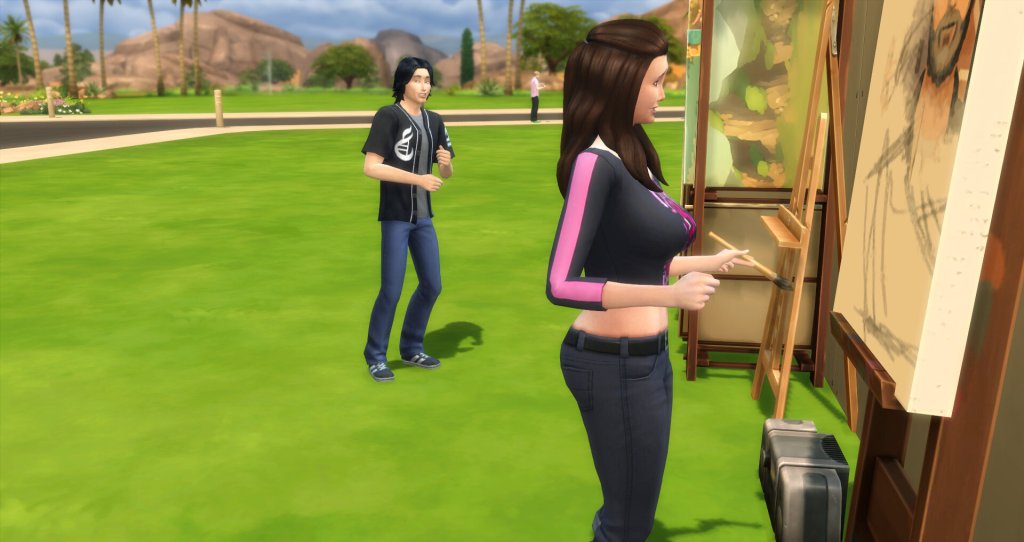 Meanwhile back at home Colin dances while Mona paints and paints trying to get to the next level for her job.

Lilliana was walking down the street and when I saw her I had Trey stop taking pics and run over to ask her to move in.

Colin didn’t have family but she sure did!  Also note: The short haired guy is Bob that Mona met as a toddler!

I totally didn’t intend this.  This was her second everyday outfit.  I had kept the one she was wearing before and just changed the skirt but when I exited CAS it wasn’t there!  I’ll eventually go back and add it cuz I liked how it looked on her.

Hello sir!  Nice pink pants you have there!  Mind if I take a picture? 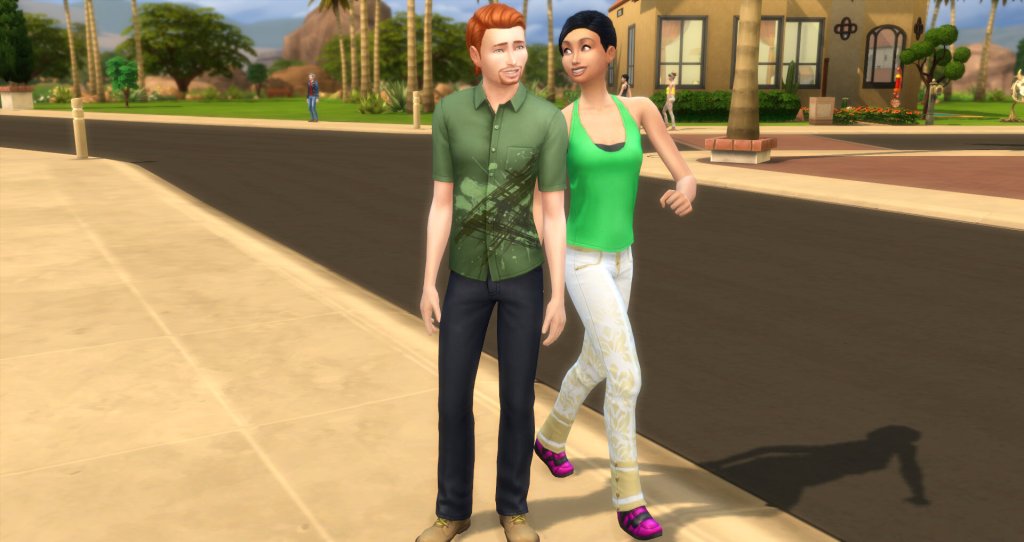 She’s like you know you want to take a pic of me! 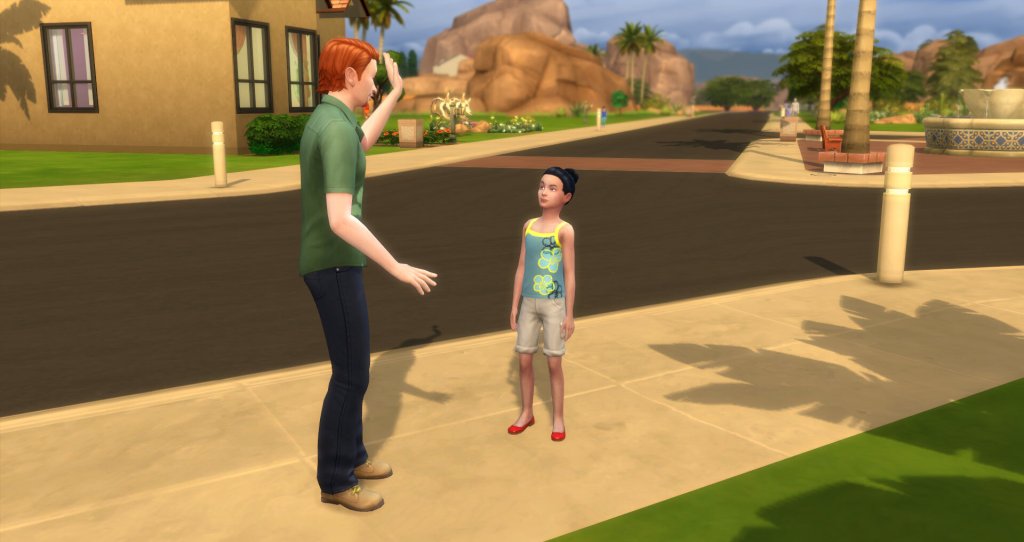 He took a pic of this angry girl then…

At this point he had already taken 2 or 3 pics of kids.  He was about to take a pic of this blonde girl when I noticed all of them swarming the neighborhood.  I decided to try to make the bulk of the scavenger pics of kids.  I can’t do them all because one is makeup sadly cuz that would have been cool.

This was funny.  It looks like a toddler crying over a broken car!  It’s a sad painting from the evil girl.

Sad went away and he needed more emotional paintings so I sent him digging looking for a my sims trophy.  They have a playful aura.  He got confident from digging it up so that was good enough.

The next day Trey got promoted to level 4.

Then I got them this trait instead of saving up for Carefree.

These two are entertaining to watch even if they do slow the speed down. 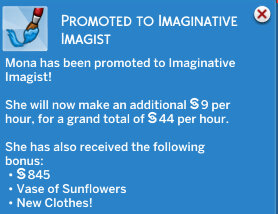 Mona got promoted to level 6.

Mona had to go wake him up and bring him back to the house to ask him to woohoo after work.  Geeze Colin!

It took so long to get her needs up that day she was painting after dark. 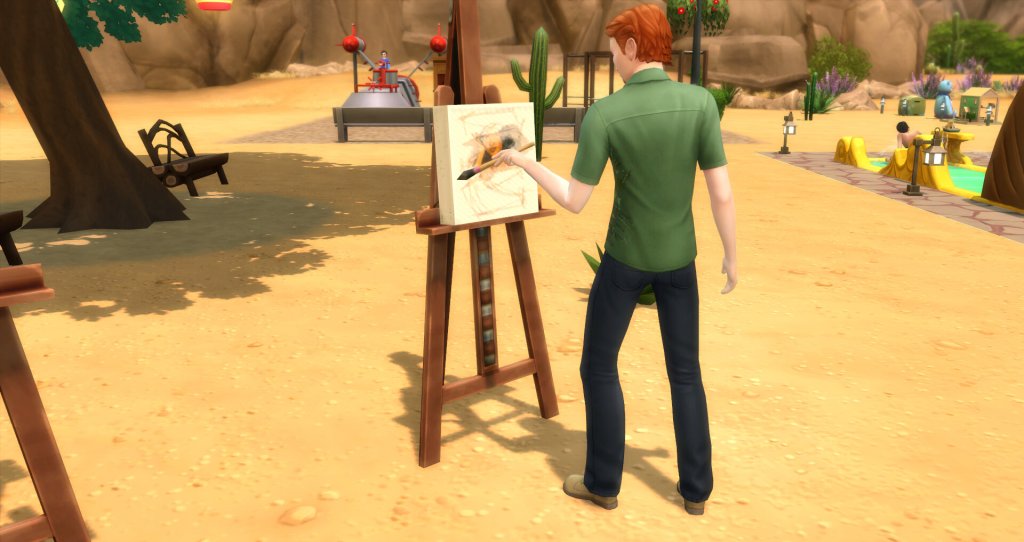 Trey had the day off so he went to the park to paint while I scanned the sims there to see if there were any good to take pics of.  So far none of the sims seem to be wearing makeup which is weird.

Tesla ran by.  My girl’s an elder. 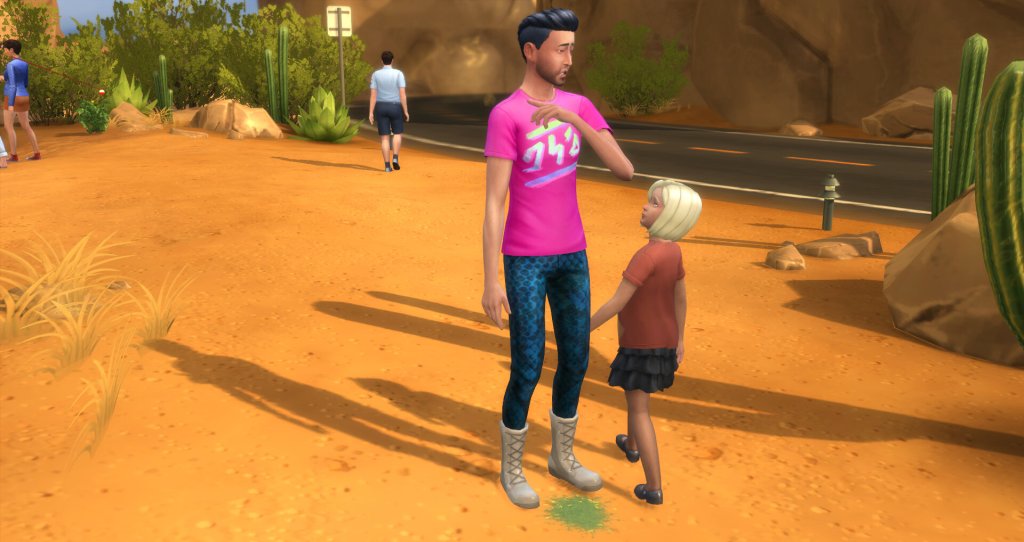 This was disgusting!  Trey was trying to get some kid’s picture and I saw this guy in the background throw up!  What the heck?  Side note: I’m pretty sure this guy is the dad of one of the sims I moved in my failed house 006!

Dude!  You’re standing in front of her!  How can you not find her to take a pic?  Now that I look at it I wonder if it’s that grass behind him?  Another Side note:  I know for sure that dude with the black hair is the dad of one of them!

I must get a pic of you with your brown headwear kid! 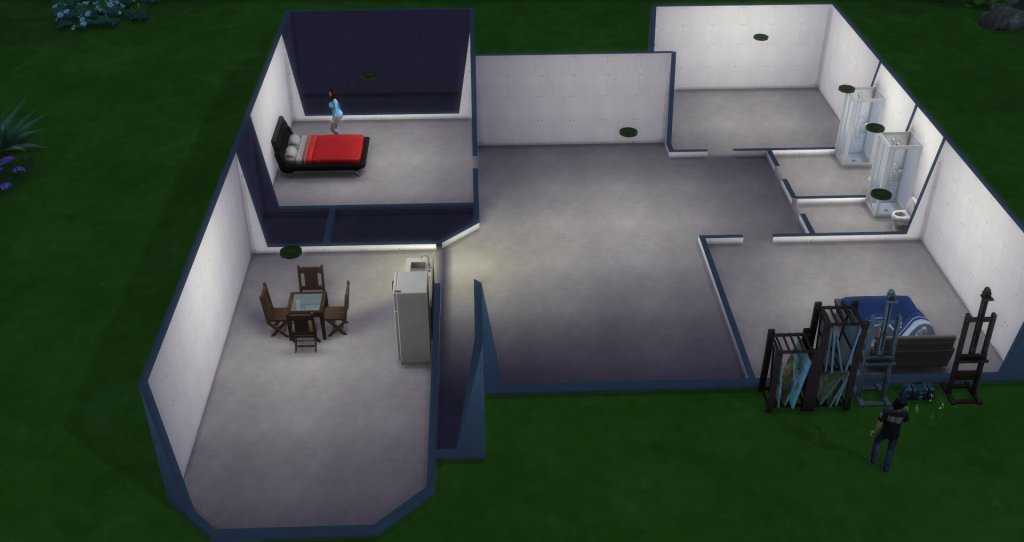 Back home I decided to do some more building.  The shell of the house is almost done.  The studio/playroom isn’t on there.  This house is going to be so big!  I’d make it smaller but it doesn’t make sense with the size of the lot.  I’ll fill it up with something.

Mona!  You’re just a pain in the neck!

Everything in this house keeps breaking.  Way more often than usual so I’m thinking maybe the filthy house trait? Either that or I got so used to gnomes in the last house.

Trey got promoted to level 5!

I posted a pic of this painting on Twitter when I saw it while playing my Dynasty challenge and everyone wanted to know what type it was because it looks like a tombstone.  It’s a realism.  It doesn’t look pink, that’s just the sun. 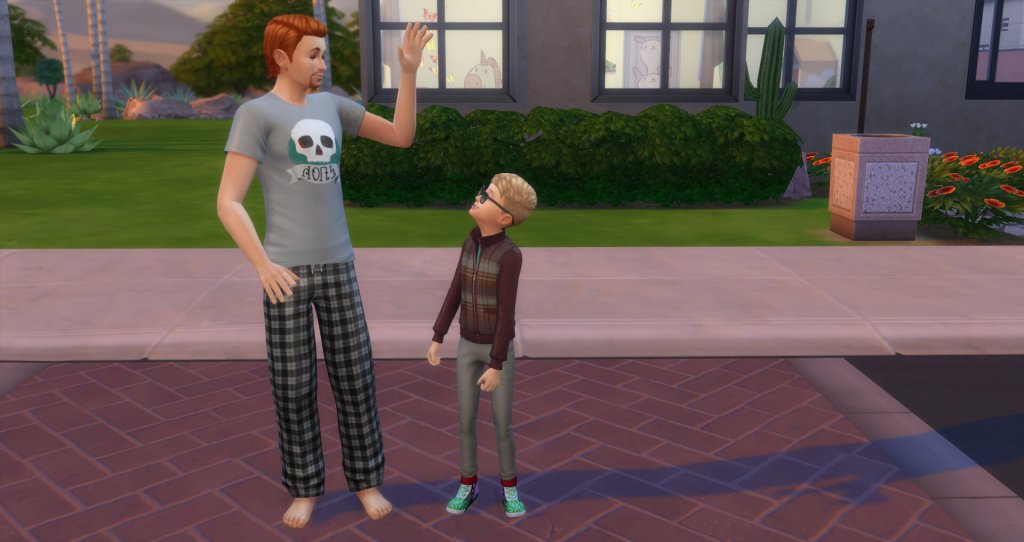 It’s totally not creepy at all that I’m chasing you down in my pajamas to take your picture kid!

Both Colin and Lilliana are level 3 dancing skill.  He’s getting his groove on!

Another side note from the future: I find it extremely ironic that I thought this lot and house were so huge!  Wait ’till the next one silly.