When Freya arrived at the art gallery to study art for her job she found her sister Aimee there.

The next task on her agenda was to spray some graffiti.

Then it’s back home to her family which have oddly converged in the master bathroom to chat.

With two garlic plants and a garlic braid, we still have a vamp standing at the door all night.  Most of the time when one leaves another takes their place shortly after. 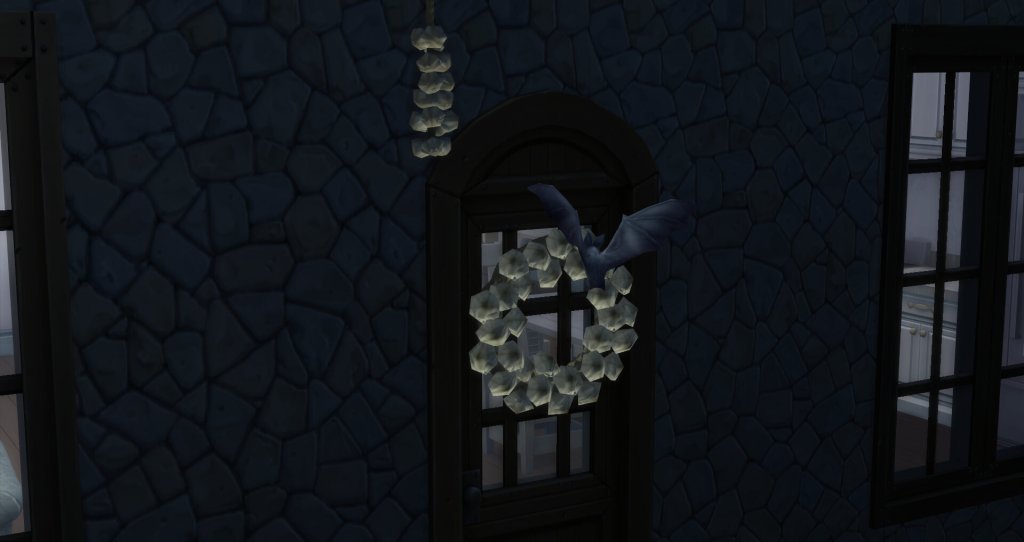 I stuck this garlic wreath here and she turned to a bat and disappeared.  I thought yay that really worked… no luck.  Another showed up within minutes. 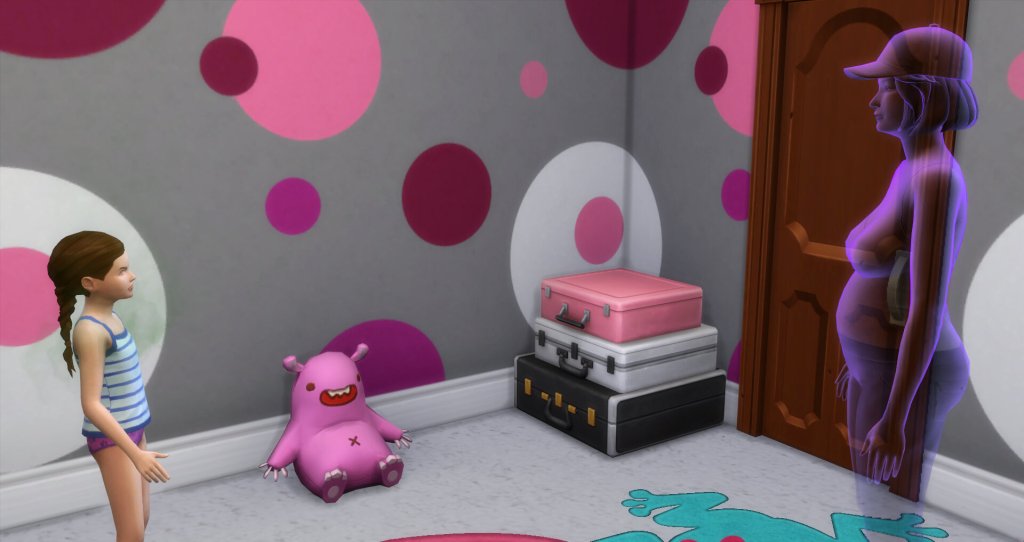 Some townie ghost showed up and woke Jane.  She was not amused… and really needed a shower. 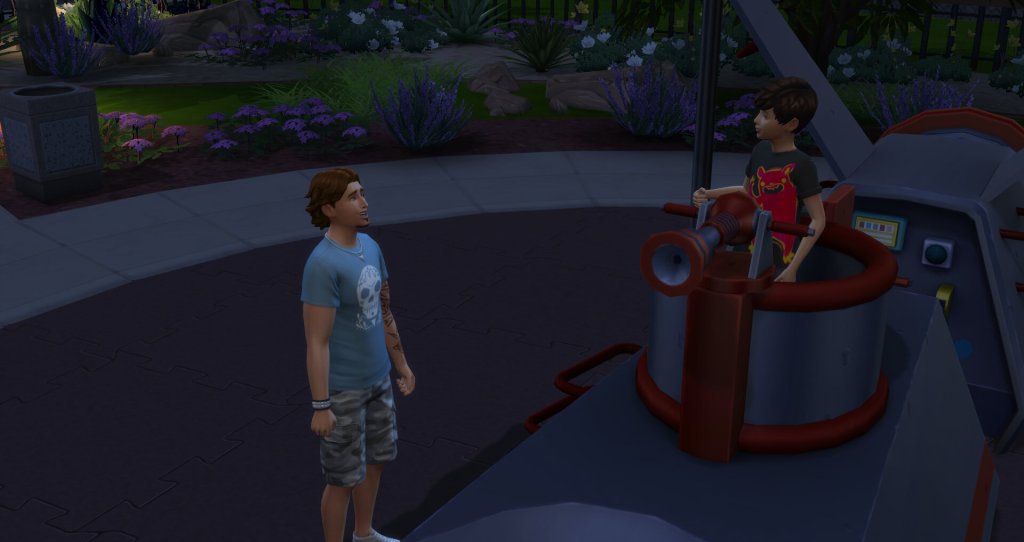 Levi and William hung out most of the night at the playground.

More additions to the master loft.  I really have no idea what else to put up there for them but it still seems a bit sparse to me. 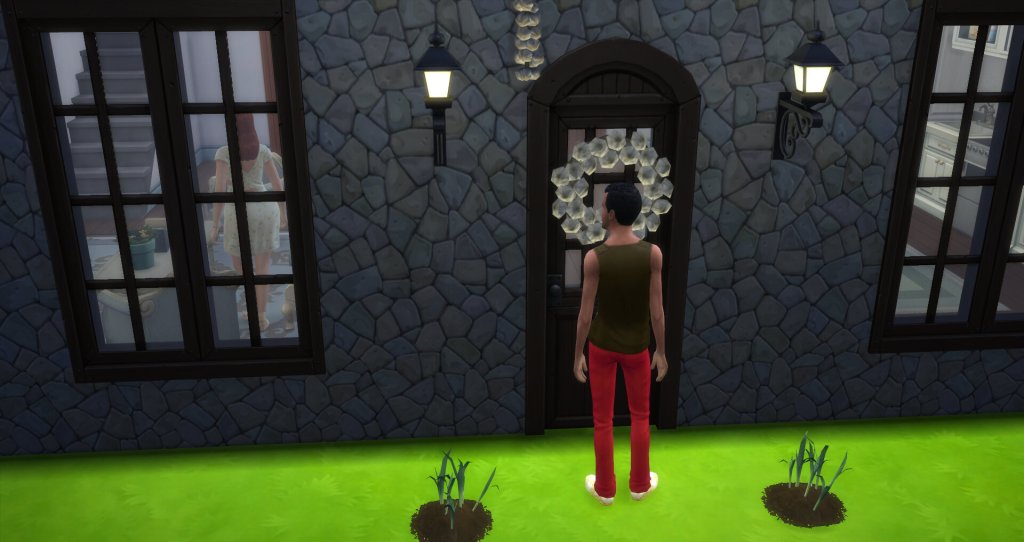 I really don’t know why this aggravates me so much.  I keep taking screenshots of it! 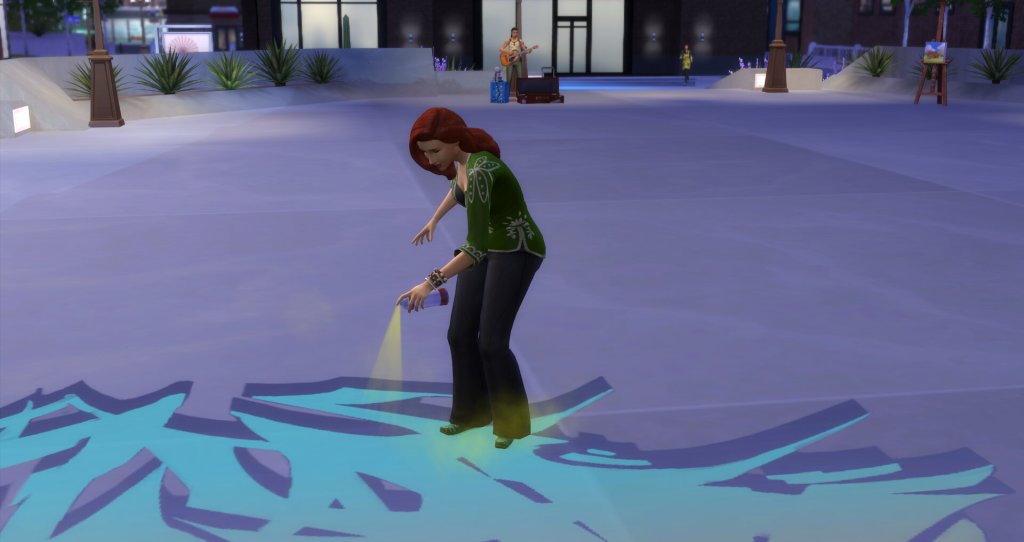 Back to spraying graffiti.  This job really isn’t turning out to be as fun as I’d expected.

More painting so that we can do more to the house.  I didn’t end up doing anything else to the house in this chapter, though. 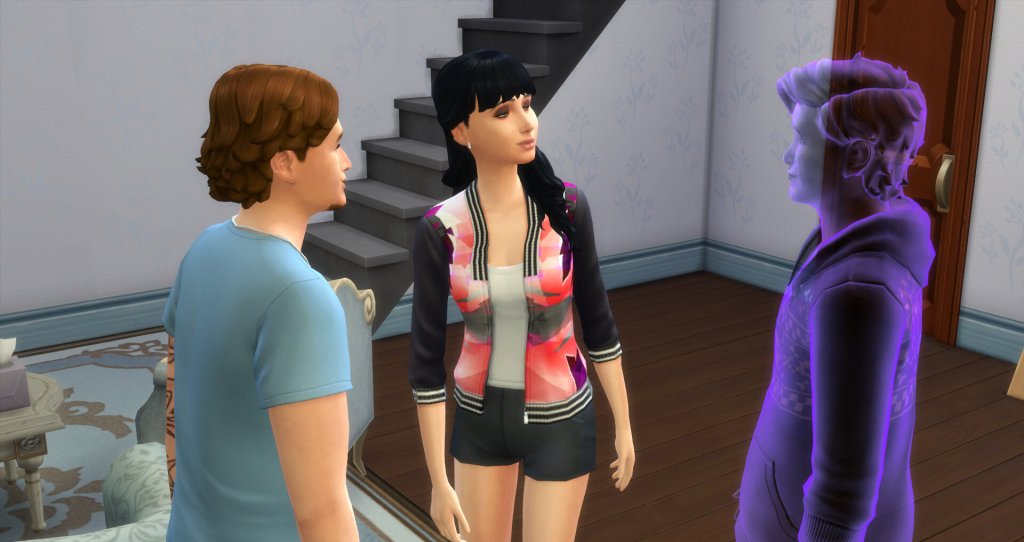 Aimee called to see if she could come over and then Ashton showed up and they had a nice chat.  Meanwhile, Freya and the kids were in bed.

Dangit!  I added another garlic braid to no avail!  What do I do?  This worked in my random legacy.  Note from the future: Right after this chapter I had a vampire break in the random legacy house!

I guess other ghosts from the haunted trait will show up when Ashton’s haunting. 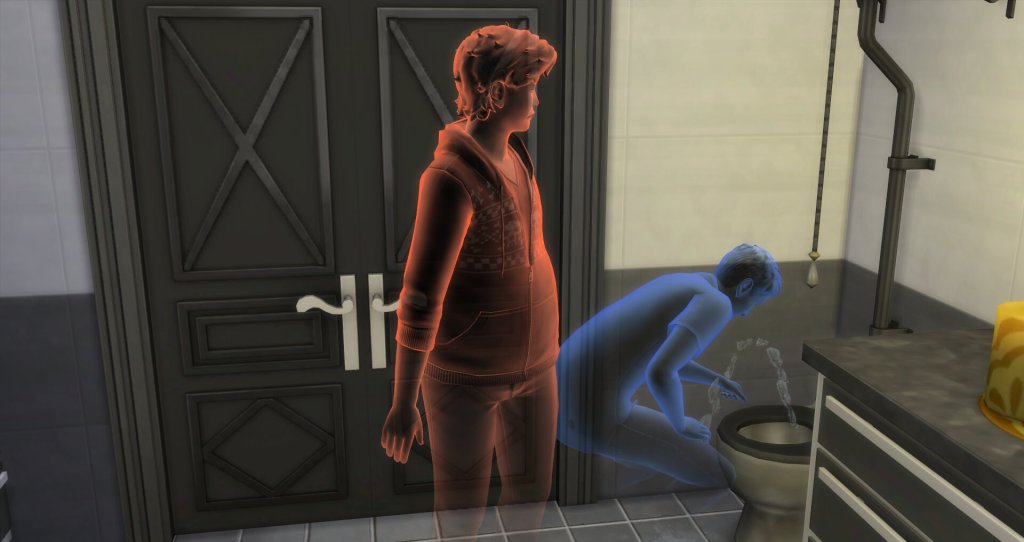 This had a major drawback as they both decided to break almost everything in the bathrooms.

I realized when the kids left for school that Levi was sleeping in Jane’s bed.  She must have slept with her mom or napped all night and I didn’t notice because I was preoccupied with ghosts.

It feels like having gremlins in my random legacy save all over again! 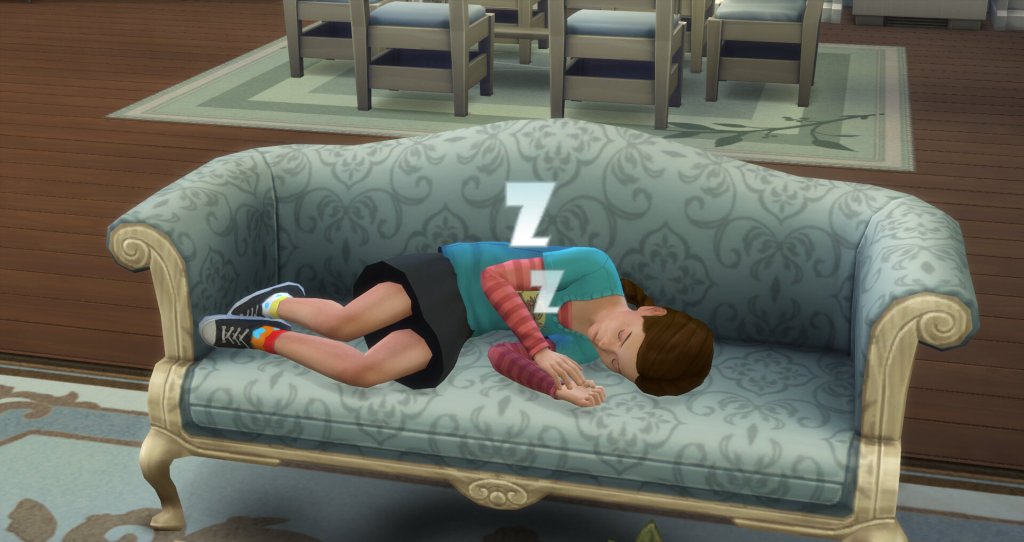 I think she did nap all night instead of sleeping.  She took several naps once she got home.  Just go to bed! 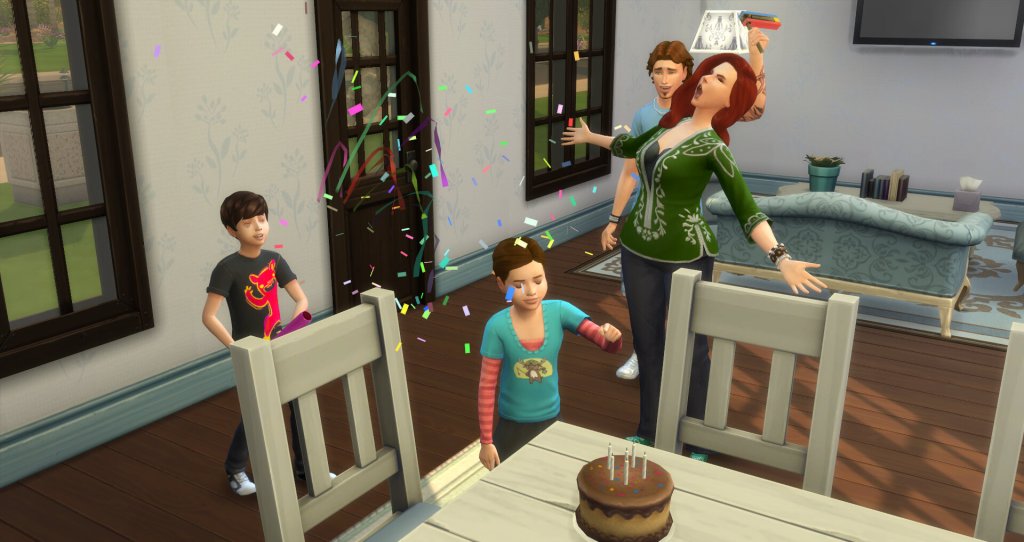 I had to wake her from a nap to go blow out her candles.  Happy birthday Jane! 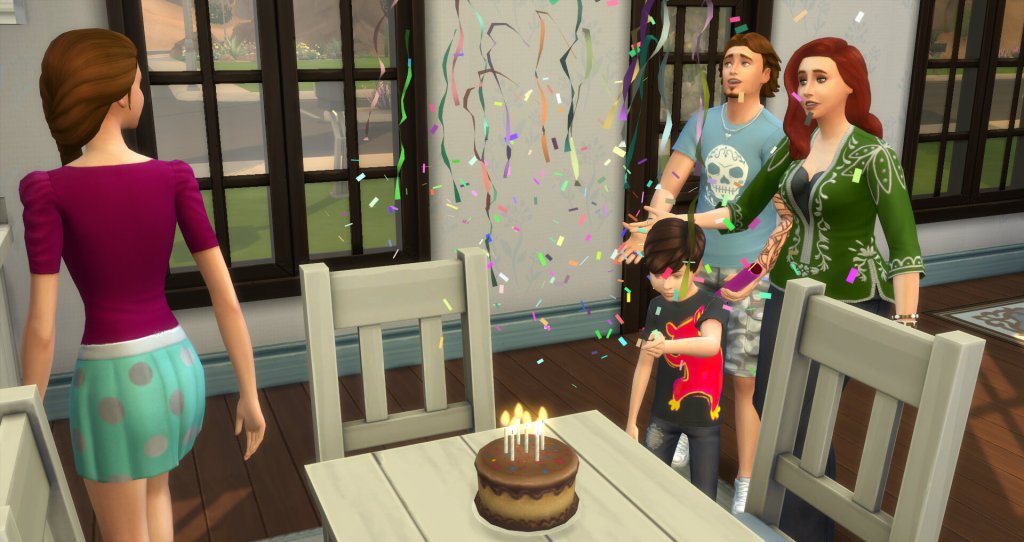 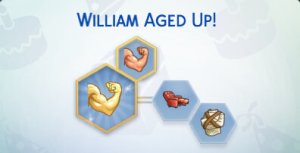 Yes, I cheated to get a pic.  Why’s William’s hair so much darker?  Weird.

The house value goal has been met for a while now but there are still some things I want to do here and there. They still need to go on one more date and that will be completed too.  Unless something exciting happens I expect the next chapter to be the last in this house.  More high-speeding fun.