My attempt at setting Hanna up with Jarrod the maid isn’t working.  I cheated and had her give him a tip figuring she’d continue talking to him.  She didn’t.  She had no social whims so it was a bust.  Maybe I should switch her to the Soulmate aspiration.  But she has the chef one now and gets cooking whims all of the time so I don’t know.

Jackie got another baby whim.  So annoying.

She had a whim to send an energized text and Maggie invited her to the gym.  They just stood there talking until the event ended. Boring. 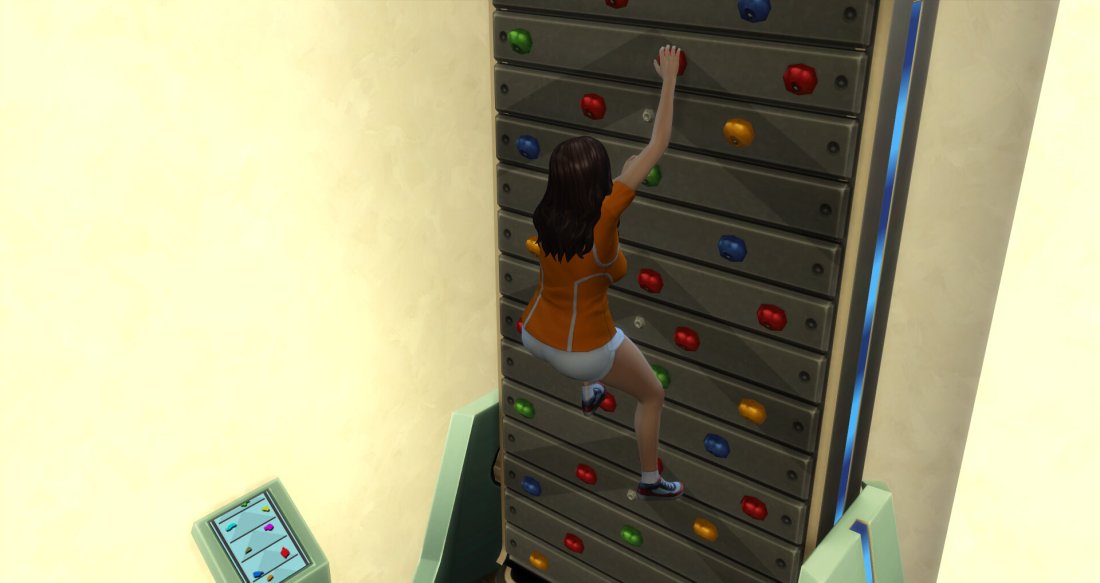 When she got home she wanted to be alone so I figured this would be a good opportunity to use the rock wall since they don’t get whims to use it.

She had a whim to chat with Jaxson and I had to look everywhere to find him.

After school, Jaiden didn’t go upstairs with his brothers.  He made a mess instead. 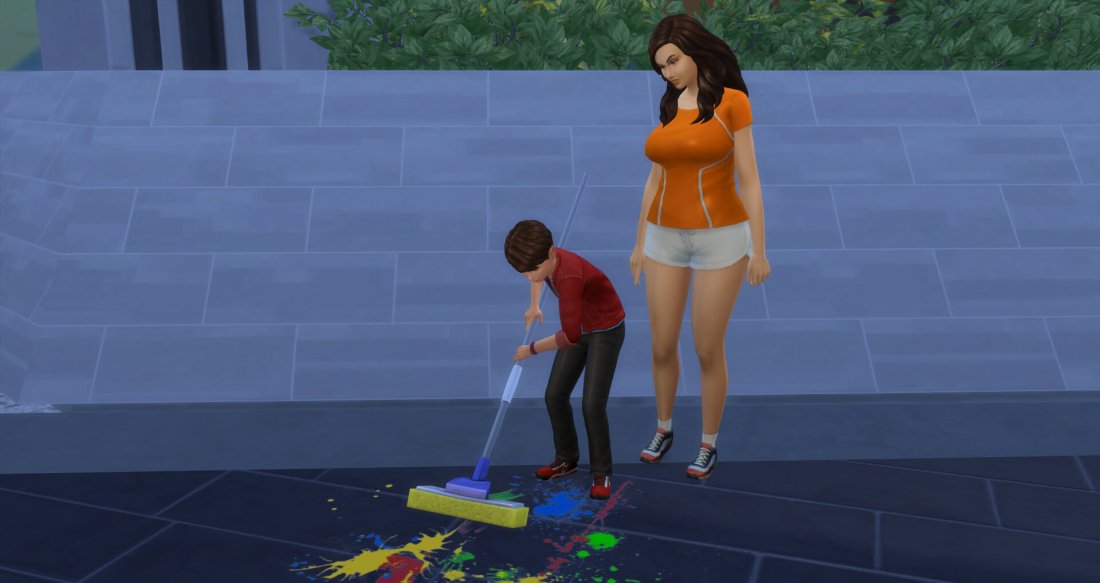 Jackie was right there near him so of course, he got disciplined and told to clean it up. 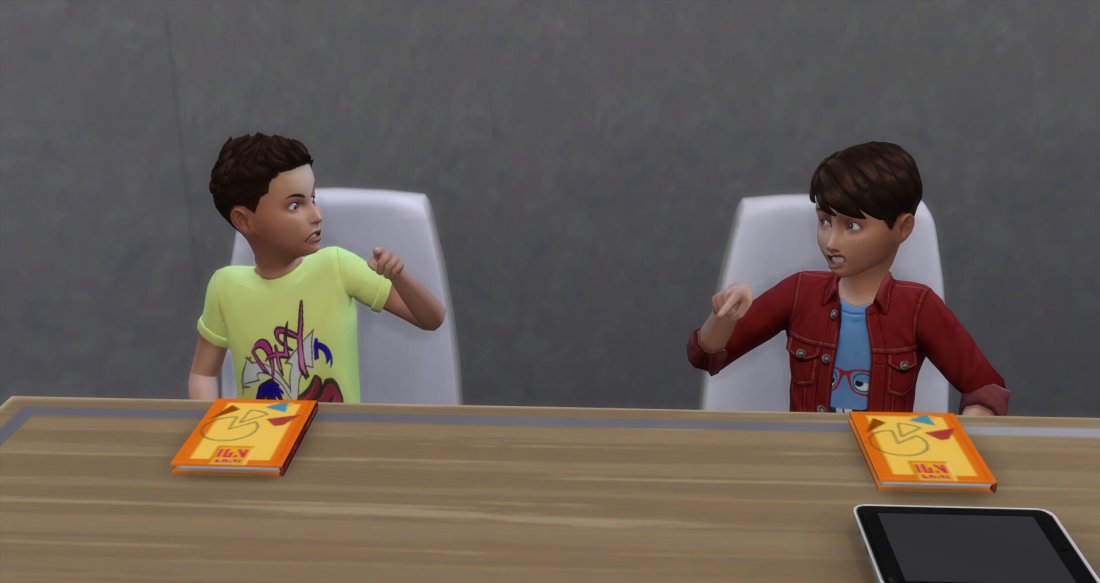 Kaeden and Jaiden arguing over something instead of doing homework.

Mom had a whim to help Quinten with his homework all darned day.

Uriel is at the apartment constantly.  Like he knocks on the door several times a day wanting to hang out.  Jaiden tells him some jokes.

Sims standing in front of the fridge is driving me nuts!  I keep having to cheat and make them sit down because nobody else can eat.

Everyone was in bed and Uriel was fixing a shower.

Then Khloe showed up to clean up after him.

At least someone cleans. 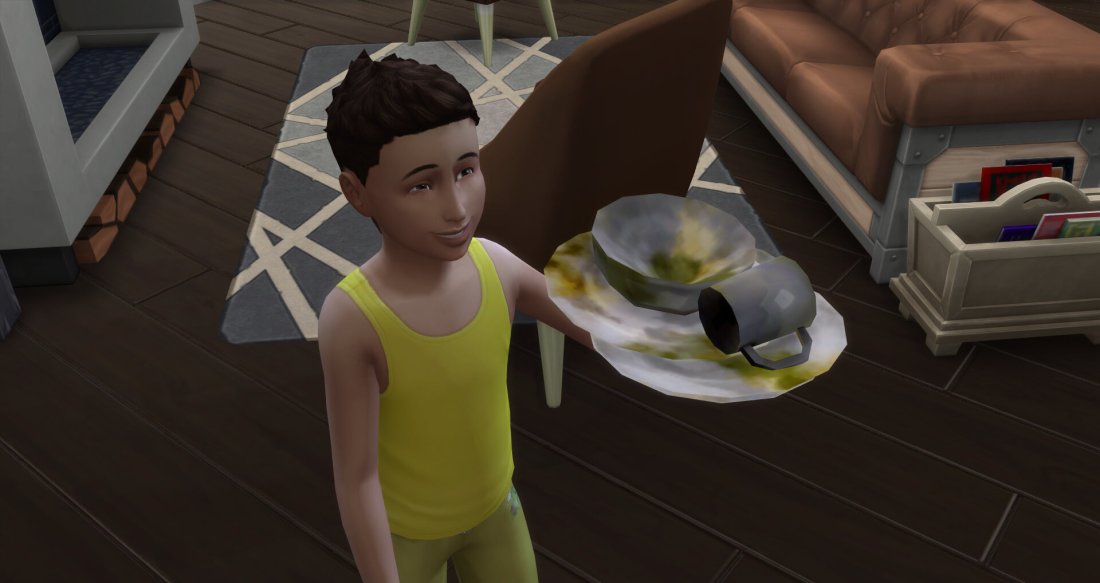 Awe.  Khloe must be rubbing off on little Kaeden. 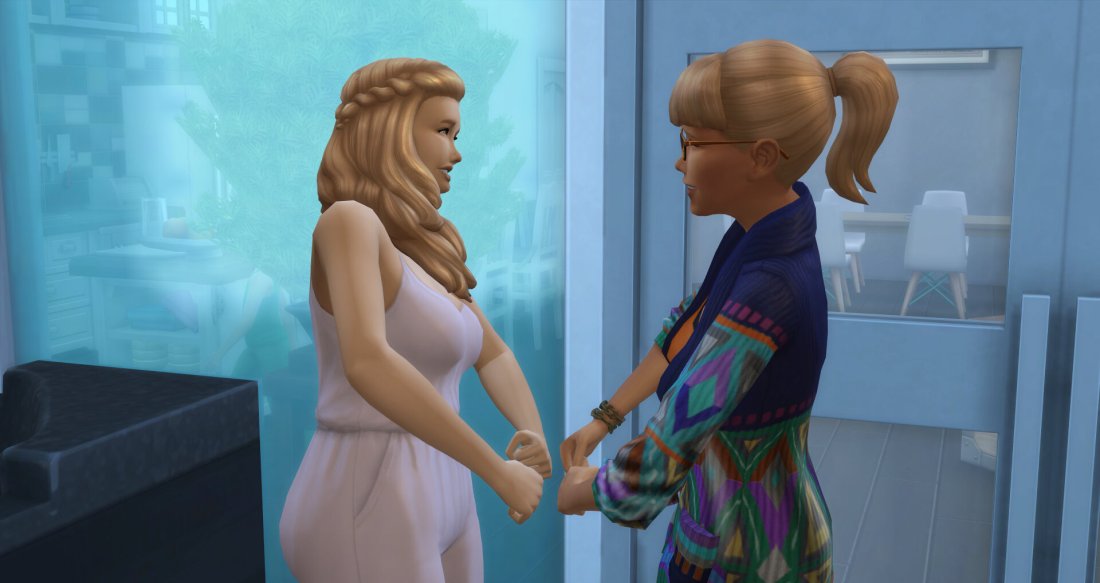 I was like what on earth are they doing out there?  Apparently, it’s a secret handshake?  No clue.

Jackie wanted to use a punching bag at the gym so she brought everyone along.

I guess Caleb is trying to slim down.  He looks totally evil here!

Nothing like having your wife strutting around in a towel eh?

After they got home I noticed this.  Who’d she flirt with?!

I guess she was still in the exercise mood because when they got home she wanted to do a dance workout. 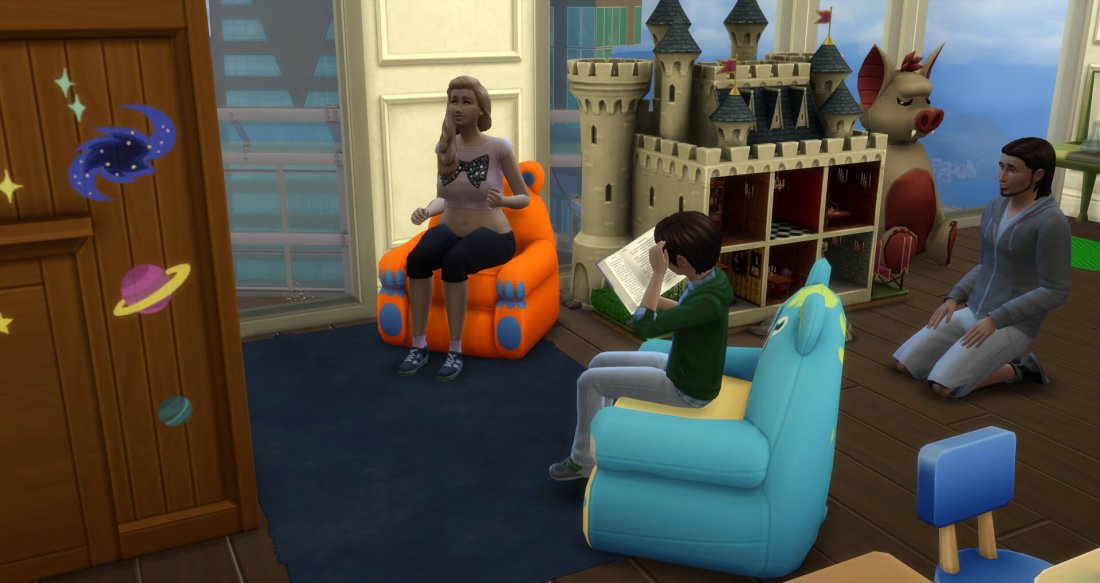 Hanna and Curtis watched Kaeden put on a puppet show while Quinten analyzed a book.

Uriel is at the apartment again and helps the boys with their homework.

Then he wakes everyone up that night playing loud music.  Don’t you get angry, you were the one playing the darned music!

Kaeden took his anger from being woken up out on poor Bearucla.

Both Quinten and Jaiden grabbed bowls of cereal before heading back to bed.  Tomorrow starts the weekend.  I’ll have to try to think of something fun for them to do.

Yea I know I know… it just ends.  Sorry guys I just lost interest.  You’d think it was the triplet toddlers that would have done me in but I think it was more the frustration of them not getting whims to do anything interesting.  Personally, I think this is better as a short challenge and not a legacy.