Thank goodness the park is here now.  Otherwise, I have no idea where Quinn would have gone!

She was hungry but had no food or money.  She found some mushrooms and ate a bunch of them to fill her up some. 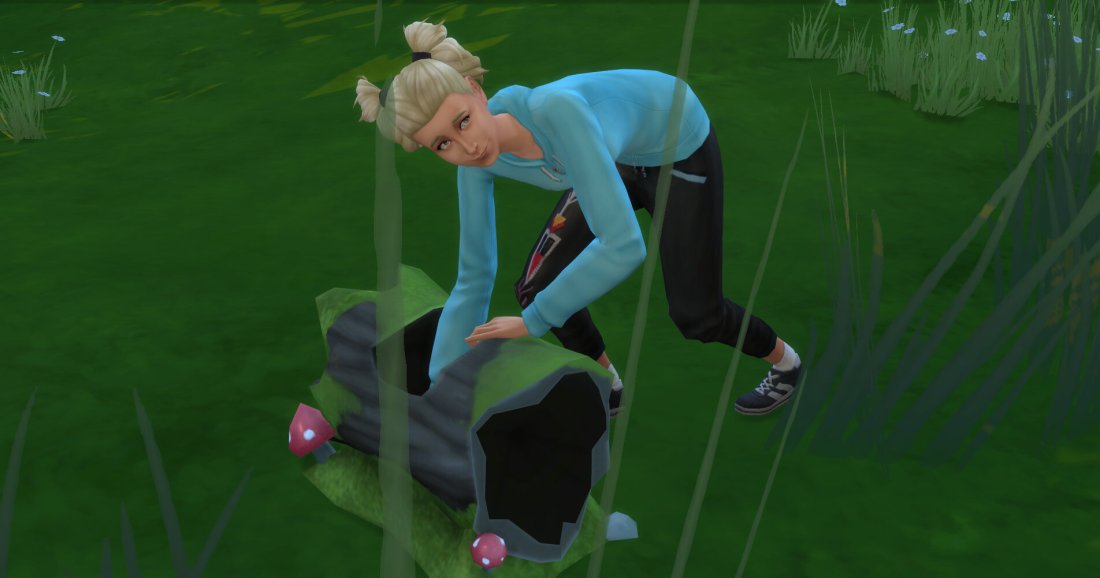 Then she saw a frog log and thought maybe she could get some money from selling some of those so she can buy a tent.

She also found some dig sites behind the Maledire’s lot.

I noticed Nico and Ace nearby.  Whatever they’re talking about it looks serious. 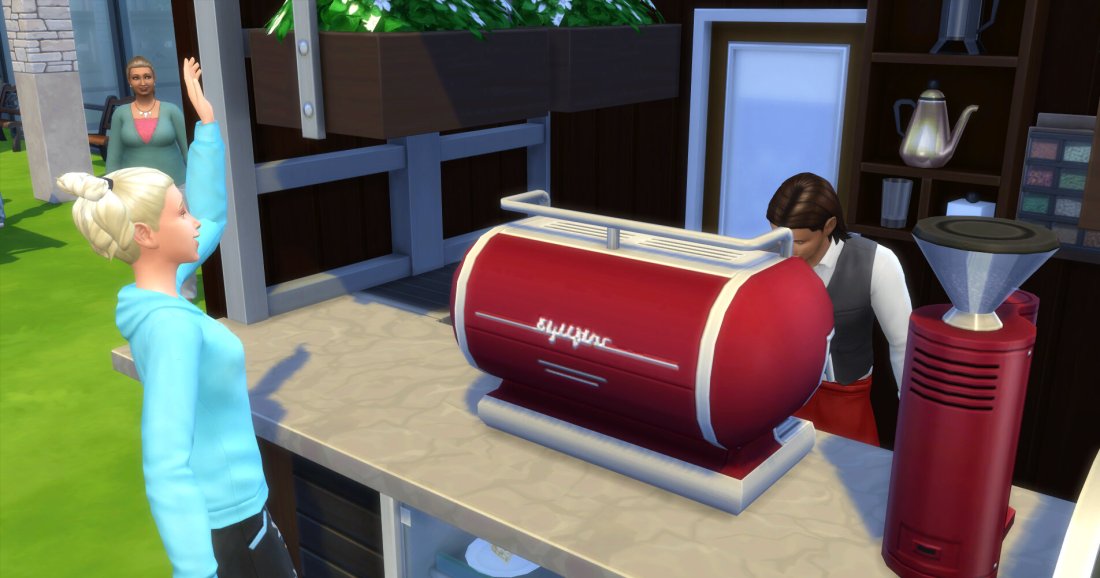 After selling all of her finds except some fruits and veggies to snack on she headed to the store.  She figured she’d splurge on a warm meal from the barista stand outside before going in.

It seems that Rieko noticed her digging near their lot.  She tells Quinn to stop by if she needs help.  Embarrassed, Quinn purchases the tent packs it in a duffle and quickly leaves.

Since she really should be in school she decides to hide out in the library for awhile and read. 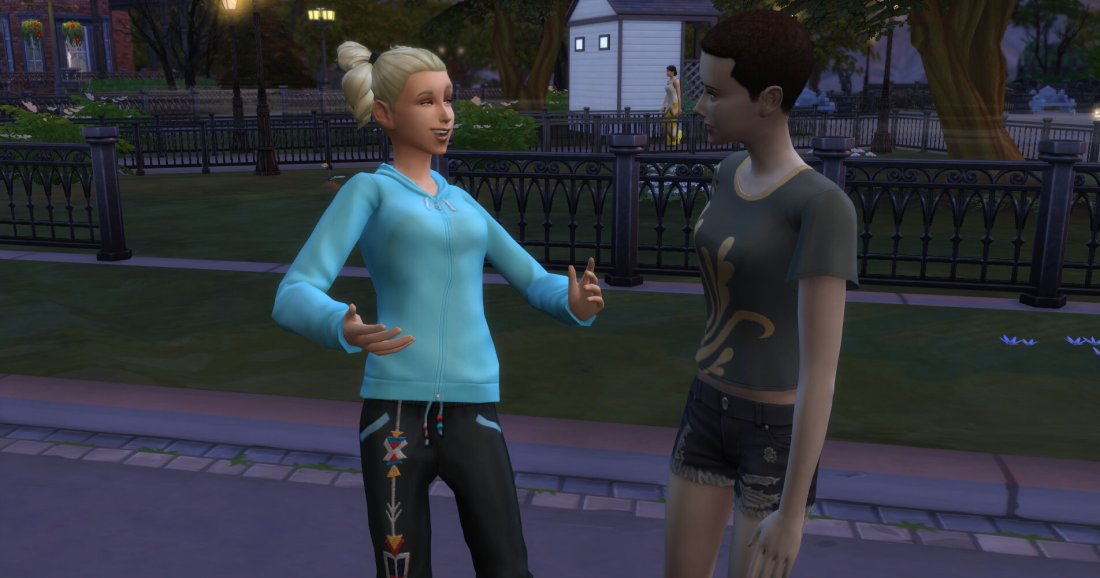 She soon grew restless and frustrated with the fact that there’s pretty much nowhere for her to go.  So she traveled to Forgotten Hollow to visit her friend Mara Darkstone.

Mara’s half-brother Adolfo joined them in the living room while her uncle Caleb went out back for a swim.

And then everyone headed upstairs to a bedroom to watch a zombie movie.  Quinn took advantage of their distraction to grab something from the fridge.  They won’t mind, right?  They’re vampires after-all. 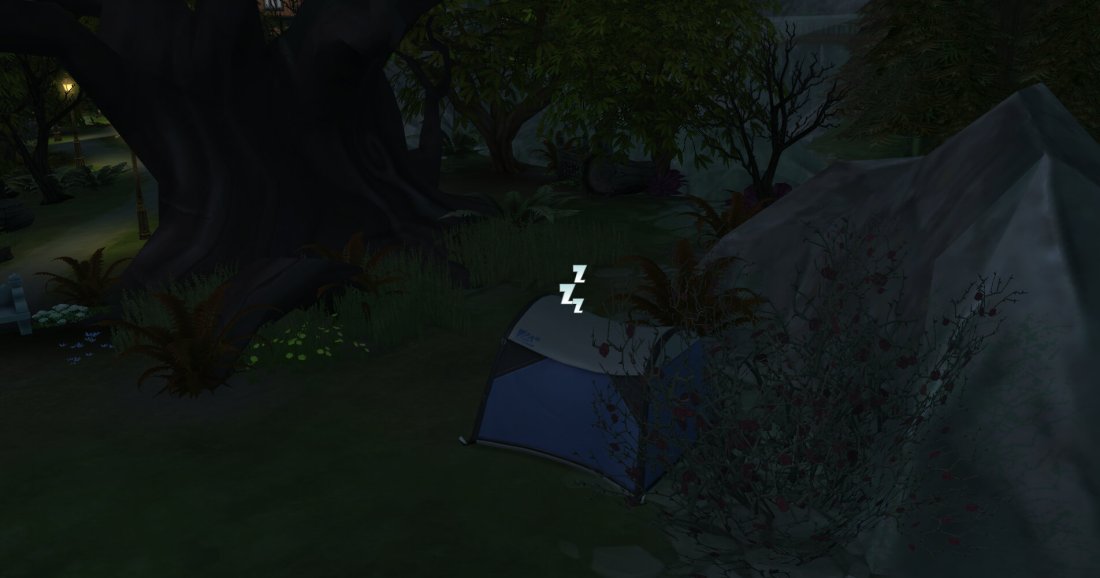 Too tired to travel back to Windenburg, Quinn sets up her tent in Forgotten Hollow and is quickly asleep.

But she wakes up starving.  That snack at the Vatore’s house wasn’t very filling.

She travels back to the park but nobody seems to have been around to cook so she decides to try for herself with some of the fruits she’d saved from the day before. 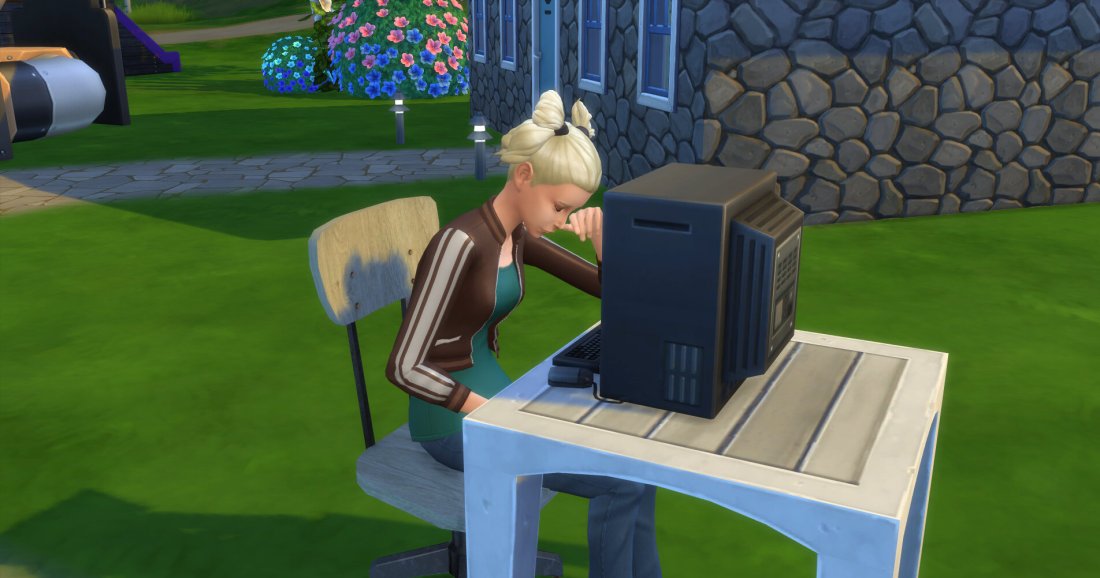 After eating she goes on the computer and tries to play games but she feels lonely.  She wants to go to school with the other teens that she’s met but she’s embarrassed.  Seeing Mara’s family the night before has really hit home that she’s alone in the world now.

She tries distracting herself by attempting to catch some frogs but the slippery buggers keep getting away from her! 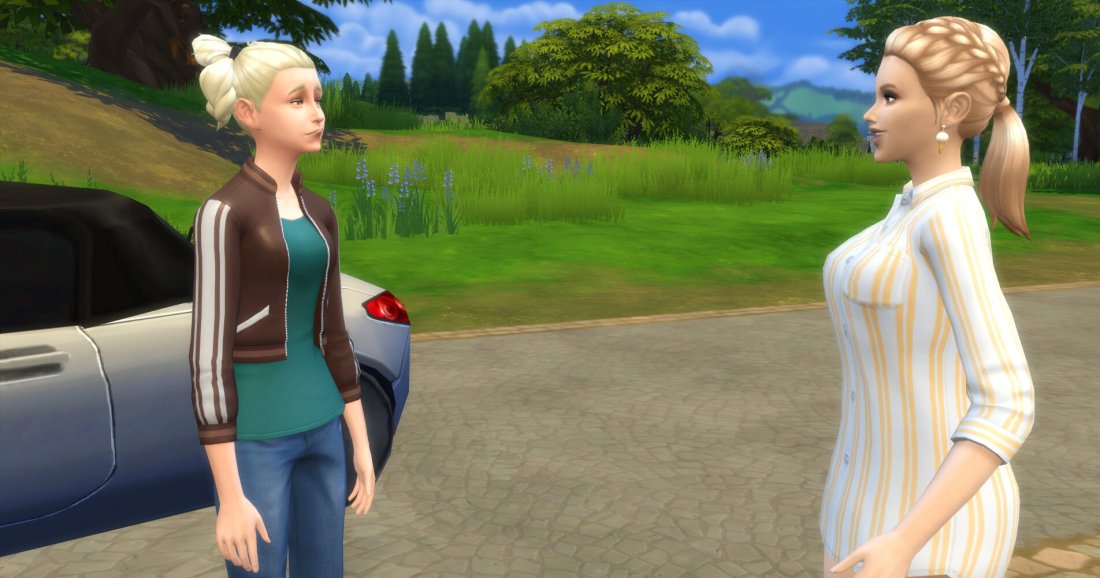 Paris Maledire sees her walking down the street and stops to ask how she’s doing and why she’s not at school with the other teens. Quinn just shrugs her off and walks away.

She figures nobody really goes to this place anymore so it’s worth the hike to be alone for awhile. 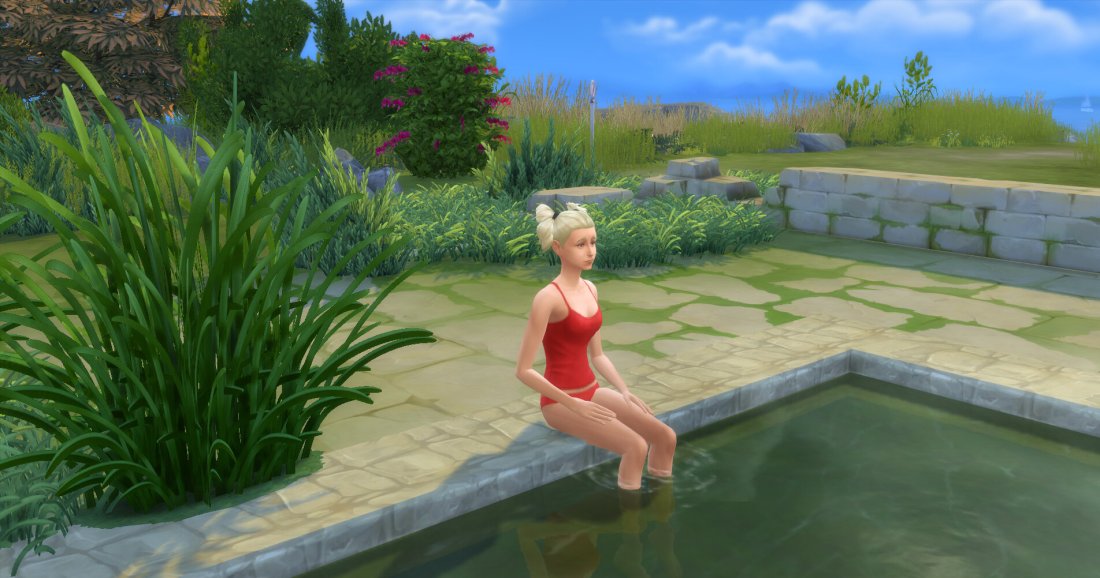 But after a few hours, she realizes she really doesn’t want to be alone. 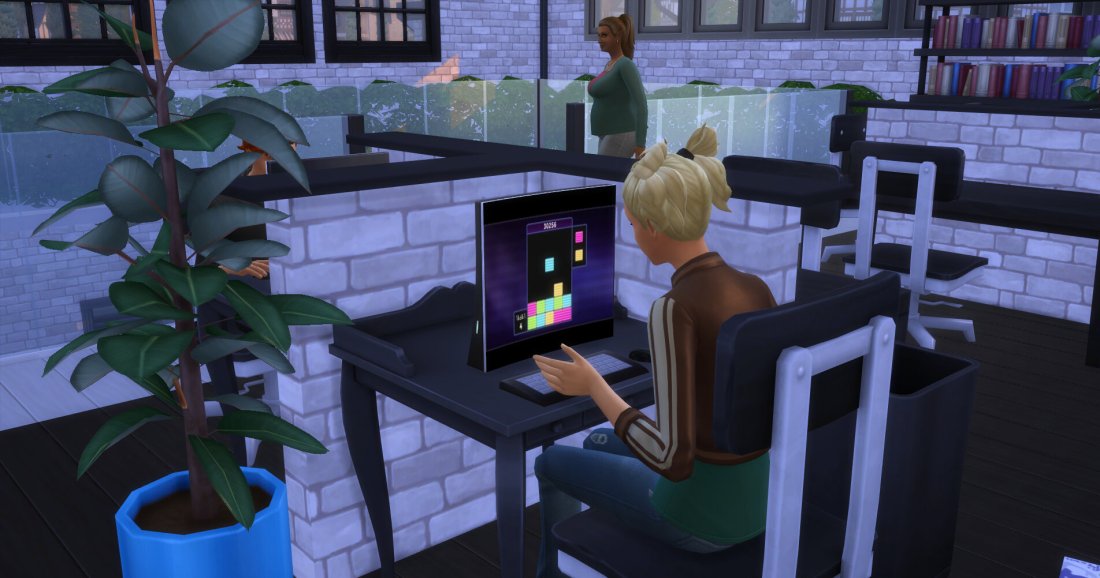 Since the other teens are finally out of school she heads back to the library to play some games.

Nico Morrison starts chatting with her trying to convince her again to ask his dad or someone for help.

Quinn’s just feeling so lost she has a hard time listening and after a few minutes Nico sighs and leaves her alone.

The idea of leftover fruit she’d grilled that morning doesn’t sound very appetizing but beggars can’t be choosers.  After a quick shower and potty break, she disappears into the night.

As she’s getting into her tent she thinks back to what Nico was trying to tell her and wonders if maybe a little humility couldn’t hurt.

Yes, this chapter is only 2 days.  Between the time I’d started Quinn’s turn and the last screenshot a few days real time had gone by and some changes are being made to the challenge rules.  So I figured I’d play with her long enough to get a decent chapter and move on to the Maledire’s.