To summarize the pics I removed because what was the point since it was a fail.  She crashed and burned at almost every attempt to catch any man’s interest.  I was having Jade Masters flashbacks now.

Back home, I realize that she didn’t check computer jobs.  No luck.  Her newspaper had been stolen that morning.  Yikes, those bills!  I’m not sure how long she has before the repo man shows up.

This morning she was waiting for the paper boy to show up but no luck in finding either of the allowed jobs.

I saw this guy walking by his name was Gilbert Jacquet.  They chatted for a while and he seemed pretty into her but her needs were terrible and she soon had to return inside.

But the guy never left!  It had been hours and he just walked around “looking for birds”  Suuure, we’re onto you buddy!  So, I sent her out.

She asked him on a date because why not?

I’m pretty sure he has a romance aspiration.  He rolled a fear over and over of marrying her!  Despite this, she got dream date.

Ohmygosh!  A giant fountain???  Whew, at least I can sell the roses.

Still short.  I sold a light.  Which was cheating but I was afraid of the repo!

I woke her up to pay the bills.

A stray dog was outside rolling in puddles and she greeted him.  His name is Bailey.  Perhaps he would make a proper huntin’ dog?

He followed her into the house and proceeded to start chewing up her bed!  Bad dog!

A/N: And thus you see my first and worst mistake.  I didn’t even think to look and see if I can lock the doors to prevent pets from coming in and wreaking destruction.  *cry*

She next met this goofy-looking dog who I’m mostly making note here because I’d still like to adopt her if I see her again with my new sim.

Another one of the funny-looking dog from when I started the game back up the next day.  Add a little humor to the tragedy I suppose.

She met this guy who was walking by as she talked to the dog.  She invited him on a date and they went to the coffee shop.  It was a dream date.

While on the coffee shop date she met this guy who ended up being married.

After meeting several more guys at other lots who seemed to not have any interest in her she started chatting up women.  It was worse.

And this, my friends, is what led to the untimely demise of Twyla Fae.  At some point, I have no idea when a stray dog destroyed her bed! 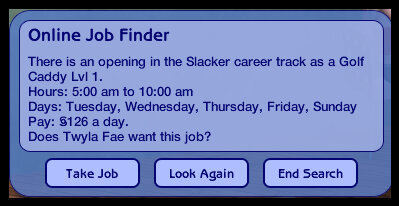 She did get a job and so I was hopeful.

My no-bed strategy was simple… have as many dream dates as possible.  The married guy had seemed interested and she was desperate.

Whew!  Just in time for work. 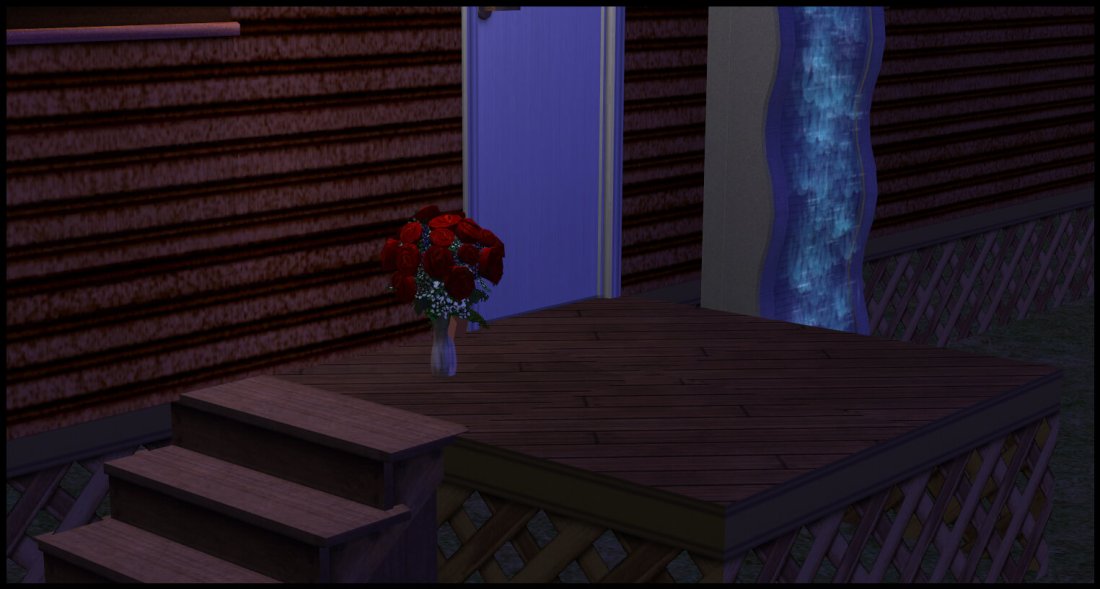 I figured she’d just need a bunch of these plus the job and she’d have a new bed in no time.

But then her tub broke!  And she started passing out from exhaustion which made her uncomfortable.  She couldn’t fix the tub because she was too uncomfortable and/or tired. 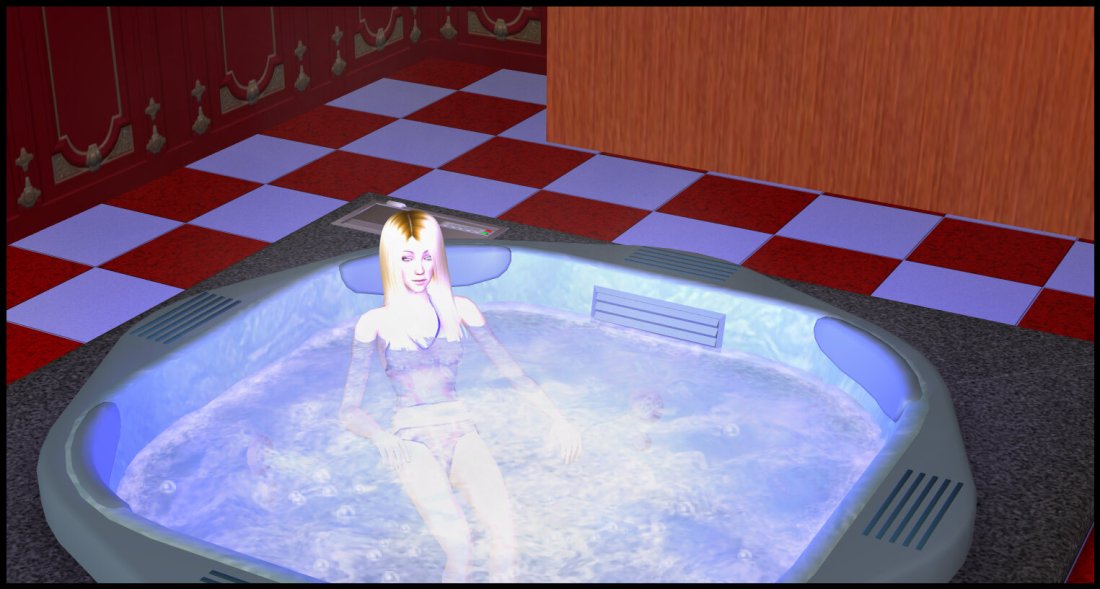 Around this point, I remembered that in my Poverty Challenge I’d gotten an outdoor lounge chair and my sim had slept in that for a while.  I knew this shopping center had a pool so assumed they would have them… no they didn’t.  But they had a hot tub so she was able to get her comfort up.

I took a lot of screenshots of her passed out.  I kept a few of them just to show y’all how bad this really was.

The car came for work and she almost missed it because I couldn’t get her to wake up.  I think I’d sent her out to pay the bills or something.

She returned home from work and promptly passed out again.  At least she had enough money for the lounger.  I’ll end here.  I can’t believe I’m spending 3 posts on a fail.  If you’re wondering why I didn’t cheat it’s because I really kept thinking I’d pull through in the end and I was very challenge-minded at the time.