A/N: The awesome part of the following series of dream dates?  She barely has to worry about her needs! 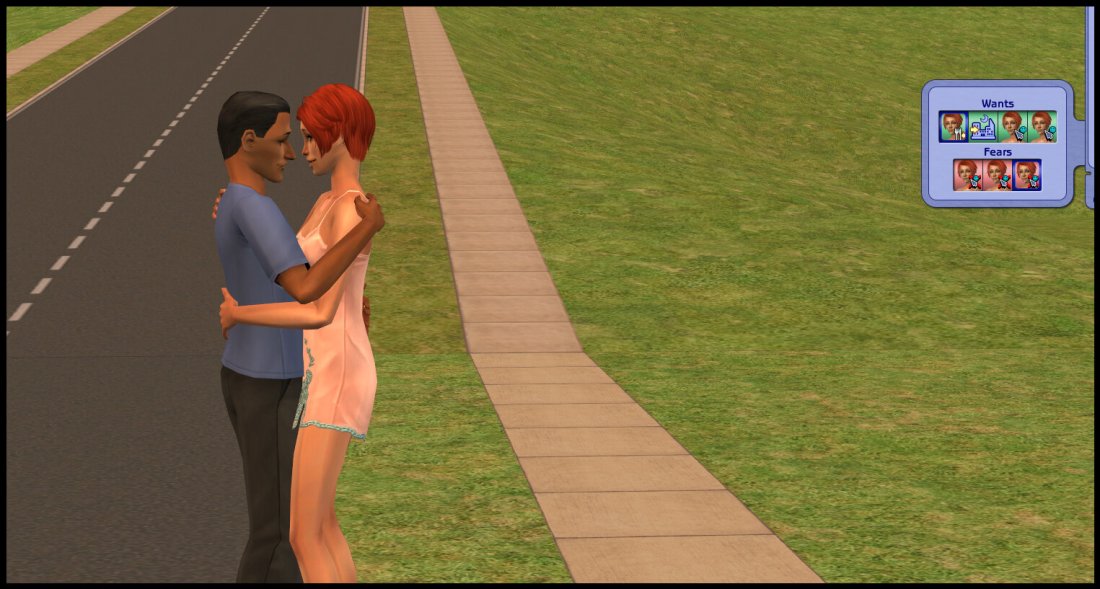 Picking up where we left off, Neoma flagged down this guy walking by the house, had a dream date with him, and got woohoo number two. 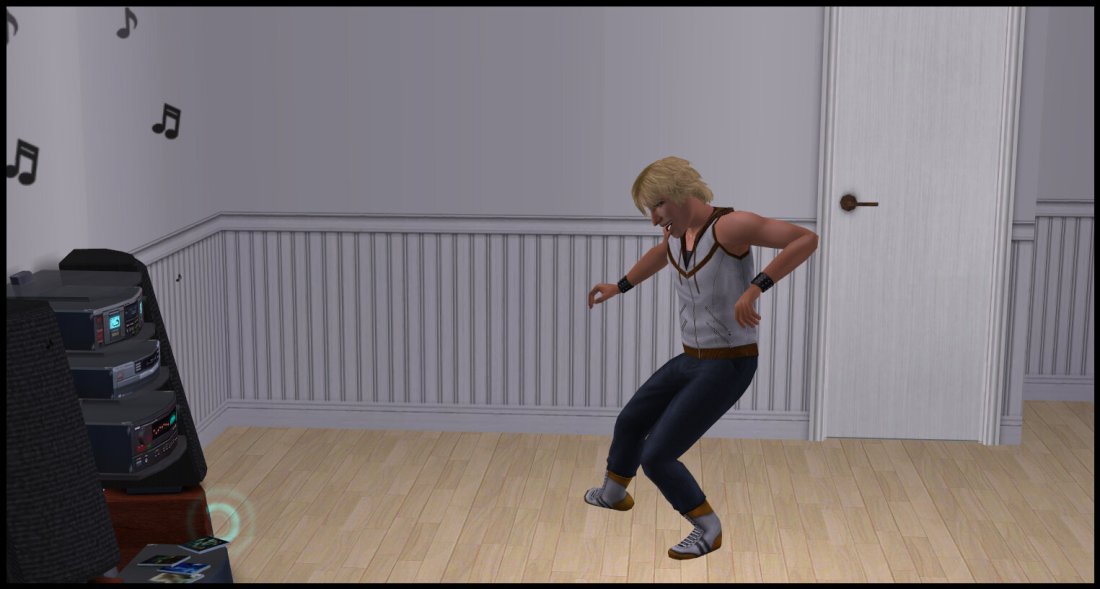 This guy came home from work with her that night and while she got her needs up he danced to the new stereo. 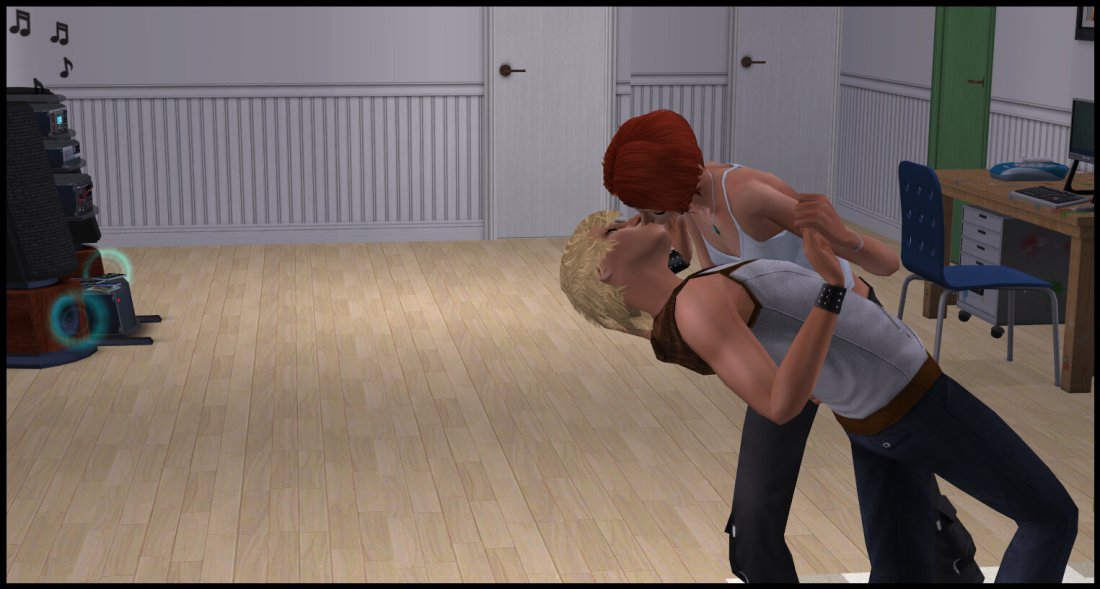 I was looking through the sims she knows and had her call this guy over for a date not realizing he was not blonde but elder.  Oh well, I’m sure he enjoyed himself.  Another dream date and woohoo number four.

I had her chat on the phone that night with some guy after work to get their relationship up enough to ask him on a date and he gave her a TV to “sample” so cool! 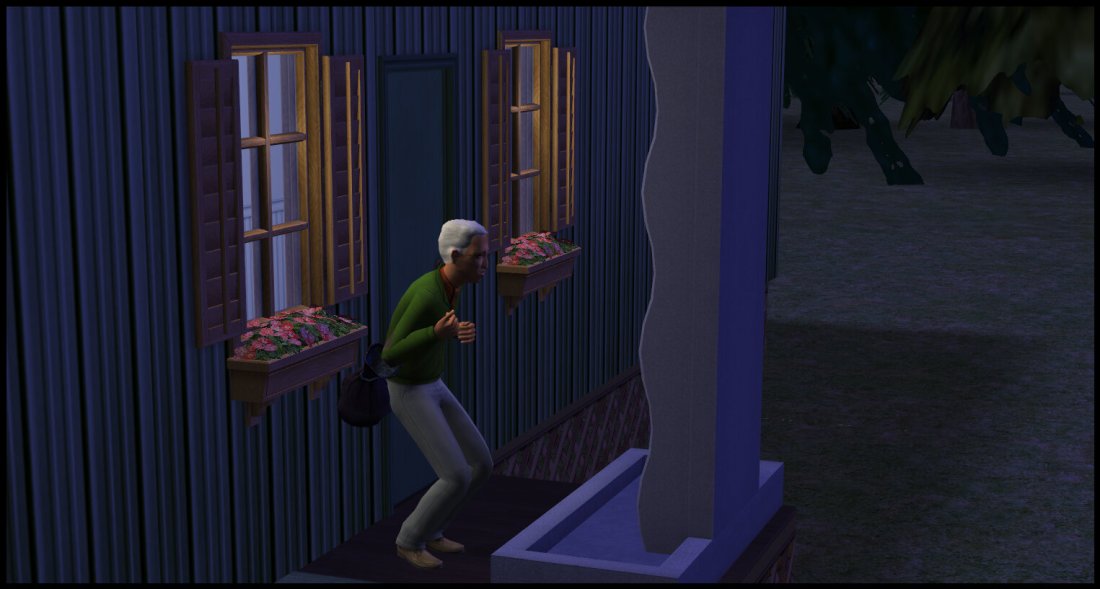 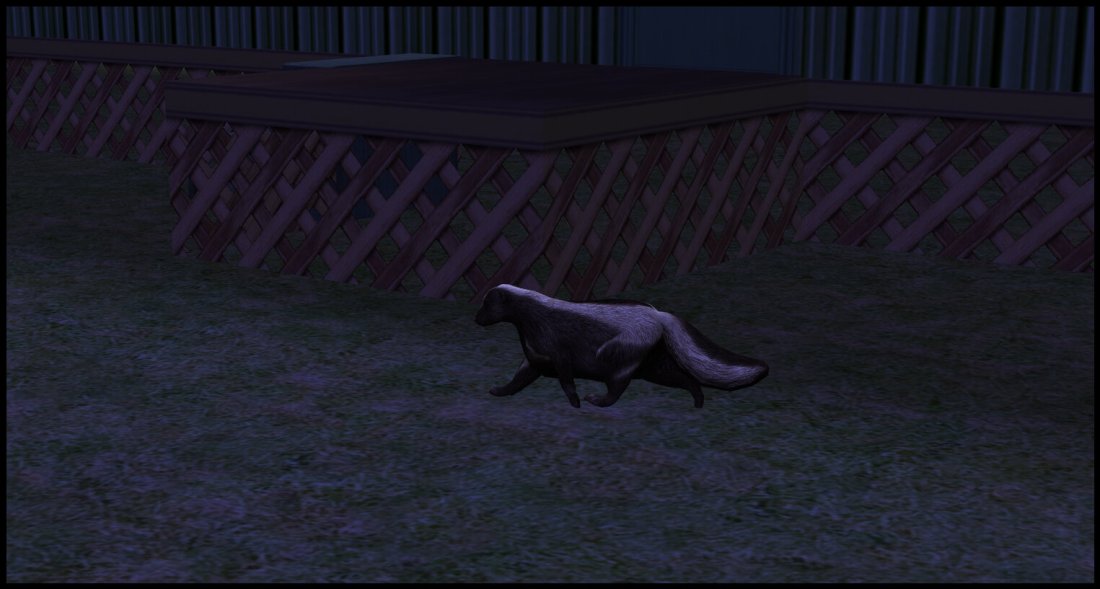 A pause in the date-woohoo marathon to watch a skunk wander the yard. 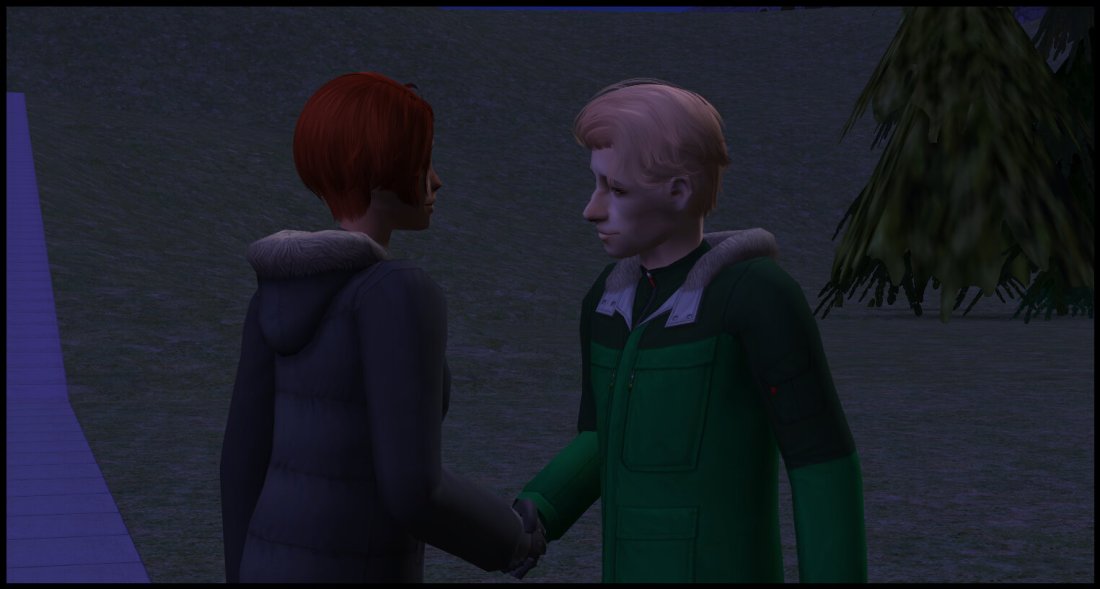 It was late at night and I saw this guy walking past the house.  After meeting her he said it was late and left.  How rude!  She called in the morning and asked for a date and he said no!  Doubly rude. 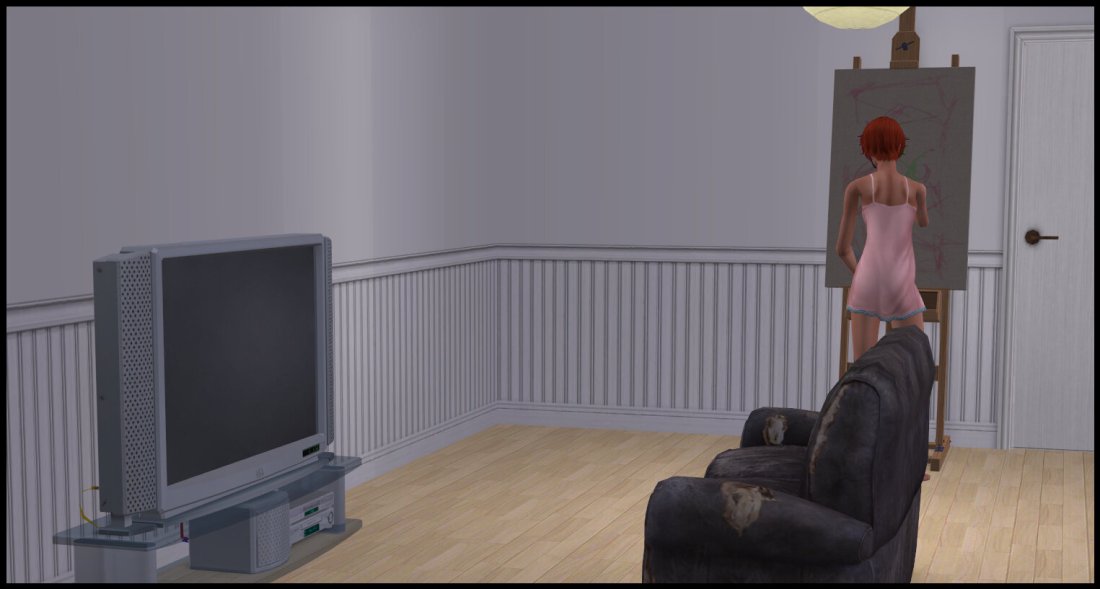 While waiting for it to be late enough to call people on the phone without them flipping out she painted on her new easel in hopes that a creativity point will secure another raise.  I also bought a “new” couch for TV viewing and moved the radio.

Back to the lucky cards place which seems to be lucky for her meeting guys she met yet another guy with the new hair!  Why am I suddenly seeing them everywhere???  They had a fun dream date and then she invited him back to her place for woohoo number five. 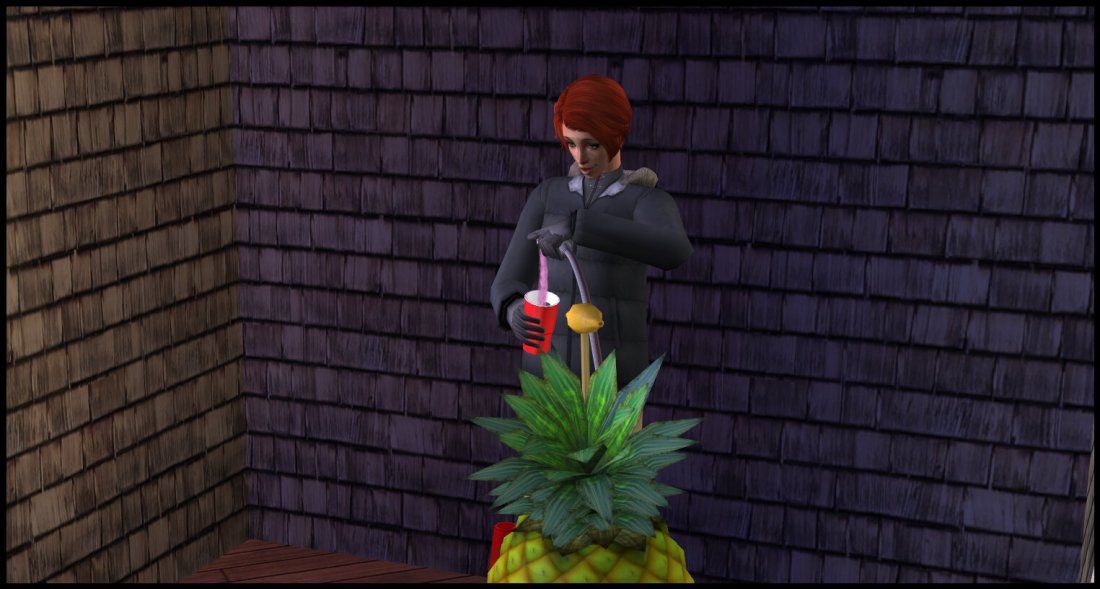 Back to the lucky cards place she had some juice from the pineapple keg outside.  Nothing says a good time like a red solo cup amiright? 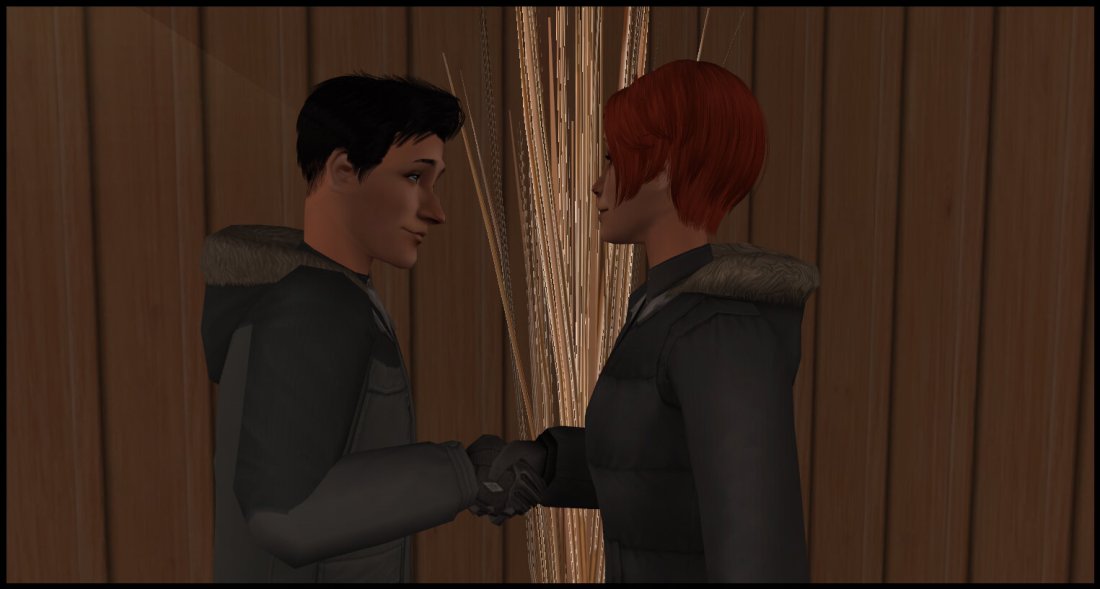 This date was super boring so no more screenshots.  Another one that almost every wish was something playful like “be tickled by Neoma.”  Ugh.  She did manage to sneak flirts between those and brought him home for woohoo number six.

She scored yet another promotion.  She shouldn’t get promoted higher than 4 if I keep her skills below the required level.  She also got a woohoo wish.  Have I mentioned yet I gave her Romance as her secondary aspiration? 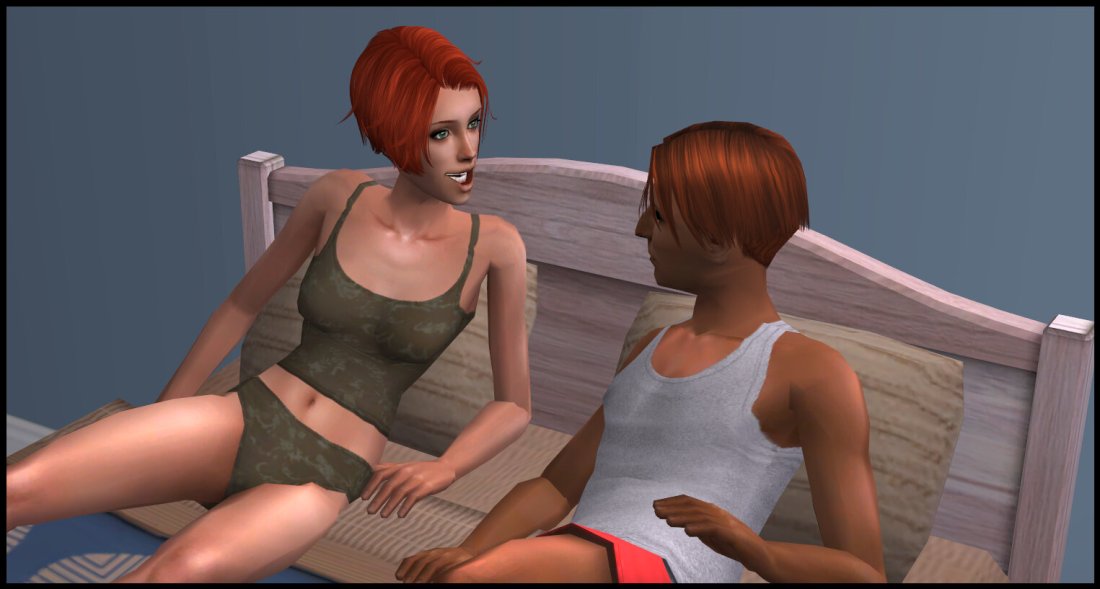 She called over another guy she’d met at some point for an at home date.  It’s easier than asking them back to her place. 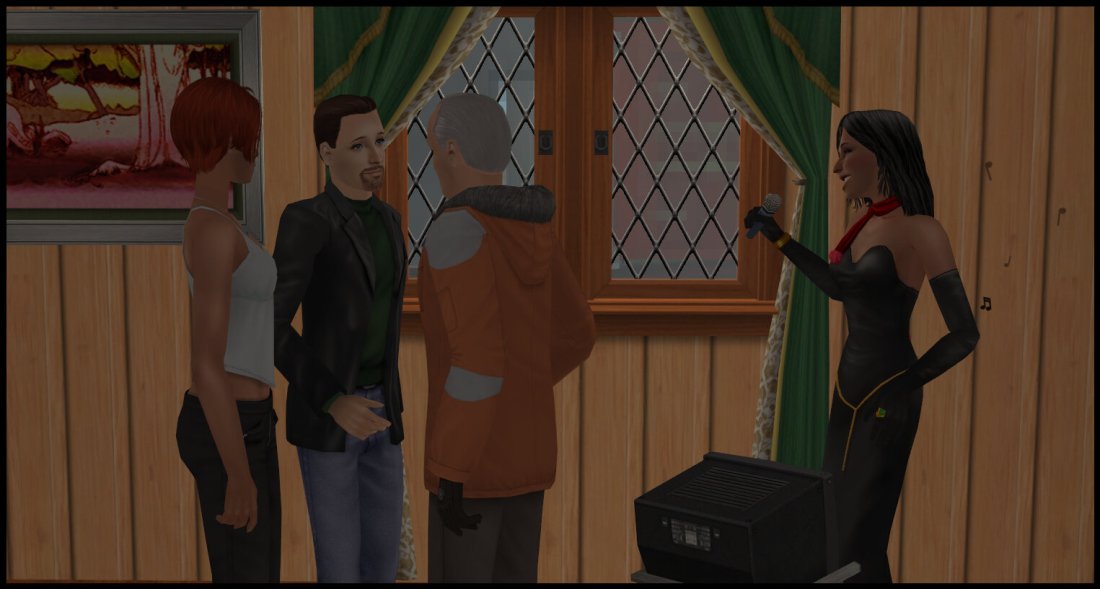 But she’s also running low on guys in her relationship panel that know her well enough to say yes so it’s back to the Lucky Shack.  This one is one that Twyla Fae had dated.  He was totally not interested and after trying to keep his attention for a while she just gave up.  I think the lady singing might be the diva but wasn’t interested enough to look it up. 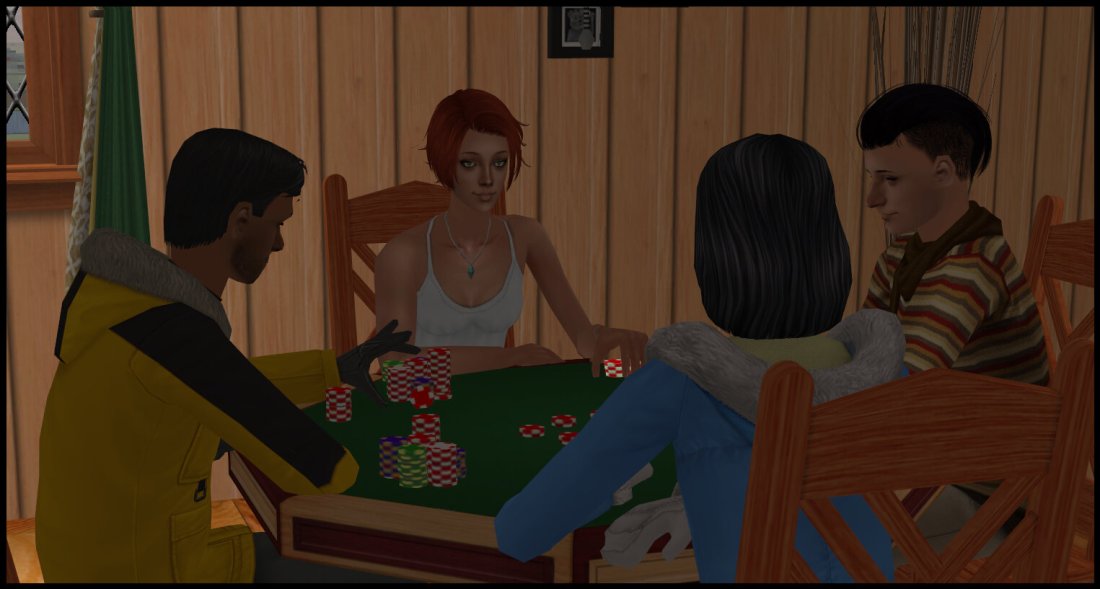 She played cards for a bit and then asked yellow jacket on a date.

I forgot about this.  No idea if it’s true. 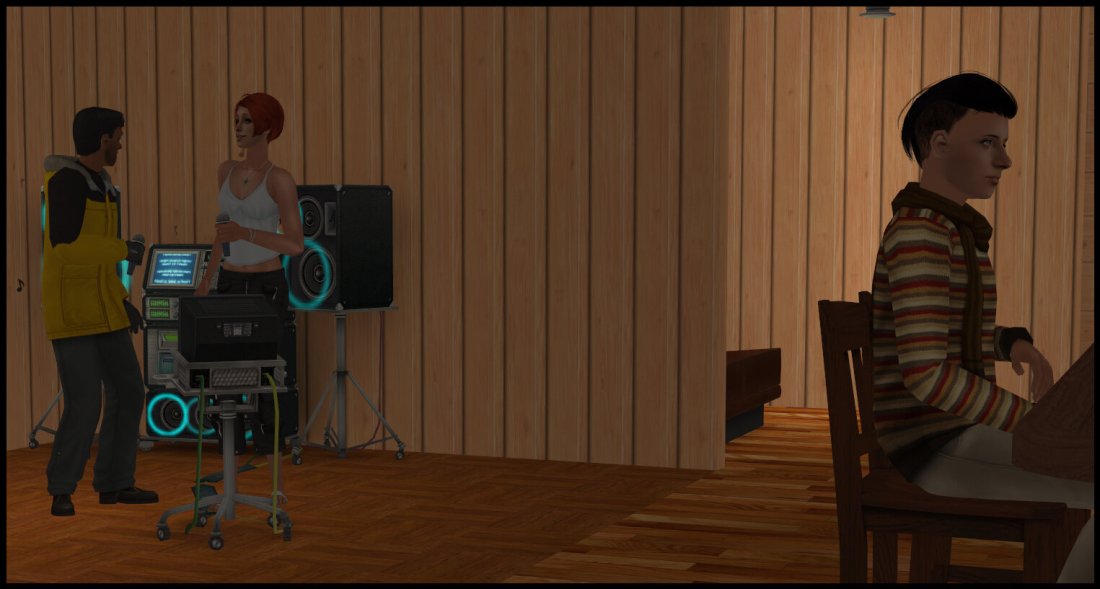 The entire time she was on the date with yellow jacket this guy at the bar followed her around like a lovesick puppy.  It was actually really cute so instead of asking the other guy home she asked him on a date. 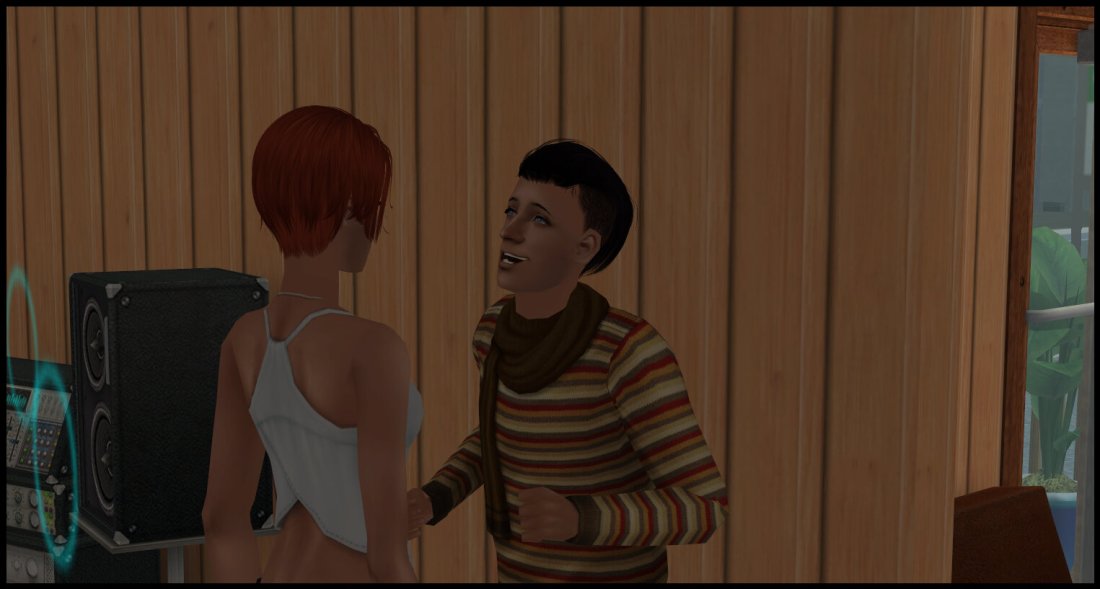 He was very enthusiastic. 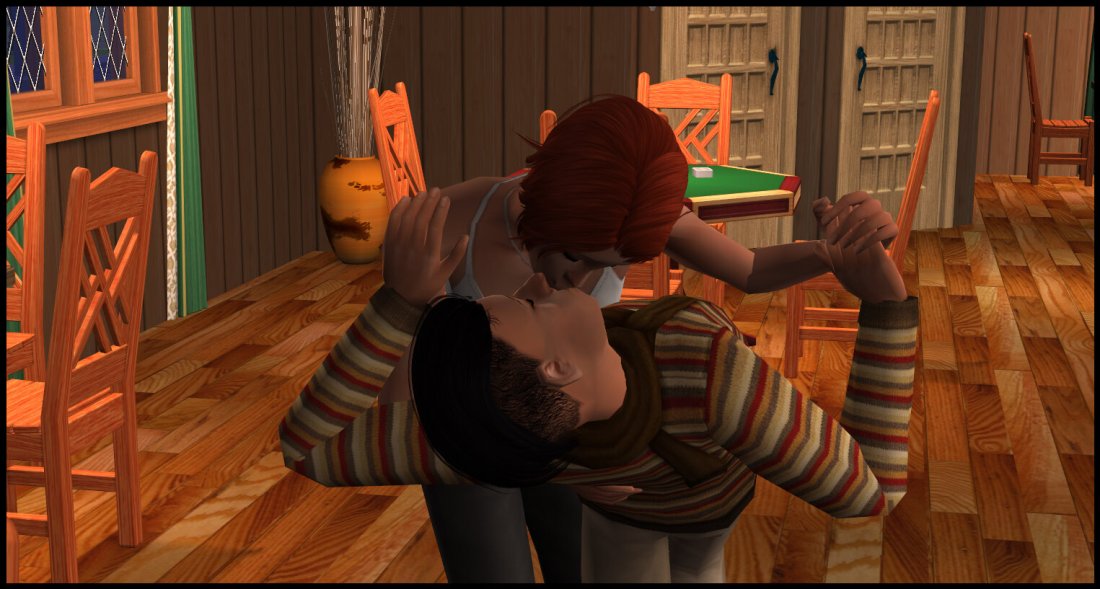 I’m a bit surprised I have so many pics of her with him.  Most of them I just took one to show who they are.  Don’t want anybody to get attached including me.  She invited this one home for some woohoo and then yellow jacket after him.  I think that completed the 10 sims wish?  It’s all a blur because I played a lot before writing this.