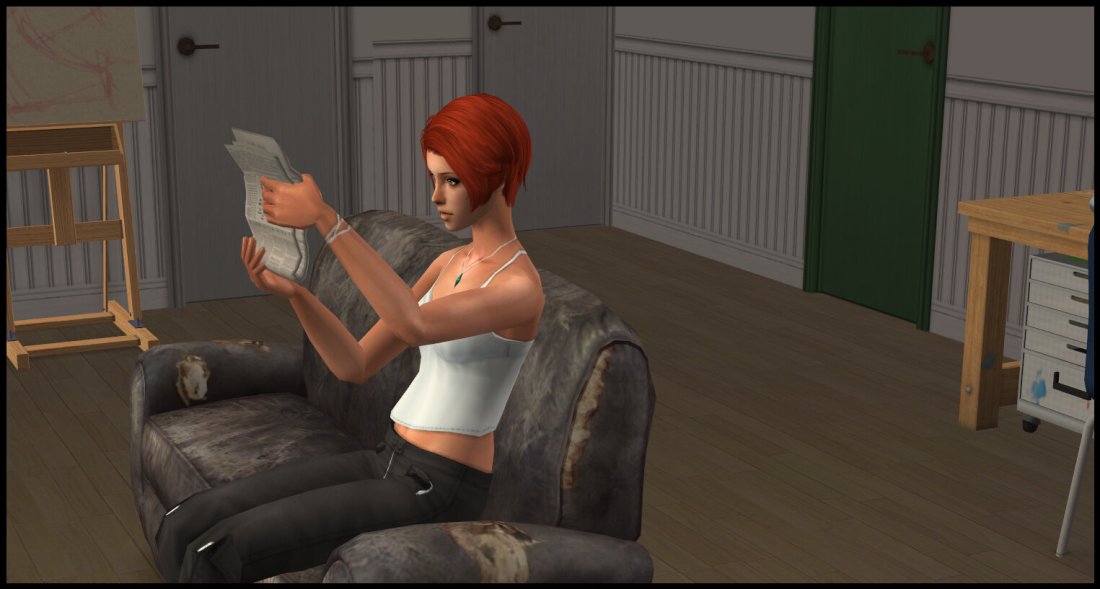 At this point, with the previous promotion without the needed skills, she would have had to work a lot to get to level 5.  Which was perfect since she’s not allowed to go past 4!  Damn you, Phil!  Her only other option is Slacker so we’re once again back to checking the newspaper.  No checking the computer cuz it died and now lives in her inventory.

I remembered that these flowers need watered and sent her out.  Unfortunately, I must have had move objects on from when I put the batbox in a rock that day and had placed other flowers on top of them that looked really nice but were useless.  I figured it was okay to sell those back.

Oh neat!  I wonder if this is because she’s maxed on influence? 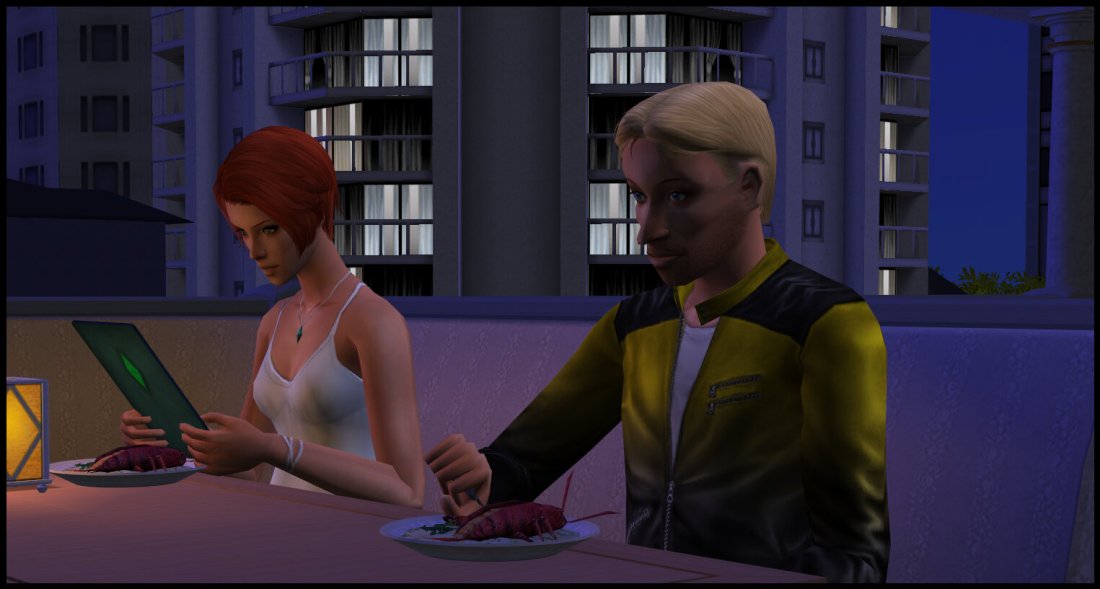 This guy, Phil, called and invited her out and I was eager to check out the coupon so didn’t realize until after they got there that he is the guy that pulled some strings that got her the promotion!  Jerk! 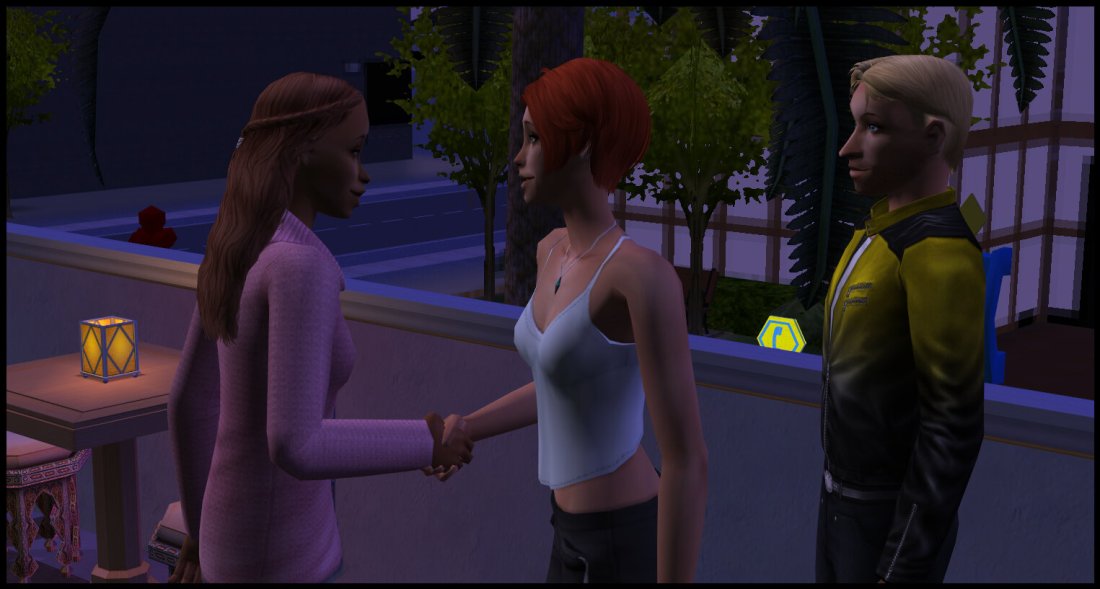 The entire time that they were eating this girl stood nearby trying to greet her over and over again and getting the love hearts thing.  Sure why not?  It doesn’t say she has to woohoo with guys I’ve just been doing that because with risky woohoo it makes it more interesting.  But the girl flat turned her down and freaked out!  Later, she started doing it again when Neoma was with another guy! 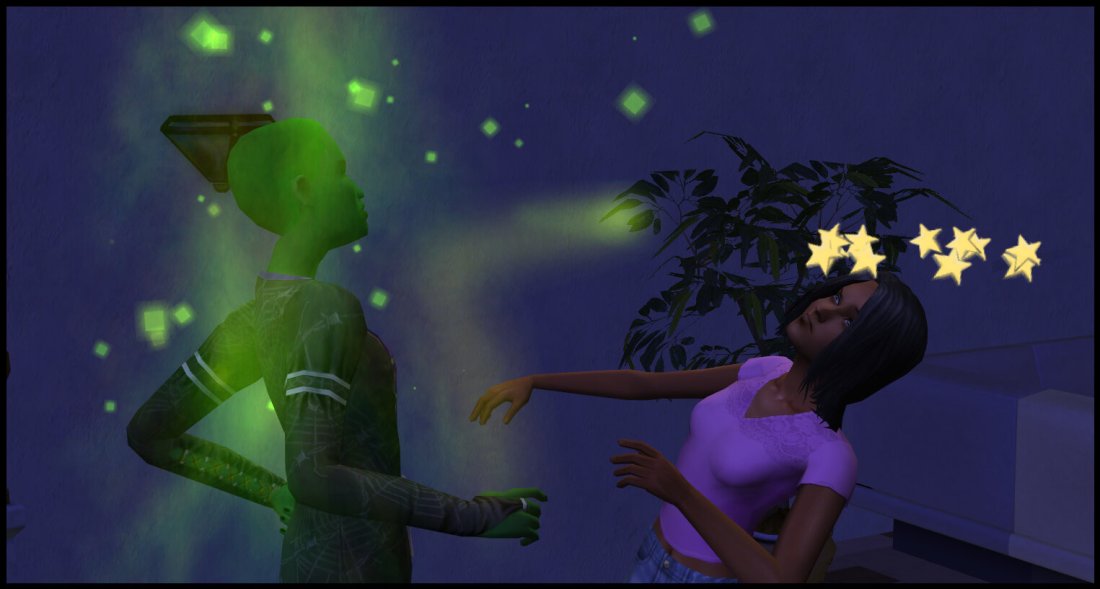 And this was happening right next to them!  I put in a default replacement for all of the witches’ hair that apparently isn’t working which is weird because it’s by the same person that made almost all of the replacements I’ve put in so far.

This guy was there and checking her out so after the girl turned her down she asked him.  He was more than willing but had barely any wishes for her!  He had the dine one and she’d just eaten so she ordered water for them both.  They keep seating her at tables with plates already there if you’re wondering.  They had their water and she romanced him enough to come home with her.

She got two of these invites in a row and I assumed that they were like a date invite.  She’d said yes to the first one. 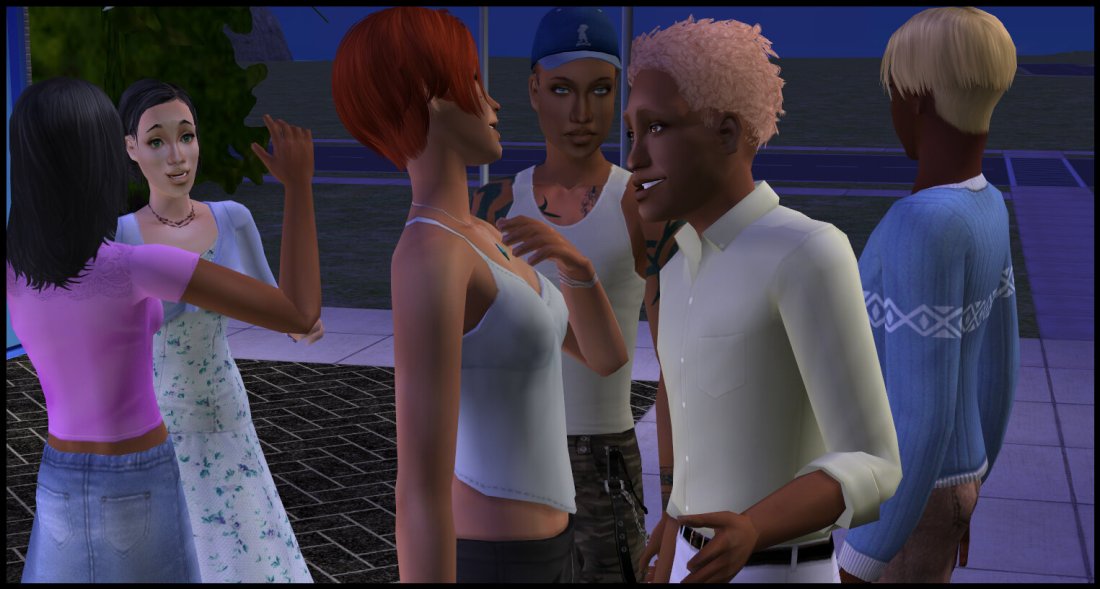 She got there and I noticed the bar was different so this wasn’t a date but some sort of outing.  The dude would not stop flirting with her!  The guy that had come home from work with her Christopher just kept following her around the whole night.

And staking his claim apparently.  It was actually quite stressful.  Blonde haired dude would repeatedly try to flirt and I kept spamming friendly-type actions because Christopher was one of the only guys to show this much interest and I didn’t want to upset him.

Yikes!  Then he showed up and kept trying to greet her.  This outing sucks so I had her go home. 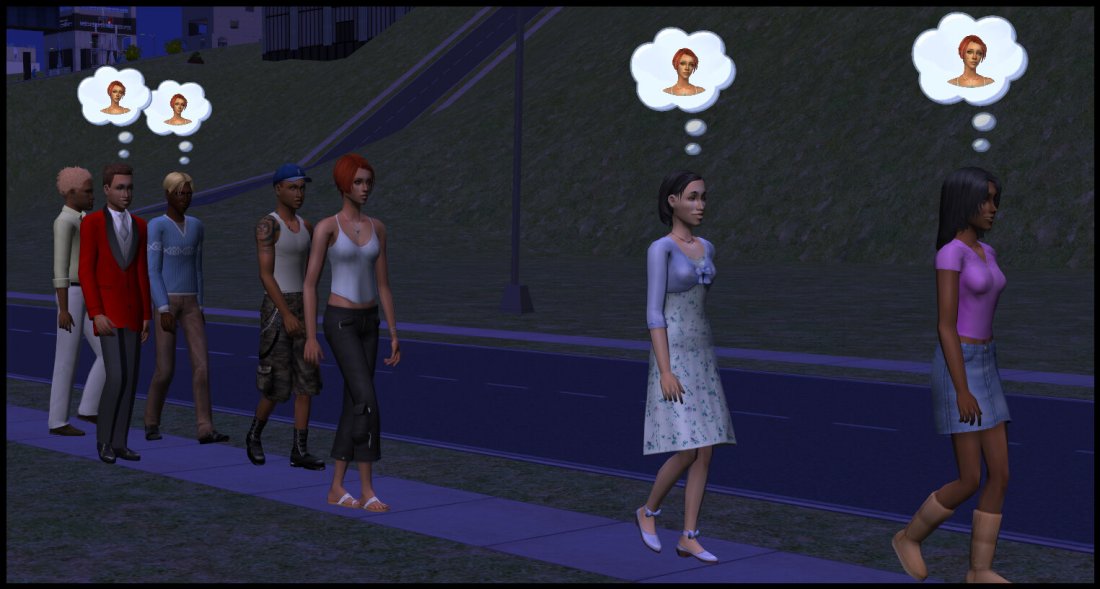 Up until this moment, I’d assumed that she was on some sort of outing with the blond guy and it was just a coincidence that everyone else kept following her around.

All of the guys kept flocking to her.  But, like I said, I’d thought maybe Christopher was the one so once again had to have her do friendly actions.  This time with the girls to keep the others at bay.  So annoying!

I decided to look up these group outings and apparently I should have fed them.  I had her pull out some gelatin because she was hungry and obviously we weren’t having a dream date this night so her needs were a concern for once.  Thankfully, soon after this, the timer ran out.  Surprisingly she didn’t get a very bad score despite me being clueless.

Another one?  I’m saving it for the next group outing!