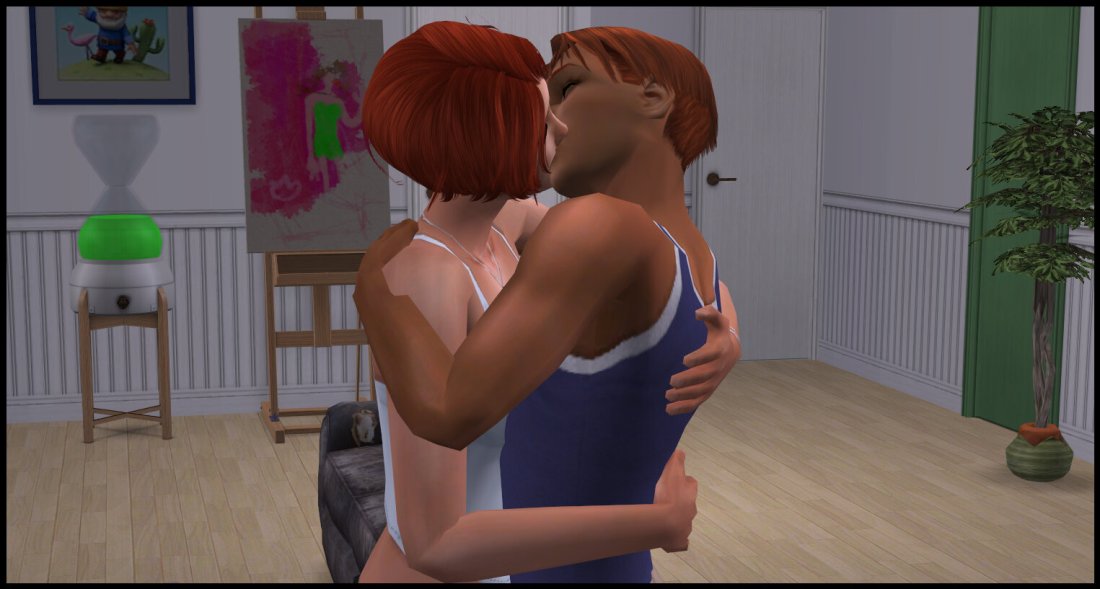 But I really needed to be picky.  I decided against him because he has a huge nose.  At this point, I was searching for reasons to take some of them out of the running! 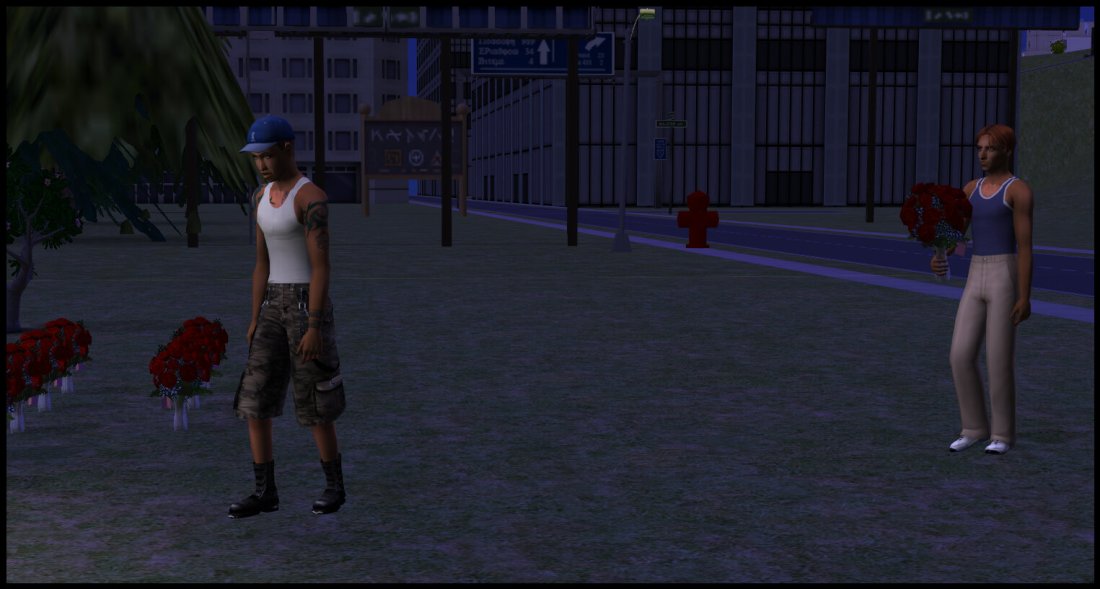 As Kenneth brought his bouquet to add to the ever-growing collection Christopher headed inside.  He doesn’t look very confident.

Do y’all remember Cycl0n3 Sw0rd from Sims 3 and when Jade dated him I was totally entranced by his looks but after she slept with him and I saw him out of it I was kinda meh?  Same with Christopher.  Not that he looks terrible or anything but gotta be picky so he’s out.

Armondo acted like he was sick from her dirty joke.  She loves a good dirty joke and tells one at the start of each date.  This doesn’t look promising.

Also, these were her wants!  Ugh.

A dog came from nowhere and blocked his entrance!  I have never seen this dog before!

Despite the rocky start things went quite well and I almost considered bringing him to the next round but decided against it because he has a weird mouth.  Remember: picky!

Sinjin was totally into her.  He had wants to be engaged and be married.  But, I’m almost positive he’s a Mr. Big personality and thus off limits.

Also, he had the money aspiration.

Oh!  That’s right.  I didn’t decide against Christopher yet at this point.  I did later.  Anyway, she was waiting for a date with Trent and when Christopher walked by the house she RAN outside to flirt with him! 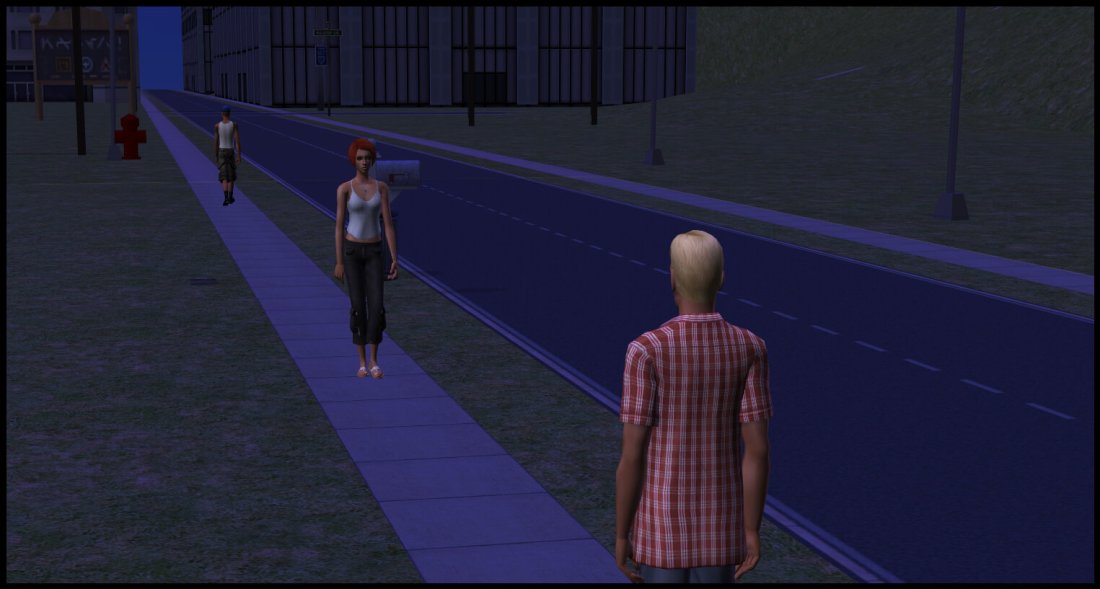 Yikes!  I canceled out her flirt and sent her to greet Trent. 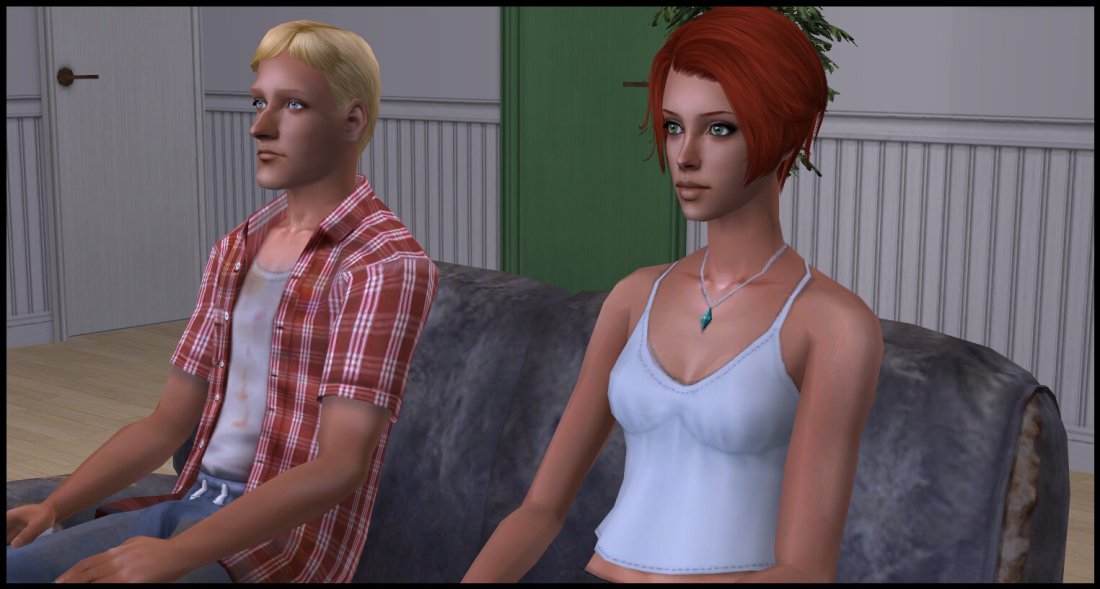 Who wanted to watch TV.  Easy to please at least. 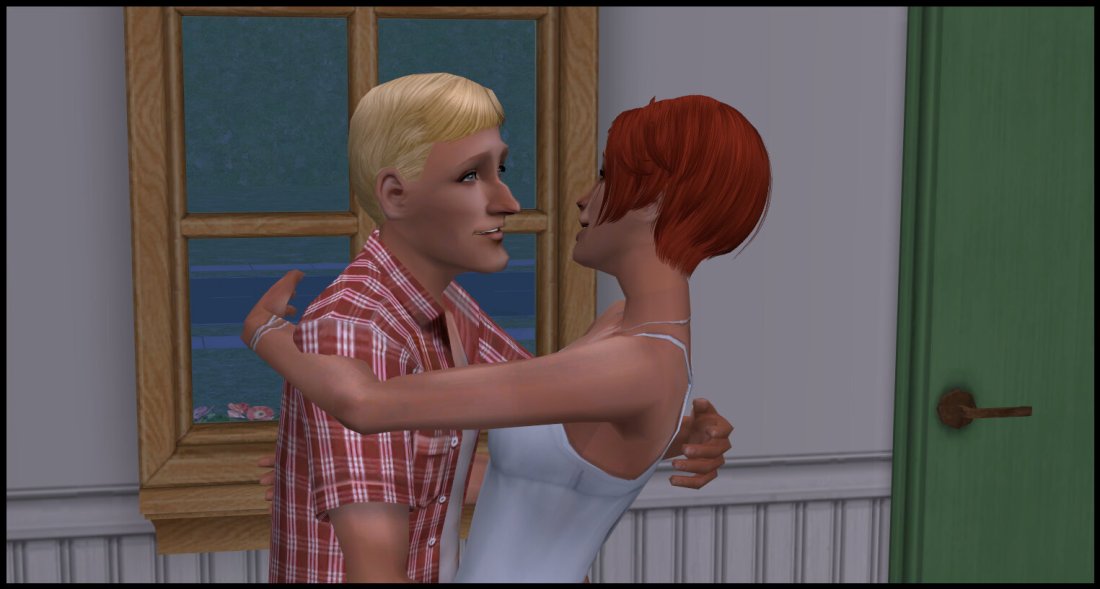 Don’t worry.  Things got pretty steamy after that and he had the want to be engaged to her.  He moves on to the next round.

I was having a really hard time deciding.  Jack was on the list for the next round and wanted to marry her but even at the start of the date I was just feeling worn out from sooo many dates in a row and nothing I could think of would help me choose!

Truthfully, I didn’t like Juan.  I’ve never liked him.  I think he looks weird.  But, he was the only family aspiration guy so I gave him one more chance.  Sorry, I couldn’t do it.  I want to like the sims I’m playing!

That yard sale cut over §20 off her bills! 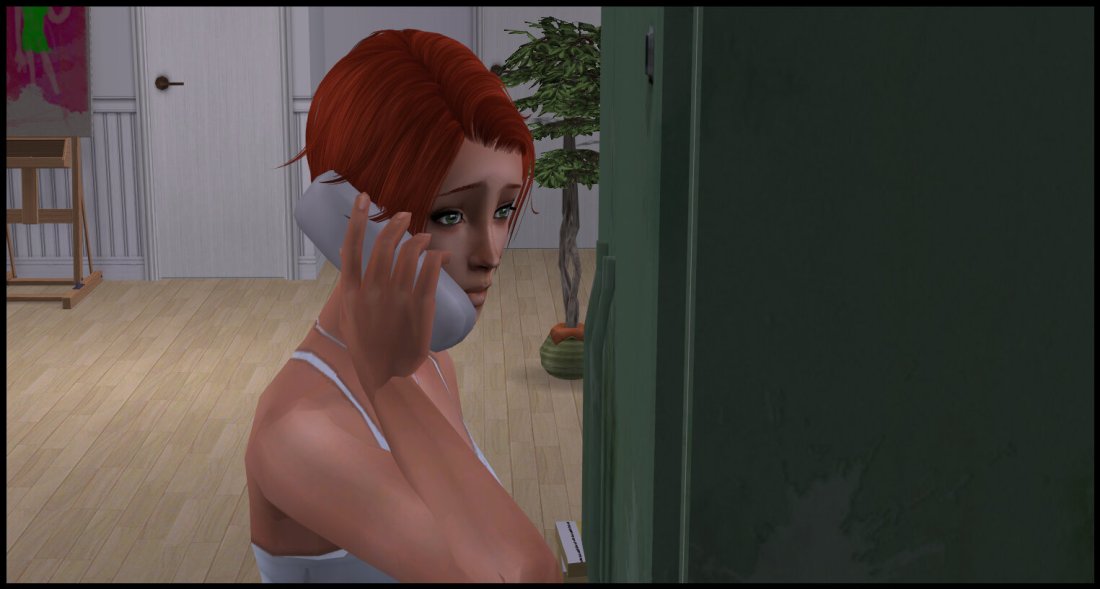 Okay, so here’s what happened… I had a long Twitter chat with KitDragonFlight who is a bit more familiar with the Sims 2 aspirations than I currently am.  I told her the sims would be broke, would never go far in the 3 allowed careers, and would probably be so busy with kids they wouldn’t have a lot of social time.  In normal circumstances, the Pleasure aspiration is just annoying but in this case, we felt it was perfect.  I couldn’t do more dates.  I didn’t have it in me.  So I had her call all the guys who were left and break it off.  There weren’t many at that point. 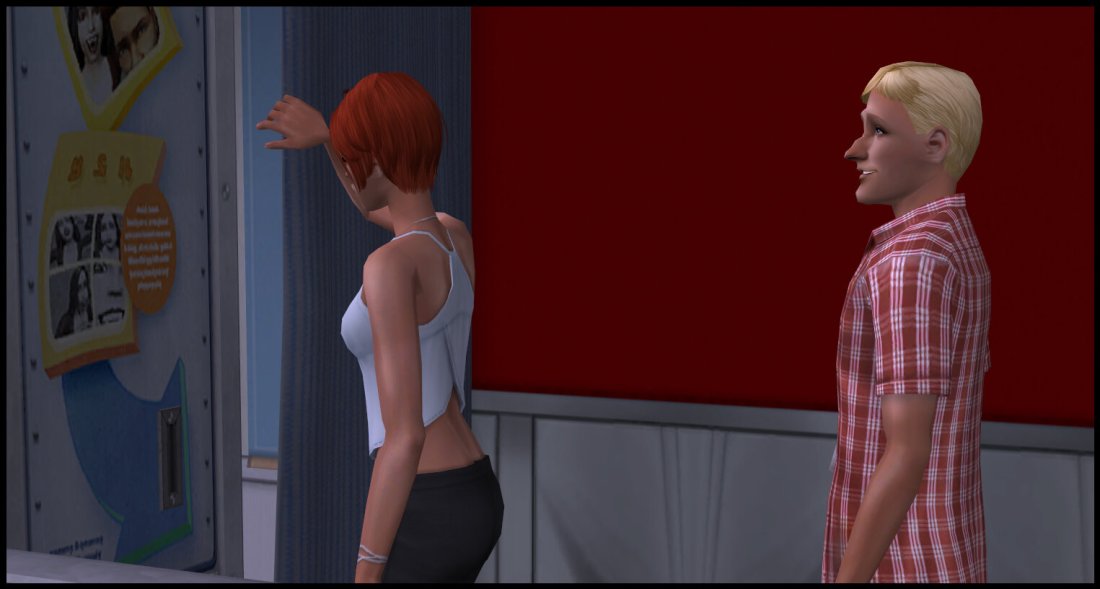 Our winner?  Trent!  Okay, so I took this pic and then thought to myself I really should get some default replacements for his hair and clothes first and quit without saving which I’d done right before she left.

But when I started back up it popped up saying she’d missed the date and when she tried calling him she kept getting his machine.  So, she spent the rest of the evening painting for something to do.

A side-by-side comparison.  All I got replacements for were his hair and outfit.  Did his skin change?  It sure looks like it to me!  So weird but it’s a nice surprise for sure!

A/N: I am convinced that somehow changing the default hair on the townies triggers the default skin or maybe the new face templates.  Something.

I didn’t know they could woohoo in the photo booth!  It was kinda weird that people stood outside cheering.

Trent was really excited about the public woohoo apparently. 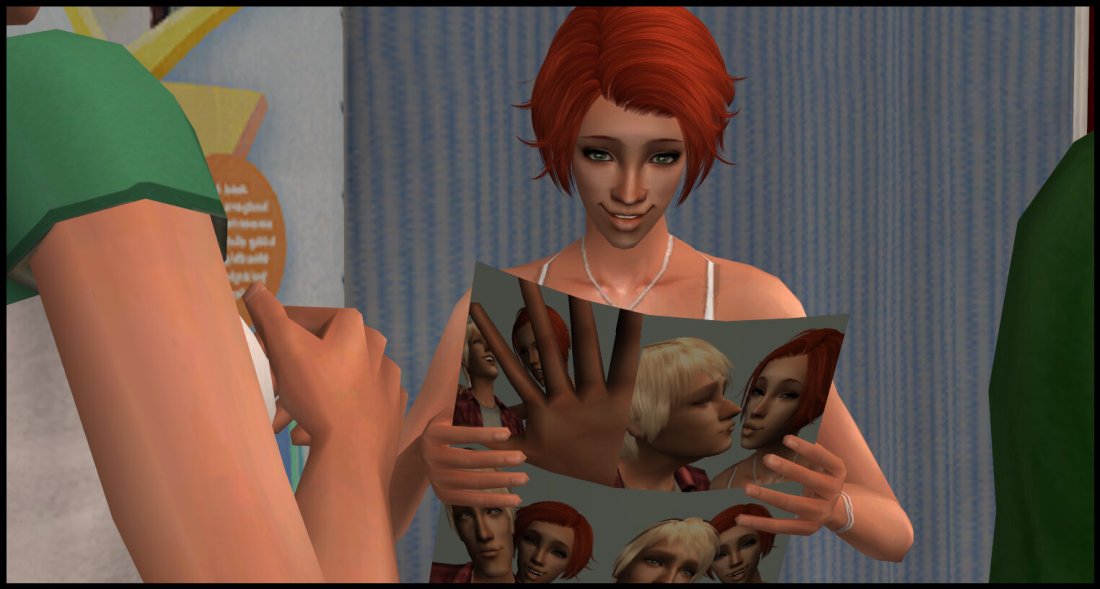 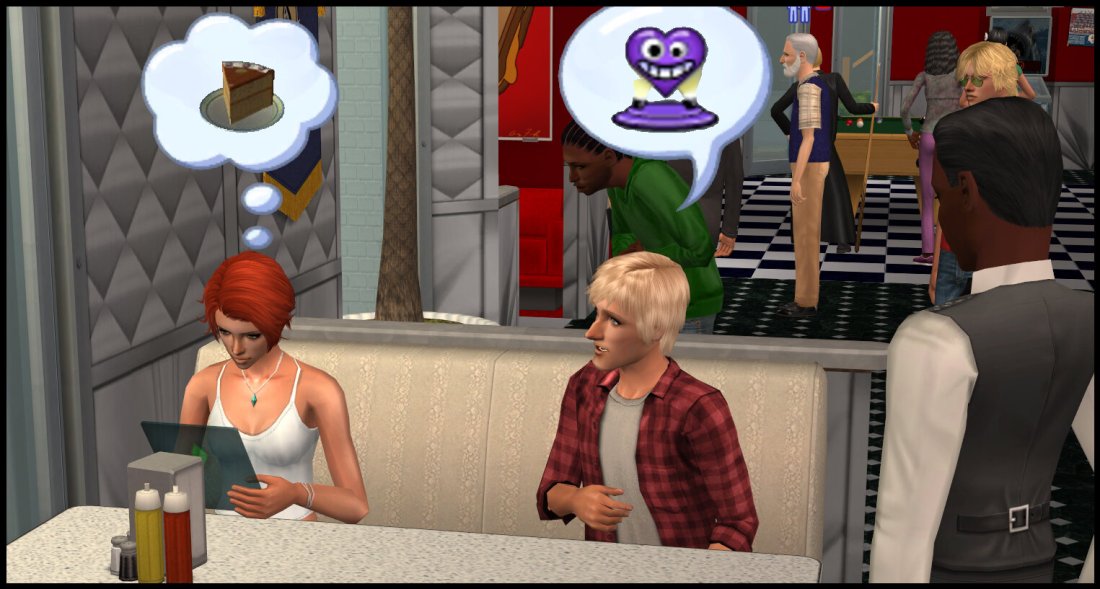 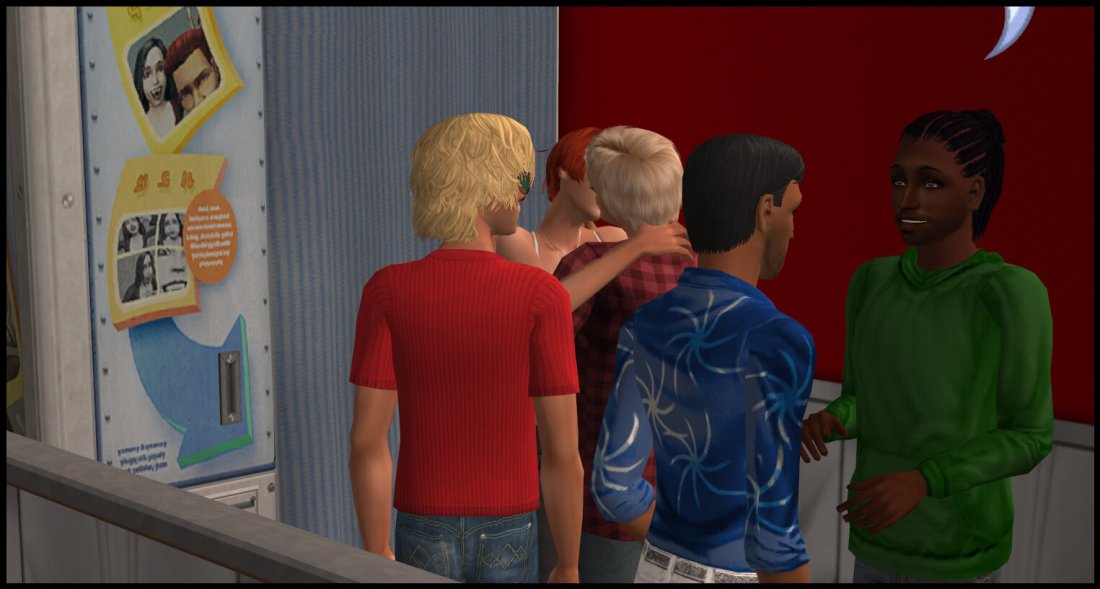 After they ate they autonomously did it again!  Sheesh guys!

Not that I’m comparing her to a hooker or anything (LOL!) but do you remember in the movie Pretty Woman that she wouldn’t kiss?  Well, I’ve never once let her do this.  I don’t know why.  I’ve always loved this interaction and it somehow feels special.