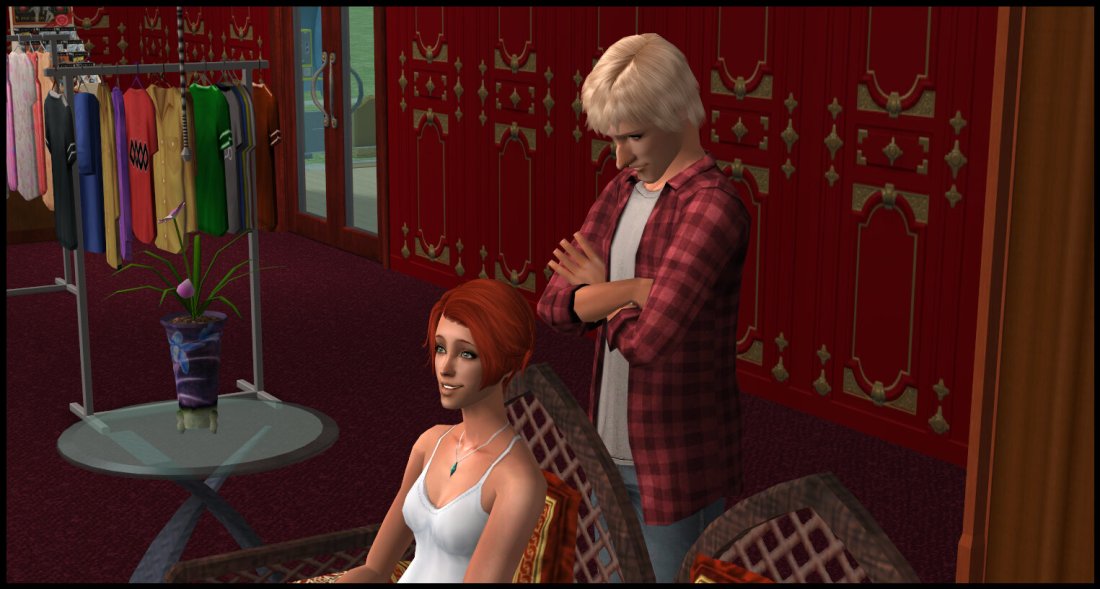 This is actually the same day we’d left off on the last chapter.  In an attempt to keep the chapters shorter I’m just cutting off wherever at this point.  Trent wanted to do more public woohoo and I read they can use changing stalls so I sent them here.  I couldn’t figure it out.  I think I need to be able to control both.  Instead, I told her to watch TV thinking he’d watch too since it was one of his wants but instead he stood behind her and watched her!  Awe! 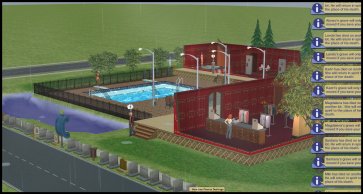 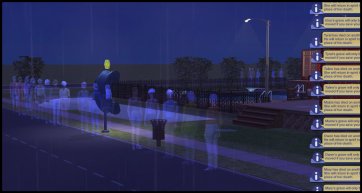 Her needs were kinda crappy despite the earlier dream date so I had her cancel and thought I’d just send all of these creepy graves to the graveyard before she left.  Big mistake!  I didn’t realize it would keep doing it while paused at first and hours went by with her stuck there!  The last two pics are when I’d figured out I could pause.  I guess it’s because Riverview doesn’t have a graveyard but I’m confused, I thought unplayed sims in Sims 2 didn’t die?  I thought they just lived in some kind of stasis unless you played them. 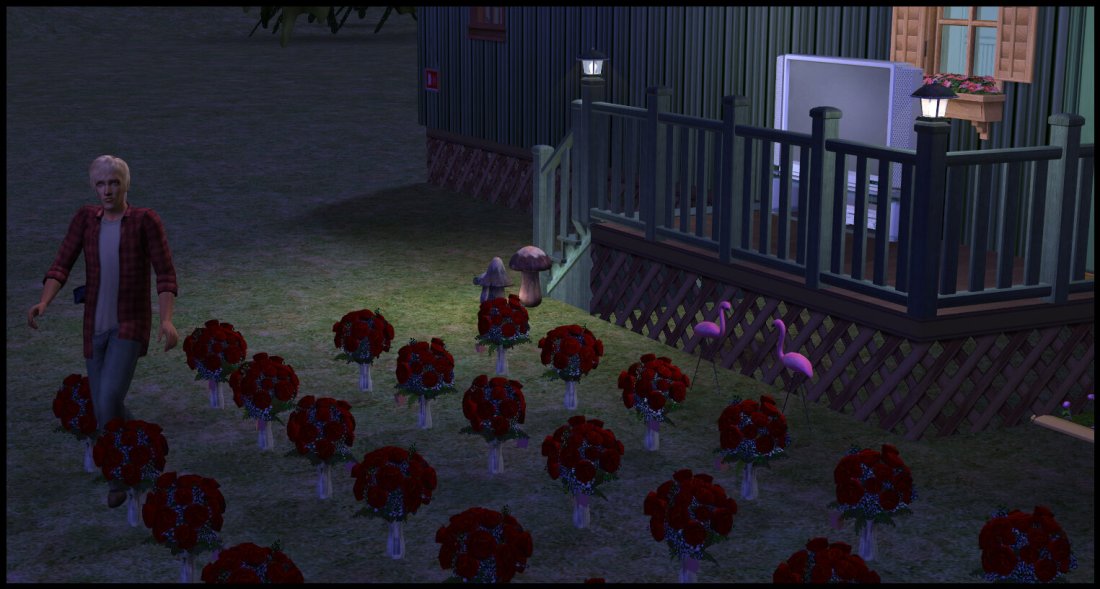 The rows of rose bouquets are complete and in addition to that Trent gifted her a TV.  This one we can sell but I would be shocked if the one she has lasts until next summer.

Out of curiosity, I looked.  Wow! 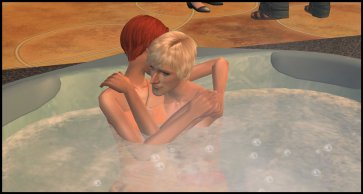 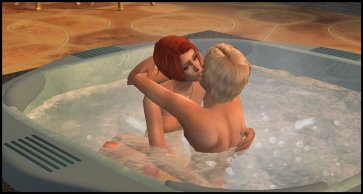 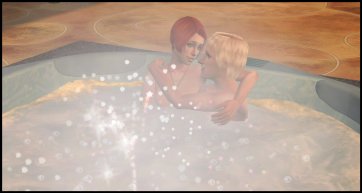 Another autonomous woohoo.  They literally got out of the cab and made a beeline to the hot tub!  I can tell you that things like this never happened with her many dates.  I always had to wait for the “ask to go back to my place” option. 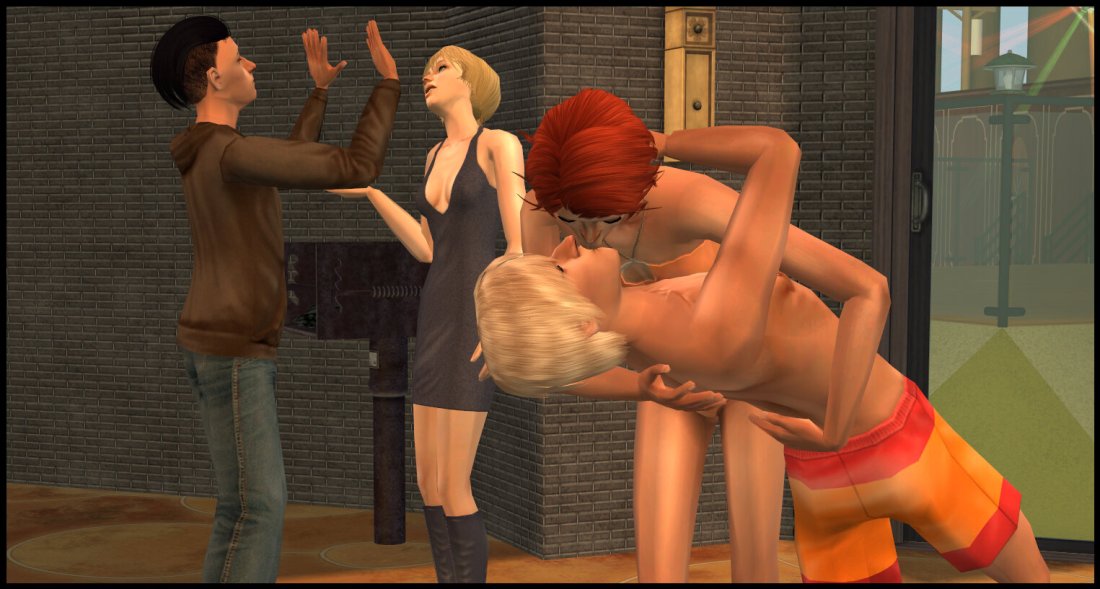 The entire time they were in the tub sims kept walking up wanting to greet them!  Sam was very persistent.  Perhaps he knew he was one of my top picks? 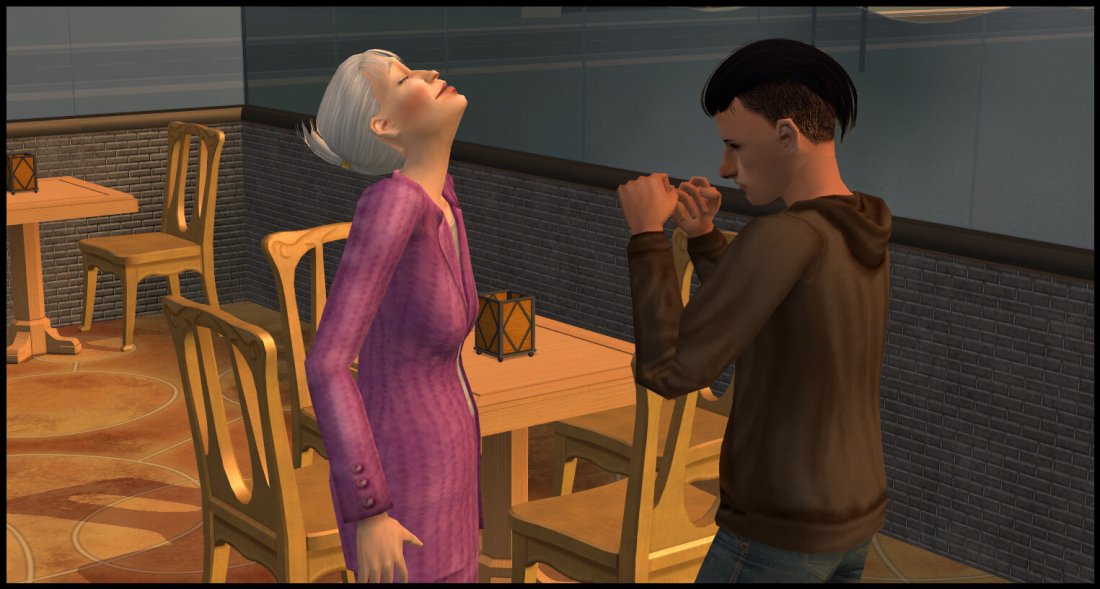 I took this when they were waiting to talk to them.  It was just the idle actions they do but it looked like he punched her in the face! 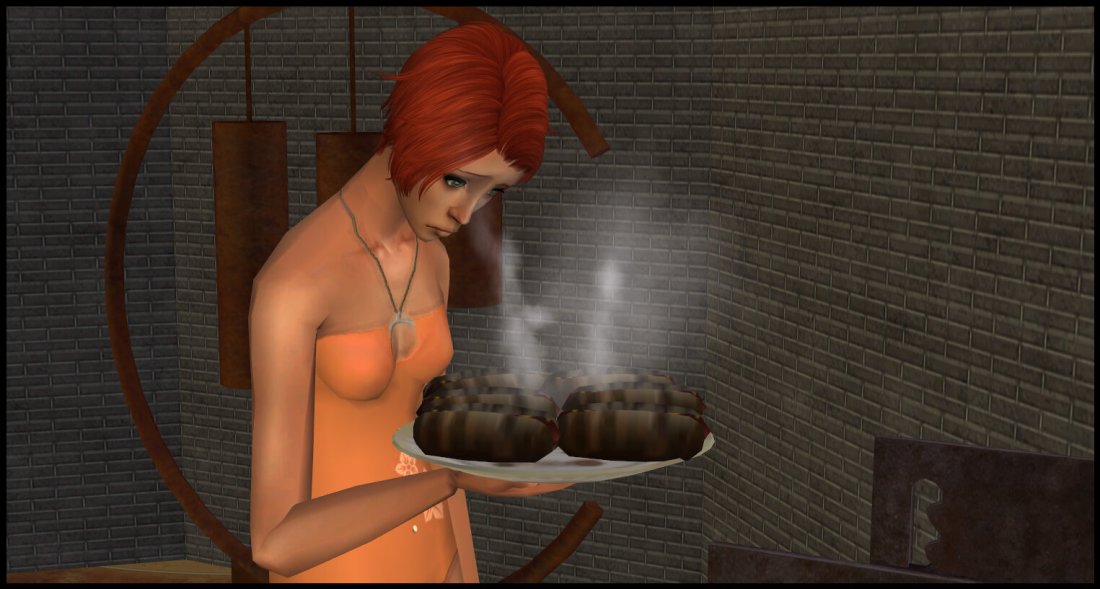 I thought this place had food but I was wrong so I had her grill some hot dogs because she was starving.  She looked so heartbroken that they burnt!  Girl, you’ve barely eaten let alone cooked this whole time! 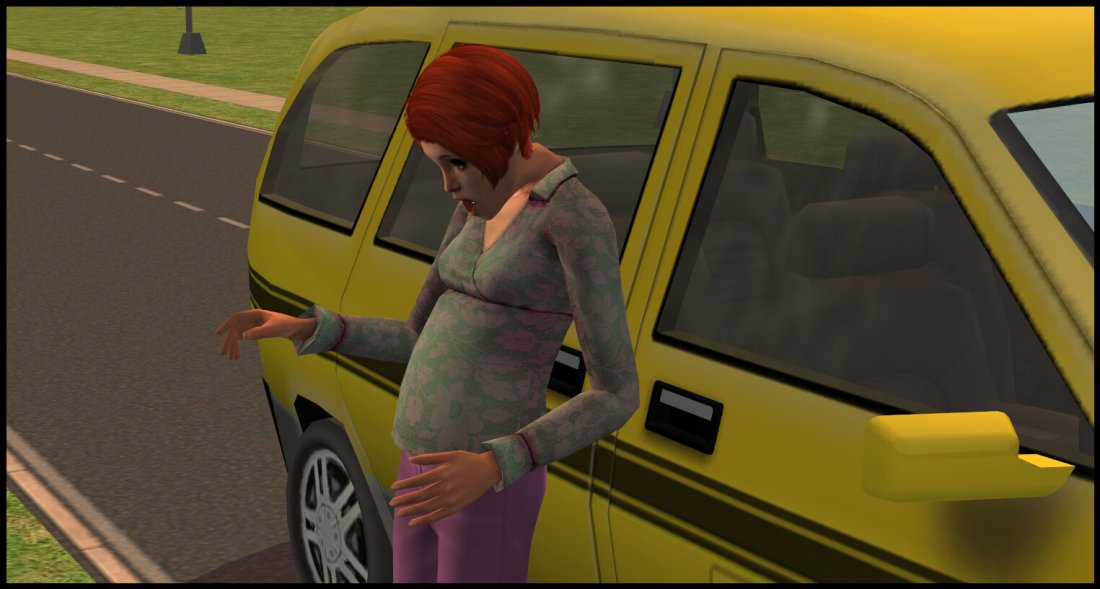 Due to her rapidly dropping needs the date was ended early and no wonder why!  She discovered she was pregnant immediately after exiting the cab!

Wow!  That was unexpected.  I don’t know if we can marry off the spares tho.

As was this!  Nice skills. 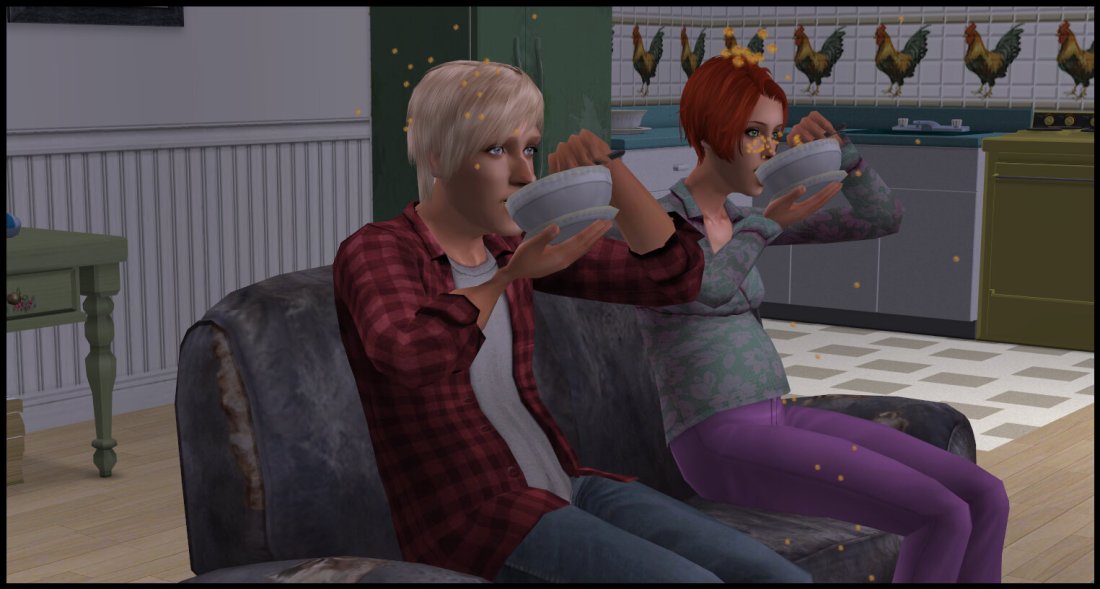 Who needs a dining table really when you can eat on the couch while watching TV?  If you weren’t thinking Trent was right for her maybe this changed your mind a bit?  Oh, and he’s also level 2 in the Slacker career which if you didn’t know is one of the only careers they can be in.  Bonus! 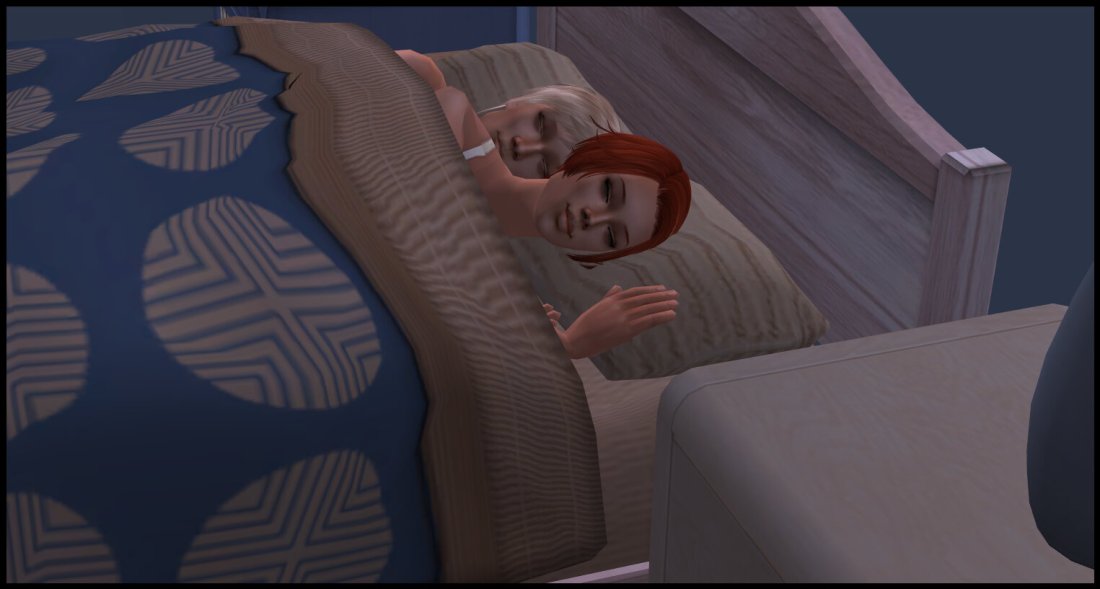 So sweet!  I love taking these pics in Sims 3 too! 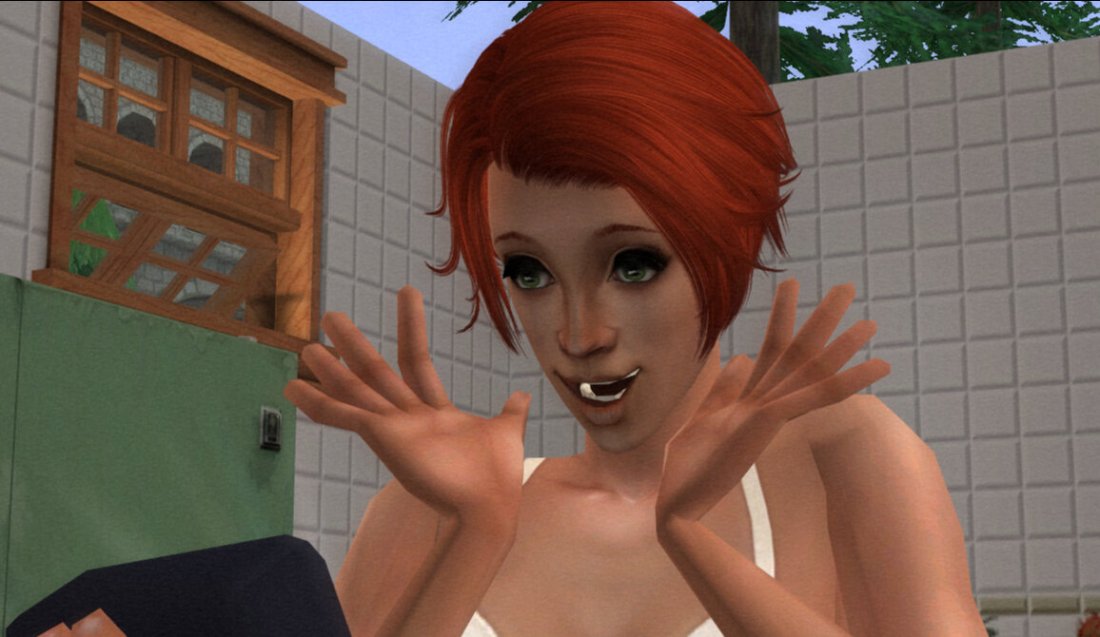 And since she’s knocked up they better get hitched.  Really, who gets married unless they HAVE to?  And being obviously pregnant sure makes it a “have to”, y’all.  Also, I forgot about the cutscene. 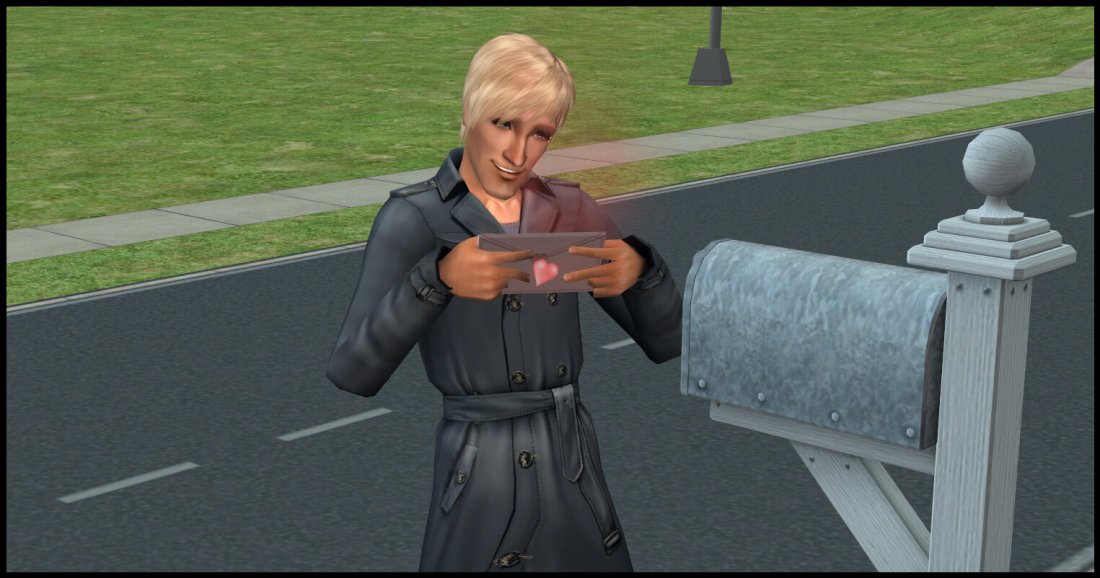 I sent Trent out to get the mail and he did this.  I’m confused because he barely has any relationships and no other romantic ones.  I’m not exactly sure what it means but oh well moving on.

I sent Trent off to clean the nasty bathroom and Neoma seemed shocked when her baby bump popped again.  Soon!  Also, it took me like 10 minutes to get this screenshot because of my obsession in keeping walls up!

I wasted time trying to figure out how to change her formalwear and just decided to get on with the party despite it.  Like the dream date rose arrangement?  I thought it added a little humor to the whole thing.

She has no real relationship with anybody else so I just invited random guys she’d dated. 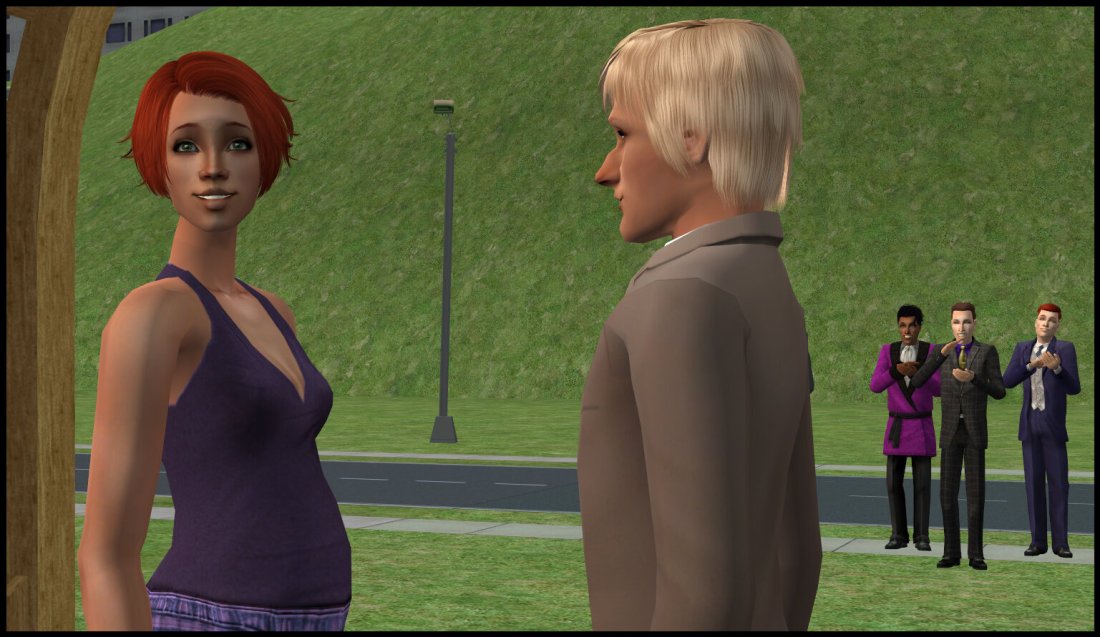 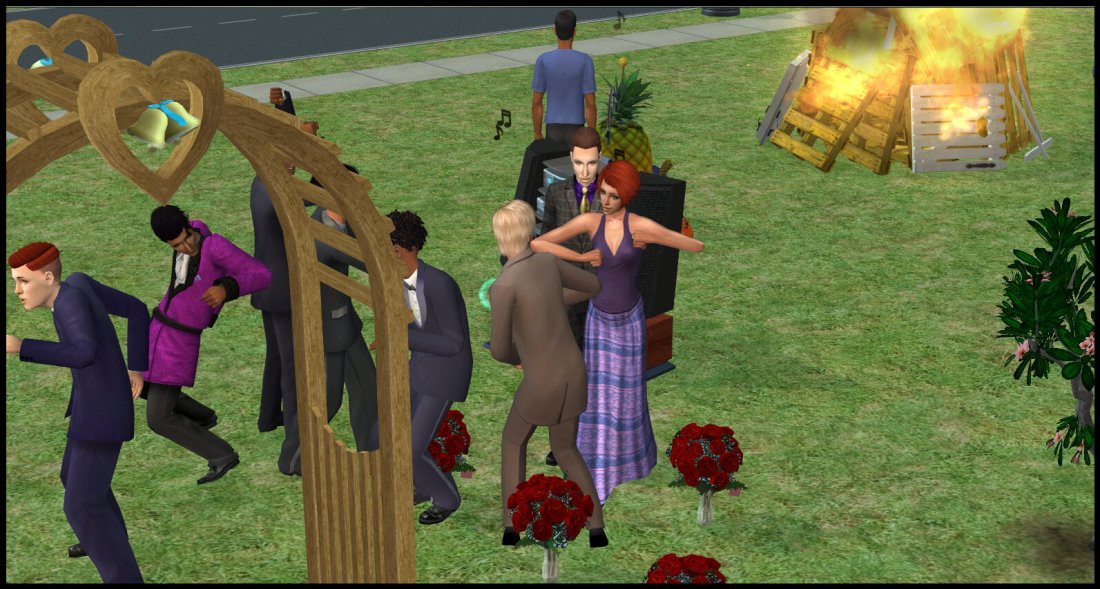 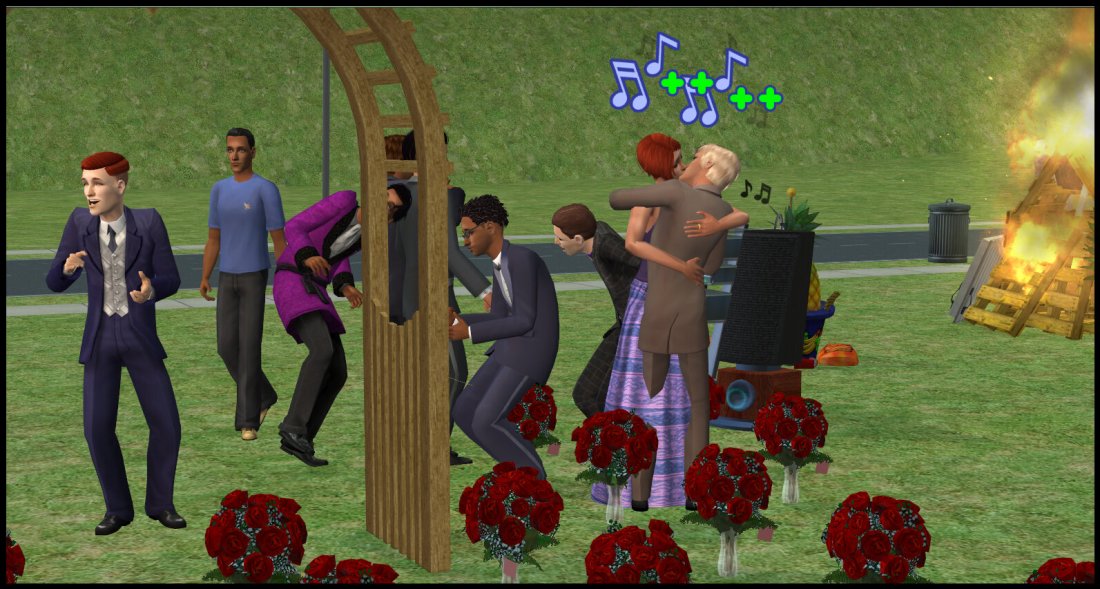 And one final kiss before the bride is off to bed. 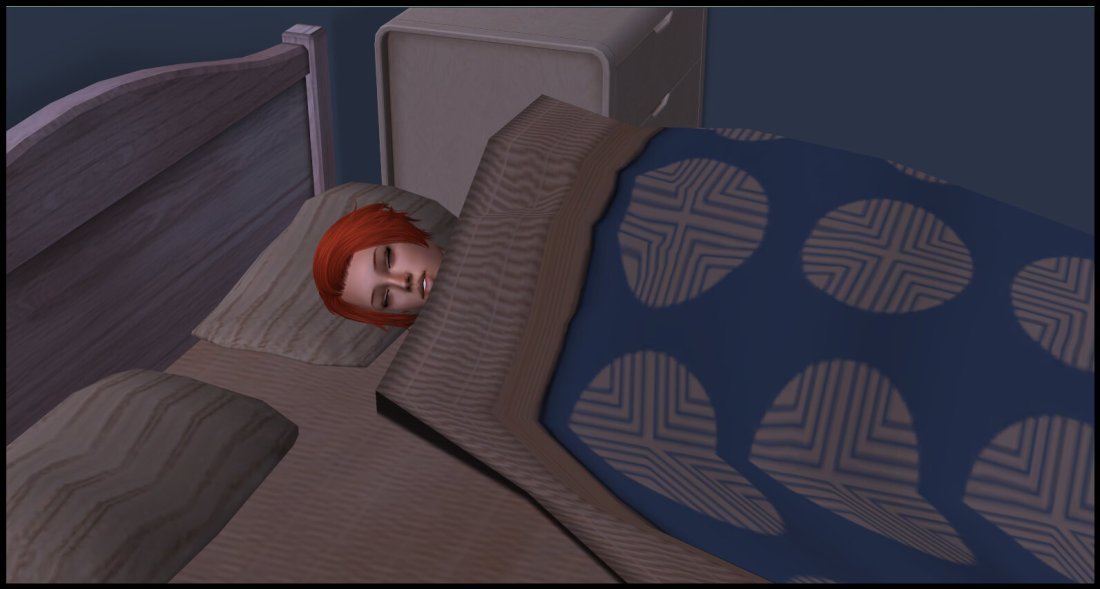 I don’t remember the pregnant sim’s needs being this bad in Sims 2!  It’s a nightmare! 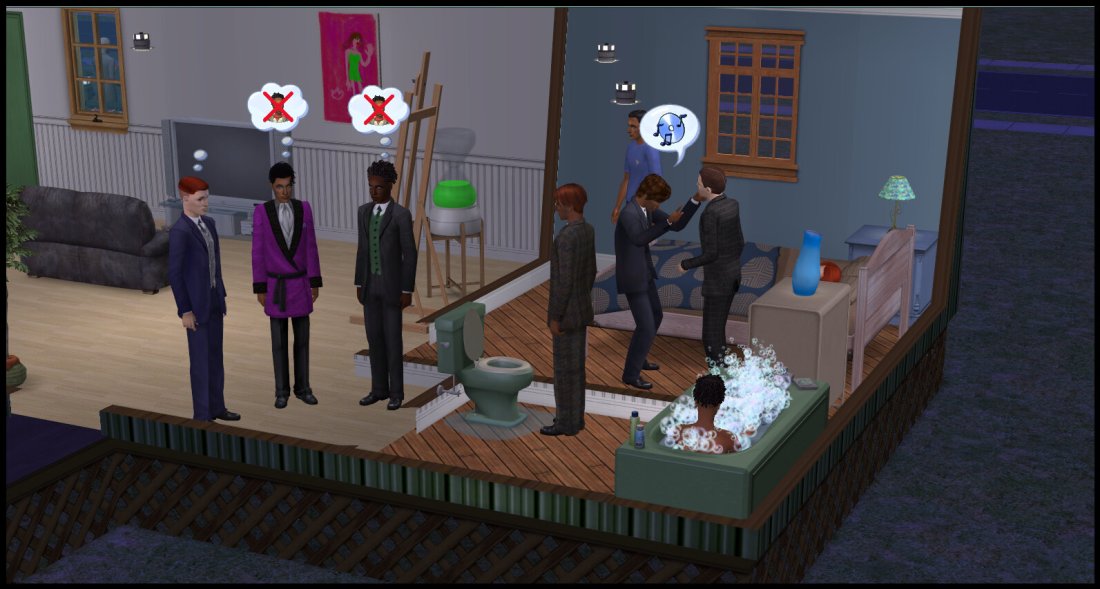 Summary of the rest of the wedding… Trent left for work, the guys all fought over using the toilet and tub and a few even roamed around the bedroom.  This lasted until the timer ran out!  The whole time it said roof raiser and then… 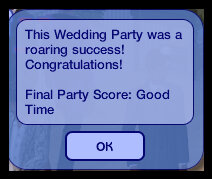 And I finally sold the dream date bouquets!