I moved a toy up into the upstairs room so that when she wakes up early and escapes her crib she has something to do. 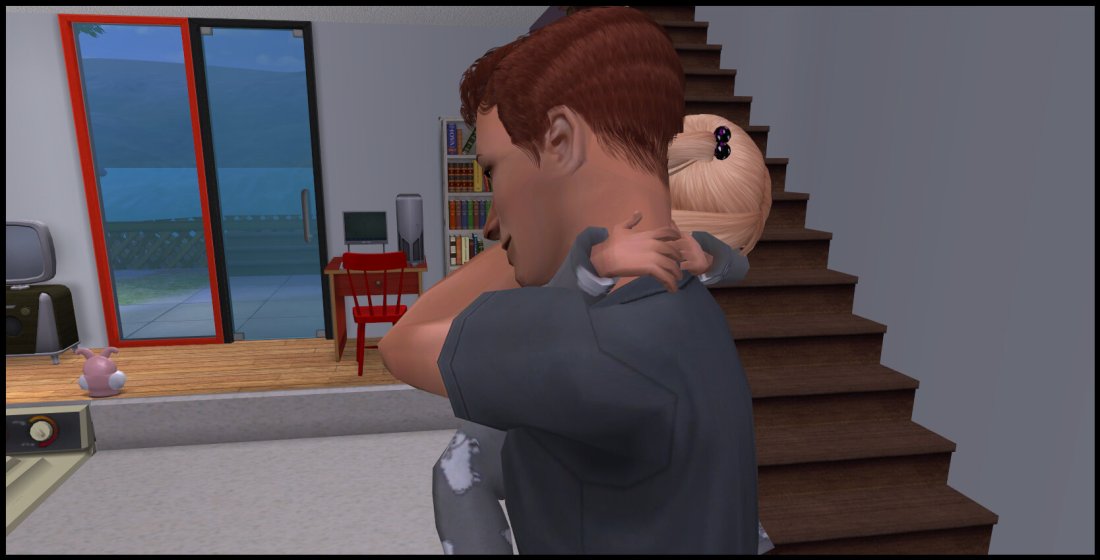 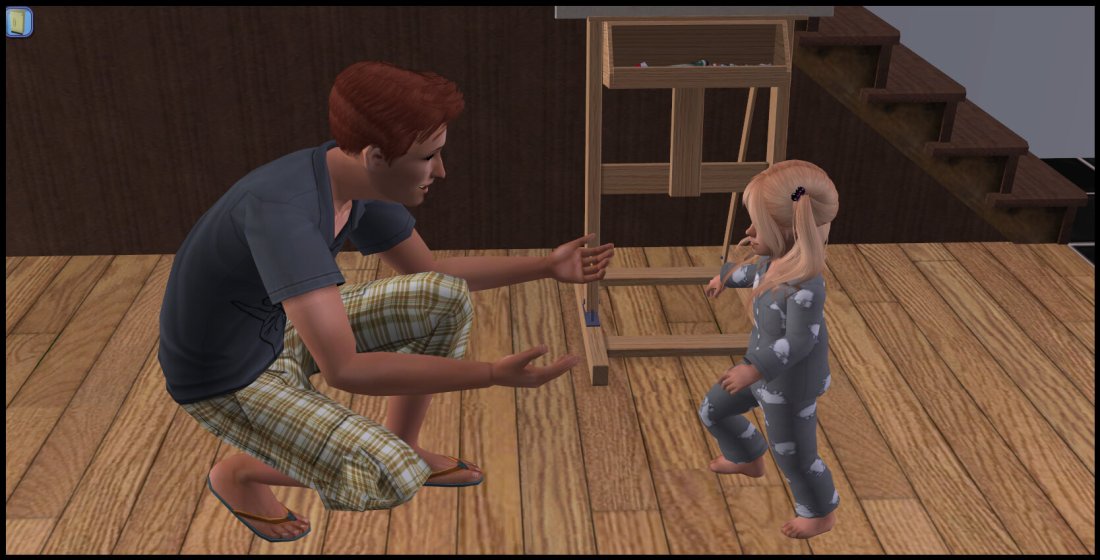 Teaching the toddlers anything without smart milk takes so long!  She’ll age up soon so I’d like for her to learn it all.

His face!  Poor guy looks heartbroken to have burned the grilled cheese.  Well, he is in the Culinary career after-all. 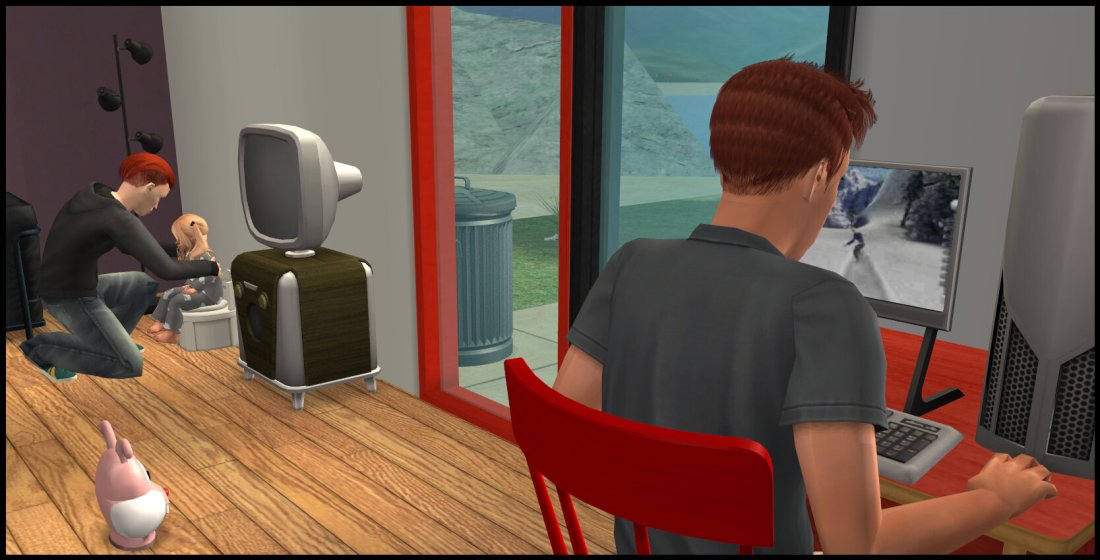 Speaking of which, he needed fun before leaving for work.  Wade had the day off which was nice.  Still not potty trained. 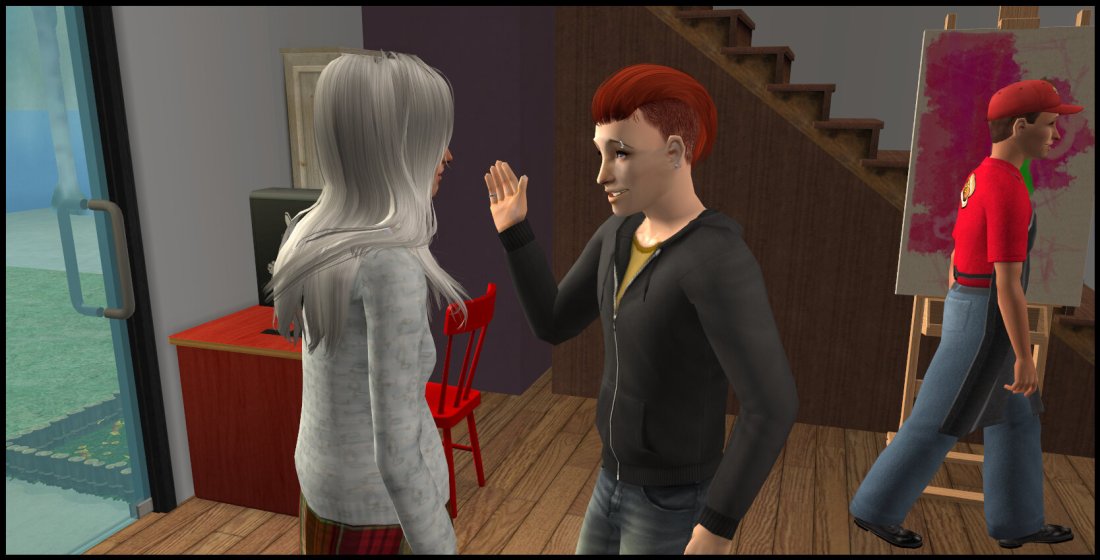 The darned nanny showed up again!  I had him call like an hour before she should have shown up to cancel the schedule but it didn’t take apparently.  Another §95 down the drain.

Time to work on those skills some more.

Awe these two are so sweet.  I didn’t expect to get so attached to the parents!  Also, look who showed up yet again!  Nothing like ruining a romantic moment nanny!  Also, can you clean that dirty plate or actually do something with the child since you’re here.  Another §95 and I had them call again to cancel the schedule! 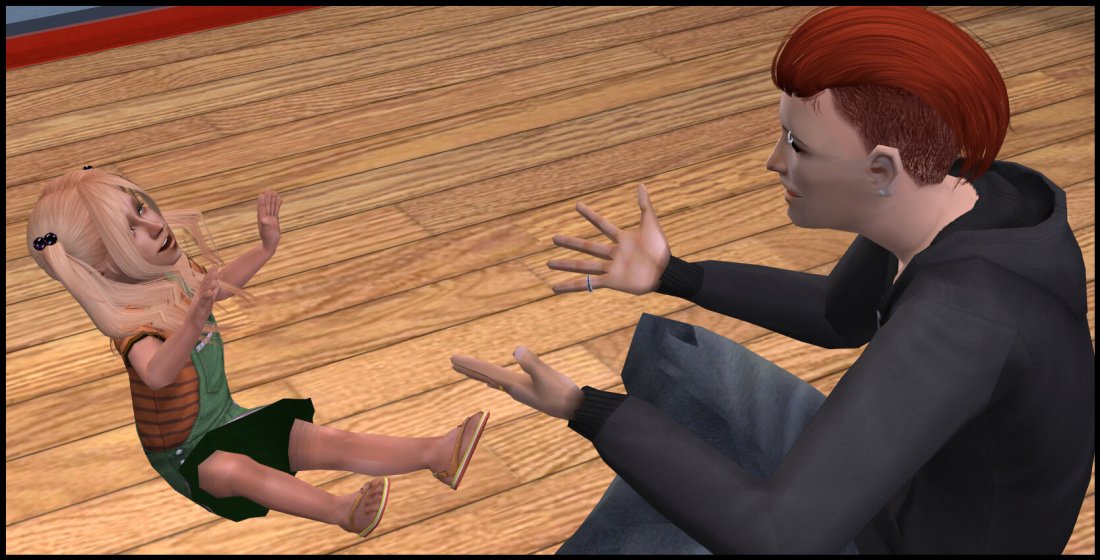 Fannie has learned to walk and now it’s time to learn to talk.  She’s so adorable!

Well, at least they were responsible parents and waited for Fannie to be asleep!

Meanwhile, someone had turned on the tv and Peppa was entranced! 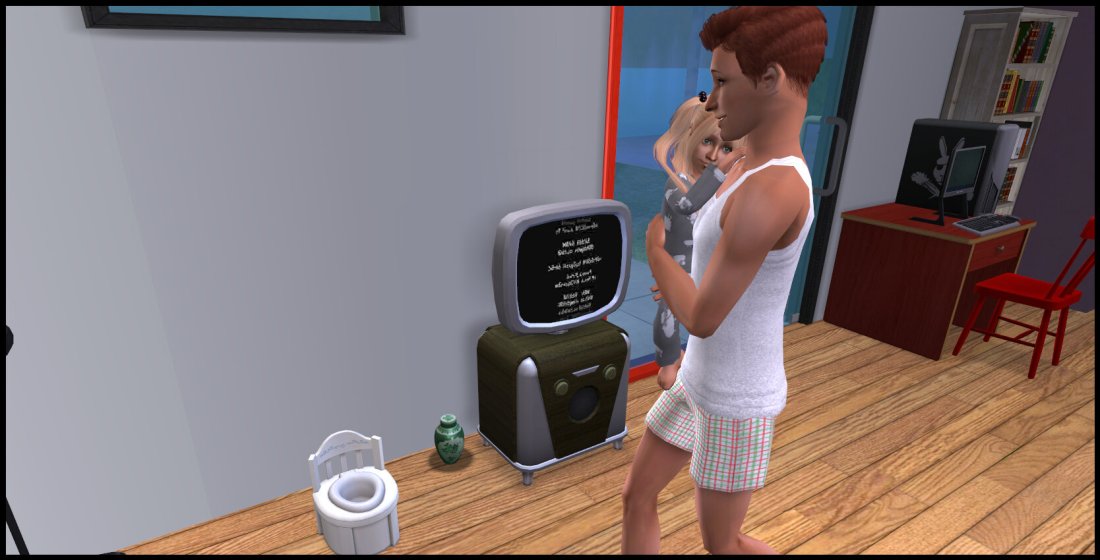 Back to the potty training.  Sheesh.

More cuddles for Peppa.  Both of them were a bit stinky.

Daddy comes in to play.  I really love this interaction but hardly tell them to do it because it almost always results in the parent needing a bath since the toddler throws up on them.

Speaking of baths.  First, it was Fannie’s turn…

And then Peppa’s.  He looks like he’s just floating there in this pic! 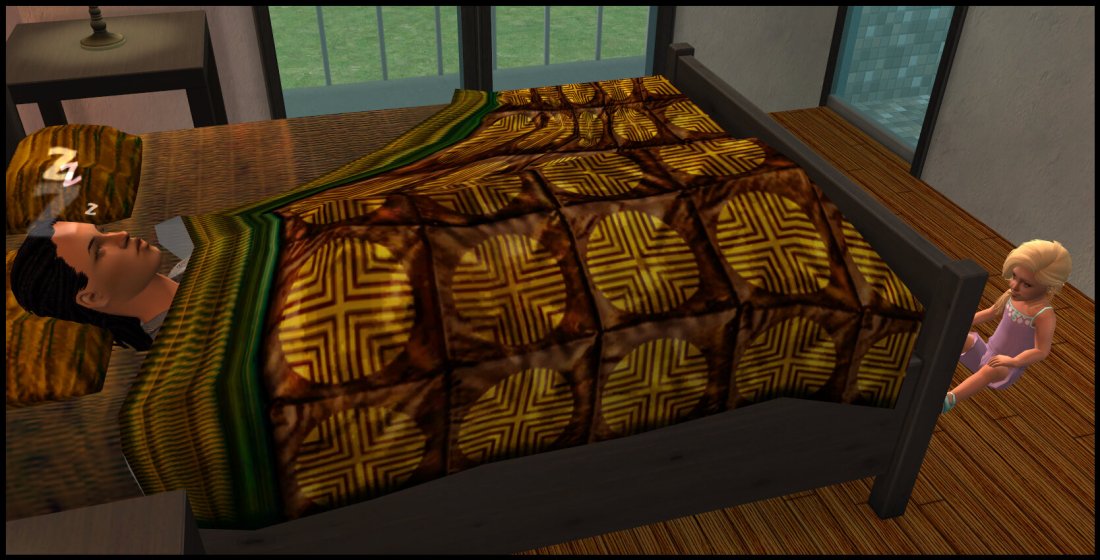 Just like in her sister’s household after a promotion Ivy’s parents now work opposite schedules and no longer need a nanny!  Thankfully, they had never scheduled one.  Wake up, daddy! 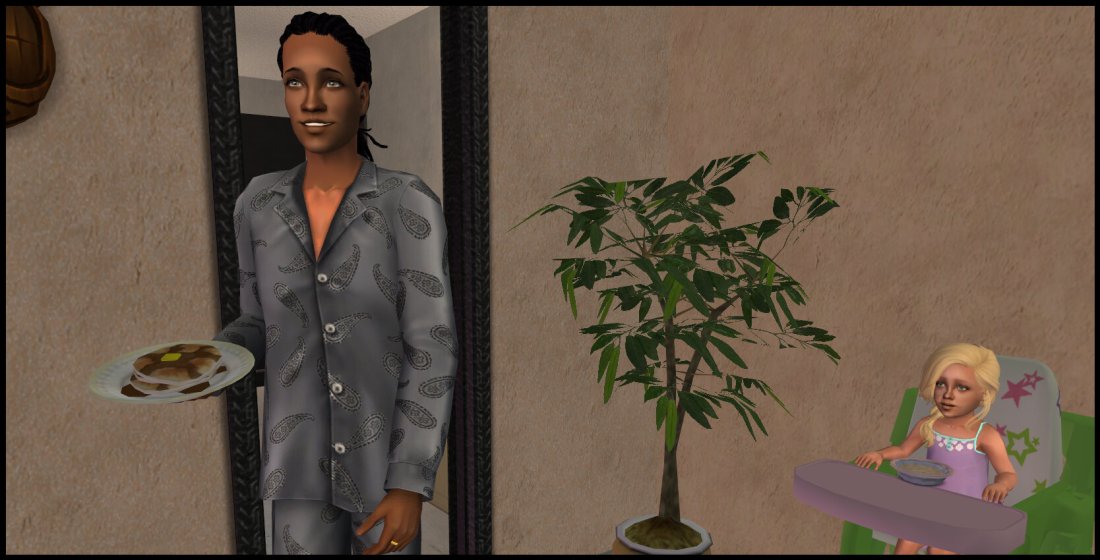 Breakfast time.  Ivy has been upgraded from bottles to baby cereal. 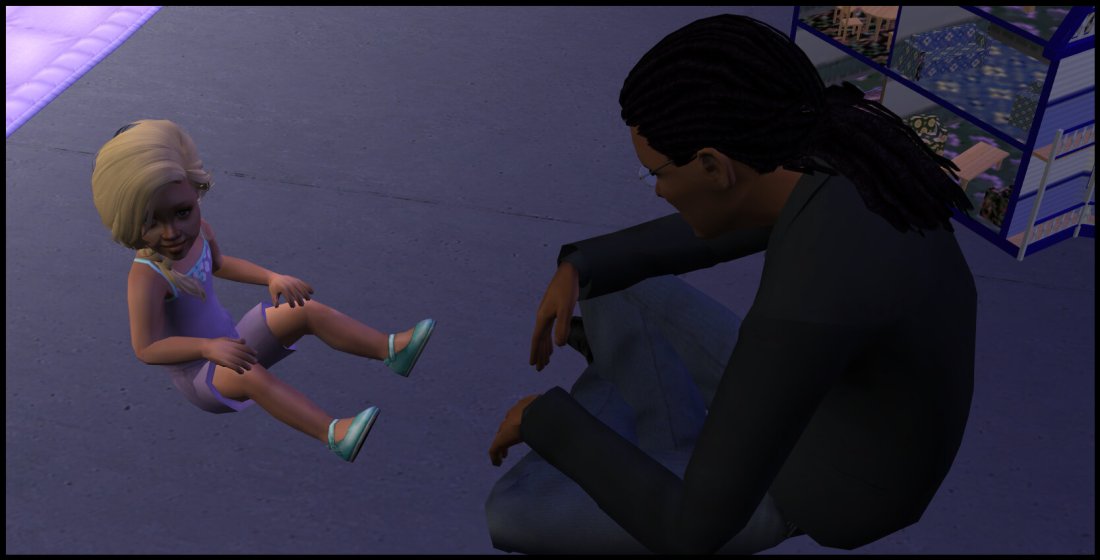 And then she learns some words. 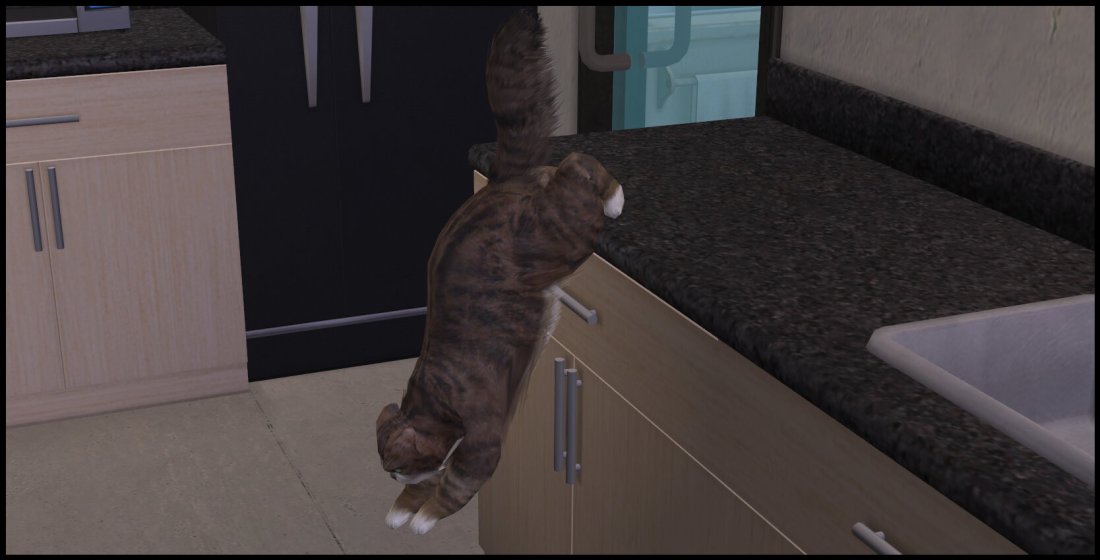 I caught Kincaid mid-leap and had to take a pic. 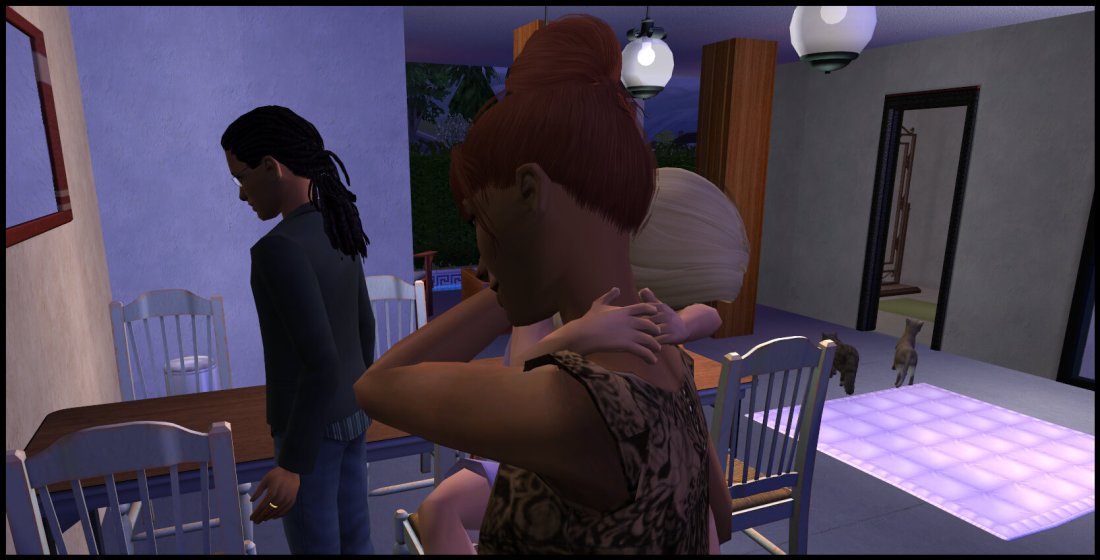 Mom gets home from work and now it’s her turn to care for Ivy while dad gets his needs up before leaving to work himself.

Mom and Ivy both needed fun so they played an adorable game of peek-a-boo that even had me laughing.

While Ivy was waiting for daddy to wake up Ichapod came into the room.  It’s only fair that he gets a hug since Kincaid already did!

And now that she’s learned to talk Ivy begins learning to walk. 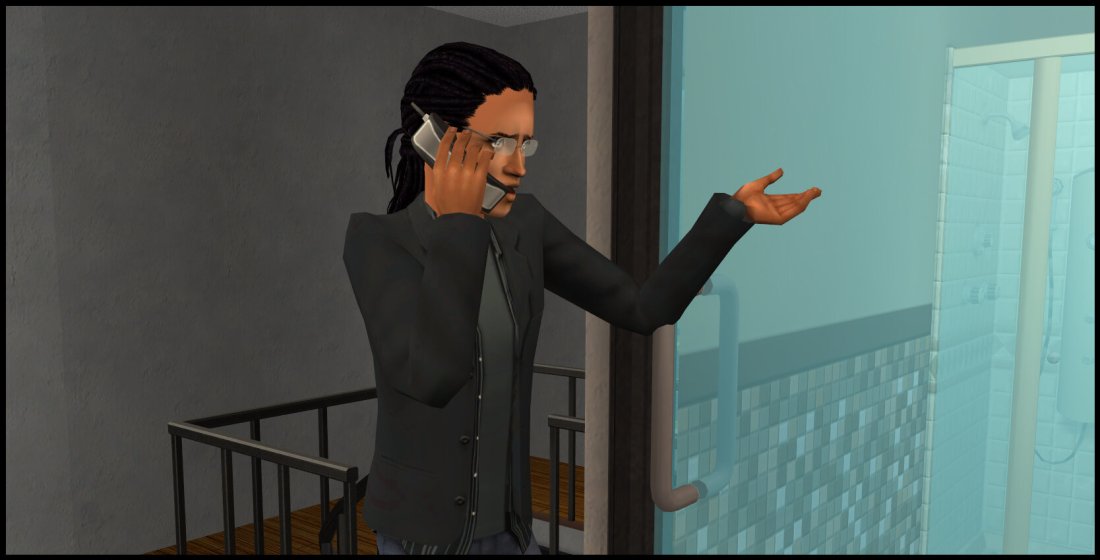 While Ivy was sleeping Ezra spent a few hours chatting with the only sim he knows becoming friends so that Drienna gets a promotion.  Who is he chatting with?  Mark that Neoma dated at the very beginning of T-Park! 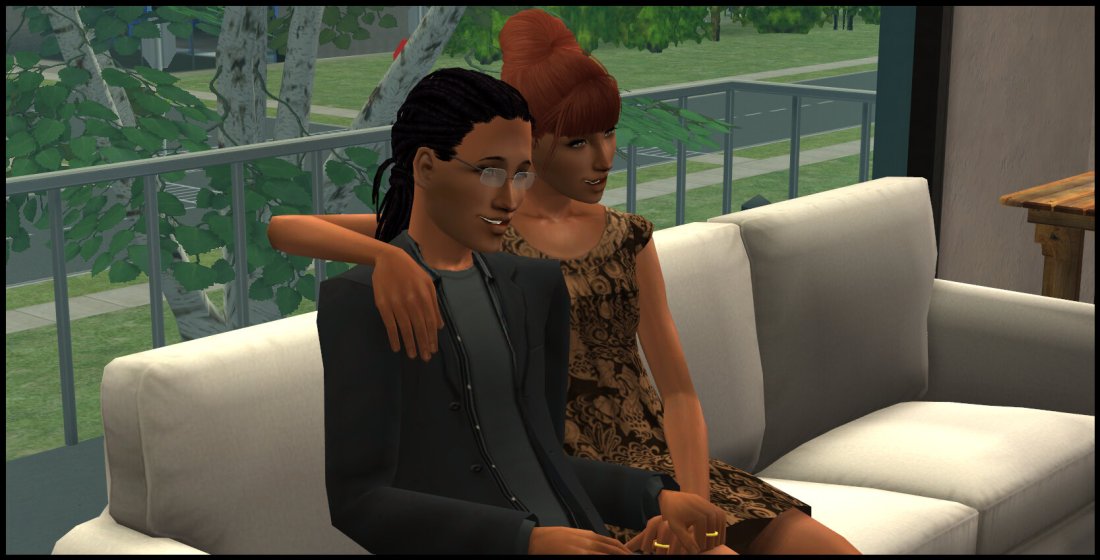 They are so sweet together.  Like I said about Fannie’s parents, I really didn’t expect to get attached.

While the cats play nearby and entertain me!