A/N: I’ve been thinking about it and I really have no interest in keeping up with this one.  I guess I’ll just figure out when the girls need to age up in comparison to the rest of the family.  I’ll likely do some sort of “meeting” chapter when they’re teens or something at least.  Which is why there’s no Monday for them. 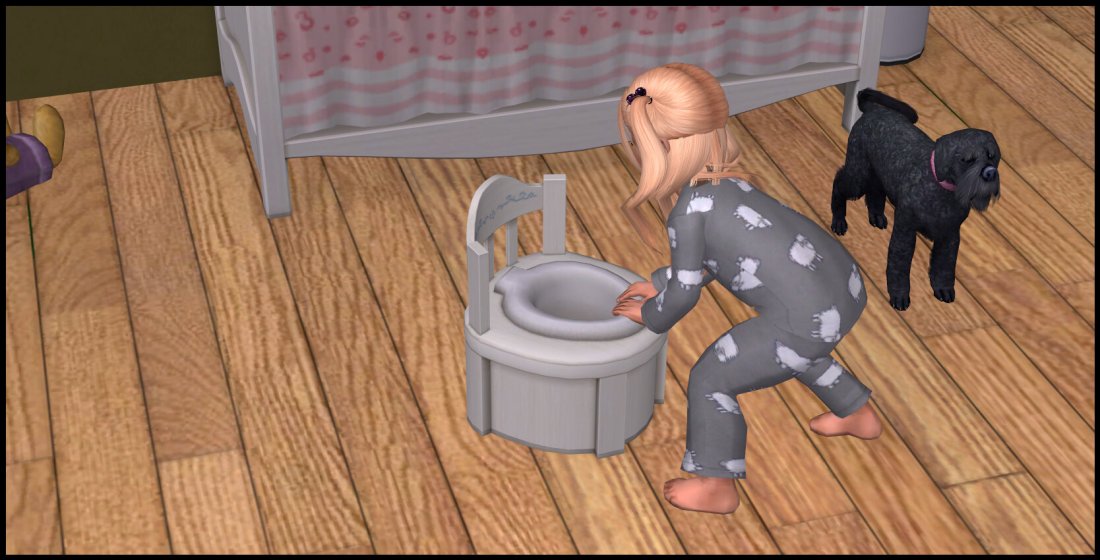 Fannie was finally potty trained and since she woke up way before her dads I moved it up to her room so she could potty instead of waking one of them up.

Not so cute.  Gross!  Is it just the yellow pee mod or does pee never evaporate in this game?!?

A warning popped up about the bills and I looked and looked and found them way back on the seldom-used deck!

Fannie was potty trained and had learned to walk so all that was left the day of her birthday was to finish learning to talk.

So cute!  But an odd outfit to age up in.

I think she enjoyed trying on some new ones after daddy Drew took her to a clothing shop.

They brought Peppa along.  She was the model of a good pet… unlike the cat that destroyed that couch completely! 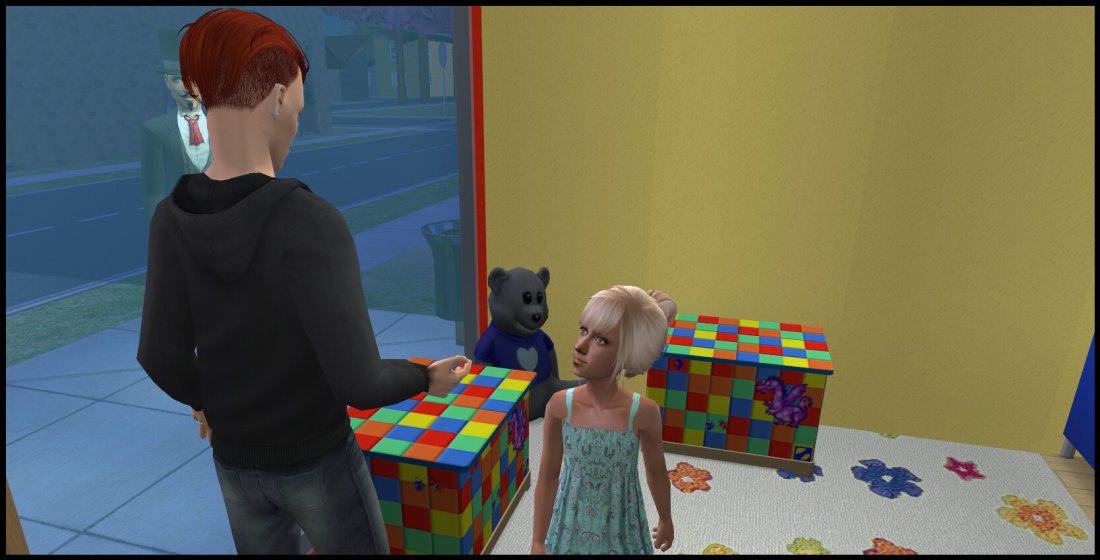 I was trying to decide between three outfits and accidentally bought them all.  They went to a toy store next but there was nothing actually buyable.  Not sure exactly how non-home businesses work in this game truthfully.

While waiting for Drew and Fannie to return home Todd solved the question of why the hedges look so unruly.  Apparently, they need trimmed!  This place is a mess.  Unlike her sister’s house, they have no hired help.

And Fannie returned to find her bedroom now set up for a child!

Now that I knew about the hedges needing to be trimmed I realized that the DuPont house is completely surrounded by hedge!  I was thinking I’d end up having a maid and gardener and remembering that the nanny mod I’d used has an all-in-one option I tried using that.  But, every time I tried I got the same message.  I’d had both of the parents do it and so when morning came two helpers showed up!  I later had Ezra fire the red-head because I think the other girl is cute.

Mom plays a little chess while keeping an eye on Ivy playing in her room.  Unlike her twin, Ivy had already learned all of the toddler skills the day before.

Which apparently resulted in me taking no other pics of her that day!  I have no idea what this room is that she’s in?  It’s not the NPC lady’s room that has a white bedspread.

Did she get sunburned from being in the open-air downstairs???

What the?  Get off your daughter!  You have your own bed.  I really need to put the assignable beds mod back in.  I took it out when there were so many kids in the trailer that I couldn’t control.

Supposedly the new NPC helper also cooks but that obviously isn’t happening.  I have no idea what I’ve done wrong and it was time for me to leave them so I didn’t get a chance to figure it out.

Ivy was woken up to eat the burned mac’n’cheese.  Gross.  It looks like her mom is telling her with her eyes to just eat it. 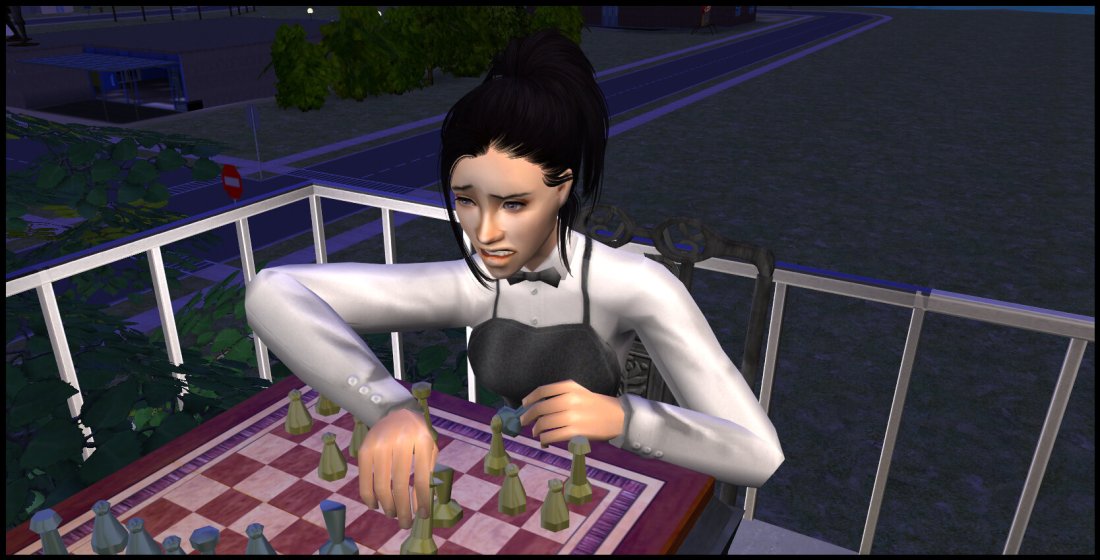 And the new live-in helper (name???) does not seem confident in her job.  Poor girl!