As I mentioned in the previous chapter, despite me just saying I was going to keep doing this series, It looks like it’s just not possible.  Do you remember in the recently published chapter when I messed up moving Willa Rae and learned near the end of the day and several saves that she’d lost all of her relationships?  I saw her intact family tree and memories so I thought it wasn’t that big of a deal. 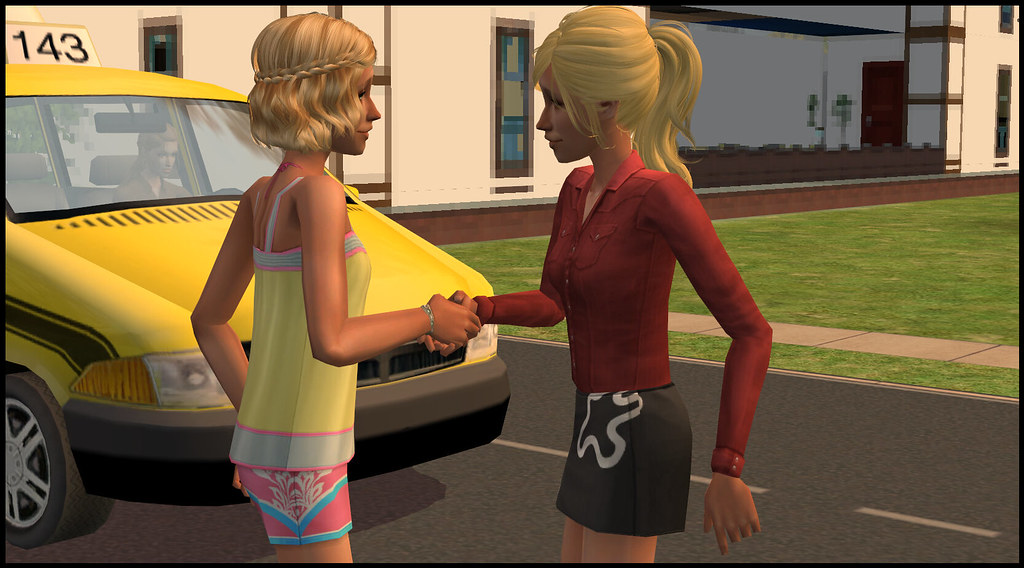 But, it was.  This is her sister Abby Lyn that just aged to teen.  I figured once she introduced herself she would show again in her relationship panel as her sister.  But she didn’t.  So, I checked the family tree and realized that it still has Abby Lyn and her twin Addie Lyn as children.  Moments later the game crashed.

The Sims 2 is a very temperamental game.  It needs babying even more than Sims 3 does.  When I moved Willa Rae and her whole lot into the bin by accident and then placed her back down again I somehow made her like a new sim.  So the game thought there were 2 Willa Rae’s but there was only one.  She still had her memories and her family tree was there but it was like she was a copy of the original Willa Rae. 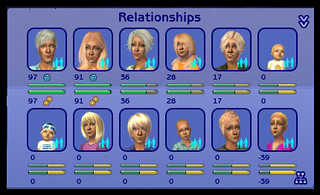 Anyway, I thought it was still salvageable.  I could just find the backup save and play up to where I am right?  Uh, no.  This is her relationships in the backup save.  All the kids are in their previous lifestage.  Basically, I’d have to play a whole lot to catch up and nothing would happen the same like Stevie Ray getting that job or Bobby Ray meeting that girl.  I believe this was right after all of the kids moved out actually because even Ginger Rae is a teen.

I was already having some problems with this save before this.  Like there were no graves at the graveyards and a few weird things here and there.  This is the save that I’ve used for years for my challenges so who knows what other things I did to mess it up.  I was looking over T-Park chapters trying to find pics for the finale chapter and even came across a few times I mentioned that I thought the lot was bugged and went as far as to move them all out which resulted in losing their pictures and a few other things.

My only option would be to save all of them using SimPe and Bodyshop and move their clones to a fresh save which I’ve tried to do before and it was really confusing so I decided to just cut my losses.  On the bright side, I thought up a little ending story for each of them to wrap things up nicely.